5 Canadian Films to Watch While High

Are you ready for one of the greatest pairings in history? Cannabis makes the perfect companion for a trip through the National Film Board of Canada’s archives.

The NFB is an almost 80-year-old institution that produces films with a distinctly Canadian point of view. They have a lot of leeway when it comes to making experimental and non-conventional works. And that, my friends, translates into some pretty trippy viewing.

FIND CANNABIS NEAR YOU

Some films have titles that you’d think were drug-related but are most definitely not—films like Small Smoke at Blaze Creek, which focuses on forest fires, not blunts. But it doesn’t take much digging to turn up some real gold. So, light up, grab some snacks, and settle in for some serious stoner fun.

Project Grizzly , Peter Lynch, provided by the National Film Board of Canada

Meet Troy Hurtubise, a man who came faced to face with a grizzly bear and lived to tell the tale. Ever since, he’s been building a bear-proof suit, hoping to once again cross paths with “the old man.” Seven years and $140,000 later, he thinks he’s got it. And we get to watch him test it in all kinds of delightful ways, like being hit dead-on with a 400 lb log from 40’ in the air. Keep in mind, this is a man who shaves with a bowie knife. Just make sure you’re high enough to ignore the fact that he’s spent a small fortune protecting himself from bears yet keeps heading into grizzly country dressed as literal prey. You’ll see.

Caninabis, Kaj Pindal, provided by the National Film Board of Canada

This bizarre cautionary tale about a dog on dope kind of makes you wonder what the filmmaker was smoking when he created it. When a stray dog is discovered to have a good nose for cannabis, the local police force uses him to take down some of the biggest drug dealers around. But our pooch’s penchant for pot gets the best of him, and when his performance slips the cops give him the boot. Which is totally uncool, because they were his biggest enablers when it served their purpose. You haven’t lived until you’ve watched a cop roll a fatty for a pooch.

Turn the lights down low and the volume up loud for this part existential, part horror, and completely surreal cinematic experience. This is the perfect stoner film. There at least 3 instances in which you kind of shake yourself out of daze and say, “What’s going on again?”

As the film opens, Madame Tutli-Putli boards the night train (first mistake) with all her earthly belongings. Who is she? Where is she going? Why does she look so sad? We don’t know, but it doesn’t really matter. You’ll get sucked into her story all the same. Don’t resist. It’s well worth the ride.

Related
7 ‘Eye Candy’ Movies to Pair With Your Favorite Strain

Quilt, Gayle Thomas, provided by the National Film Board of Canada

Looking to get high and completely zone out? Look no further.

Related
Me, the Munchies, and My Chopsticks: A Smarter Way to Snack

La Salla , Richard Condie, provided by the National Film Board of Canada

Check any expectations of reality at the door for this one. Richard Condie, the animator behind this little gem, is a Canadian filmmaker with a whole roster of crazy films. My favourite is The Big Snit, which pretty much draws a straight line from Scrabble to nuclear war. But we’re not looking for straight lines here.

This Oscar-nominated film takes your classic tale of temptation, complete with shiny red apple, and sets it to a comedic operatic score. Our protagonist is some sort of man-child who reigns over a room full of wind-up toys, and boy, does he love playing god. The problem is, he gets carried away and things get a little out of control. Pay attention – the laughs are in the subtitles.

Related
6 Menacing Anti-Cannabis PSAs That Only Canadians Will Remember

Orange, Sylvie Trouvé, provided by the National Film Board of Canada

This one-minute short is one of the trippiest things you’ll ever see. It’s the kind of film that makes you wonder if you’re high, even when you’re not. The city of Montreal comes alive—literally—under the skillful hand of animator Sylvie Trouvé. And there’s even a surprise appearance by the famous orange cones—a staple of Montreal’s never-ending construction scene. 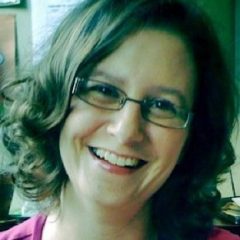 Julie Matlin is a freelance writer based in Montreal. Her work has appeared in The Globe and Mail, Canadian Living, and Today's Parent.