British Columbia is world-renowned for its cannabis culture and that includes comedy shows, seminars, and exhibitions of artful accessories. If you find yourself in this coastal province during July, check out these 420-friendly happenings and make the most of Canada’s first official summer season since legalization!

Are you hosting a cannabis event in British Columbia? Email canadaevents@leafly.com to share your event with the Leafly community.

Patrick Vrolyk of Red Beard Glass is the man behind the legendary three-day festival that celebrates “glass, grass, music, and culture.” Details are scant on their website but follow @RedBeardGlass and @gcgg.ca for teasers of this year’s site and ways to enter their Great Canadian Canna Cup. This year’s festival focus is on community and education. Single day tickets start at $100.

You’ll laugh, you’ll cry, you’ll smoke a phatty. Bask in comedy with Andy Packer and homegrown talent. $10 in advance and $15 at the door.

Join the Cannabis and Hemp Science Seminar series for a full afternoon of lectures for just $25 where attendees will get down to the cannabis growing, testing, and manufacturing nitty-gritty. Lectures include topics like how to set up and start your own cannabis testing lab, and the GC Terpene Cannabinoid Entourage Effect. Expect a full set of exhibitors as well. 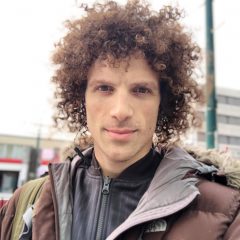