Jane’s Domain: Please Allow Me to Introduce Myself

Editor’s Note: This week cannabis entrepreneur Jane West, founder of Women Grow, joins Leafly as a regular contributor and columnist. One of the industry’s sharpest and most vibrant leaders, West will bring her insights to Leafly twice monthly in her new column, Jane’s Domain.

I became Jane West to prove that I could change my life in a monumental way. I realized that I was the person holding me back from seeking out the bigger and better.

Jane is my nom de plume of pot, adopted because I needed to take a leap out of my former professional career. That I did, head first.

Three years ago I was a corporate event producer, living and raising a family in Denver. In 2013 I created a 420-friendly startup, Edible Events, while keeping my day job. The two parts of my working life remained separate until Feb. 26, 2014, when I appeared in a CNBC documentary on legal marijuana. My boss saw the show — and me — and the next day asked me to make a choice. I could keep my day job, or I could become “Jane West” of Edible Events. 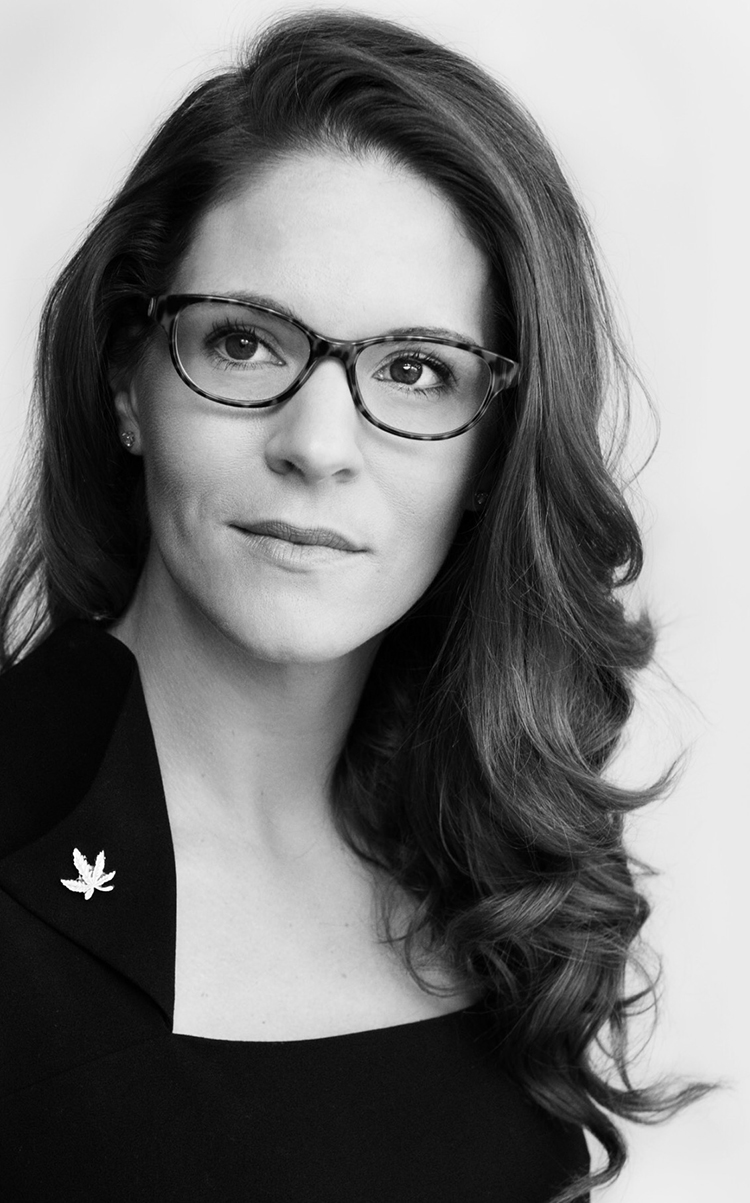 That’s not to say this change came without difficulty. I’ve experienced more than my share of doubt, fear, and indecision. At times I’ve struggled with the feeling that I was in way over my head. But as I worked through the struggles, I found that Jane West was stronger, smarter and more powerful than the person I had been. Finding the real Jane allowed me to leave behind the parts of my life that were just adequate in favor of the inspirational and the extraordinary.

As a result, at the age of 40, my past two years have been full of these firsts:

I lobbied in Washington, D.C. (and a year later brought 78 women from 16 states with me).

I was the defendant in a criminal courtroom. Five times.

I got fired from a job for the first time in my life.

My parents permanently moved to the state of Colorado.

I wrote the foreword to a published book.

I now know that marijuana is safer than alcohol.

My kids and I watched a story about myself on the NBC Nightly News.

I wrote my first hashtag, and now #byoc is a thing.

I started sleeping fewer than six hours a night.

I produced a concert at Red Rocks Amphitheatre funded by the cannabis industry showcasing the musicians of the Colorado Symphony Orchestra.

I raised more than $200,000 for not-for-profit organizations.

I missed irreplaceable moments, days and weeks of my kids’ lives.

I stayed in four of New York’s swankiest hotels and spoke at an event on Madison Avenue with New York state Sen. Diane Savino.

I flew to Boston for a private party at a castle.

I ate lunch on the rooftop of the Soho House while people dipped in the pool on a hot August afternoon.

I stopped my five-times-a-week yoga routine.

I appeared on every major news network, with over 2,000 exclusive articles and mentions.

I almost drove off the road when I heard on NPR, “The Colorado Symphony Orchestra combines cannabis and classical music on a high note in Colorado. I’m Neal Conan and this is Talk of the Nation.”

I celebrated my sons’ fourth and sixth birthdays.

I had an entire chapter of Weed the People, published by Time, written about my events. It was titled “Classically Cannabis”.

I was the “talent” at a four-hour editorial photo shoot.

I celebrated my 38th and 39th birthdays.

I had the best sex in my entire marriage.

I celebrated my tenth wedding anniversary.

I smoked a blunt with Snoop Dogg and a few joints with Willie and Annie Nelson.

I have put on more makeup than I have in the past five years combined.

I was way too nice to people who didn’t deserve it.

I didn’t thank my parents enough.

I started wearing heels on weekdays.

I was in something called a “sizzle reel,” and it wasn’t pretty.

I consumed more cannabis on a weekly basis than ever before in my life.

I founded an international professional networking organization for the future leaders of the cannabis industry, Women Grow.

The entire time I was completely me.

Jane is the founder and national events director of Women Grow.