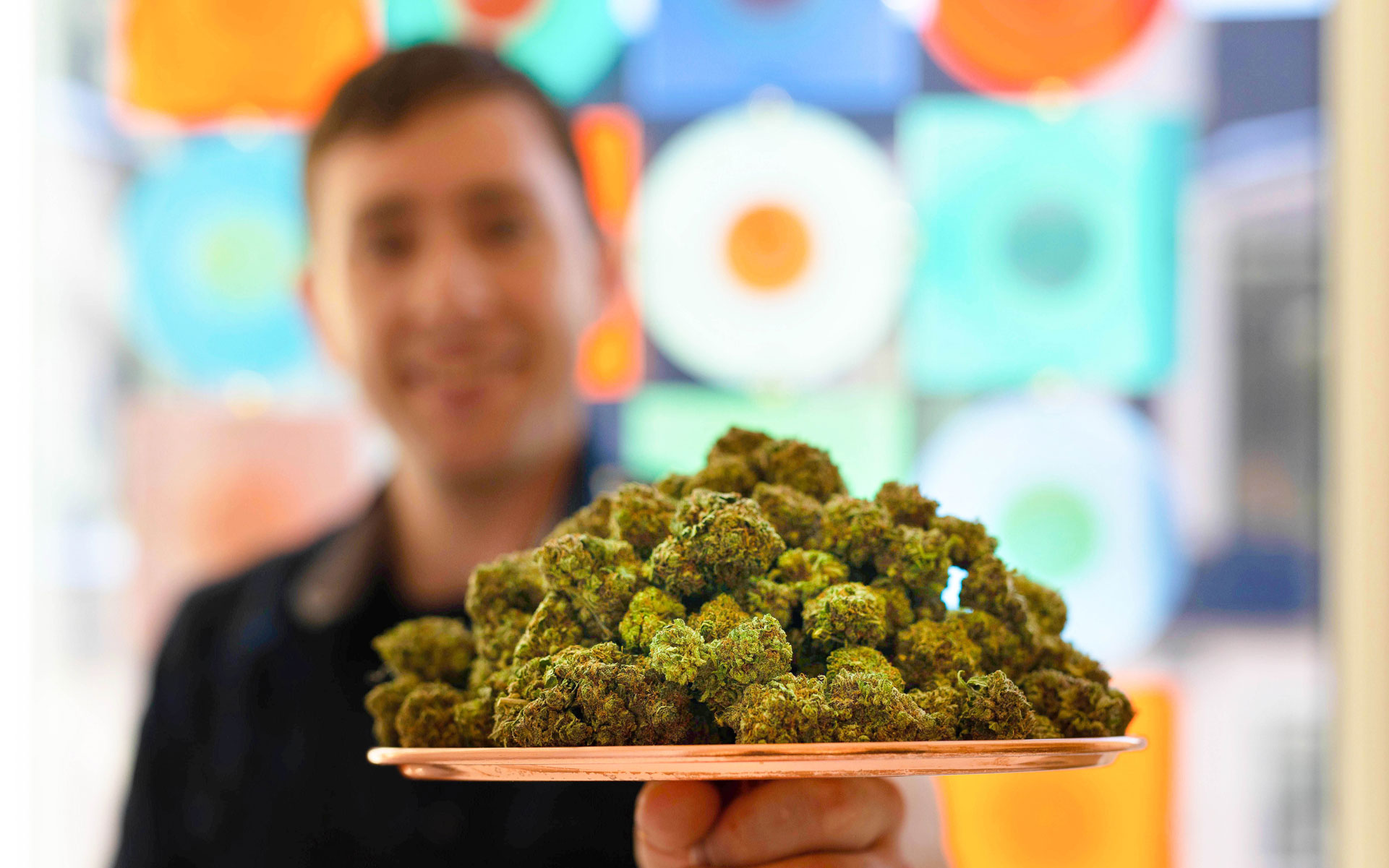 Each and every single day, it’s a chaotic shuffle to make and serve up beautiful dishes to hungry customers. And, for every professional chef at work, there’s no shortage of workplace hazards: physical injuries, non-stop shift work, lack of benefits including paid sick time, standing for 10 hours without breaks, and cramped kitchen spaces, just to name a few.

Many chefs, young and old, are often drawn to the demanding profession to create food that people desire but find themselves at a crossroads, for their mental and emotional health, when stuck in toxic kitchen environments.

This is why so many are turning to cannabis and the various products and strains available on the market to help with anxiety, as an appetite stimulant, and as a sleep aide. 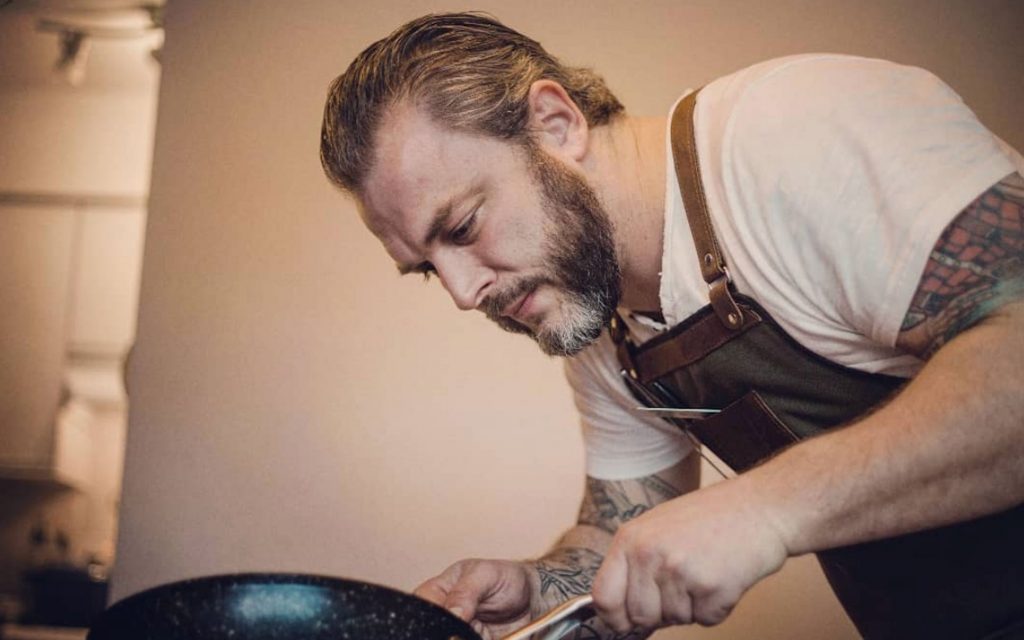 When Travis Petersen first appeared on TV screens in 2016 on MasterChef Canada, he had decided he needed a change in life. He was a business development manager in the oil and gas industry in Alberta and wanted to do something different and take a risk— filming MasterChef Canada was it.

When filming was over, he decided to follow his heart and become what is now known as The Nomad Cook, a private chef. “For the first two years, I traveled around the country doing private and pop up dinners,” but it wasn’t until he came back home that he decided he wanted to try his hand at something a bit different: cannabis-infused dinner.

As an avid cannabis smoker, who has used the plant for anxiety, he launched his first infused dinner for 4/20, serving 164 guests over four days, 10 people per seating.

While Petersen typically smokes after work, he finds he is drawn to smoking sativa strains but explains that since fully incorporating himself in the culinary world, he finds that distillate is the perfect sleep agent. Petersen shares “I tend to wake up a lot throughout the night and I found the right [dose] will help me sleep throughout the night, without me waking up the next day too cloudy.”

Right now, he believes the future of food and cannabis is really in CBD sharing, “I had the flu a couple of weeks ago and made myself chicken noodle soup, but I used a CBD-based broth and infused my noodles with THC, it helped me.”

Find Sativa Strains Near You 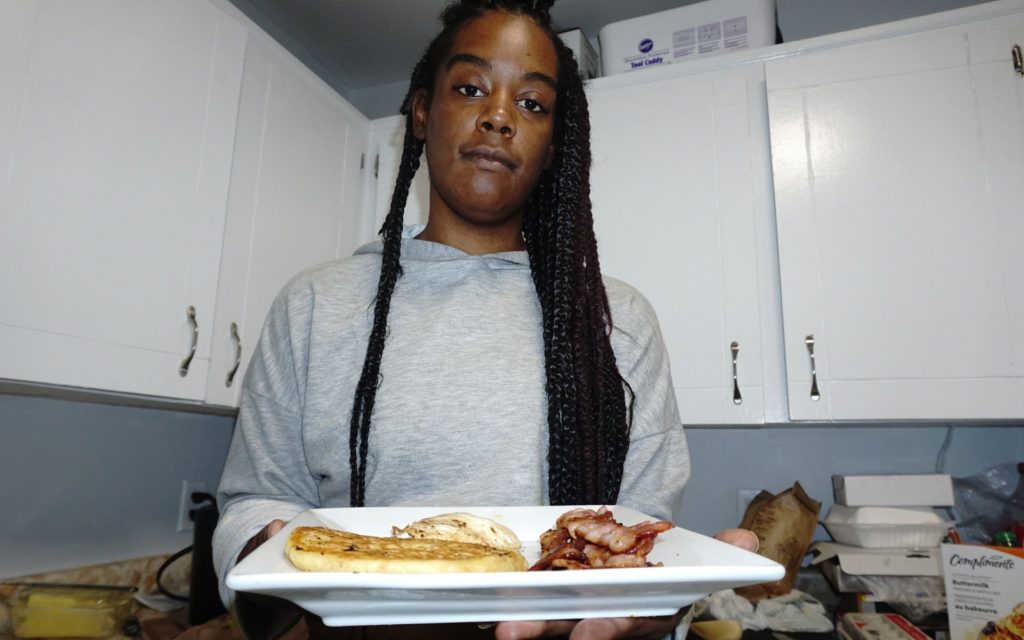 Kitchen culture reigned supreme when Ebeni Skinner was growing up.

“Anytime there was a big get-together, there was always food around, […] laughter in the kitchen, and just like, good times no matter what.”

Although nobody in Skinner’s family worked in the hospitality industry, their passion for food inspired her to follow her own dream to pursue food and re-create that kitchen culture for others. She enrolled at The Culinary Institute of Canada in Charlottetown where she was mentored and given hands-on training on the different standards for in the kitchen.

As a medical cannabis patient, Skinner typically uses the plant for her ADHD, which she’s had trouble with since a child. “As I got older and I started to learn the benefits of cannabis, I began to realize how helpful this could be and then I found the right strains for me,” she explains.

Before work, Skinner will smoke from a black and white glass bong named ‘Cruella Deville.’ She’s been really into smoking Gather from the Solei brand but prior to that, she exclusively smoked Girl Scout Cookies.

“When I have the right strain, it’s like I’m focused and my nerves are gone. I’ll just sit down, smoke a bowl and then after a little while, I’ll start to feel myself relax and able to focus again.” Right now, Skinner is working at Terre Rouge, which was named one of Canada’s top 100 restaurants in 2016.

In Photos: What It’s Like to Attend a Cannabis-Infused, $150-a-Plate Dinner Party 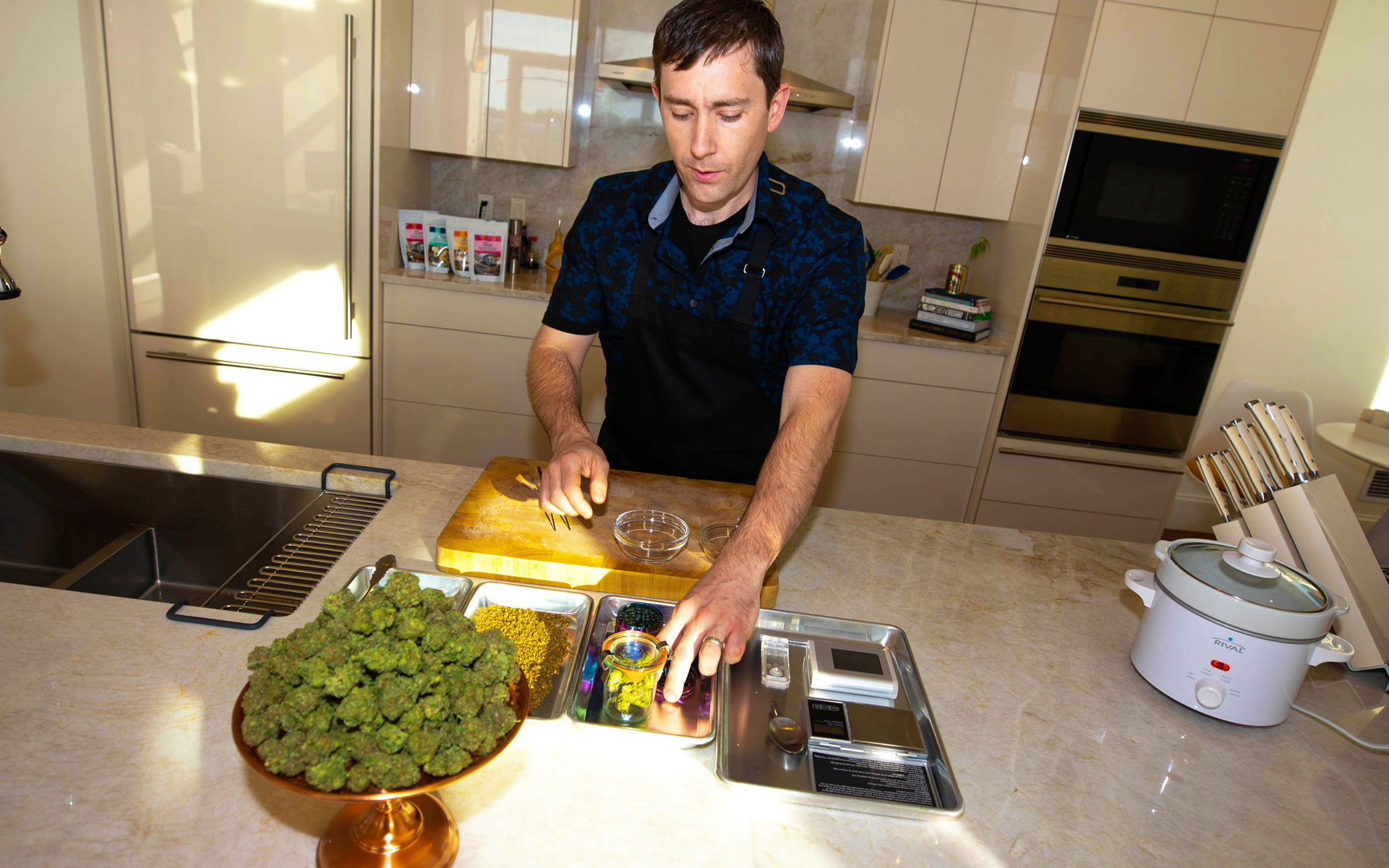 Born and raised in Cape Breton, Nova Scotia, John MacNeil attributes his interest in food to his father who brought him to markets and local docks as a young boy, sharing with him an appreciation for local produce and the bounty of the sea.

Upon his graduation from school, he decided to pursue the culinary arts as his career path enrolling at The Culinary Institute of Canada in Charlottetown. “I really found the passion of what food can be and the high-quality ingredients coming from Canada,” MacNeil professes. After graduation, he worked in kitchens in Calgary, Banff and Switzerland which he explains became “huge influences in my life and my cooking style”. Upon returning to Calgary, he began working in different kitchens and he also discovered the benefits of medical cannabis.

“After being on the line, you’re not really that hungry after work and I found myself sometimes not being able to really eat,” also noting that sometimes he’d be ready to turn his brain off for a bit, but would be hit with a wave of anxiety or a lack of sleep.

Under the advisement of a doctor, MacNeil applied for his Access to Cannabis for Medical Purposes Regulations (ACMPR) and has become what he calls a ‘novice grower’ with two to four plants growing at a time.

He admits, “Work can be very stressful when you’re doing [service for] anywhere between 50 to 100 people per night,” but something that he looks forward to is rolling a cone of the Jack Herer or DelaHaze sativa strain, while Pink Kush is his go-to for edibles.

His love of edibles helped him to develop a line of products, reTreat Edibles, which blends cannabis infused oil or concentrated oil from licensed producers with premium quality ingredients.

Find Jack Herer Near You 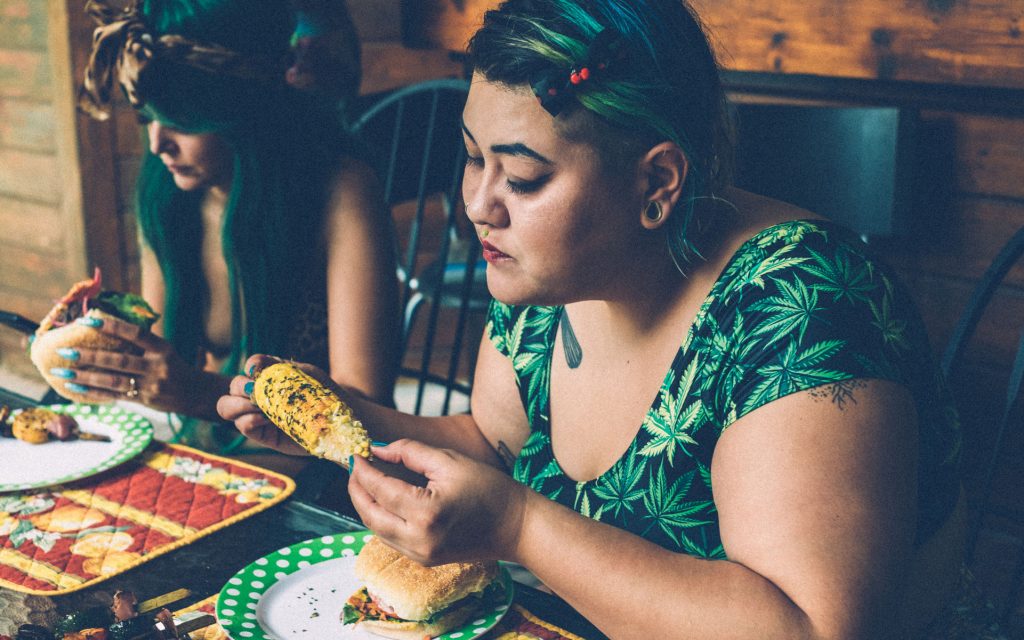 For as long as she can remember, Lida Tuy has been working in kitchens. All throughout high school, she worked in food service and loved the energy, so she decided to enroll in George Brown for Culinary Management.

While she’s only been cooking ‘professionally’ for five years, she feels like she has learned so much, not just about food but also, about herself as a person. As a medical cannabis patient, Tuy discovered that working in kitchens, “you have to numb yourself to that dull craving for food constantly, and it kind of gets a little frustrating because a lot of chefs don’t eat for the whole day because they have to dull that sensation of hunger, and you just have to get through your day.”

As a person who has struggled with anorexia, she found that cannabis pre- and post-work helped her with her appetite. Tuy will make a batch of cannabutter, which has been super helpful for her metabolism issues because of how slow it is to dose. “Since I don’t know when it’ll hit me, I’ll just feel the comfort or the relief.”

Currently, she works in hotel banquets and finds herself in the position of working long hours while pushing out 80-100 meals in a day. This rate can often lead to a lot of general body discomfort and pain, which Tuy shares strains like Blue Dream are super helpful with.

“The first time I got my prescription and went to a dispensary, the first strain that I saw on the list was Blue Dream, and I thought it just sounds cool. I smoked some, and I was having really bad back pain that day, and within five minutes of smoking this bong hit, I just was feeling such relief.” For Tuy, using the plant has helped her “feels almost like that rock is being taken off of my shoulder, it’s like it’s easier to breathe.” 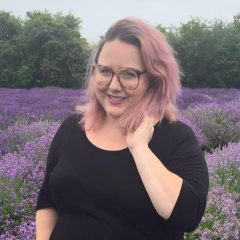