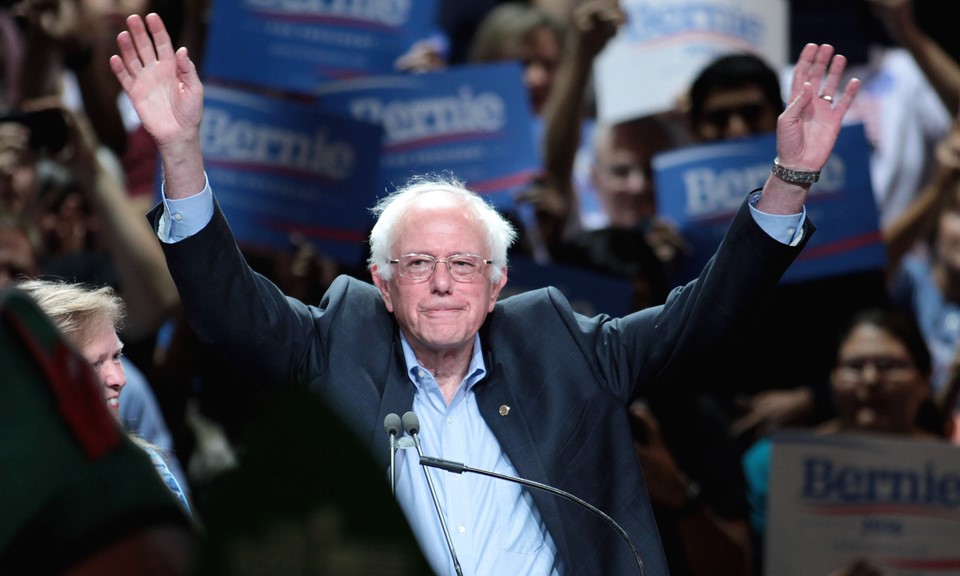 Continuing with his trend of vocalizing support for ending prohibition, Bernie Sanders made a tremendous speech at George Mason University in Fairfax, Virginia, wherein his stance for ending federal cannabis prohibition was made official.

“Too many Americans have seen their lives destroyed because they have criminal records as a result of marijuana use. That is wrong. That has got to change.”

The college auditorium erupted in cheers at this statement, along with thousands of other Americans tuning in via live-streaming.

Using statistics from a report released by the American Civil Liberties Union, Senator Sanders offered the sobering numbers of a failed criminal justice system. During 2014, there were 620,000 arrests for marijuana possession, amounting to one arrest per minute, with black Americans facing a severe disadvantage. Despite equal usage of cannabis by white and black Americans, if you are black, you are four times more likely to be arrested for the possession of marijuana.

Sanders finds these numbers appalling, too, and he thinks it’s time we do something to change this.

“In my view, it is long overdue for us to remove the federal prohibition on marijuana.”

Make no mistake, though, Sanders is not necessarily advocating that every state should legalize, but rather making the case that if a state chooses to legalize the personal use, possession, and sale of marijuana, the recognized businesses within that state should be able to access federal banking institutions without fear of persecution.

This highlights another huge problem that has plagued the cannabis community since marijuana made it into the mainstream. Businesses operating in the cannabis sphere can’t use banks due to federal restrictions, which makes even the simpler tasks involved in running a business – paying employees, paying taxes, not to mention keeping large sums of cash in a secure location– extremely difficult.

Speaking of taxes, Sanders made a note of the legal revenue raised in Colorado that is now going back to the community in order to fight substance abuse and addiction.

His speech ended on a strong, poignant note:

“In the year 2015, it is time for the federal government to allow states to go forward as they best choose. It is time to tax and regulate marijuana like alcohol, it is time to end the arrests of so many people and the destruction of so many lives for possessing marijuana.”

This is hardly a new revelation from The Bern, having been a vocal opponent of the War on Drugs since at least 1991, when he delivered an impassioned speech urging his fellow members of Congress to change drug policy and stop disproportionately punishing people of color.

Which other presidential candidates are going to step up to the plate and take such a bold stance? Brush up on their cannabis policies and learn more about Bernie Sanders and his desire to end the War on Drugs.