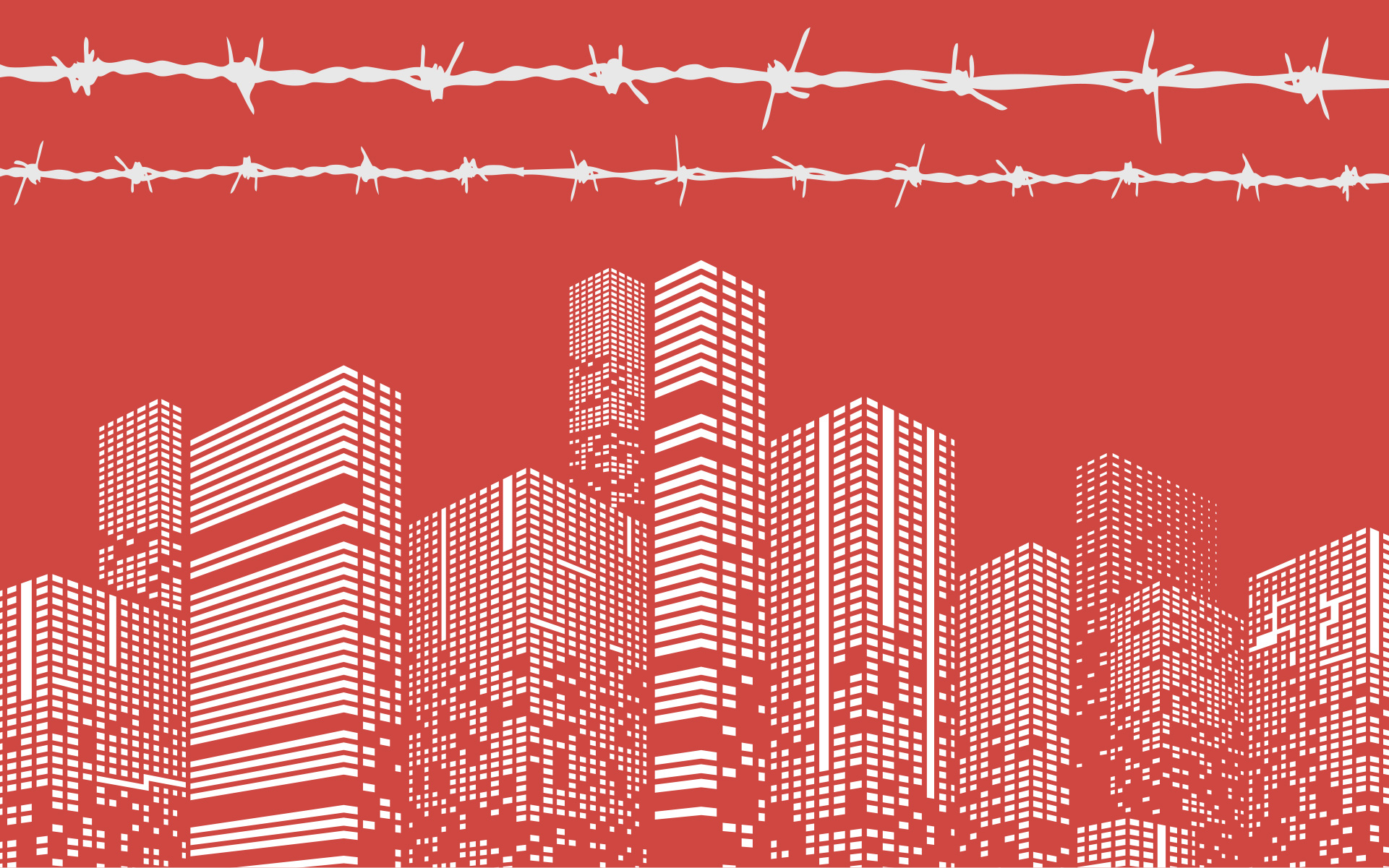 Like literally millions of people, from the jazz cats of the 1930s to some poor soul just last month, I’ve been arrested and prosecuted in Manhattan for smoking reefer.

On an unseasonably warm December night in 1999, a close friend and I were wandering around Greenwich Village, looking for a discreet place to blaze, as we had many times before. Only I guess on this particular occasion we didn’t look hard enough (or just had bad luck) because not very long after we lit up, a stranger approached wearing a puffy jacket and a New York Yankees baseball cap. We both thought he was going to ask for a toke off our jay, right up until he pulled out one of those badges that undercover cops wear around their necks.

Revel in the Liberties of Legal Cannabis

We spent the next few hours in the back of a nondescript van, handcuffed to each other, while the cops who busted us looked around for other “quality of life”
violations. Then we got booked (fingerprints, mug shots) and placed in a small holding cell for a few more hours before finally getting transferred to “the tombs,”
where petty offenders have been taken to await a judicial hearing since 1838.

Around noon, we got handed the worst sandwich I’ve ever encountered—before or since. I gave mine to a homeless guy, who told me he got himself arrested on purpose, primarily for the sandwiches. Which, given the fact that the US spends over $3 billion on cannabis arrests
annually, was a pretty sad commentary on the way society takes care of the least among us.

After all that waiting, I finally met with my state-provided legal representative for about three minutes from behind bars. She said I was stupid for smoking pot, but that if I pled guilty, it would be no big deal. Adjourned pending dismissal, meaning stay out of trouble for a year, and the whole incident would be stricken from the record. Like it never happened.

So basically I broke even—except for a free bowl of Frosted Flakes and a complimentary subway token on my way out the door.

My arrest happened at the start of the “stop and frisk”
era, a dark age in New York City’s history during which an already racist policy of cannabis prohibition became supercharged by law enforcement policies that pushed officers to literally grab citizens at random, almost exclusively in predominantly minority neighborhoods, and search them on the spot, with the goal of putting as many people as possible through the criminal justice system. All part of a “broken windows”
approach to policing that saw arrests for cannabis prohibition spike demonstrably under then mayor Rudy Giuliani, while the already disproportionate targeting of people of color only got worse.

Of course, that’s not how I—a white guy walking through an affluent neighborhood—got popped, but it was happening all over the city at the time. In fact, I later bitterly joked to my friend that the worst part of the whole incident was knowing that my arrest meant the cops had to bust seven or eight black guys for weed just to keep up their statistics.

Current Manhattan District Attorney Cyrus Vance, Jr. agrees with that assessment, which led him back in June to propose a policy of ending almost all arrests in his jurisdiction for possession and consumption of cannabis with a goal or reducing overall prosecutions by 96%. Last year Vance’s office handled 5,500 cannabis arrests; the new policy should bring that down to less than 200.

“Every day I ask our prosecutors to keep Manhattan safe and make our justice system more equal and fair. The needless criminalization of pot smoking frustrates this core mission, so we are removing ourselves from the equation.”
Cyrus Vance, Jr., Manhattan District Attorney

“Every day I ask our prosecutors to keep Manhattan safe and make our justice system more equal and fair. The needless criminalization of pot smoking frustrates this core mission, so we are removing ourselves from the equation,” Vance said recently, after announcing that the new policy would go into effect August 1st. “Our research has found virtually no public safety rationale for the ongoing arrest and prosecution of marijuana smoking, and no moral justification for the intolerable racial disparities that underlie enforcement.
our office will exit a system wherein smoking a joint can ruin your job, your college application, or your immigration status.”

The Brooklyn District Attorney has already implemented a similar pilot program
, and since January prosecution of low-level cannabis cases in the borough has plunged by 91%. Even better, New York Governor Mario Cuomo just announced
the creation of a working group tasked with drafting legislation that would officially legalize cannabis statewide.

None of which can happen fast enough for the city’s green-minded residents, as, according to Leafy’s recent three-part series
on cannabis in New York City, “cannabis arrests are significantly down
… but the racial disparities in those arrest figures aren’t getting any better. In fact, the disparities in white, black, and hispanic cannabis arrests were worse in 2017 than they were in the previous year.”

I no longer live in New York City, but when I realized I’d be spending a couple of days in the city less than a week after the new enforcement guidelines went into effect, I rolled up a few joints of Sour Diesel
—New York City’s all-time classic cannabis strain—and set out on a weed-fueled walking tour of Manhattan.

Here are a few of my highlights:

I started my tour on sacred ground. A colorful sculpture marks the spot on 135th Street where Harlem’s legendary “Tree of Hope”
once served as a neighborhood gathering spot for the jazz musicians of the 1930s, who came to exchange greetings, share gossip, and seek out gigs.

Next, I visited the statue of former New York City Mayor Fiorello Laguardia. In 1944, in direct response to a virulent case of Reefer Madness then sweeping the country, he released the findings of a blue-ribbon panel he’d commissioned to study cannabis.

12 Cannabis Books That Changed the Game

The landmark report
, which boasted the endorsement of the prestigious New York Academy of Medicine, concluded, incontrovertibly, that cannabis is a safe and effective medicine, its supposed harms had been greatly exaggerated by the media and politicians, and recently implemented federal laws against the plant were dangerously misguided.

I hope that when the new New York State legalization bill is written, it will be named after Mayor Laguardia. Until then, you can go say “high” to him, like I did, on Laguardia Place between Bleecker Street and West 3rd.

Central Park is by far the best place in Manhattan to be under the herbal influence—just be sure to seek out one of the many places where you can get away from the crowds for a moment, like deep in the ramble or in a forgotten back pathway of the Shakespeare garden. And don’t forget to pay a visit to Strawberry Fields, which honors the life and legacy of musical icon and cannabis freedom fighter John Lennon.

Returning to the Scene of the Crime

Washington Square Park has served as town square for the city’s bohemian community for more than a century. It’s also where I got swindled once trying to buy a dime bag and ended up walking away with glorified grass clippings.

I didn’t blaze up in the park due to the crowds, though. Instead, to end my tour, I went looking for the exact spot where my friend and I got arrested, nearly twenty years go, which we both remember as having gone down on a specific side street, a few blocks from the park, that’s lined on both sides with classic old brownstones.

I returned to the scene of the crime to celebrate just how much things have really changed. 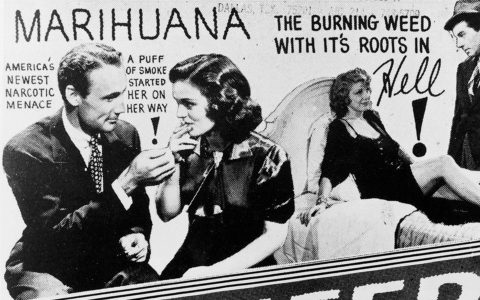 Confirming why ‘Reefer Madness’ is garbage

Weed at work: Know your rights and responsibilities