Which States Are Expanding Their Qualifying Conditions? The Leafly Legalization Roundup 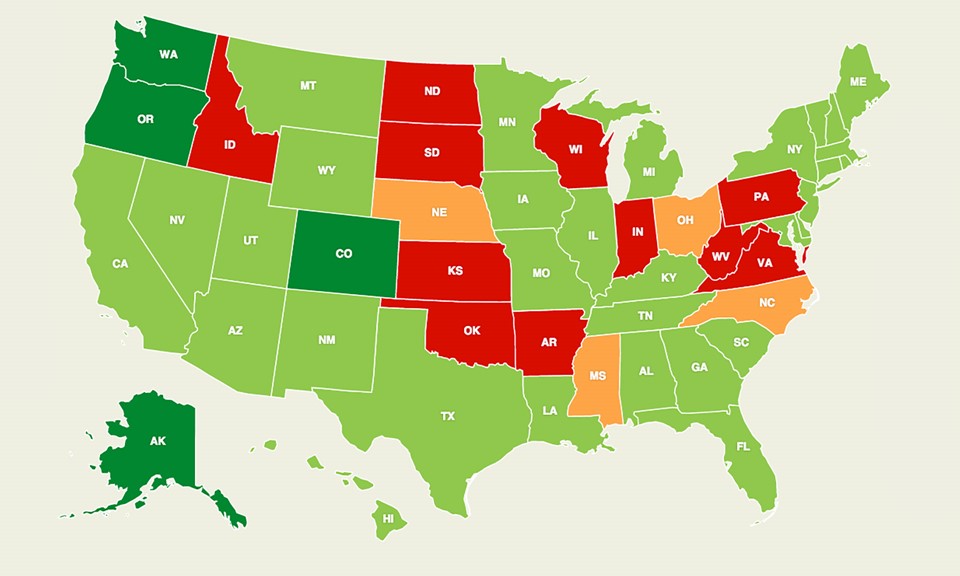 This week brings a plethora of debate for medical marijuana programs everywhere. Multiple states are considering expanding their qualifying conditions for medical cannabis
, and the states that have rejected the addition of certain qualifying conditions are feeling the heat from cannabis supporters. Colorado considered adding PTSD
, Connecticut is debating a new list of conditions, Michigan rejected a plea for autism
, and Minnesota may add intractable pain
to the qualifying list. Whether the conditions are added or rejected, these proposed changes have the potential to change each program state-by-state. What’s happening next? Find out here:

The Colorado Department of Public Health and the Environment and its Board of Health voted to deny sufferers of post-traumatic stress disorder
(PTSD) access to medical marijuana despite a recommendation from Colorado’s chief medical officer and a panel of physicians to add PTSD, which would have been the first condition added to the state’s program in 15 years. The decision has sparked a lawsuit from five PTSD patients
who say that the board applied an improper standard by requiring a federal clinical study as evidence. Authorities have 21 days to respond to the complaint.

Connecticut is also looking at possibly expanding its list of qualifying medical conditions
, as the medical marijuana program experienced a 182 percent surge in the number of qualified patients since the first dispensary opened last September. The Medical Marijuana Program Board of Physicians voted last week to add complex pain syndrome to the list of conditions and is also considering seven different conditions, from severe psoriasis to Lou Gehrig’s Disease
. After the new conditions are added to the regulations, the draft must be approved by the state Attorney General and will likely receive a hearing in the fall.

Florida has three proposed constitutional amendments
to legalize cannabis for recreational use that will be submitted for the 2016 general election. Each campaign must collect 683,149 signatures for its corresponding petition and gain approval from the Florida Division of Elections in order to secure a place on the 2016 ballot. Advocates fear that the recreational amendments, if approved, may derail the state’s current medical marijuana legalization efforts and cost Florida cannabis entrepreneurs a chance to secure a huge new market. Once again, if the amendments gain enough signatures, they will need at least 60 percent of the vote in order to pass.

The Illinois Department of Financial and Professional Regulation just announced the registration of the state’s first medical marijuana dispensary
, Harbory, located in Marion, near the Williamson County Regional Airport. Unfortunately, the dispensary will not have cannabis in stock until October, but it anticipates holding events in preparation for the grand opening to get patients registered and discuss medical marijuana with those who may qualify.

Department of Licensing and Regulatory Affairs Director Mike Zimmer rejected a proposal to expand Michigan’s qualifying medical conditions to include severe autism in children
, citing a “lack of scientific evidence” that medical marijuana relieves the disorder. This decision comes after the state’s Medical Marijuana Review Panel voted 4-2 in favor of the inclusion and leaves many families and advocates feeling frustrated. Many supporters are coming forward with anecdotal evidence
after seeing a marked improvement in the sleep, eating, and overall behavior of children with severe autism with the application of cannabis oil
, and advocates are calling for the state to authorize clinical trials to determine its effectiveness as a course of treatment.

State officials are considering expanding the medical marijuana qualifying conditions to include intractable pain
, which would significantly increase the number of patients who qualify for the program. The state is seeking public input on the expansion and will be holding a series of community meetings on the subject.

If you’re a Minnesota resident who might be affected by this decision and you’d like to submit your comments, you can submit Public Comments online
or you can attend one of the upcoming public meetings. The next meetings will be held in the Twin Cities Metropolitan Area, and there will also be an Advisory Panel meeting on September 3rd at the Minnetonka City Council Chambers
. Get out and make your voice heard!

The Queensland government is expected to spend approximately $3 million for clinical trials
to explore the effectiveness of cannabis as medicine. Health Minister Cameron Dick said that the financial contribution would come from the existing health budget, and that Queensland would be an active participant with the New South Wales government to design and commence the trials in 2016, focusing on the use of medicinal cannabis for children with epilepsy
that is resistant to standard medication.

New Democratic Party (NDP) Leader Tom Mulcair recently pledged to decriminalize cannabis immediately
if the NDP forms the next government of Canada. When asked to clarify the party’s position, Mulcair said the following:

“I want to make sure that everybody understands that the NDP’s position is to decriminalize the minute we form government.”

His statement contrasts the position of the Liberals, who favor legalization over decriminalization, while the Tories have been launching ads criticizing such a policy. The Tory government, however, did overhaul the medical marijuana system in the past year with the creation of the Licensed Producer system
, as well as the expansion of the definition of cannabis to allow for edibles, oils, and extracts
.

In spite of a petition that has attracted overwhelming public support for the legalization of cannabis in the U.K., the government has responded by saying it has no plans to change the law
. An official response to the petition was hosted on the government’s website, stating:

“Substantial scientific evidence shows cannabis is a harmful drug that can damage human health. There are no plans to legalise cannabis as it would not address the harm to individuals and communities….and would send the wrong message to the vast majority of people who do not take drugs, especially young and vulnerable people.”

This is an especially devastating blow to the more than 200,000 residents of the United Kingdom who signed and supported the petition
. All petitions that receive more than 100,000 signatures must be considered for debate in parliament. Without scientific trials and clear evidence upon which to stand, perhaps it’s time to bring this debate up again. 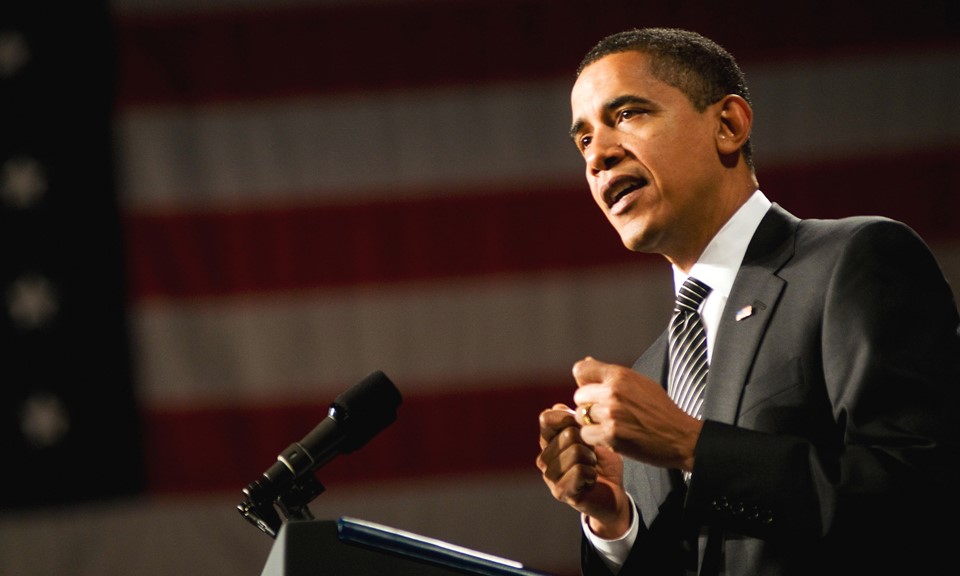 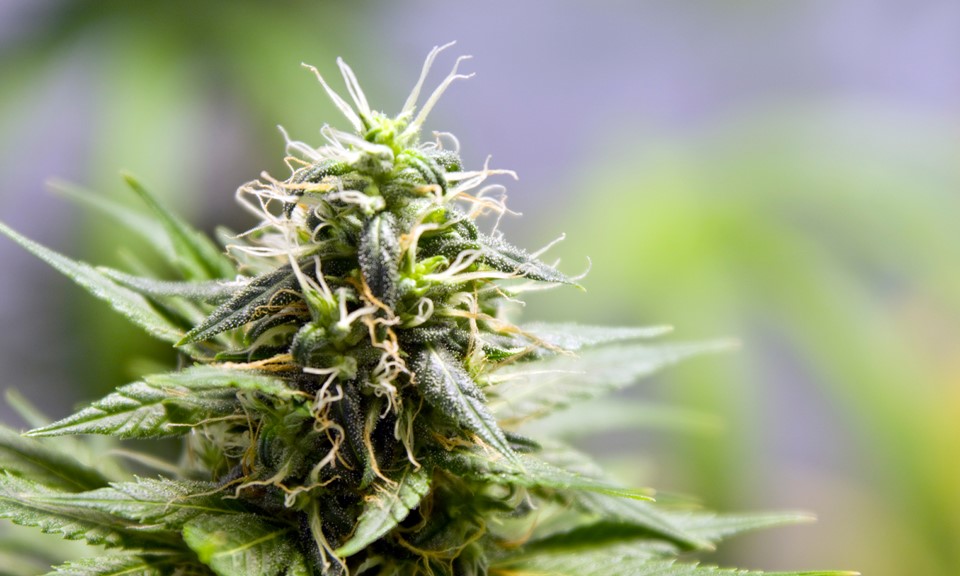 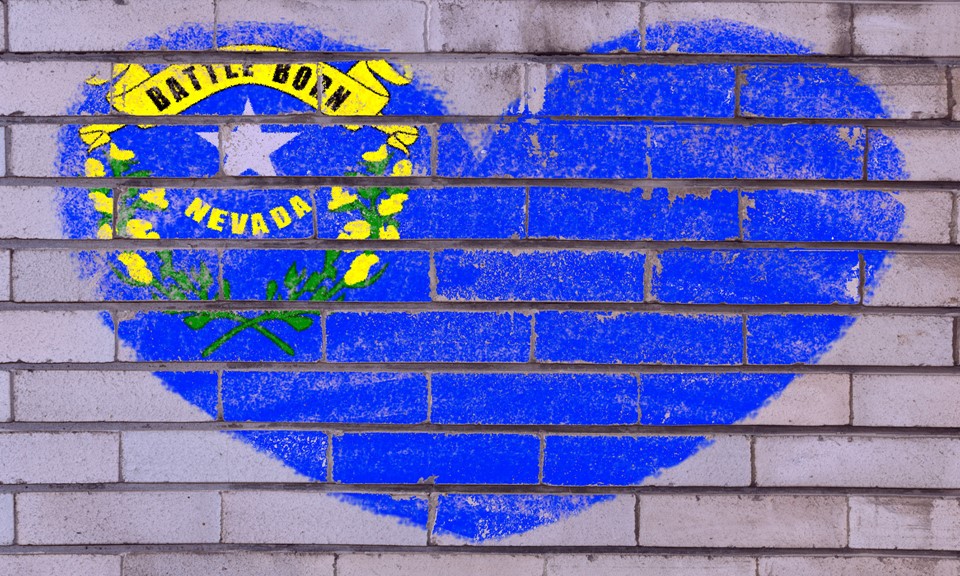