State of the Leaf: Germany Could Legalize Medical Marijuana and Iceland Loves Its Cannabis 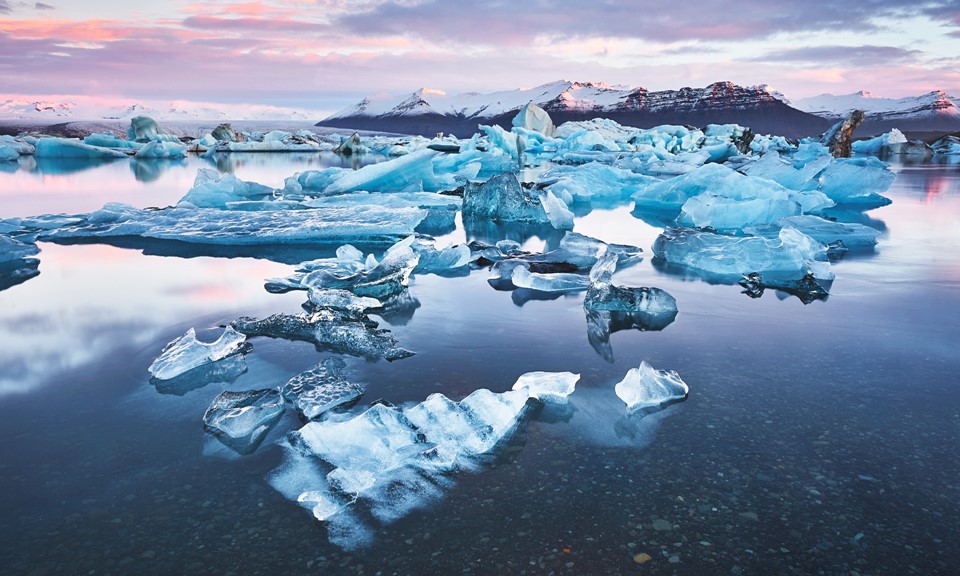 Legalization efforts are hurtling towards the November finish line and there’s no looking back at this point. California is on the up and up, winning a major lawsuit for medical cannabis and officially submitting enough signatures to secure a spot on the November ballot, putting the Golden State firmly on the path towards the end of prohibition. Connecticut could open its medical cannabis program to minors, Illinois is considering expanding its qualifying conditions (yet again), Hawaii announced the winners of its coveted dispensary licenses on the islands, and Vermont’s chance for a legalization bid is dead in the water.

Internationally, Germany is looking at a medical push, Iceland has some of the highest cannabis consumption rates in the world, and Scottish leaders are reconsidering medical cannabis. Hold on tight, this ride is just getting started!

Leni’s Law, a long-embattled bill that would decriminalize the use of cannabis oils with the supervision of a physician, has officially passed through the House and Senate. The bill was amended in the Senate and in the House Judiciary Committee to include changes that some deemed controversial. If passed, Leni’s Law would allow children with a range of ailments to be treated with cannabis oil, including epilepsy and autism. It would also allow the amount of THC to be raised from one percent to three percent.

The biggest challenge for this law is that it does not legalize the production of cannabis oils in the state; rather, it allows patients to bring cannabis oil back from other legal medical states, thus forcing qualified patients to break federal law and risk prosecution. The bill now goes onto the desk of Governor Robert Bentley, who has not yet made the decision as to whether he will sign it into law.

The U.S. Attorney’s office began the process of seizing assets from Harborside in 2012, under the reign of U.S. Attorney General Eric Holder and U.S. Attorney Melinda Haag. The reasoning behind the attempted closure was the obvious discrepancy between state and federal law, but Harborside has always maintained that it operates with transparency and legitimacy, within the bounds of state law. Defense attorneys also claim that the forfeiture lawsuit violates several federal laws, including the prohibited use of federal funds for lawsuits against cannabis businesses operating in legal states.

In other California news, organizers of the campaign for the Adult Use of Marijuana Act announced that they have gathered more than 600,000 signatures, which should push them over the necessary 365,880 signatures need to qualify for the general election ballot. This ought to earn them a spot on the November 8th ballot, and with the latest polls showing 55 percent of California voters in support of legalization, the act is poised to pass come November.

Connecticut may soon allow qualified minors to access cannabis through the medical marijuana program. The proposed bill produced a heated debate in the Senate, but eventually passed through and now heads to Governor Dannel Malloy for a signature. Senator Toni Boucher (R-Wilton) was the chief opponent of the bill and introduced 25 amendments designed to derail the legislation, all of which were rejected on the floor. If the bill is signed into law by Governor Malloy, who has said that he supports access to medical marijuana for children with critical ailments, it will affect approximately 100 children in Connecticut.

The long wait is over! Hawaii’s medical marijuana program has finally selected eight companies to open medical cannabis dispensaries and cultivate cannabis as part of the long-anticipated renovation to its program, which was revamped last year to allow dispensaries on the islands. There were more than 60 applicants, including actor Woody Harrelson, but only eight companies emerged victorious:

Illinois’ medical cannabis advisory board is considering whether or not to expand Illinois’ qualifying medical marijuana conditions yet again. As part of the pilot program’s law, the state is required to consider whether or not to expand the qualifying conditions twice a year, but thus far, the director of the state health department, Nirav Shah, has rejected the recommended expansions from the advisory board on multiple occasions. The recommended qualifying conditions would include chronic pain, irritable bowel syndrome, post-traumatic stress disorder, Lyme disease, autism, osteoarthritis, depression and diabetes.

Many Illinois physicians have been discouraged by the program due to the restrictions and limitations on who is considered a qualifying patient. Initial projections for the program anticipated at least 30,000 patients registered by now, but as of April 6th, there were only 5,600 registered patients. Expanded qualifying conditions could breathe renewed vigor into the program and strengthen its chances of being renewed beyond January 1, 2018, the date when the program is set to expire unless further legislation is introduced.

State lawmakers are in the process of revising and amending Ohio’s proposed medical marijuana bill, and the new version of House Bill 523 is expected to be a significant change. The new bill will not allow the smoking of cannabis flower or allow products that could be deemed attractive to children (such as gummy bears or candies). Another controversial stipulation is related to the THC content of cannabis products – between 3 and 35 percent for cannabis flower and no more than 70 percent for cannabis oils and extractions. The bill would also not allow home cultivation, but would create a cannabis commission tasked with oversight and regulatory measures for the program. If the House committee accepts the bill, it will move on to the full House for a floor vote.

Alas, despite its best efforts, Vermont will not be legalizing cannabis this year. It seemed all but a sure thing, but never say never. Vermont took a different route than most states; rather than garnering support from a grassroots campaign, gathering signatures and pushing to get an referendum on the general election ballot, the tiny Green Mountain State opted to go through the legislature.

The Vermont House voted 121-28 to reject the comprehensive legalization bill, which had the support of the Governor Peter Shumlin, as well as former and current attorney generals. The bill would have legalized, taxed and regulated cannabis for adults 21 years of age and older, but with some stipulations – edibles were not allowed, nor was home cultivation. Sadly, Vermont will simply have to wait a bit longer before crossing over to greener pastures.

German Health Minister Hermann Groehe will present draft legislation to the German cabinet this week that, if passed, would legalize cannabis for medicinal purposes as soon as next year. The law would allow qualified patients to access cannabis through licensed pharmacies with a prescription only. This bill would establish certain specialized plantations to grow cannabis, but until those are established, cannabis would be imported from other countries in Europe.

“Our goal is that seriously ill patients are treated in the best possible way,” said Groehe. “Without wishing to pre-judge the work of the Bundestag [Germany’s lower house of Parliament], it is likely that the law will come into force in the spring of 2017."

A new report from the World Health Organization found that Icelanders have some of the highest consumption rates of cannabis in the world. According to Þórarinn Tyrfingssonm, the director of Vogur drug and alcohol rehabilitation, the cannabis usage levels were similar to cannabis usage rates in other countries, with about 8 percent of Icelanders admitting to using cannabis. However, Arnar Jan Jónsson, a local doctor, was quick to point out that the data is a bit skewed. “We only have official documentation of cannabis users who seek help for addiction,” said Jónsson, and the numbers indicate a significant rise in the last 20-30 years.

Cannabis is illegal in Iceland, although the penalty for the possession of small amounts is relegated to a simple fine.

First Minister of Scotland Nicola Sturgeon covered a range of topics during a recent press conference and even went so far as to elaborate on her stance and opinion on cannabis. “Cannabis is not a harmless substance,” said Sturgeon, “I am not in favour of general decriminalization, but I do think there is a specific case for medicinal use.” She cited the use of Sativex, a derivative of cannabis that is licensed in the United Kingdom for use in treating multiple sclerosis. Former Justice Secretary Kenny MacAskill spoke last year in favor of relaxing laws around low-level drug possession offenses, but no decisions were made.