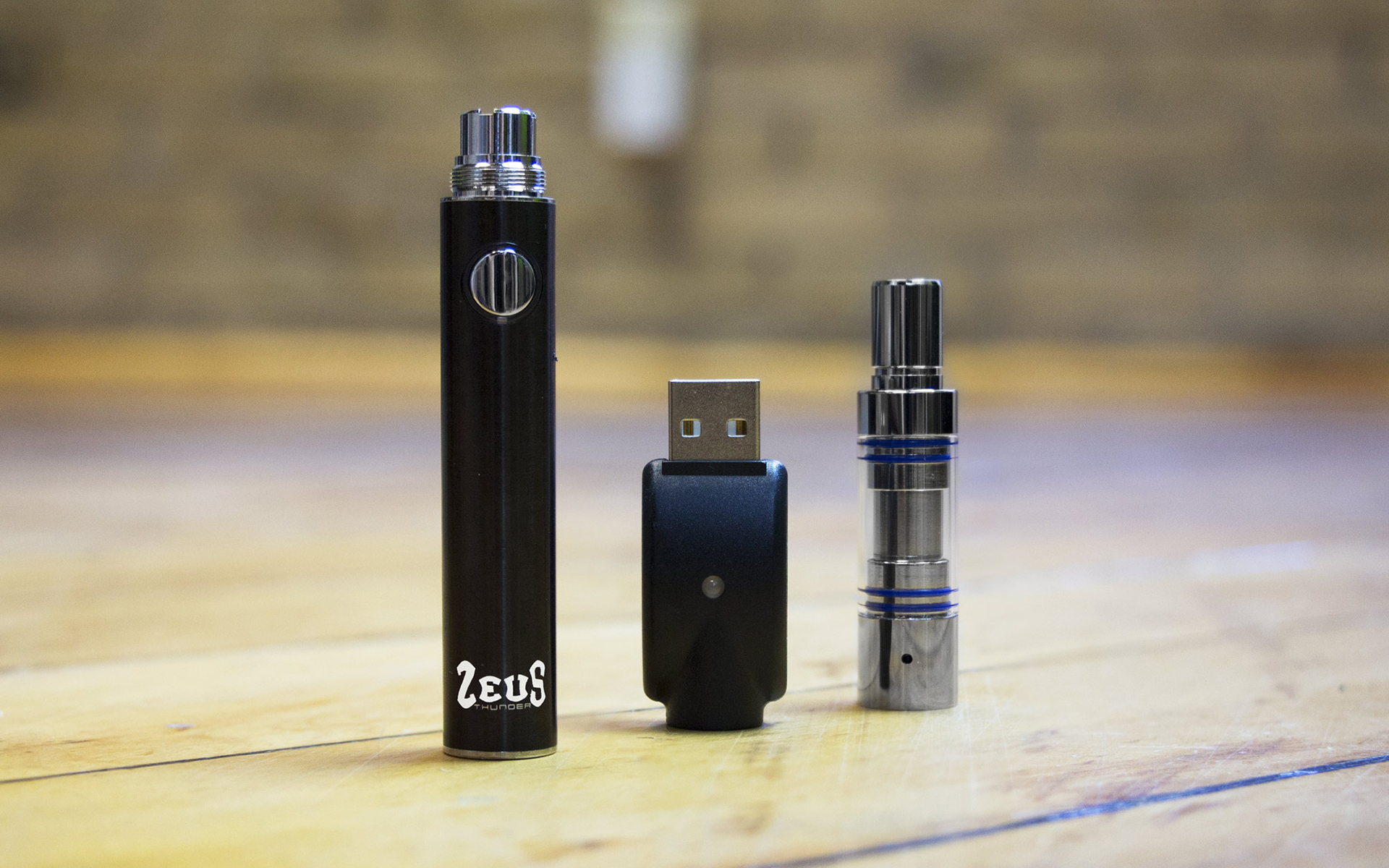 Welcome to Leafly’s Product Reviews, where we take a closer look at a cannabis gadget, accessory, or consumable, and give it a test spin. Today we’re trying out the Zeus Thunder 2
wax pen.

The Zeus Thunder 2 at a Glance 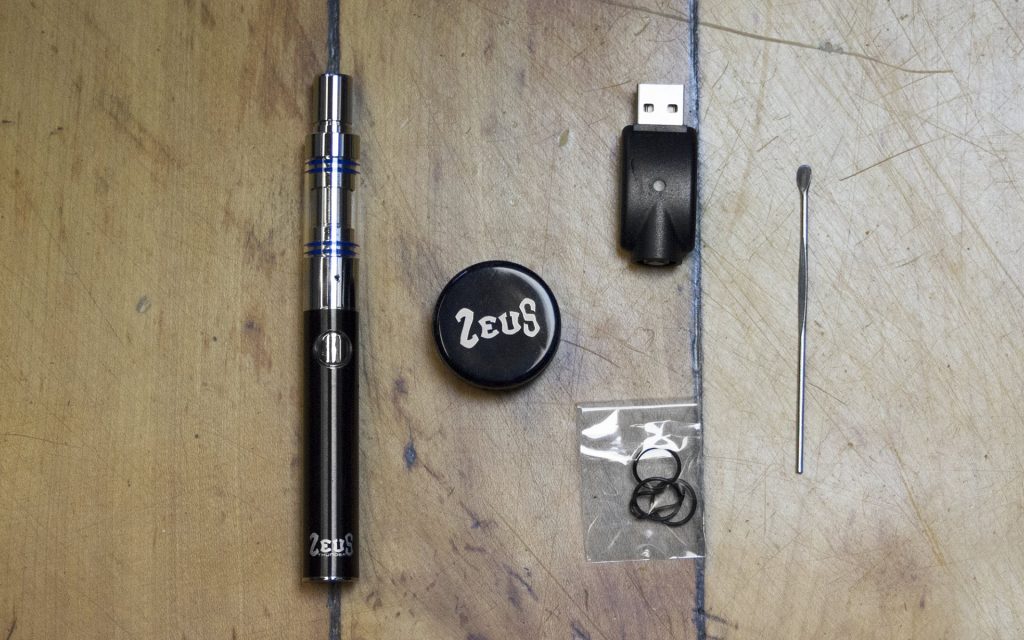 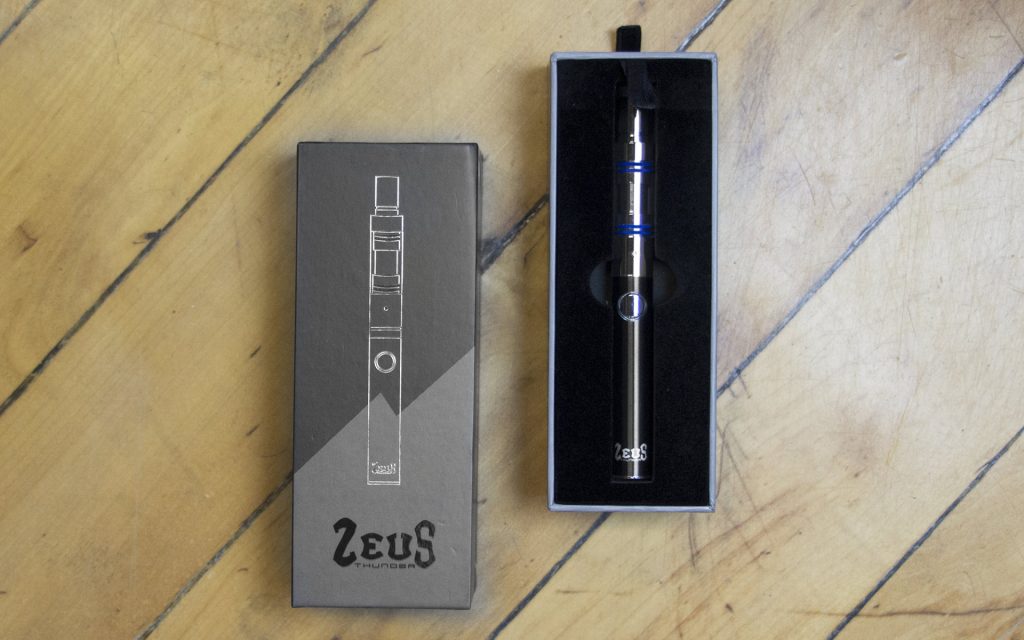 The Zeus Thunder 2 wax pen is a very easy to use wax and concentrate
vaporizer pen that is designed to be used wherever you find yourself needing a lift, and it also provides a smooth vaping experience despite some minor design flaws.

Upon taking this vape out of the box, I was intrigued by the design and look of this pen. It’s just over 5 inches tall, so it’s nothing huge and can fit anywhere, but I was a bit surprised to see that the pen had some weight to it when I held it in my hand. I wouldn’t describe it as heavy, but instead rather sturdy in its build.

The two-tone contrast between the black battery and silver atomizer with four bright blue O-rings visible through the glass shield gives off a futuristic, spacey vibe that I thought was cool. One thing to note is that when I first held the pen in my hand, the smooth-looking plastic coating of the battery actually felt a little scratchy in a way that I felt was unintentional. This made the battery feel a little cheap, but this is really a minor nitpick since the quality of the feel in no way matched the actual vaping quality of this pen. 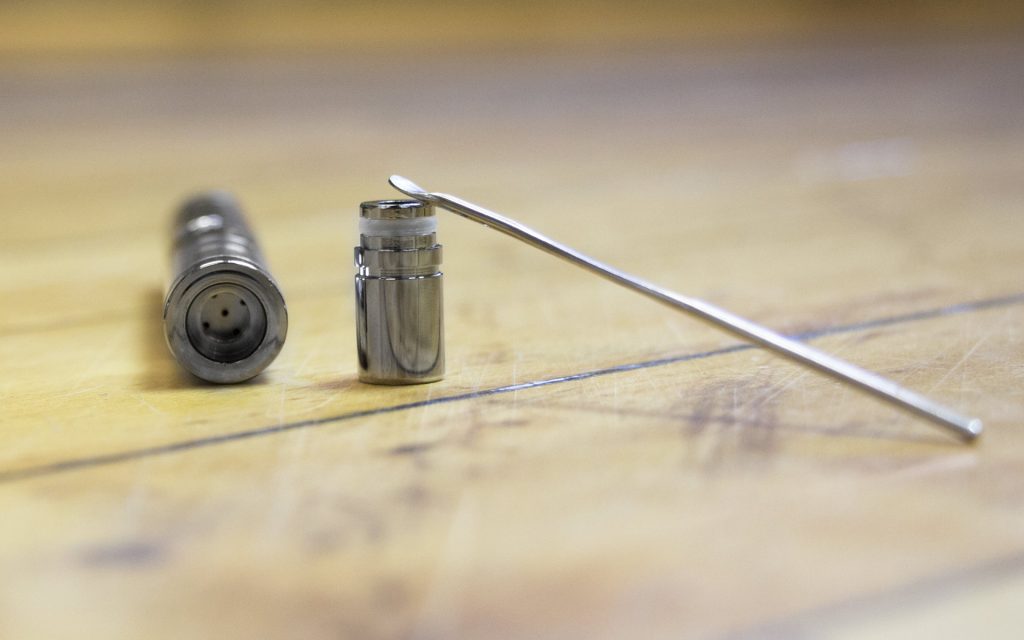 Every part of the atomizer comes apart by either unscrewing or pulling apart over the O-rings, making loading the pen with your concentrate of choice and clean up afterwards a total breeze. One annoying downside to this method was that one of the blue O-rings that keeps the glass shield in place would always get caught and smashed between the bottom edge of the glass shield and the atomizer itself.

While the shield never slipped off during use, it did also never really feel completely secured throughout my vaping sessions. This is perhaps due to the O-rings themselves being just a bit too thick, but it was annoying not being able to completely close the shield and to see the O-ring getting gradually broken off into tiny blue pieces that stuck to the inside of the glass shield. It makes sense that Zeus Arsenal would include replacement O-rings, since this is an issue that is likely to reoccur unless they start using slightly thinner O-rings.

As far as operating the pen, it’s as easy as 1-2-3 for anyone who’s ever operated a one-button vaporizer battery before. Five clicks of the button turn it on and off, and after you’ve unscrewed the top of the loading chamber and filled it with your wax of choice, all that’s left is to hold the button for a few seconds and inhale until you’ve reached your desired hit.

One thing I loved about the atomizer design of this pen is that the Zeus Thunder 2 is built with a ceramic plate in the loading chamber of the atomizer for you to put your wax on. This prevents you from getting wax all over the vape coil (a common issue for many wax pen users), while also getting really smooth and even pulls thanks to the level plane the plate provides. It’s a very clever design choice for both its effectiveness and simplicity, a design feature that I wish I saw in the other wax pens I’ve used over the years.

Vaping with the Zeus Thunder 2 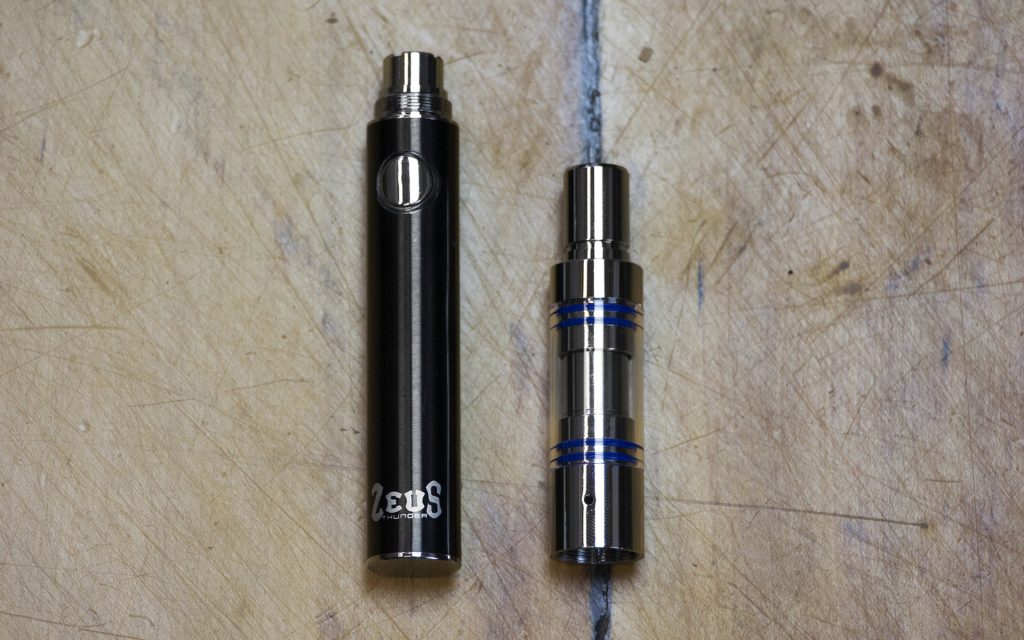 The Zeus Thunder 2 provided for a solid and enjoyable vaping experience. While I was able to get any desired size pull I wanted by holding the button and inhaling, I was always left with a slight metallic aftertaste. This may be because the Z-wax atomizer was brand new, but even after a few sessions that slight taste seemed to linger. The taste wasn’t strong enough to distract from the delicious Master Kush
wax I had, however, so don’t worry about not being able to fully enjoy your concentrate of choice.

Although the Zeus Thunder 2 had me flying high quickly and easily, I do want to note that the O-ring design at the top of the glass shield where the mouthpiece connects also felt loose and not fully secured. This construction makes it effortless to load up the chamber with more wax in between sessions, but it was still a bit annoying to not feel like the pen and its parts were fully secured while in use.

Despite this issue, the loose fit and slight wobbliness don’t detract from the amount of vapor I could pull, but I do want to note that this is something to be expected and accepted should you choose to buy one of these. Overall, I did like vaping with the Zeus Thunder 2; the ceramic plate the wax rests on in the chamber ensured that I got a decent hit each time, which did help mitigate the wobbly mouthpiece and shield. 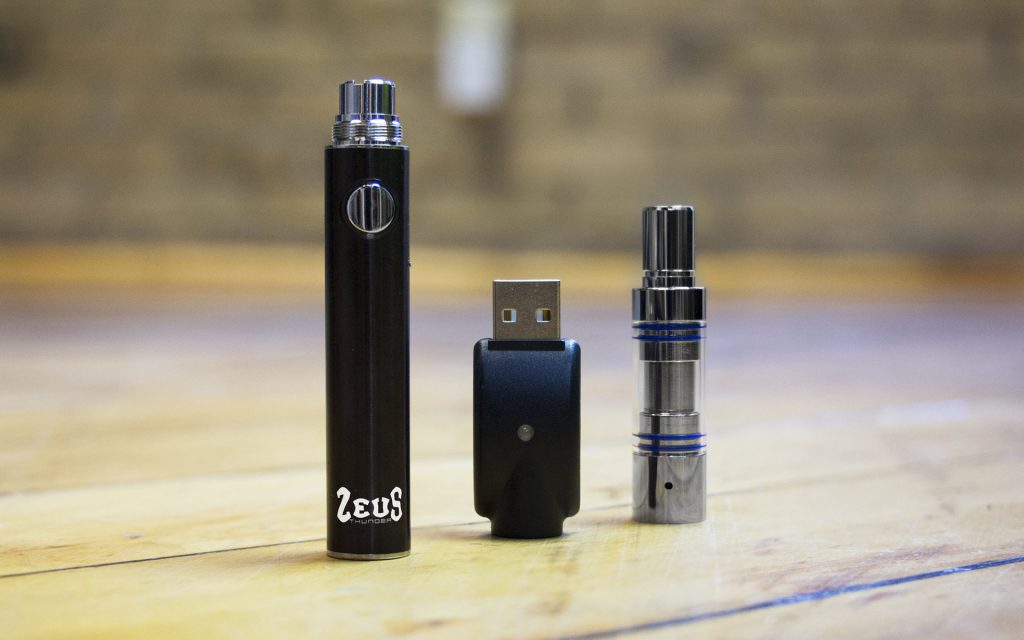 Overall, the Zeus Thunder 2 wax pen did an adequate job in vaping concentrates despite some perceived design flaws. I do want to note that this pen is $89.99, so it does provide a more than satisfactory vaping performance for the price point, and would be good for anybody who’s looking for a wax pen at a reasonable cost.

The pieces of the pen itself seemed to be of good quality and the design of the pen overall looks cool, but the execution misses the mark by attaching them with O-rings that get caught and don’t fully secure the pen. Despite that, this pen still gets the job done, and is a solid option for anyone who wants to vape concentrates on the go without breaking the bank. 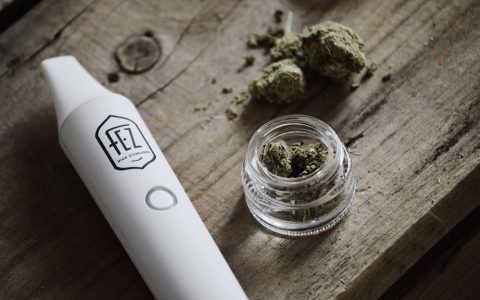 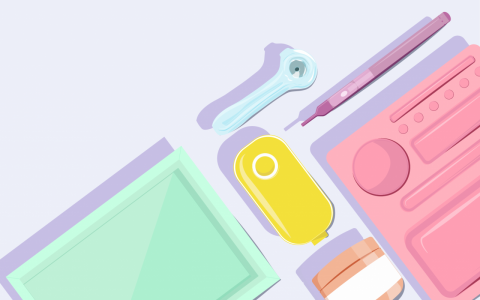 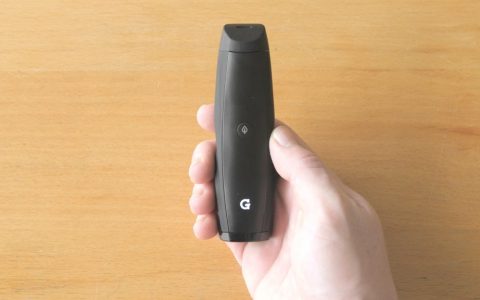