Cannabis and coconut oil: Uses, benefits, and a recipe to make your own

Coconut oil has managed to infuse its way into some of the cannabis industry’s most sought-after products, including edibles and topicals, but why?

Why is coconut oil popular for cannabis infusion?

Coconut oil has a high concentration of fatty acids (saturated fats). The surplus of these fatty acids in coconut oil create a strong binding agent for cannabinoids.

Compared to olive oil, which contains a saturated fat content of less than 20%, coconut oil contains over 80% saturated fats and thus has the ability to retain far more cannabinoids during infusions, making it far more efficient. Coconut oil is a near-perfect medium for cannabis-infused oils.

Coconut oil also contains other sets of beneficial acids that have been known to have a list of potential health benefits. Lauric acid is a great example—when digested, lauric acid creates a monoglyceride that acts as an antimicrobial.

These fatty acids are found in abundance in coconut oil, making it a top contender for those looking for a healthier oil base than butter or canola oil.

Cannabis-infused edibles 101: what to know about dosing, potency, and labeling

Another fantastic benefit of using coconut oil is it will remain solid at room temperature. This makes it a great medium for using as a topical agent. Furthermore, its solid state allows the oil to be easily stored via gelatin capsules, a widely popular and highly effective method of consuming cannabis.

Gelatin oil capsules are so simple and easy to make at home—the ingredients can be purchased from just about any pharmacy or online, making for a fun and simple DIY project.

How to Make Your Own Cannabis-Infused Coconut Oil Capsules

How to make cannabis-infused coconut oil 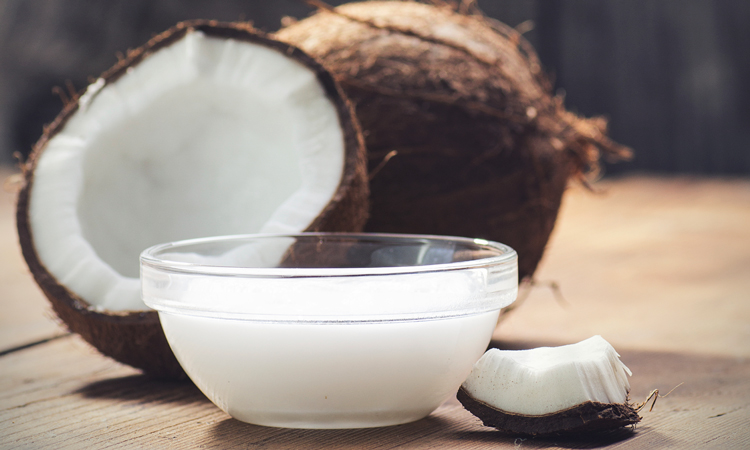 Aside from the fact that you can purchase coconut oil relatively inexpensively from just about anywhere, the process of decarboxylating and infusing cannabis into coconut oil requires only a few simple ingredients and can be done at home with minimal effort.

How to use cannabis coconut oil 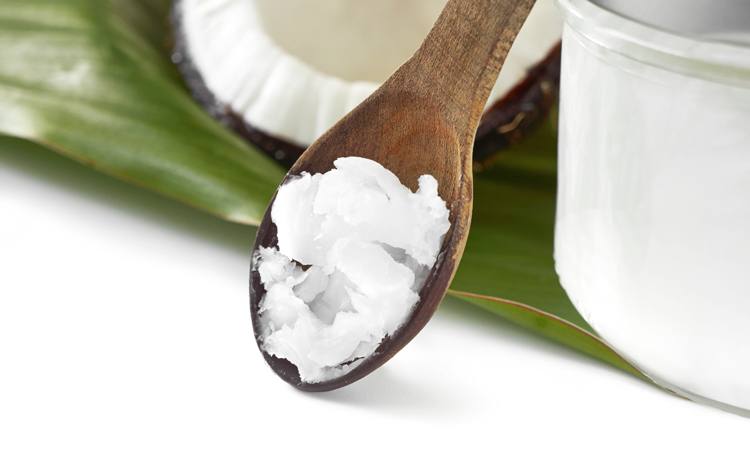 Once you’ve got an infusion of coconut oil, the uses are endless!

Expect to see coconut oil remain a staple in future cannabis infusions across the market. As major brands continue to innovate, coconut oil should thrive on the ingredient lists of more products to come.

If, however, you don’t have access to a dispensary near you or want to try a fun DIY with your own material, you can always make your own at home. Trust us, you’ll go coconuts for this stuff!

How to make CBD coconut oil

For those who don’t want the effects of THC in their infused coconut oil, you can infuse it with CBD instead. Simply follow the recipe above but use CBD flower instead of THC flower to get the health benefits of CBD.

Lifestyle
Your August 2020 cannabis horoscope
Lifestyle
Did women use cannabis as medicine in ancient Egypt?
Lifestyle
Legal marijuana delivery services tips and FAQs
Sign up for more Leafly news
Thank you for subscribing!