Temporary licenses from California’s Bureau of Cannabis Control, which took effect Jan. 1, had gone out to nearly 200 stores by the end of January. The bureau is updating that list of retailers daily, and we’re tracking the list in the table below. The licenses aren’t absolute guarantees that those stores will be open, but it’s the best information we have at the moment. Click through on the live link to find store hours and, in many cases, full menus of the product available.

Please note: If you’re going to purchase from an adult-use cannabis store, bring cash. It’s best to assume that most stores cannot take credit cards or other non-cash forms of payment.

Los Angeles update: The city’s first adult-use stores are licensed and open for business. We’ll list them in a separate table, because we’re expecting it to grow to significant size.

Note: Local ordinances often determine opening dates and times. Oakland, for instance, allows 6am openings while in San Jose 9am is the earliest opening time. Our main piece of advice for those who want to enjoy the excitement: Please call ahead, and confirm your local store’s hours of operation. 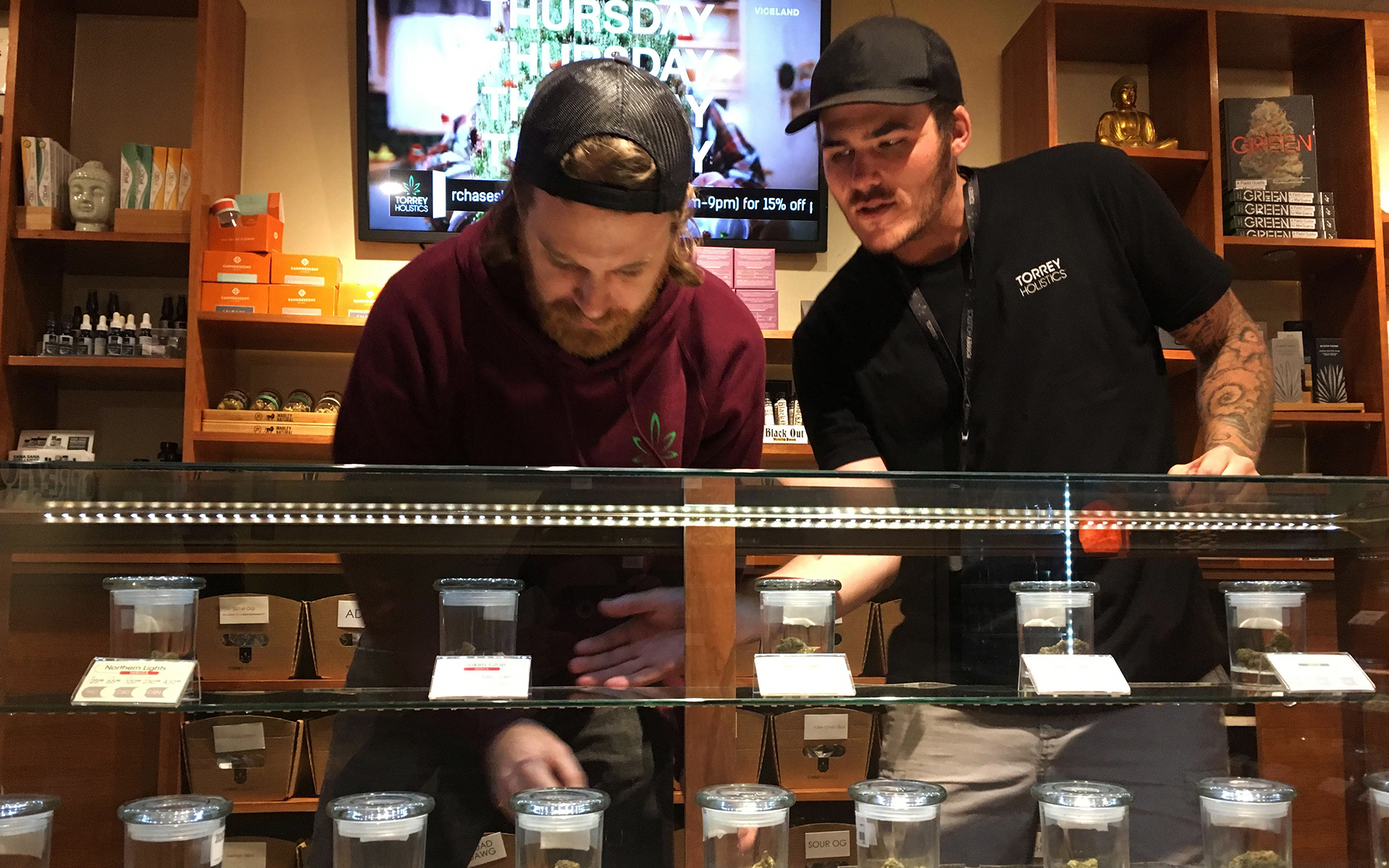 Top 15 California Cities and Their Laws

Here’s a list of the largest California cities and a few other notable locations.

4. San Francisco: Adult-use stores are expected to be licensed and open around Jan. 5.

5. Fresno: No retail cannabis stores allowed in the city.

9. Bakersfield: No retail cannabis stores allowed in the city.

10. Anaheim: No retail cannabis stores allowed in the city.

13. Stockton: The city has approved four medical cannabis dispensaries within the city but is not yet allowing retail adult-use stores. City officials will study the issue and tailor ordinances and regulations in later 2018.

14. San Bernardino: Measure O, which passed in November 2016, authorized the city to regulate both medical and adult-use cannabis. But lawsuits have delayed implementation. Retail stores are likely in the future but probably won’t be open on Jan. 1.

15. Modesto: The Modesto City Council recently voted to allow as many as 10 retail cannabis stores, but it’s unclear when they’ll open.

Arcata: The city is finalizing its retail cannabis regulations and expects to approved operating permits for two adult-use retail stores–Humboldt Patient Resource Center and Heart of Humboldt–in downtown Arcata, but it’s unclear when those stores will open.

Crescent City: The city prohibits all cannabis businesses, but is part of a county working group considering new regulations that may allow some form of cannabis commerce in the near future. Look for a proposed new ordinance sometime in 2018.

Los Angeles County: Retail cannabis stores are banned in the unincorporated sections of the county, but one Malibu-based shop, 99 High Tide Collective, has secured a license due to an odd historical footnote.

Orange County: Retail cannabis stores are banned in the unincorporated sections of the county.

Pomona: All cannabis businesses are banned in the city.

Redding: All cannabis businesses are banned in the city, but nearby Shasta Lake and Mount Shasta both have at adult use stores that are now open.

Santa Barbara: The city has zoned certain districts OK for cannabis retail. No pre-licensed retail businesses yet. Still waiting to hear when the city’s first store will open to adult use customers.

West Hollywood: The city will issue eight licenses for adult-use retail stores, and a number of them opened on Jan. 2.