Gifting cannabis to the terminally ill becomes tax-exempt in California

Starting March 1, 2020, as much as $ 53 million in so-called “compassionate” medical cannabis donations each year could go the needy, state analysts estimate. That’s enough to gift about 125,000 patients about one gram of flower per day, every day, for a year. Activists say they’re happy with the new law, although it falls short of what they were hoping for.

“It feels really good. This is what democracy is all about,” said Sweetleaf Collective founder Joe Airone, a bill proponent.

An oversight in Prop. 64

The need for the Brownie Mary and Dennis Peron Act, sponsored by state Sen. Scott Wiener, came about with the opening of California’s legal adult-use era in early 2018.

From 1996 to the end of 2017, it was easier to freely gift medical cannabis to patients in need. Joe Airone describes the good old days when he would pick up free weed from medical growers on his bicycle, take it back to the collective, break it into smaller portions, and bike around giving it to the elderly, poor, and terminally ill. 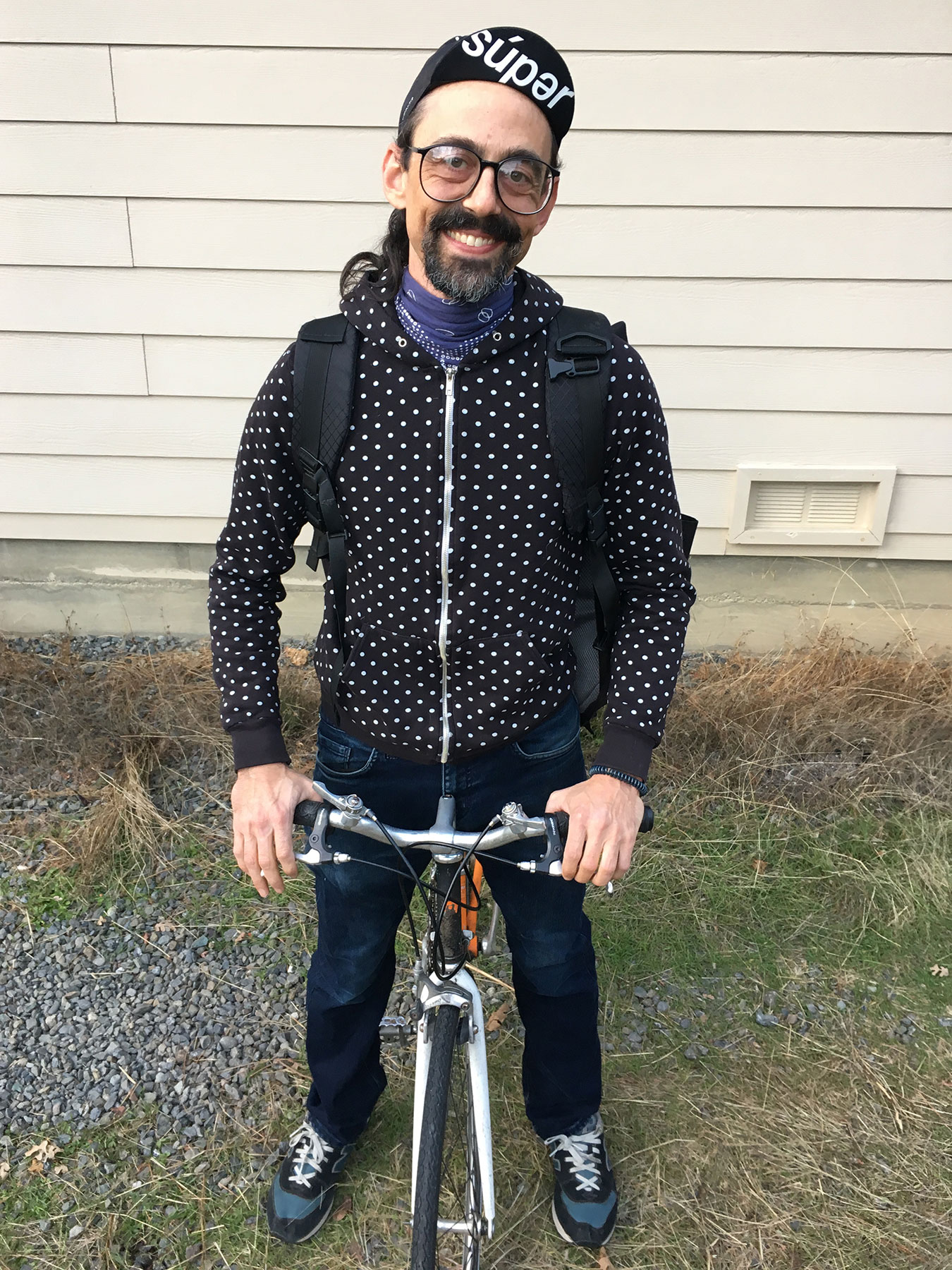 There’s no legal way to do that under Proposition 64, California’s adult-use legalization measure.

Prop. 64 called for the sunset of collectives on Jan. 1, 2019. Those ages 21 and over can legally gift each other up to one ounce at a time, which is the personal possession limit in pubic. But state-licensed medical and adult-use stores could not give away cannabis. Under Prop. 64 it’s considered an illegal form of promotion. Growers and store owners could lose their licenses.

'This is a great bill. But it’s just the first step. We need steps two and three.'
Joe Airone, founder, Sweetleaf Collective

The Brownie Mary and Dennis Peron Act re-enables charitable giving of cannabis by literally re-coding the state’s licensed track-and-trace system. The bill calls for $375,000 in state software upgrades to create a tax-free “compassion class” of cannabis in the adult-use supply chain.

At the farm side of the supply chain, the new law exempts growers from $9.25 per ounce cultivation taxes on all cannabis donated to needy patients.

At the retail end, the law exempts stores from the state’s 15% excise tax under Prop. 64.

Looking for legal cannabis? Leafly has all your local menus

How many farmers will donate cannabis under the new law remains to be seen.

Many California farmers have taken steep losses on capital expenditures and adult-use licensure over the past two years. High taxes and testing costs can double the retail cost of licensed cannabis, compared to unlicensed street product.

In the bill’s legislative analysis, regulators estimated Senate Bill 34 could cost the state $7.9 million in foregone excise taxes, which equates to $52.6 million in donated cannabis each year. (But that’s assuming farmers and retailers would otherwise give away cannabis that they paid taxes on—essentially paying the state in order to make a charitable donation.)

Field reports also indicate that state-licensed farmers don’t have much to give away right now. Experts say less than 1% of the state’s estimated $3.1 billion industry might go to compassion in 2020; that works out to less than $31 million worth of cannabis.

Who gets free cannabis anyway?

Next year, indigent patients need not have a state-issued medical cannabis ID card to take advantage of SB 34. The official cards are costly and time-consuming to obtain. Very few patients have them. “We fought to keep barriers to access low” under SB 34, said Oakland lawyer Anne Kelson, who supported the bill.

Compassion criteria can vary at each store, the law says, but “it’s not as if you can just walk into a store and get a compassionate care donation,” said Kelson.

A group of fake patients conspiring to defraud a store of donated cannabis seems extreme, said Airone. “It would be a lot of work to set up a program just to subvert it,” he said.

The modern cannabis era began in 1996 with Prop. 215, which created a narrow medical defense in court against marijuana prosecution for seriously ill patients and caregivers.

Lawmakers later widened the defense to include collectives, who then sold products out of storefronts dubbed dispensaries. Prop. 215 seeded today’s vast commercial market in California, and in that seed is the DNA of nonprofit caregiving.

Airone estimates that today there remain only 40 or so compassion programs trying to source free cannabis products for maybe 10,000 residents who have AIDS, cancer, or both.

Airone’s program now works totally within SPARC, which has five licensed retail locations in Northern California. Fifty patients there have received one ounce per month for the last three months. The store fundraised to defray the program’s taxation costs, but with SB 34, they need not.

In Berkeley, California, SB 34 works out to a tax break for licensed stores. Local law there mandated donations to the needy, and since Prop 64 took effect, places like Berkeley Patients Group have paid steep taxes on mandatory philanthropy.

The patient group Americans for Safe Access cheered the bill on behalf of patients who continue to face high costs for medicine.

“Allowing licensed retailers to donate medical cannabis is a logical and compassionate reform that will make a life-changing difference for patients in need,” said Sean Khalepari, regulatory affairs coordinator for ASA.

Compassion groups like Sweetleaf Collective, and veteran’s groups including Weed for Warriors, were instrumental in getting SB 34 passed, said Ellen Komp, co-director of California NORML. “I watched them flip Republican votes,” Komp said.

The Brownie Mary and Dennis Peron act honors two medical cannabis-era activists who became globally celebrated for committing civil disobedience by giving cannabis to the ill in the early 1980s. The bill links the past to the present, said Josh Drayton, communications and outreach director at the California Cannabis Industry Association.

“As the passage of this bill provides a pathway for California’s most vulnerable cannabis patients to receive the care they need regardless of income, it reminds us all (business owners, consumers, and advocates alike) why we are here and why we continue this fight,” Drayton said.

Airone said patients will be back in Sacramento next year hoping to broaden SB 34 to allow cannabis manufacturers to also donated tax-free products.

“This is a great bill. But it’s just the first step. We need steps two and three,” Airone said.