4 Fascinating Uses of Technology in the Cannabis Industry

Aaron MangalJanuary 3, 2018
Share
Share on Twitter   Share on Facebook
Print
(Courtesy of Printabowl)
Technology has changed the way we live, work and play—and even how we consume cannabis. From advanced extraction technologies to virtual reality in the workplace, technology impacts cannabis from the time it’s put into the ground until it exits our lungs in a satisfying exhale. Here’s a closer look at four of the most compelling, impactful, and innovative uses of technology in the cannabis industry to-date.

When it comes to virtual and augmented reality, we tend to first think about its role in entertainment and gaming, but its potential impact extends as far as cannabis grow sites and retail spaces. Virtual reality (VR) refers to full immersion in a virtual world, while augmented reality (AR) refers to partial immersion, such as when your phone or device creates content within the real-world (think Pokémon GO).

WeedVR, for instance, brings you into a virtual dispensary where you can ogle at, inspect, and even smoke your favorite buds in a cyber lounge.

WeedVR, for instance, brings you into a virtual dispensary where you can ogle at, inspect, and even smoke your favorite buds in a cyber lounge. There’s even functionality in the works to make virtual purchases from partnering retailers—coming soon for HTC Vive and Oculus Rift, you can now imagine yourself buying buds before even stepping into a shop.

Another example is Huxley, an augmented reality and artificial intelligence (AI) operating system and platform for cannabis growing. Using a passively augmented device (a headset), this smart grow system builds data around grows for thousands of fruits, vegetables, and cannabis plants.

It’s hard to work on a crop while staring at your phone, which is what most traditional grow apps require. This tech gives new farmers a “hands-free” bionic set of eyes so they can excel at growing without being a master. Increasing grower efficiency along with building a global data set sounds like a recipe for massive success.

Bitcoin and blockchains are digital financial systems that use cryptographically secure, decentralized, open-source, peer-to-peer (P2P) protocol. Translation: you can send money to any device, anywhere in the world, without a bank in between. Think of it this way: if Bitcoin is the train (or vessel), a blockchain is the train tracks (or underlying code) on which the train travels.

These digital assets can be exchanged, bought, and sold with a variety of commonly used assets including other cryptocurrencies, fiat money (e.g. USD), precious metals, and even property (like a house).

Why Cannabis and Cryptocurrency Have Yet to Hit It Off

We all know banking is tough in the cannabis industry, and Bitcoin greatly reduces the friction and cost of transferring payments compared to traditional systems. It eliminates chargebacks and double spending because it works like digital cash and a one-way, irreversible debit. It’s also a robust store of value (digital gold) with 1000%+ gains in 2017 alone.

Blockchain technology is good for more than just money; IBM recently released a report detailing its utility in tracking cannabis from seed to sale. It enables a de-centralized ledger that tracks digital ownership along the supply chain, which allows for verification without compromising security.

A Super Bowl for every coffee table.

Instead of playing MacGyver with in-home materials, why not make use of 3D printing technology? 3D printing typically makes use of melted ABS or PLA plastic to craft shapes— such as bongs and bowl pieces—through a heating element and extruder.

This technology brings the means of production into the hands of smaller players and DIY enthusiasts. Now anyone equipped with a 3D printer can engineer cannabis tools and other creations freely, limited only by the ceiling of imagination.

Taking the 3D-Printed Bong to the Next Level

Companies like Printabowl offer a plethora of options for printing materials, designs, and other tools to help bring your high-deas to life. They even accept Bitcoin to pay for your printed creations— the future is now!

And then there’s Noochi, the first ever 3D-printed porcelain vaporizer from Imminent Dawning. Their goal is to simplify aromatherapy and create a decorative design element because they believe many devices in the marketplace are too complicated.

The advent of 3D printing has created a renaissance for creatives by ushering in a new means of production and launching a makers’ movement.

Cannabis concentrates (like shatter, wax, and crumble) provide a fascinating example of new plant extraction methodologies that combine time-tested science and artisanal craft skills. The extraction process involves pulling oils, waxes, and other compounds out of the plant through mechanical or chemical means. Mechanical extraction methods typically rely on temperatures, hot or cold, while chemical approaches use solvents like butane or CO2.

Butane and propane are examples of chemical extractions using hydrocarbons, which rapidly pass through the plant matter as well as filters and screens in a low-pressure environment. Residual hydrocarbons are then purged in a post-processing step.

On the mechanical side, rosin is a solvent-free method that compresses flower with a heat press, resulting in a potent sap-like wax acclaimed for retaining flavor and terpene profiles. Rosin uses heat and pressure alone to create extracts. Presses range from simple “hair straighteners” all the way to pneumatic machines that squish buds using 20,000+ pounds of pressure.

Even in the cannabis space, it’s clear that technology has made only one thing constant: change. What recent advancements in cannabis tech have impacted your experience with the plant? Leave a comment with your thoughts! 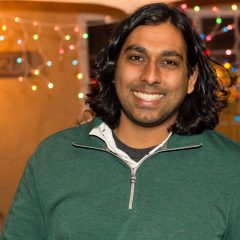 Aaron is a technology enthusiast and writer who is enthralled by how technology is transforming everything we do in our personal and professional lives. He aims to bring the power of technology to the people through education and media. Aaron spends his free time in Los Angeles reading, traveling, socializing, and excitedly discussing the future of culture and society.