Why does cannabis get you ‘high’ and make you feel good? 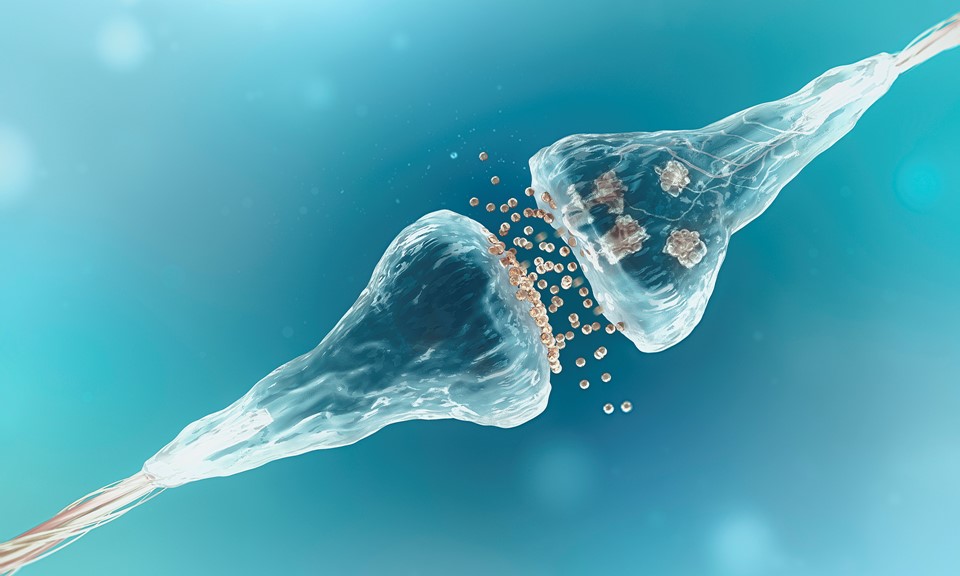 You’ve probably heard of the commonly held myth about the chemical that is blamed (or credited) for the cannabis “high”: dopamine. Many media reports over the past few decades explain that THC induces a “flood of dopamine” that causes the pleasurable “high” cherished by recreational cannabis consumers.

Where did the media get this idea from? For more than four decades addiction scientists have embraced the unifying theory — the dopamine theory of addiction — that nearly all addictive substances and activities flood the limbic brain with dopamine.

Here’s how the National Institute on Drug Abuse (NIDA) explains it (emphasis mine):

THC, acting through cannabinoid receptors, also activates the brain’s reward system, which includes regions that govern the response to healthy pleasurable behaviors like sex and eating. Like most other drugs of abuse, THC stimulates neurons in the reward system to release the signaling chemical dopamine at levels higher than typically observed in response to natural stimuli. This flood of dopamine contributes to the pleasurable “high” that recreational marijuana users seek. 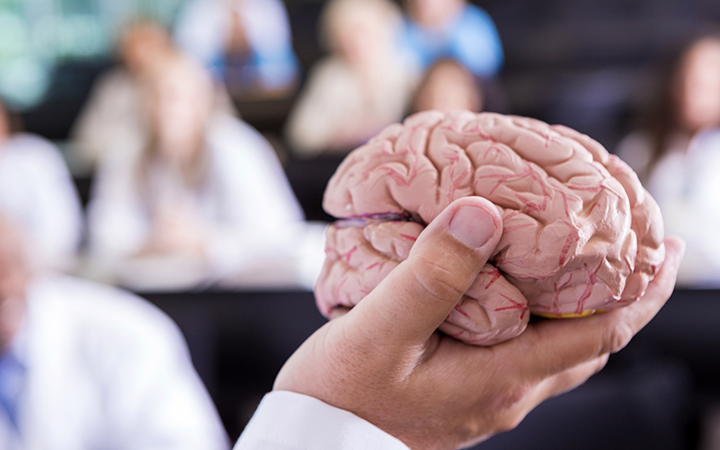 NIDA is not intentionally being deceptive. Through cannabinoid receptors, THC does likely activate the brain’s reward system, but it’s not likely that it does so by “flooding the brain with dopamine.” How do we know this? In contrast to early studies on animal models that support NIDA’s view — a view that to this day is shared by a (shrinking) majority of addiction scientists — the evidence is unsupported by studies on humans.

In fact, numerous human studies suggest that at best, consuming cannabis produces only a modest amount of dopamine, certainly nowhere near the five to ten times amount that’s often quoted. (Notably, the media’s description of dopamine as the brain’s ultimate “pleasure molecule” is not exactly accurate, either.) Nonetheless, while robust evidence suggests stimulants like cocaine and amphetamines do, in fact, trigger a flood of dopamine, the same cannot be said about cannabis.

In 2015, researchers at King’s College London conducted a systematic review of every published study — 25 of them, to be exact — only to find that in humans, there is “little direct evidence to suggest that cannabis use affects acute striatal dopamine release or affects chronic dopamine receptor status in healthy human volunteers.” 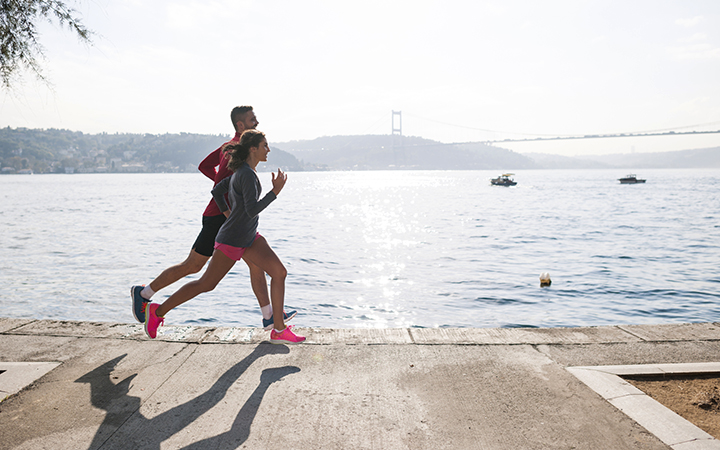 If not dopamine, what is responsible for cannabis’s affect on the brain’s pleasure circuitry?

In the early 1990s, the man who first identified (and synthesized) THC, Dr. Raphael Mechoulam, discovered a neurotransmitter called anandamide. Appearing to produce a heightened sense of joy and happiness, anandamide has been called the “bliss molecule.” In fact, the term anandamide comes from the Sanskrit word “ananda,” which means “joy” or “bliss.”

It turns out anandamide is responsible for much more than happiness. Anandamide also plays important roles in memory, motivation, movement, pain, appetite, fertility, even potentially inhibiting cancer cell proliferation. But it’s because of its role in neurogenesis — the formation of new nerve cells — that anandamide is also an anti-anxiety and antidepressant agent. Unfortunately, like other neurotransmitters, anandamide quickly breaks down in the body, so it doesn’t create a perpetual state of bliss. Bummer!

Given that THC and anandamide share similar properties, consuming cannabis can produce similar effects. When you ingest cannabis by smoking or vaping, within seconds THC hits your brain and goes to town on your brain’s neurons. Like a key in a lock, once a neurotransmitter binds to — or fits in — the correct receptor, it signals to your body to do something. In this case, it creates that sense of “bliss.” Notably, chocolate, yoga, and running also affect anandamide, so you can get a similar high — albeit less powerful — from these activities as well (think “runner’s high”).

However, while cannabis seems to have a calming, pleasant effect on most consumers, one out of five people have the opposite reaction. A naturally occurring enzyme called FAAH (fatty acid amide hydrolase) deactivates anandamide, and some individuals are genetically predisposed to producing less FAAH. As such, in these people anandamide doesn’t break down the same way, so they are naturally more relaxed. When they consume cannabis, they experience a paradox effect, and in fact actually become anxious. Predictably, they’re also less likely to enjoy (or consume) cannabis.

Further, we know THC has a biphasic effect, meaning low and high doses can elicit opposite reactions in people. So while consuming just the right amount of THC can make you feel good, too much of it can be a bad thing, inducing anxiety and discomfort.

Nonetheless, for the majority of people, as long as they don’t consume too much, cannabis produces that sense of calm and peace they so appreciate.

In explaining why cannabis makes people feel good, Terry Necco, author of the book (now tragically out of print), “Marijuana and Sex: A Classic Combination,” describes it best:

“Just as our bodies contain pleasure systems which reward us for sex; our brains contain neurocellular circuitry which can only be activated by substances with THC’s molecular structure. This makes the marijuana high a unique constellation of feelings, and there are only two sources for the substances which activate THC’s very own neuroreceptor. Our brain is one source: it generates a neurochemical very similar to THC, called anandamide…The only other source for this bliss-producing substance is the cannabis plant.”

CBD edibles: What are they and what’s to know? 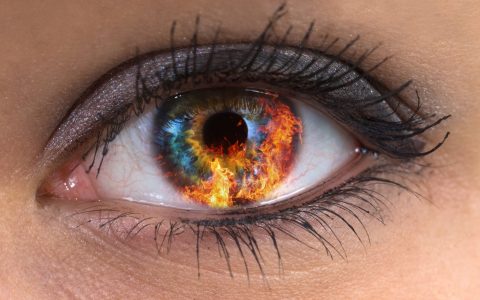 Why Does Smoking Cannabis Make Your Eyes Red? 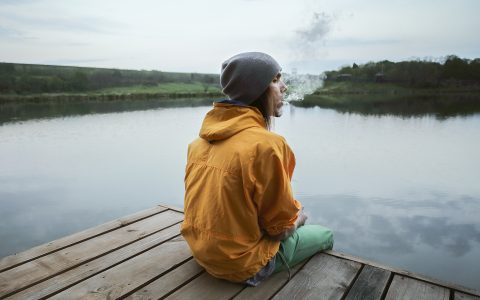 Side Effects of Cannabis Smoking and Secondhand Smoke 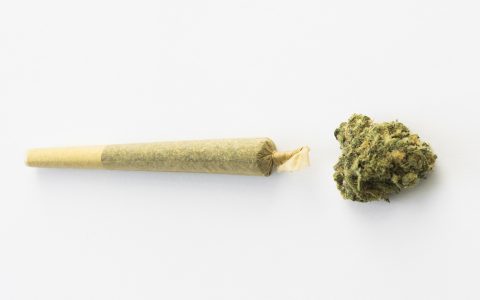 Why Low-Dose Cannabis Is Important