Until last week, the most important news to date for the cannabis industry, in my view, was the 2013 Cole Memorandum, which gave the green light to Colorado and Washington to move forward with cannabis legalization.

The memorandum specified eight priorities for Department of Justice attorneys with respect to enforcement of the Controlled Substances Act and created a safe harbor for regulators and businesses in states that permitted adult access to cannabis. With that guidance from the government, cannabis businesses invested with confidence that they wouldn’t wake up to asset forfeitures or even arrest, and we have seen rapid growth in these states and others subsequently.

Cannabis stocks soared on Friday's announcement of the Trump-Gardner deal, with the Global Cannabis Stock Index rising 8.8% in about one hour.

The Cole Memorandum’s fundamental flaw of being only guidance became very clear with the change in the Presidency in late 2016.

By early 2018, the Cole Memorandum was ripped up, leaving the industry technically facing a great deal of uncertainty, as Attorney General Jeff Sessions opened the door to prosecution at the discretion of individual department attorneys.

The recent budget bill left some protections for medical cannabis businesses and patients intact, but these protections last only until September, when they must be renewed or face expiration.

On Friday afternoon, the Washington Post broke a story that could transform the cannabis industry, with Republican Senator Cory Gardner of Colorado announcing a deal with President Trump that would cease his blocking of DOJ nominations in exchange for Presidential support for potential congressional  legislation that would offer protection to state-legal cannabis programs. While a lot of work must be done, and one can never assume that a proposed deal will result in a law, this is a really big deal, as the legal framework for state-legal cannabis could become more solidified.

Not surprisingly, cannabis stocks soared on the news Friday, with the Global Cannabis Stock Index rising 8.8% to 112.61. 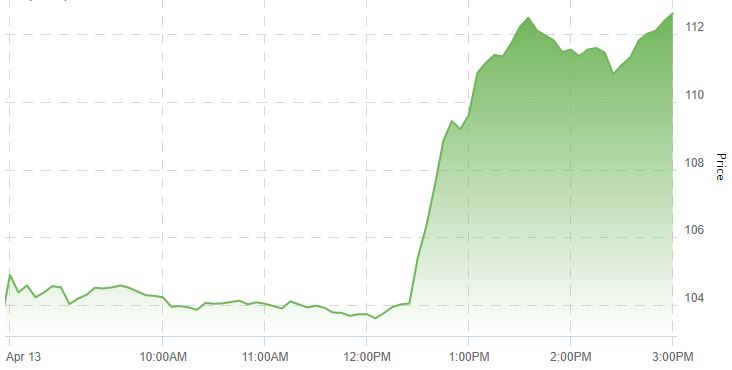 To put this in perspective, though, the stocks are still far below where they began the year, having still declined over 20% since January 1. 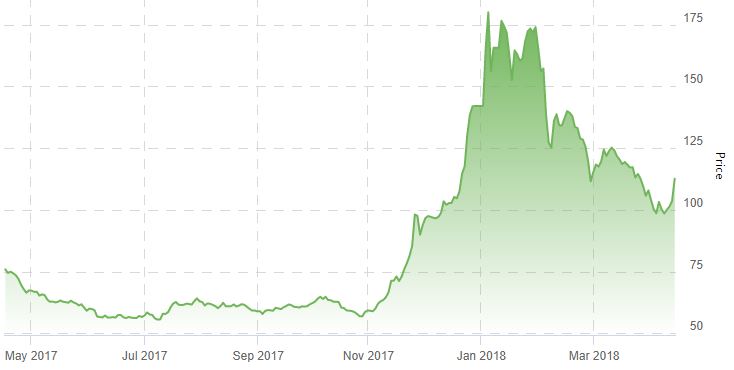 While cannabis stocks reacted favorably late Friday, most investors likely didn’t learn of the news, which came out with about three hours left in trading, until after the market had closed. Recall that investors had been piling into the stocks at the end of 2017 in advance of California legalizing, before Jeff Sessions threw cold water on the market on January 4th.

Big advances and declines in cannabis stocks have been the norm over the past several years. From August 2013, when the Cole memo was issued, until the peak in March 2014 (a couple months after Colorado opened its retail stores), the index increased over 1400%. Over that following 23 months those gains were erased entirely.

Then came the next run-up. From Labor Day in 2016 until the day before the elections that November, the market advanced more than 150% before giving up the majority of the gains over the next 11 months.

Most recently, the market advanced by more than 200% between late October 2017, when Constellation Brands announced its investment into Canopy Growth, and early January 2018, following the opening of California’s legal adult-use market.

A big difference between those prior market rallies and this one is that the drivers of those market advances (news about Colorado, the election, and California), were known in advance. This recent news, though, comes as a surprise.

I expect the market to quickly price in a more optimistic scenario that few expected. I believe an appropriate analogy may be the election of Justin Trudeau as the Prime Minister in Canada in October 2015, which fueled a massive rally in Canadian cannabis stocks.

To be clear, the United States isn’t likely moving towards fully legalizing. A more hands-off federal policy, however, will enable companies to operate with less uncertainty. That will boost investor confidence in both public and private companies. This improvement in the environment is likely to also encourage more private companies to consider going public.

How to Play the News

By the time you read this, a lot of the initial rally may be over. But this is still an excellent time to begin to consider investment from a longer-term perspective.

Consider the Canadian market since Trudeau was elected. The market initially shot up on the news, as the Liberals were promising to legalize. The Canadian Cannabis Licensed Producer Index goes back only to the end of 2015 and doesn’t include that initial rally, but it is clear that investors have had several chances to climb aboard a sustained rally:

The Kid Won’t Quit the Company: Inside the Epic Battle for MassRoots

In addition to a better operating environment due to removed uncertainty about federal enforcement, there are some big potential positives ahead, including more clarity on banking and the elimination of the onerous 280E tax treatment that prohibits cannabis operators from deducting ordinary business expenses.

I expect that access to capital will improve significantly. With laws rather than memorandums and annual budget riders protecting the cannabis industry, we should expect that qualified cannabis stocks could migrate from over-the-counter to higher exchanges.

One big difference I expect is that this potential advance in cannabis stocks won’t necessarily benefit the many cannabis scams that have historically attracted speculative interest in prior rallies. The market is getting smarter, and this is going to be more of a longer-term development that should attract more investors who care about the quality of the companies in which they invest as opposed to traders looking for short-term gains.

I suggest paying attention to revenue and making sure you know how to spot a scam. California stocks should come back into favor, and I have my eye on companies with exposure to Massachusetts, which is legalizing in July.

Bottom line: While nothing is ever a done deal until it’s a done deal, especially when it comes to politics, a move to embrace states’ rights by the federal government with respect to regulating cannabis has extremely positive implications for the cannabis industry and its investors. Those looking to capitalize on cannabis with their investments should pay close attention to these developments.

Cannabis Investing with the Cannabis Capitalist