Ed MurrietaMay 9, 2017
Share
Share on Twitter   Share on Facebook
Print
Shanya Schonauer of Sacramento became the first budtender in the nation to be certified by a state board. Schonauer, 27, completed 2,000 hours of training on safety, packaging, patient verification and best business practices and is now a cannabis pharmacy technician certified by the California Apprenticeship Council to dispense advice to consumers.
SACRAMENTO — Shanya Schonauer began working as a budtender five years ago at River City Phoenix, a Sacramento dispensary. It was her first job in cannabis, after working in sales for a tea company. Since starting the apprenticeship program two years ago, she’s risen from a budtender earning $9 an hour to a regional manager for two dispensaries earning nearly quadruple that amount. And now she’s taken another leap up the career ladder: Last month Schonauer became the first state-certified budtender in California’s new legal era.

On par with journeyman pharmacy technicians who dispense advice on drug intake and interactions, Schonauer is now licensed to dispense advice to people seeking to treat medical conditions with cannabis.

The certification program was spearheaded by the United Food and Commercial Workers union, which represents 1.3 million members nationwide. The union sees the apprenticeship program as an affirmation of the cannabis industry’s success and the first step toward licensing union and nonunion workers in other areas like growing, processing and lab-testing.

Ultimately, union officials says, they’re creating classes of employees whose skills are transferrable to other industries like craft brewing and biotechnology. Plans are afoot to partner with San Francisco City College and other schools to implement the curriculum throughout the state.

Leafly recently met Schonauer at River City Phoenix, the largest unionized dispensary in California, to discuss her training and her cannabis preferences. 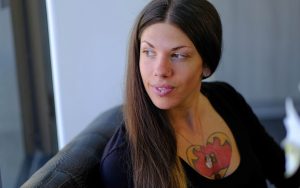 Leafly: What did you learn from the apprenticeship program?

How intensive was the training?

We had different people in different areas of expertise come out and educate us, whether it’s in lab testing, or nurseries. For each different position, whether you’re working the front  desk, budtending or working the express window filling patients’ orders, there are different qualifications. At the front desk, for example, you’re going to be the face of the company. You’re checking a patient’s doctor recommendation, verifying the recommendation with the doctor’s office, and letting people know about other services like massage programs, chiropractic, and acupuncture. We focus on a holistic aspect. We’re not just treating patients with cannabis. You have to have different skill sets.

What does the program mean for entry-level budtenders?

Ask a Budtender: How Do You Determine Cannabis Quality?

I haven’t gone to a lot of other dispensaries because once I found River City Phoenix that was like my home. They filled all needs. But I hear from a lot of patients that when they go into other shops they’re not getting enough information about the products. They’re not finding things that will specifically meet their needs. Some people say they go into dispensaries and the budtenders will be like, “Well, what are you looking for?” instead of asking the right questions to help patients figure out what’s going to work for them. A lot of patients themselves don’t know what they need, and don’t know what’s going to work best for them.

Should budtender training be mandatory?

I think it should be mandatory. Our industry really hasn’t been regulated for so long. With recreational coming up [in California], I feel there’s more focus on growing and testing rather than on the knowledge and information people need. People have bad experiences all the time. Ultimately, our industry should be training everyone who’s recommending products that people will consume. You don’t want to be the person creating the problem because of a recommendation you made.

What Budtender Qualities Make You Turn Away From a Shop?

What does certification mean for the cannabis industry?

It’s nice to know the state is starting to recognize people in our industry, and that we are starting to create a standard for other people to get certification.

Do people understand what budtenders do?

Many people have this misconception that it’s gonna be this relaxed, easygoing cool weed job. Yes, it is a cool weed job but it’s so much more than that. You really have to be educated and knowledgeable; otherwise you can’t help your patient get what’s best for them.

How informed were you when you started working as a budtender?

Not very. I mostly just knew what worked for me. I wasn’t familiar with topicals. I’d heard of edibles. But there’s a lot more to it—like learning the rules and regulations a dispensary needs to follow to operate. You have to learn about weights, about how to package things probably. There’s way more that goes into it than I ever would have imagined from the outside.

5 ways to help your budtender help you

You’re licensed to give people recommendations about treating their ailments with cannabis. Is that a big responsibility?

It’s a tremendous responsibility. So many people think our industry is just about people looking to get high. In reality, we see so many people looking for relief from the different conditions they’re dealing with. It’s so important that you understand what it is you’re recommending to people because if you give someone who’s new to cannabis a dose that’s way too potent and they overdo it and have a bad experience, it may deter them from ever trying cannabis again. And then that’s on your hands.

What’s the most surprising thing you’ve learned about cannabis?

The way everyone responds and reacts to cannabis differently. We have this one patient, an older lady, who likes to use edibles. It literally will take 6 to 8 hours after she eats an edible for it to kick in. On average, we like to tell people to wait 2 hours after eating an edible before increasing your dose. But I’ve never met someone who had to wait that long. I had to take my time with her to get her the right product, and the right dosing, and find a schedule for when she needed to feel the effects. It was trial and error and following up.

How would you advise a new patient looking to treat, say, insomnia with cannabis?

I would first find out if she’s ever used cannabis before. If so, how has that worked for her. If she hasn’t used cannabis before, then I would try to figure out if she’s open to smoking or wants to use edibles or tinctures. If she wants to smoke, I would recommend an indica, probably something a little bit lower in THC. If she wanted to try an edible, I would recommend something really low dose because you don’t want to go too strong too fast and become discouraged if you don’t get the desired effect right away.

Eyes Wide Open: A Podcast About Cannabis and Insomnia

Which patient ailments are difficult to assess?

It can be harder to help patients who have anxiety and PTSD. Coming into a dispensary can be overwhelming. There’s a lot going on. Sometimes if people start building into an anxious state, you may not be able to put a lot of effort and time into asking questions, diving in and figuring out what they need. They’re getting overwhelmed and they just want to get in and get out. Those situations it can be a little bit harder but you want to make sure you can utilize that small window of time you have with them and make constructive recommendations.

Where do you see yourself professionally in five years?

Running multiple shops. Right now I run two and we have two more in the works. I don’t necessarily think it’s because of this apprenticeship program—but it has definitely helped a lot.

I suffer from anxiety, so most of the time I like a nice easygoing indica. Purple Goo and Purple Cream are two strains that I really, really enjoy. Ingrid can be too heavy and too active in my mind, so I try to stay away from that. I used to really love sativas. Red Dragon was one of my favorites. But because of my anxiety, I try to stay away from that. I rarely even try sativa strains anymore because I don’t want to take the chance that I’ll be feeling uncomfortable. OGs are nice—they’re right in the middle.

How to Get Hired to Work in the Legal Cannabis Industry Part 2: Getting Hired as a Budtender 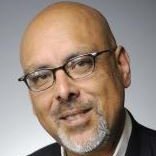