Video: Can You ID These Smash & Grab Dispensary Thieves? 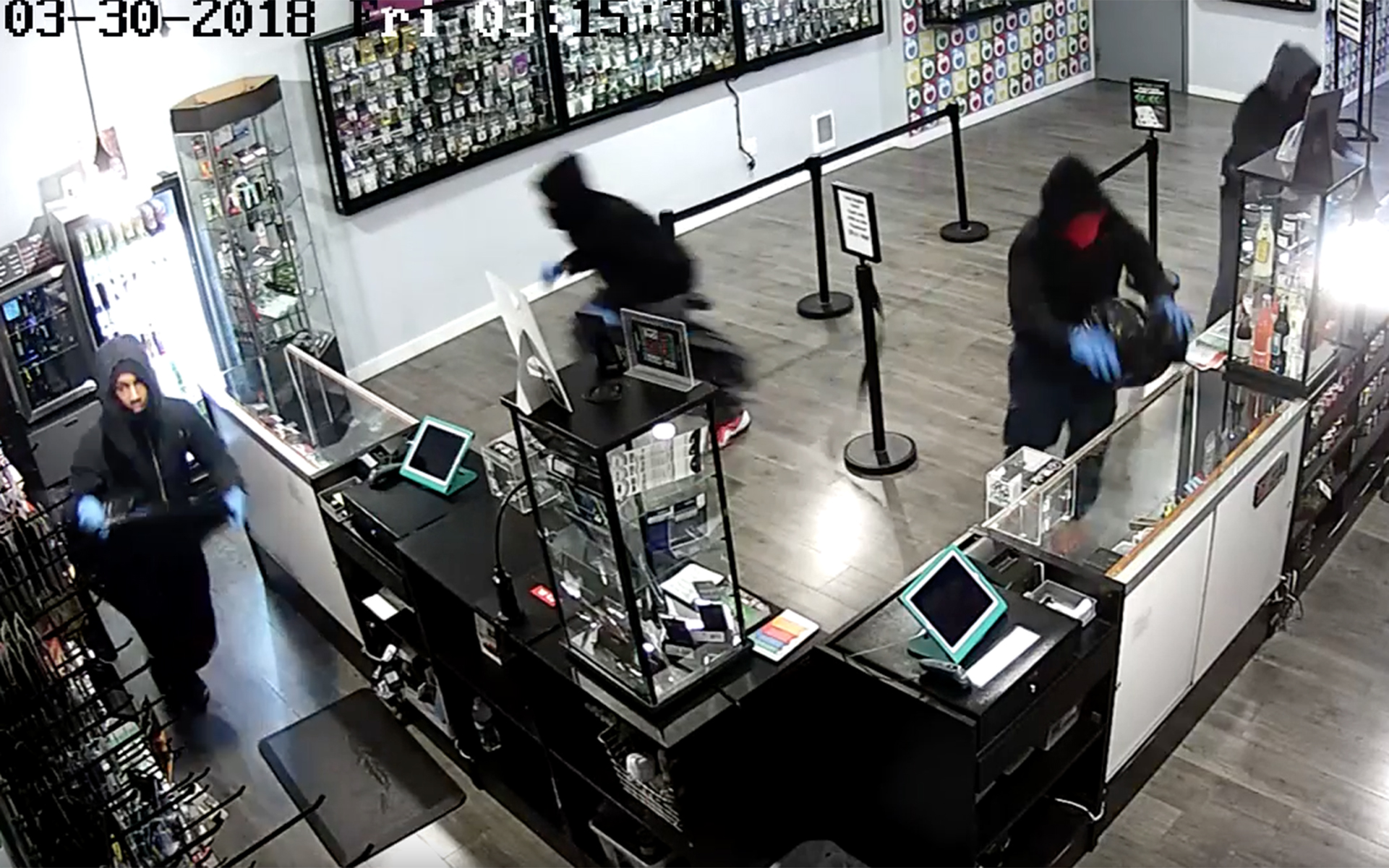 (Courtesy of Have A Heart)
Around 3:15 in the morning last Friday, a crew of four burglars smashed a stolen Ford Taurus through the front door of the Have a Heart retail cannabis store in Seattle’s Greenwood neighborhood. The thieves backed the car to the curb, then ran into the store with empty duffels and black plastic bags. About one minute later they ran out of the store with the bags full of cannabis products, and drove away.

Call them the Sneakerhead Crew. They covered their faces, but flashed some unique kicks during their getaway.

“It seemed like they were familiar with the items they wanted, like they had cased products at other shops,” said Marcelo Ramirez, executive assistant to Have a Heart CEO Ryan Kunkel. “They were focused on the heavier-weighted flower packages,” grabbing ounces, not grams.

The whole thing was caught on video.

The gang remains at large, and Seattle Police and officials at Have a Heart would like your help in bringing them to justice. If you recognize anyone, please contact Seattle Police at 206-625-5011 and reference the incident and date (Have a Heart Greenwood break-in, 3-30-18).

The clearest still of one of the faces appears in this screen shot: 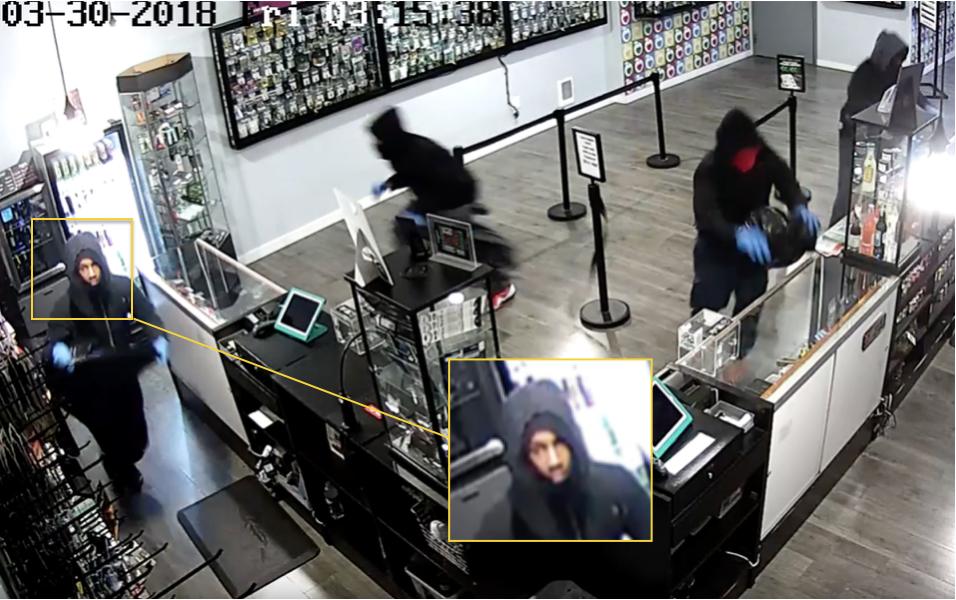 Gotta Be The Shoes

The four burglars took precautions to mask their faces, and all four wore gloves to avoid leaving fingerprints.

But two of them wore shoes that might be familiar to sneakerheads around town.

Check out this pair: 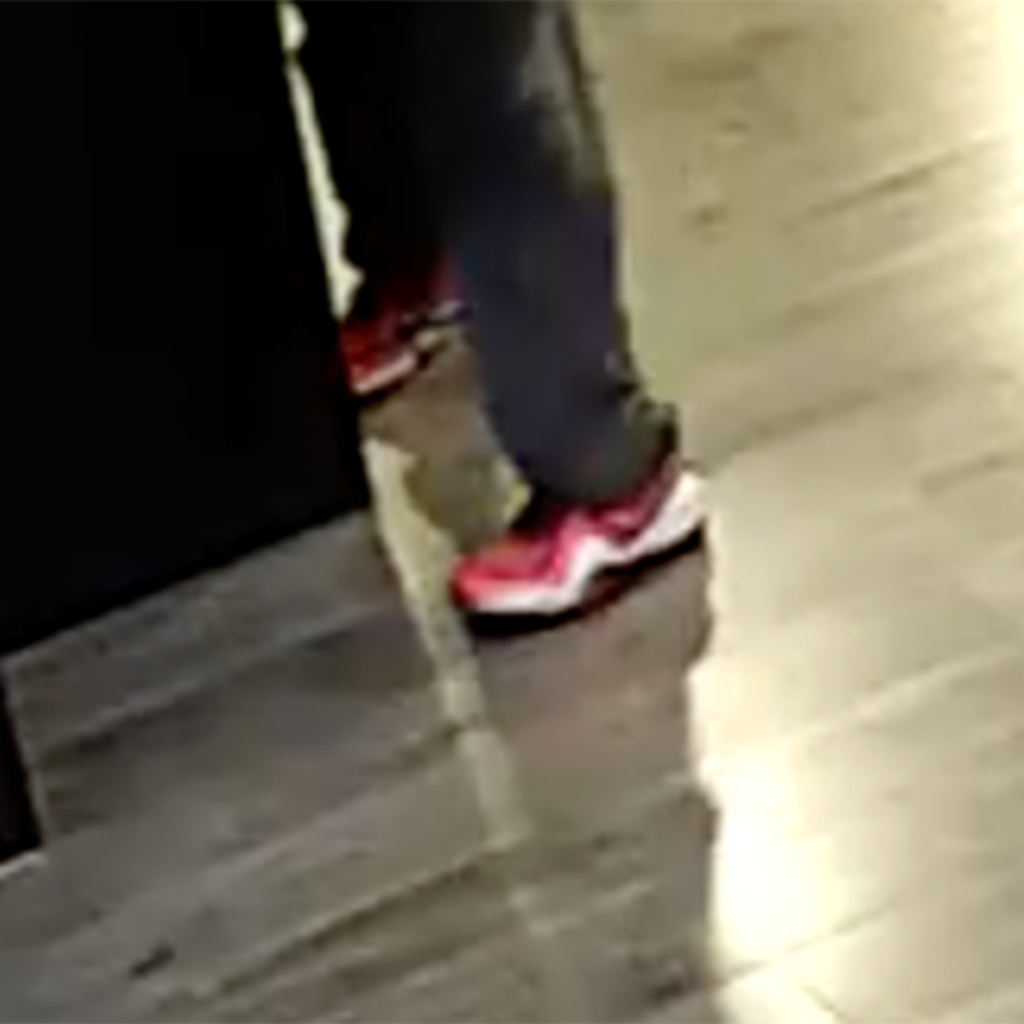 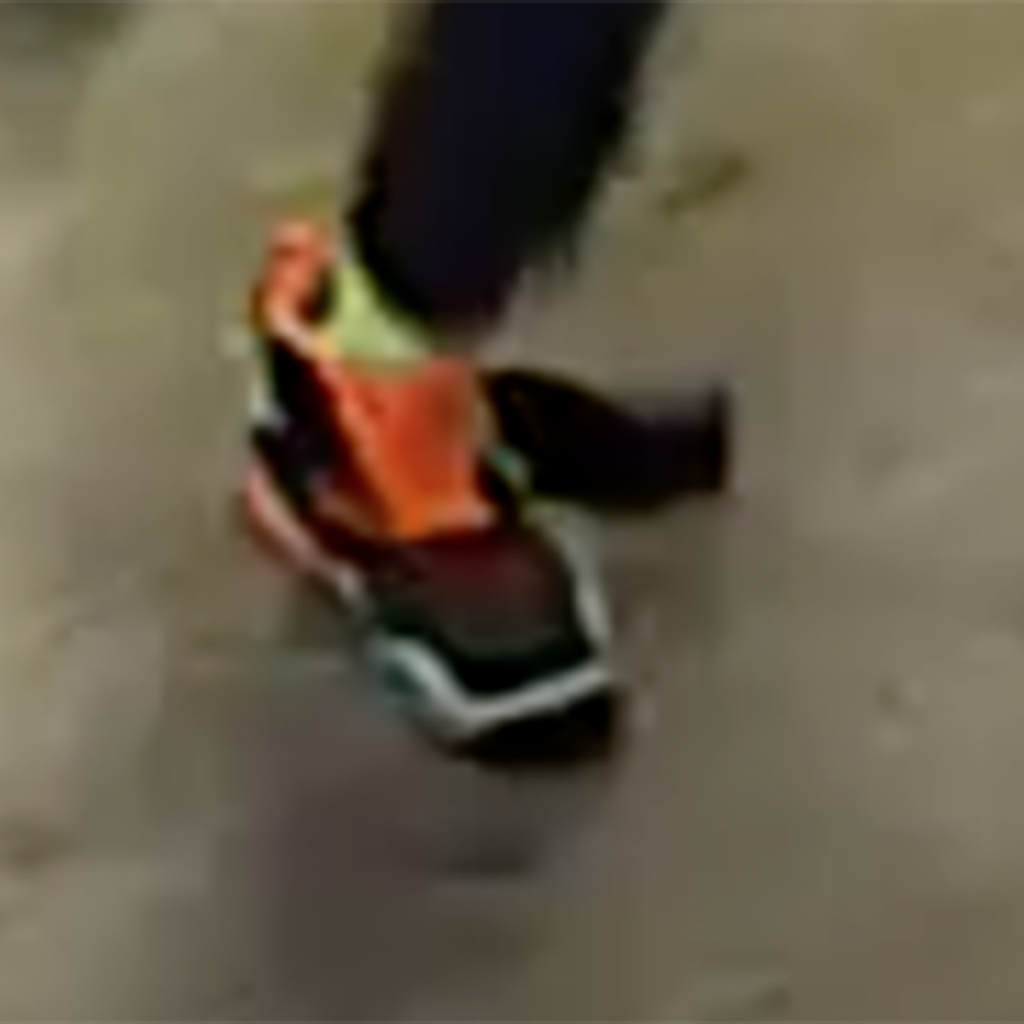 Have a look at the footage captured by Have a Heart’s security surveillance system.

The thieves did not get away with any cash, just cannabis products. Have a Heart’s security team was alerted to the break-in as soon as it happened, and the company’s maintenance and construction crew were on hand the next morning to secure the door and repair the damage. The store was up and running later that same day.

All in all, the whole caper was a strange episode. The crew was obviously well prepared, dressed all in black with face-obscuring hoodies and bandanas. They made the effort to all wear gloves. They arrived with large empty duffels and bags. They seemed to know exactly the products they wanted to steal. They were in and out in about two minutes. And yet…all that effort (and damage) to obtain cannabis products priced in the hundreds? We’re still trying to make sense of it.

If you have an idea who these geniuses might be, please contact the Seattle Police at 206-625-5011 and reference the Have a Heart Greenwood break-in on March 30.

More on the Cannabis Industry 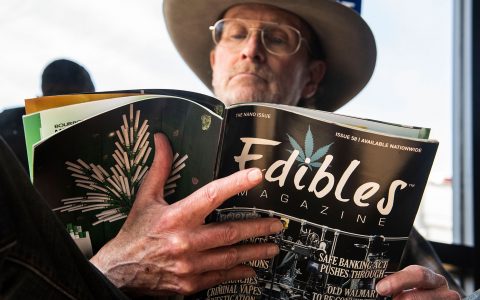