If you happen to be hiking in Yellowstone National Park, park rangers have some advice: Carry bear spray. Hailed as a non-lethal deterrent against charging and aggressive bears, the spray is comprised of Capsicum (pepper) derivatives sufficiently powerful to temporarily disable a 500-pound grizzly.

On the night of Saturday, February 22, a cannabis store manager in Everett, WA, proved that a single can of bear spray is also capable of routing a trio of armed robbers.

It started as a normal Saturday night. After a long shift, manager Chris Vincent went about his usual pre-closing routine at Marijuana Club 99 around 10:53 p.m. when three masked men burst through the doors. One of them, brandishing a handgun, demanded that Vincent open the register.

This wasn’t Club 99’s first robbery. Eight days earlier, on February 6, three men armed with a handgun ran into the store, ordered the employees to the floor, and left with thousands of dollars in cash and products.

Since then, Vincent has worn a panic button while working. (The button alerts law enforcement that a crime or emergency is in progress.) Marijuana Club 99 employees also keep a canister of Frontiersman bear spray near the register to defend themselves against disgruntled customers or potential thieves.

The tripped button seemed to cause the trio to reconsider and flee. But they quickly regrouped and returned to the store.

Inside, Vincent waited by the register. When the two nearest thieves had their backs turned, he reached for the canister. “I grabbed my bear spray that was underneath my register and attacked the first guy that was on my right behind me, chased him down the right side of the building and came back around,” the manager told Leafly. “The guy that had the gun was coming towards me and I got him with the last little bit of the can. And they all just scrambled for the front doors.”

In a video of the incident posted by KIRO 7 News, the trio are so desperate to escape that they struggle to open the front doors. Despite having to clean up the debris from the attempted robbery, Vincent was pleased with the outcome. He now carries the bear spray at his side when he’s on the clock.

Asked about his choice of weapon, Vincent explained: “Your standard mace is gonna immobilize a person, but the bear spray lasts days and days and days after.”

“I still have some of the residual effects of it today,” he said, two days after the incident. “Just from having to clean up the mess and having the residual after spray in the store. I mean, it’s not so bad now.”

Vincent said he’s not concerned about being the victim of another robbery. If anything, he says he’s better prepared to fight off criminals after the latest attack. But given the significant number of robberies that have taken place at dispensaries in and near Everett in the last year or so, Vincent is concerned that the federal government’s stance on cannabis leaves dispensary employees vulnerable to violence. As long as banks and other larger financial institutions refuse to work with dispensaries to establish accounts and lines of credit, most dispensaries will be forced to do business entirely in cash—making them tempting targets for thieves.

“I’m hoping with that video going viral, that I can put my voice out there to help our industry,” Vincent said. “A lot of people are talking about it. I hope people see that we are vulnerable. We’re a small shop. We can’t afford to hire a big security firm to watch us 24/7.” 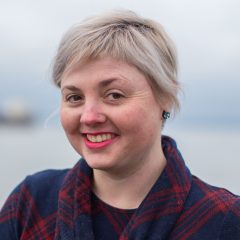 Leafly News Editor Ashley Schwellenbach is the former managing editor of the San Luis Obispo New Times and the author of Scourge of the Righteous Haddock, Vestal, and The Wheel Diver.

Coronavirus closures and cancellations in Canada 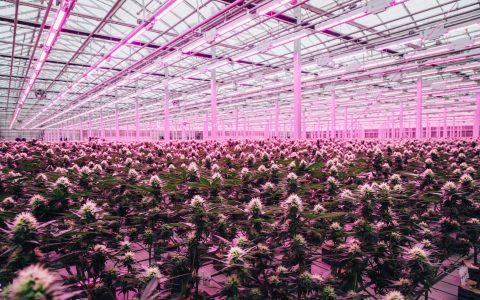