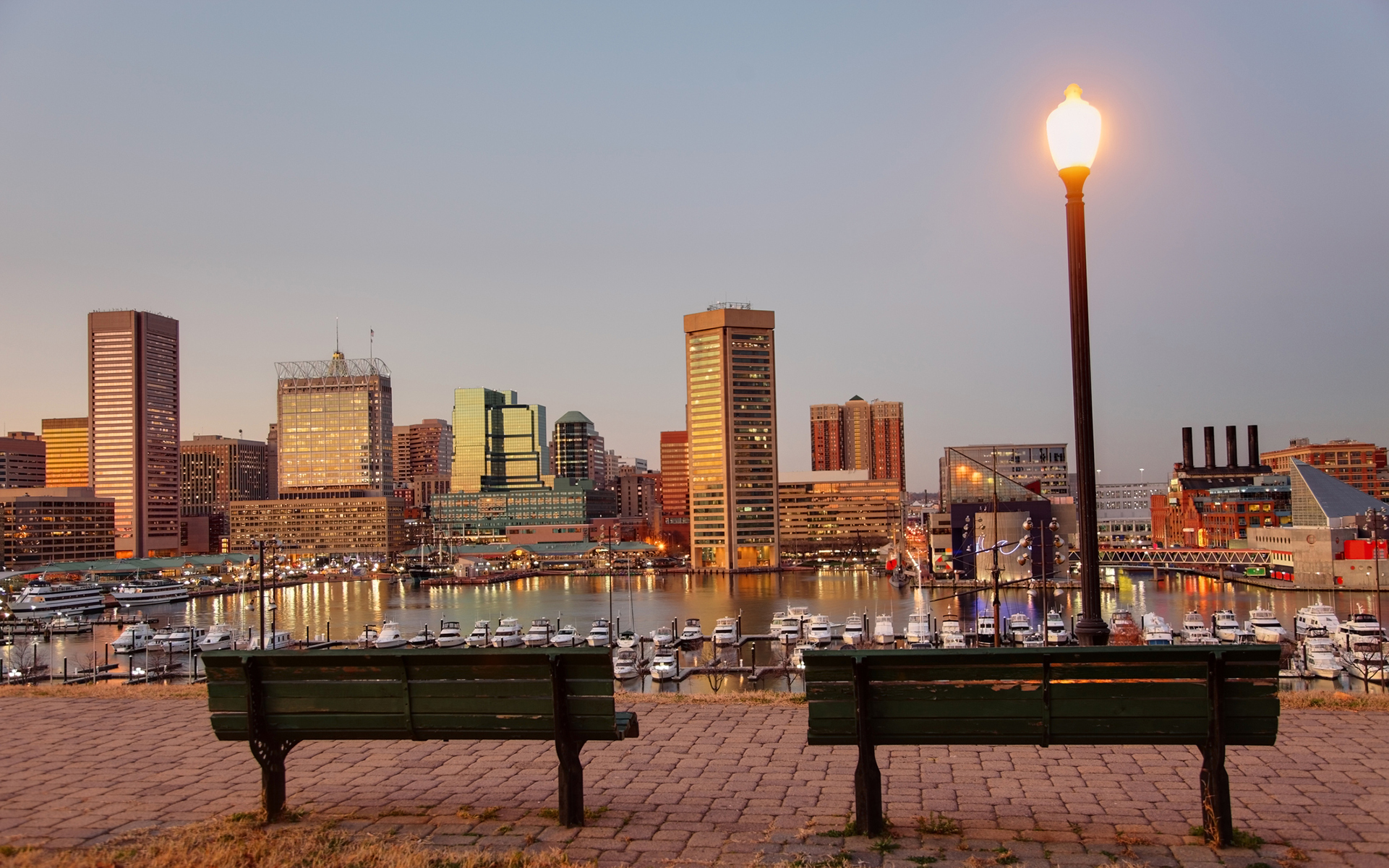 Baltimore will see 11 dispensaries spread across its six districts. But so far, only three have made their locations public.

Both shops sit on parallel thoroughfares in areas zoned for commercial and residential use. But while their surroundings are similar, the dispensaries have drawn divergent responses from neighbors.

In Wyman Park, residents lined up by the dozens at community meetings over the summer to air security and crime concerns around the latter dispensary, co-owned by Alan Staple. “Medical cannabis is a new industry in Maryland,” Staple wrote in an email. “So naturally people have many questions.”

In Hampden, the response was comparatively calm. Merchants and community members met with Leah Heise, co-owner of Chesapeake Integrated Health Institute, to talk through concerns in person.

She added, “Wyman Park has been a little bit more upset about the fact that a dispensary is coming into their neighborhood.”

More than four years have passed since Maryland legalized medical cannabis. After numerous delays, the state is preparing to finally begin serving patients through 102 planned dispensaries. Each of Maryland’s 47 legislative districts can have two—more if a permitted grower is also licensed to dispense product.

The city of Baltimore will see 11 dispensaries spread across its six districts, the Maryland Medical Cannabis Commission announced last spring. But so far, only three of those have made their locations public. Unlike in Michigan and other states, where operators must nail down locations and local government approvals before receiving a license, applicants for Maryland’s medical marijuana licenses weren’t required to site their stores first.

“Because Maryland didn’t make you choose a location, you didn’t have to approach whatever the community association was until the time you had actually identified a property,” Heise explained.

Residents of Wyman Park were thus surprised to learn a dispensary was on its way. Most other neighborhoods are probably still unaware, as only operators in Hampden, Wyman Park, and South Baltimore’s Federal Hill neighborhood have announced they’re moving in.

The city’s new zoning law, Transform Baltimore, handles dispensaries the same way it does retail pharmacies such as Rite-Aid and Walgreens, letting them operate in mixed commercial-residential areas. Zoning administrator Geoffrey Veale called it a “common sense approach” at a July meeting organized by the Wyman Park Neighborhood Association.

The characterization raised some eyebrows, especially among those who felt cannabis businesses should be held to a different standard.

“They left it as a retail goods establishment,” said Jack Boyson, the neighborhood association’s president. “The question is, where do we fit in? I think people are concerned about why are we having this in our backyard without any consultation.” 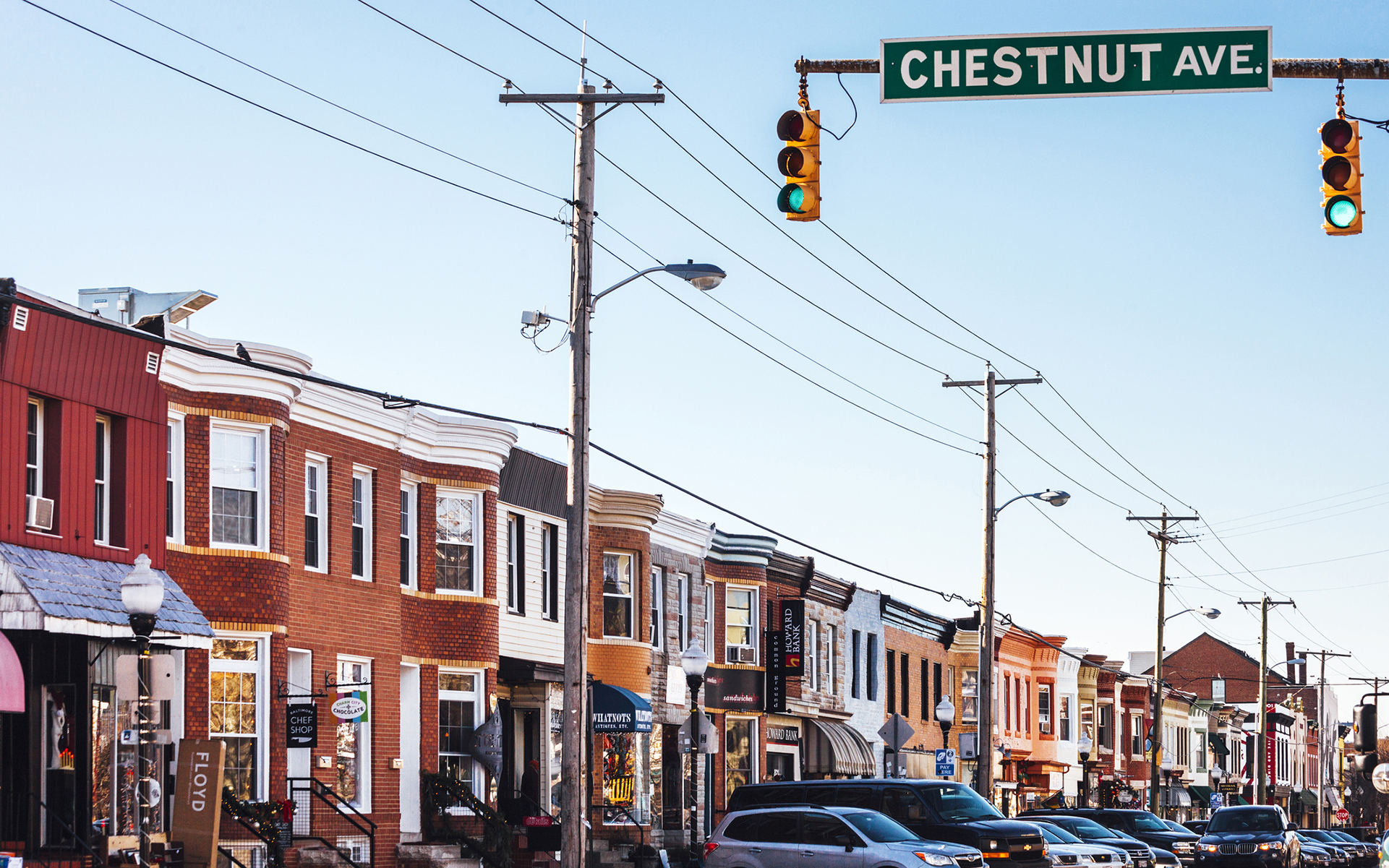 Crime was an especially hot topic at the meetings. Gene Meyer, a resident who lives 120 feet from Medical Products and Services’ future site, pointed to a UCLA study that suggested a link between increased crime and dispensaries’ proximity to highway off-ramps.

(The research is far from conclusive. The same study concluded that density of dispensaries “was not associated with violent or property crime rates,” and a separate study by USC and UC-Irvine researchers has shown that neighborhood crime actually increased after the closure of dispensaries.)

While some neighbors said they’d prefer a dispensary nearby to, say, a bar or music venue, others remain wary. People unfamiliar with how the businesses operate suggested the smell of pungent product would stink up the surrounding area, or that patients would consume in the parking lot outside.

“There was an array of emotion versus reason,” said Michal Makarovich, a local merchant and the vice president of the Wyman Park Neighborhood Association. “I think people, they know this is coming through. They’re OK with it, but they don’t want it in their backyard.”

The association pressed the Baltimore City Council to hold a public hearing on the issue in August. After hearing complaints, city officials said they’d consider an option to modify the zoning law by including a special application process for dispensaries and growers, a policy implemented in nearby Baltimore County.

But in October, Councilwoman Mary Pat Clarke said she and her colleagues determined that the plan ultimately wouldn’t work. The city’s zoning board had already approved the locations of Medical Products and Services and Chesapeake Integrated Health Institute.

“It’s incumbent upon each of the awardees to reach out and form partnerships and be a real part of helping the community.”
Darrell Carrington, Greenwill Consulting Group

“Even if we do change the law to require conditional use status—for example, before the zoning board or the City Council—we can’t do it retroactively,” said Clarke, whose district is home to both dispensaries.

An alternative solution has since emerged: memorandums of understanding between neighbors and dispensary operators. One is currently being finalized between Medical Products and Services and two neighborhood associations to address security, lighting, packaging of products, and even employee training, Makarovich said.

Heise said her shop’s MOU in Hampden will likely be similar, if they enter into one. Usually those issues are addressed early on in a dispensary operator’s business plan anyway, she said.

“Some of those concerns were based on the fact that [residents] don’t understand that the law prohibits people from consuming on-site,” Heise explained. “We’re no different than a pharmacy. It’s just getting the education out there and dispelling the belief that this is going to be akin to some type of opium den.”

Cannabis Regulation in the Wild West: What We Can Learn From San Jose

Darrell Carrington, a lobbyist who works with Maryland’s Greenwill Consulting Group, said MOUs with community groups allow dispensaries to forge bonds with locals, such as through financial agreements with nonprofits.

“I think it’s incumbent upon each of the awardees to reach out and form partnerships and be a real part of helping the community move forward with economic development,” he said.

While Baltimore’s zoning rules for dispensaries may have spurred tensions, other cities have faced more significant zoning troubles. Detroit lawmakers made the process so restrictive that it appears nearly impossible to find a permitted location for a dispensary. In Seattle, “Little Amsterdams” – highly concentrated areas of dispensaries – sprouted up due to buffer zones for sensitive places like child-care centers and public parks. (Seattle lawmakers enacted a fix in early 2016, reducing the buffer zones while also setting a required minimum distance between dispensaries.)

In California, meanwhile, state regulators are requiring “local approval” in order to issue a cannabis business license— in part to encourage dispensaries to come to the table with neighborhood representatives.

While Clarke has admitted Baltimore’s lack of dispensary zoning rules was actually an oversight by the council, Carrington says the retail pharmacy designation for the businesses was actually “very forward-thinking.”

“Any place that you’ll would have a Walgreens or a CVS, you should be able to locate a medical cannabis dispensary as well,” he said.

As an owner, Heise said she would have appreciated the additional guidance of a more specific zoning law. Then again, she said, finding an appropriate location “is probably the number one most difficult task a dispensary owner faces,” particularly for those who rent their space. (Heise said she arranged to lease her location on Falls Road from a cannabis-friendly landlord. Her dispensary will be up and running in the “first quarter of 2018,” she wrote in an email. )

Makarovich, of the Wyman Park Neighborhood Association, encouraged communities with similar concerns to follow Hampden’s and Wyman Park’s lead. Set up in-person meetings, he said, and try to set terms with dispensary operators early on.

“There’s the zoning for it; there’s the law for it, from the city, from the state. It’s going to happen,” he said. “You can keep fighting and fighting, and getting on each other’s wrong sides, or you can try to work out the best deal you can have.” 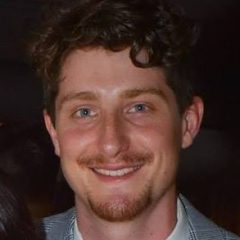 Ethan McLeod is a Baltimore-based journalist currently serving as senior editor for Baltimore Fishbowl. In addition to cannabis, he enjoys covering local politics, infrastructure, music, and basketball. His work has been published in Baltimore City Paper, DCist,and CQ Researcher. 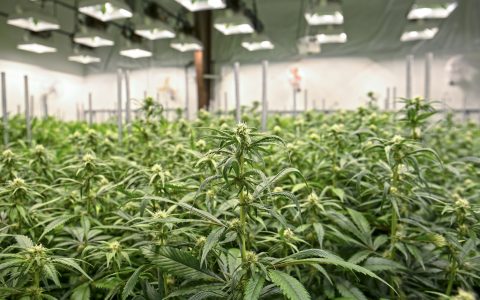 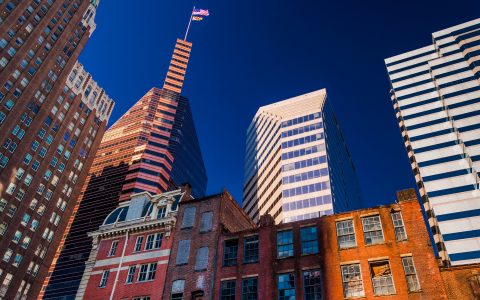 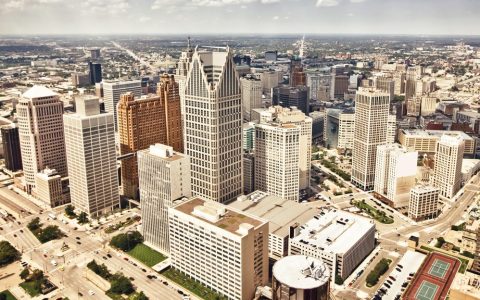 Politics
Want to Open a Dispensary in Detroit? This Map Will Blow Your Mind