Guest Opinion: FIFA Athletes Can Use CBD. It’s Time for US Sports to Follow Suit 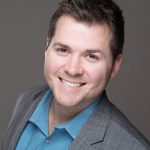 Justin Pentelute is CEO of Batmann Consulting—licensor of The Clear, one of the world’s most successful cannabis concentrates brands. The Clear’s line of solvent-free, high-THC cannabis extract oil products are available in California, Colorado, Michigan, Nevada, New Mexico, Arizona, and Oregon, while The Clear CBD is available nationwide.

Leafly welcomes op-ed contributions from industry and political leaders on a range of topics related to cannabis.

As the World Cup 2018 kicks into high gear this week, I wanted to take a moment to celebrate a small but significant win—for legal cannabis and professional athletes, sure, but also for progressive drug policy and commonsense sporting rules.

This year’s World Cup represents one of the first times a professionally sanctioned sporting event is allowing the use of a cannabis derivative.

In October 2017, the World Anti-Doping Agency (WADA) removed cannabidiol (CBD) from its banned substances list, becoming the first major sports organization to acknowledge non-intoxicating CBD as a separate compound from marijuana. And while no World Cup player has yet declared that they are using cannabidiol, this is the first time the Cup will be played in which a player would not be penalized if CBD were found in their bloodstream.

Everybody deserves access to CBD—a powerful cannabinoid that’s a natural anti-inflammatory and pain reliever—including professional athletes, many of whom are already seeking safe, natural alternatives to the deadly prescription opioids and anti-inflammatories commonly prescribed to them.

WADA’s move to end its ban on CBD comes as evidence supporting the medical and therapeutic applications for cannabidiol mounts, and a growing number of health authorities and medical experts around the world acknowledge the compound’s promising potential.

Even the World Health Organization (WHO) recently acknowledged the broad-ranging potential benefits of pure CBD in a preliminary report released in February, concluding the cannabinoid has legitimate medical applications and no known potential for abuse or adverse health outcomes.

Beyond the strong clinical evidence supporting pure CBD as an effective treatment for some forms of epilepsy, the WHO report pointed to preclinical and limited clinical evidence indicating CBD may be a useful treatment for a wide range of medical conditions, “consistent with its neuroprotective, antiepileptic, hypoxia-ischemia, anxiolytic, antipsychotic, analgesic, anti-inflammatory, anti-asthmatic and antitumor properties.”

NFL players are about three times more likely to abuse opioids than members of the general public.

The WHO report also recognized important early evidence that CBD may help with opioid, cocaine, and psychostimulant addictions. As America continues to grapple with surging opioid addiction rates and record numbers of drug-related overdoses, CBD’s potential application for the treatment of drug addiction cannot be overlooked.

This is particularly true for professional sports leagues, where painkiller abuse among current and former players has become a substantial problem.

American Sports Leagues Stuck in Past

WADA took a big step in the right direction by removing CBD from its banned substances list, but unfortunately US sports organizations like the National Football League, which currently bans the use of any cannabis compound, have not been as forward-thinking.

NFL players are often prescribed powerful opioids and anti-inflammatories for the painful injuries they suffer in games and in practice. And due to the high addiction rates of these drugs and their widespread use within the league, NFL players are about three times more likely to abuse opioids than members of the general public, according to findings from a 2010 study conducted by Washington University at St. Louis.

It’s time for all pro athletes to have access to the pain-relieving properties of CBD. And I hope WADA’s stance on CBD gives US professional sports organizations the nudge they need to embrace similar reform. 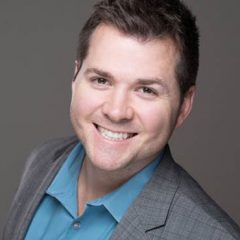 Justin Pentelute is CEO of Batmann Consulting—licensor of The Clear, one of the world’s most successful cannabis concentrates brands. The Clear’s line of solvent-free, high-THC cannabis extract oil products are available in California, Colorado, Michigan, Nevada, New Mexico, Arizona, and Oregon, while The Clear CBD is available nationwide.

Politics
Can Olympic Athletes Use Cannabis? Officially No, But...
Lifestyle
NFL Roundtable Discusses Cannabis and Opioids
Politics
Is CBD Legal Now? With Epidiolex Approved, It's Still Not Clear
Science & tech
Is FDA-Approved CBD A Blessing or Curse?