Congressman Fudges Stats About Blacks to Back Up Prohibition 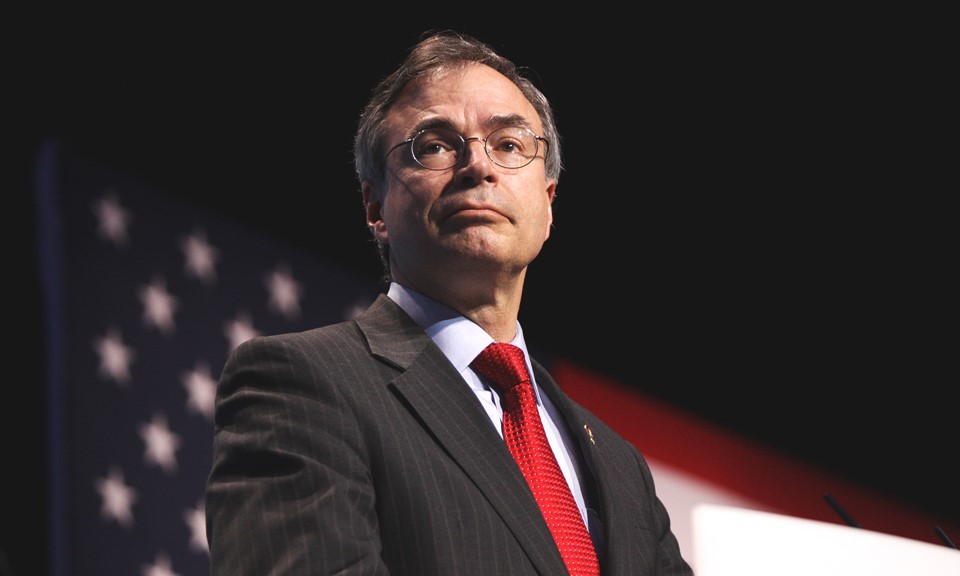 Republican congressman and staunch cannabis opponent Andy Harris this week defended his support of cannabis prohibition by citing statistics about African-Americans — statistics that aren’t only wrong but could be considered downright offensive.

The exchange came during a Maryland town hall after advocates questioned U.S. Rep. Harris, R-Md., on his past efforts to curb cannabis in the District. Adam Eidinger, who helped lead Initiative 71, which legalized recreational use in D.C., called out the congressman for trying to overturn the law. In response, Harris maligned Washington voters, spouting false and misleading statistics that seem to link cannabis use to racial disparities.

Watch a clip of the spat below:

Did you catch that? Here’s a breakdown of the transcript:

Harris: Adam, we have a Constitution. D.C. is not a state. We can make it a state if we get enough votes nationally, but it’s not a state.

Eidinger: Why won’t you help us do that?

Whoa, whoa, back up. First of all, legalizing cannabis is an irresponsible decision? That’s probably a tough sell to Colorado, Washington, Alaska, and Oregon, which have seen millions in new tax revenue and no measurable increase in crime. Now let’s take a look at those statistics.

The actual unemployment rate for black District residents is 13.6 percent, according to the Economic Policy Institute, and the high school graduation rate for black students in D.C. is 59.7 percent. There are a lot of ways to slice and dice those numbers, sure, but Harris was more than a little off. The bigger problem is his implication that cannabis has contributed to the plight of black District residents. Survey after survey show that black and white Americans consume cannabis at nearly identical rates.

It’s possible Harris was saying that racial inequities are simply too pressing for lawmakers to focus on anything else, but something tells us that’s not what he meant.

Eldinger, an advocate with DCMJ, which organized the Initiative 71 campaign, told Leafly that wasn’t the lawmaker’s only comment that seemed out of touch.

“When Andy Harris said that cannabis was a ‘dangerous drug,’ you could tell by the reactions in the room that he didn’t have the majority of the people in the room agreeing with him,” Eidinger said. “Even Republicans are scratching their heads on this.”

Harris has long been an opponent of cannabis, having pushed to block implementation of the District’s legalization program. He even went so far as to include a rider on a 2014 omnibus spending bill that would bar local D.C. officials from using federal funds to enact laws or regulations for legalization.

Eidinger said he’s hopeful the money can be used anyway.

“If we can convince Mayor Bowser to use the Federal Reserve funds, the odds are about 3-to-1 that Congress would not interfere,” he said. “Technically, those funds can be used for anything that was legal in 2014.”

Eidinger encouraged supporters to stay active in the movement by paying attention to legislation efforts, attending town hall meetings with lawmakers, and getting involved in voting drives. If your politician doesn’t support your beliefs, he stressed, you have the power to change it.

“We have a moral obligation to medical marijuana patients from around the world who come to visit D.C., who have nowhere to safely access medicine, and have no public place for consumption,” he said. “We need to drive home consumer rights, fight for them in the best way we can, and not treat them like an afterthought.”

The need to take action extends beyond the nation’s capital, he added.

“This is a bigger problem than just [Harris]. There are 70,000 elected officials in America, and not a single one of them feels comfortable coming out and saying ‘I use cannabis, and I’m responsible.’”