THCA and CBD Crystalline: Cannabinoids at Their Purest

Purity and potency are driving forces in the cannabis concentrates market. Chemists and engineers conducting research and development in this field have been hard at work creating concoctions that consistently push the boundaries of what can be done with cannabis extractions and isolations.

One question more curious extract consumers ask is this: Can pure cannabinoids be isolated and packaged for consumption? Yes, they can. Extractors are now delivering a crystal-like isolate product composed of THCA and CBD that is often referred to as “crystalline.”

What Is THCA and CBD Crystalline? 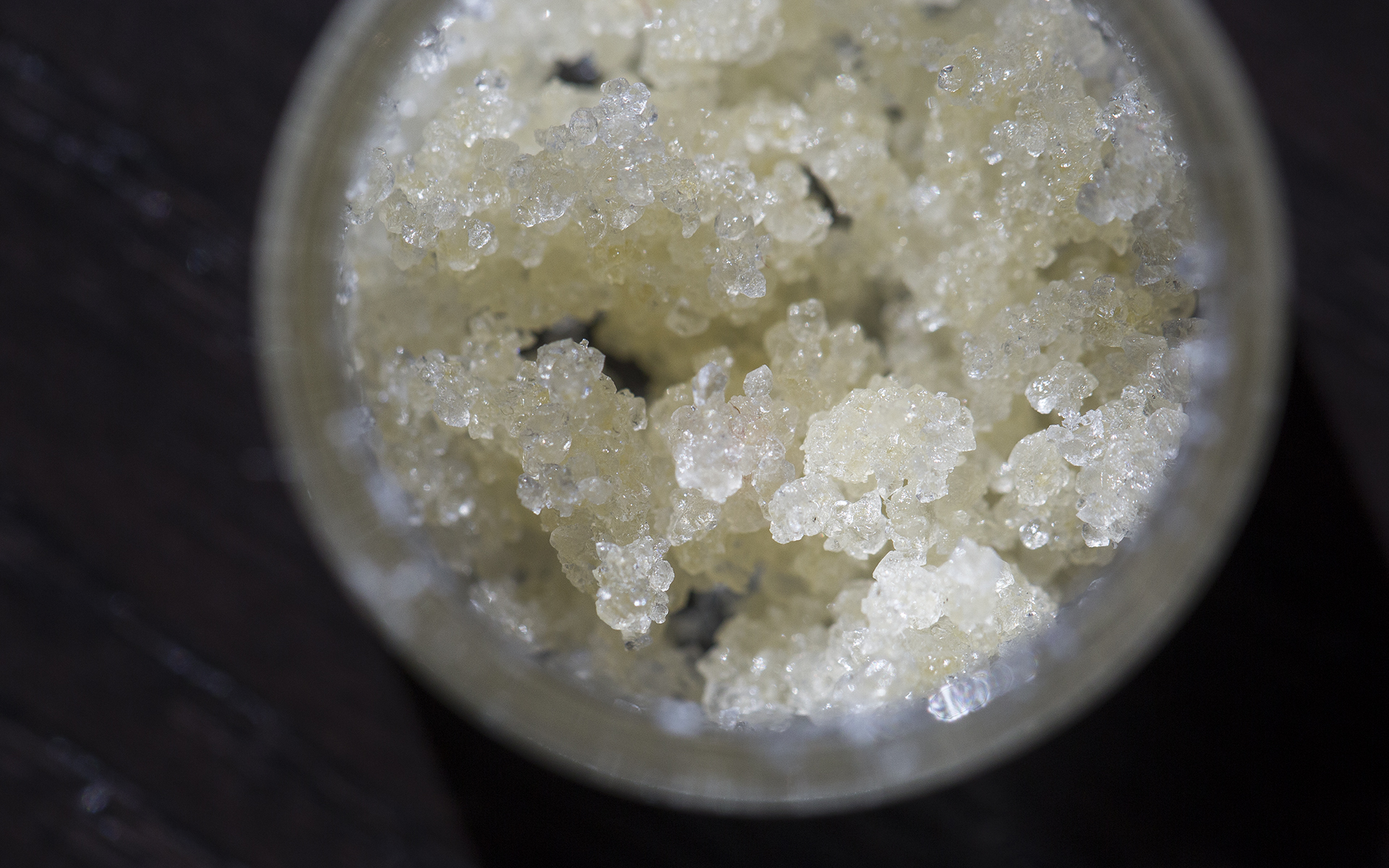 Tetrahydrocannabinolic acid (THCA) and cannabidiolic acid (CBDA) are the two most prominent cannabinoids found within the trichomes of living cannabis plants. Both THCA and CBDA are precursors to their pharmacologically active, commonly consumed analogues, THC and CBD. As a living cannabis plant cycles through the final stages of senescence, these unstable cannabinoid precursors slowly decarboxylate and become active. Once a plant is harvested and dried, various forms of heat application can also decarboxylate cannabinoids into their active compounds.

Isolated THCA and CBD are the purest form of concentrate available, with potencies topping at around 99.9%.

Cannabis contains hundreds of active and inactive compounds that take on many shapes and structures on a microscopic level. THCA and CBD are both similar in that their molecular composition resembles a crystalline formation with rigid and latticed structures. Note that while THCA’s and CBD’s structures lend to the formation of crystalline, CBDA’s does not.

When completely isolated and in visible quantities, these compounds look a lot like snowflakes or crushed rock salt.

Isolated THCA and CBD are the purest form of concentrate available, with potencies topping at around 99.9%. This means that there are no traces or terpenes, flavonoids, fats, lipids, or anything else from the raw plant. For this reason, isolates contain little to no flavor, color, or aroma.

The specific process of creating crystalline is a well-guarded proprietary secret, but processors have divulged enough information to give us a general idea of how this complicated preparation is conducted.

How Is THCA and CBD Crystalline Made?

The process of isolating and collecting cannabinoids begins with an extract. Aside from primary cannabinoids, these extracts contain a number of other components that range from terpenes and flavonoids to fats, lipids, and a host of other particulates. In order to remove these compounds and isolate the cannabinoids, a series of washes and separations must occur.

The first wash is typically done with the popular extracting hydrocarbon hexane as well as acetic acid (think super-concentrated vinegar). Once mixed, these chemical solvents help to strip away plant particulates and impurities. In order to remove these chemicals, the slurry must be fed into a rotary evaporator, sometimes referred to as a “rotovap.” Rotovaps are designed to gently separate solvents from compounds through the process of slow heat introduction combined with pressure and rotational motion.

Once this first step is complete, the remaining cannabinoids must undergo further isolation through a separation process called “preparative chromatography.” In short, this form of chromatography is used to separate compounds by passing it through various mediums at different speeds. To isolate cannabinoids with this method, more chemicals are introduced which must be filtered out through yet another round of rotary evaporation.

Crystalline THCA is considered inactive insofar as it does not have the same psychotropic properties as THC if ingested in its current state.

Crystalline THCA is considered inactive insofar as it does not have the same psychotropic properties as THC if ingested in its current state.

The final stage in cannabinoid isolation is to prepare the product for human consumption. At this stage, all that is remaining are pure cannabinoids and a minuscule amount of lingering impurities. These remaining particulates must be removed with solvents such as methane and pentane through individual mixing and separation phases. Each solvent is added and subsequently removed by use of the rotovap.

Once the final separation is complete, the remaining product will be 99% pure crystalline cannabinoids.

How to Use Crystalline THCA and CBD

In order for crystalline THCA to become active and deliver intoxicating effects, it must be heated. However, THCA has medicinal and therapeutic properties despite being inactive, and can be supplemented in its raw form through several methods.

Related
What Is THCA & What Are the Benefits of This Cannabinoid?

Crystalline cannabinoids work well for oral ingestion as they can be prepared into foods and even portioned into pills or capsules. Because these cannabinoids are so pure, they are easy to dose.

Those who wish to rapidly activate their crystalline cannabinoids often do so through vaporization and dabbing. By dabbing or vaporizing THCA, decarboxylation occurs near instantaneously, breaking down the inactive, acidic cannabinoid into THC.

Crystalline THCA and CBD have very little to offer in flavor, which is why many producers enhance these pure extracts with additional terpene blends. The combination of terpenes and cannabinoids can provide a more robust experience, not only by adding flavor, but also through more nuanced effects.

As you can see, crystalline cannabinoids provide benefits that are not available with traditional concentrates and extracts.  Their only downside? These products are difficult to produce and few manufacturers have dialed in a consistent recipe for preparation. This makes crystalline products very expensive in the few markets they are available in.

If you’re lucky enough to get your hands on some crystalline cannabinoids, share your experience and photos in the comments below!

CBD
The 10 best CBD strains according to Leafly users
Sign up for more Leafly news
Thank you for subscribing!