What are the best ways to get rid of the smell of cannabis?

Cannabis, as we’re well aware, is a flower. One of the primary functions of flowers is to create terpenes, odoriferous chemicals designed by nature to attract pollinators and ward off predators. These pungent compounds can be one of the best and worst parts of enjoying cannabis. The rich smell of fresh, sticky weed can be as intoxicating as the perfume of a long-lost lover.

Unfortunately, weed smell can also be a dead giveaway that alerts others to your preferably private ritual. And while cannabis may be consumed for medicinal and adult-use purposes throughout the country, federal prohibition continues to govern public perception, which can still trend negative. If you want to be mindful of your neighbors or simply want your cannabis habits to stay under the radar, respect and privacy can be preserved with a few handy tricks to mask the smell of cannabis on your person or inside your home. 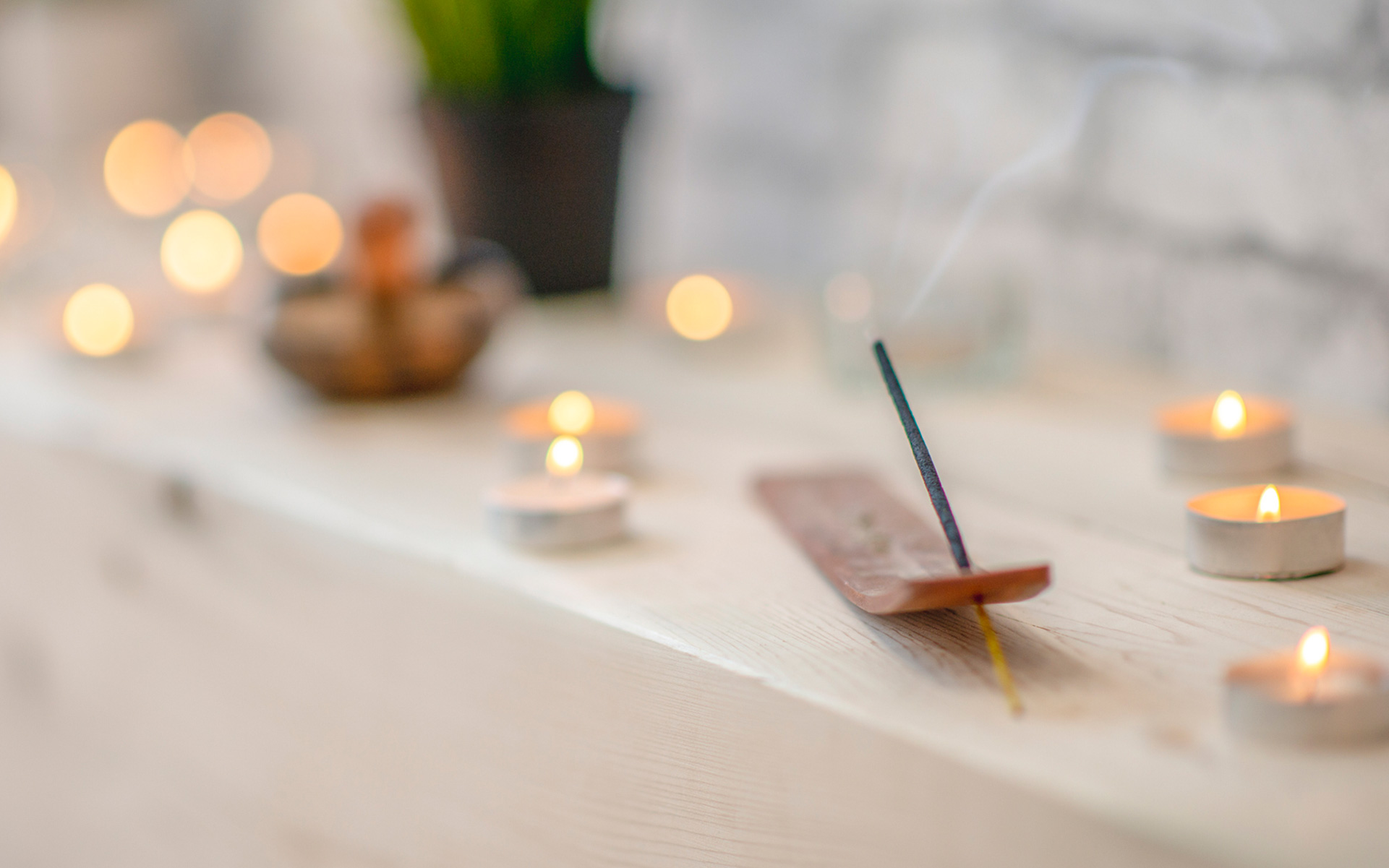 Nag Champa is an incense commonly burnt in ashrams. The scent is neither masculine or feminine and usually contains a mixture of the following ingredients:

The classic aroma was transplanted in the west at the end of the hippie trail and has remained a welcome scent for practitioners of yoga, meditation, and cannabis consumption. This is more than a great way to get rid the smell of weed; the incense smoke can also pull double duty to visually mask the cannabis smoke if it’s still lingering.

This aromatic oil is a hippie hallmark and doubles as a great way to mask weed smell. Made from the small pink and white flowers of the patchouli plant, this oil is known for its pleasant, lasting scent and supposed antidepressant and aphrodisiac qualities. Certainly makes sense to me: enjoy a doobie, dab some patchouli behind the ears, smell nice, and make love, not war.

A household staple for many Americans living with gassy pets and gassier spouses or roommates, Febreeze is a trigger-action odor eliminator. This is not the end-all, be-all of cannabis smell reduction, but for a fresh scent in a pinch, it’s a solid option.

The toilet bowl approach: Matches with the bathroom fan on

One of the sneakier moves to avoid weed smell on the list, the toilet bowl is an act of desperation at its core. You can’t go outside but you can’t consume inside; it’s a risky move no matter how you slice it. But if you must, bring along stick matches (preferably) and flip the switch on the fan. The combusting sulfur and wood smoke of the stick matches should cover a hit or two and the fan should take care of the rest.

Ozium is a classic smoke eliminator that every cannabis enthusiast can use. It’s an air freshener with a vanilla and lemon-type scent that literally grabs smoke out of the air and punches it into another realm. While it won’t completely mask the scent, it’s a great base for all of the scents you’re about to throw into the atmosphere.

Black Ice is one of the most overwhelming scents known to man (and woman). Like, if someone would’ve had Black Ice on their person in Jurassic World: Fallen Kingdom, they’d have had absolutely no chance of getting close enough to catch Blue—because you can seriously smell it from like, eight miles away.

Grab a pack and place them strategically around the area you need to render nug-smells, and with the help of all your aforementioned other scents, it’s guaranteed to be the knockout punch for any remaining cannabis odors.

The smell of burning popcorn could make a house fire just smell like another movie night gone wrong. In my experience, few smells mask other odors better and linger in the air longer than an accidentally burnt bag of microwavable popcorn.

Related
9 Things Popcorn Kush May Make You Do, According to Leafly Reviewers

But beware! Respect the very delicate balance between burnt for effect and just burning the hell out of it. While the room may no longer smell of cannabis, the fire alarm is literally the loudest signal of domestic failure known to man, and that’s not the perception cannabis needs, either.

Preventing weed smell before and during smoking

Smoking in the shower 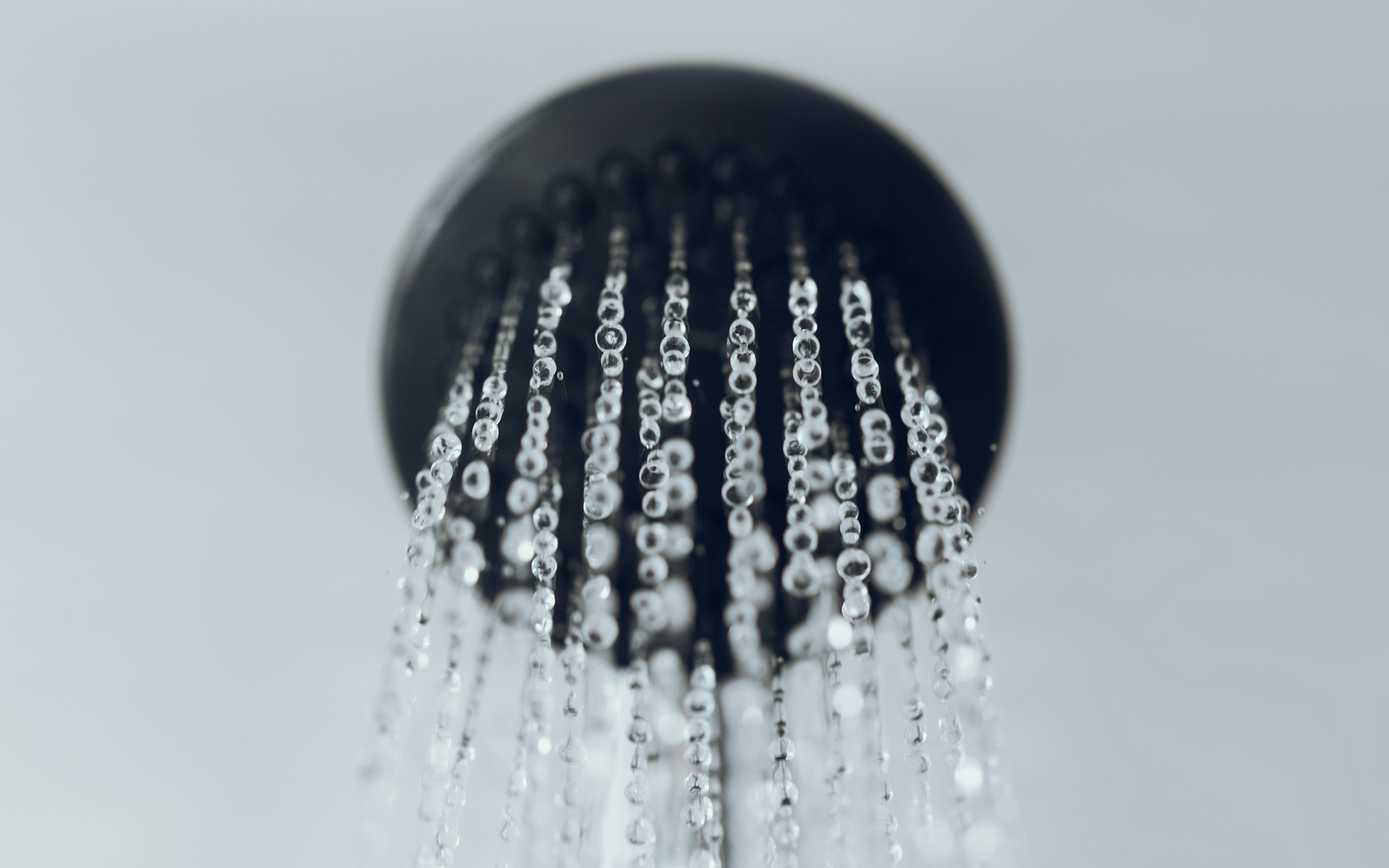 Another bathroom consumption method is to smoke your cannabis while the shower is running. Turn the shower to maximum hotness; creating steam is the primary goal here because the smoke smell will dissipate along with the steam being sucked into your bathroom fan. This is traditionally called a “Hawaiian Hotbox.” For some added cannabis odor-masking, place a towel at the bottom of the door or even use a small spritz of your smell-good shower toiletries to replace the smell.

Airtight containers are not hard to come by

A good Tupperware, mason jar, or, if you’re in a pinch, a Ziploc bag inside another Ziploc bag, can really go the distance. There are also other vacuum-sealed containers on the market, like OXO food storage containers, that will work extremely well for storing your pungent cannabis. If you can, get a UV protective airtight container and keep all cannabis plant matter out of both direct and indirect sunlight to preserve its quality over time.

Related
What Influences Degradation of THC and Other Cannabinoids?

It’s that simple—get a toilet paper or paper towel roll, place a fabric softener sheet at the end, and strap it to the roll with a rubber band. The idea is to fill the volume of the roll, so exhale slowly as not to shoot the smoke directly out the other end. Know that cannabis smoke will escape either way, but if done correctly, much of the odor will be diffused.

Manufactured smoke filters are starting to hit the market. You can try Sploofy—this portable carbon filter is an excellent choice for travelers and cannabis consumers that need to conceal their presence. The Sploofy’s replaceable filter system and nearly magical ability to swallow up enormous clouds of smoke make for potent camouflage on the go or in the home.

Alternatively, you can try making your own “Sploof.”

Use a vape pen

A vape pen might not completely eliminate the smell of weed, but smoking with a vaporizer will significantly diminish any odors associated with smoking. A decent vape pen is a slightly more substantial investment than an air freshener or popcorn, but it is a more permanent solution to the challenge of minimizing the smell of weed wherever you happen to smoke.

If you don’t want your house or apartment to smell like weed, odds are that you don’t want your breath, hair, or body to smell like cannabis either. Fortunately, there are plenty of products available at just about every grocery store to help mask the smell. When it comes to breath, your best options are a pungent chewing gum, possibly something mint-flavored. Alternatively, you can freshen up that breath by brushing your teeth or gargling some mouthwash. Perfume, cologne, and body spray are excellent options, but it’s important to remember that when it comes to both options, a little goes a long way.

What are your go-to weed smell camo techniques? We’ll try out the best suggestions and highlight them in a follow-up!