Randi DruzinMarch 7, 2018
Share
Share on Twitter   Share on Facebook
Print
David Hsu, Head of Operations for the Cronos Group (Courtesy of Nathan Cyprys)
When the Cronos Group became the first cannabis producer to be listed on a US stock exchange on Feb. 27, Cronos’ chief executive officer Michael Gorenstein received notes of congratulations from his competitors. The listing on the NASDAQ was good news, not just for Cronos but also for them. 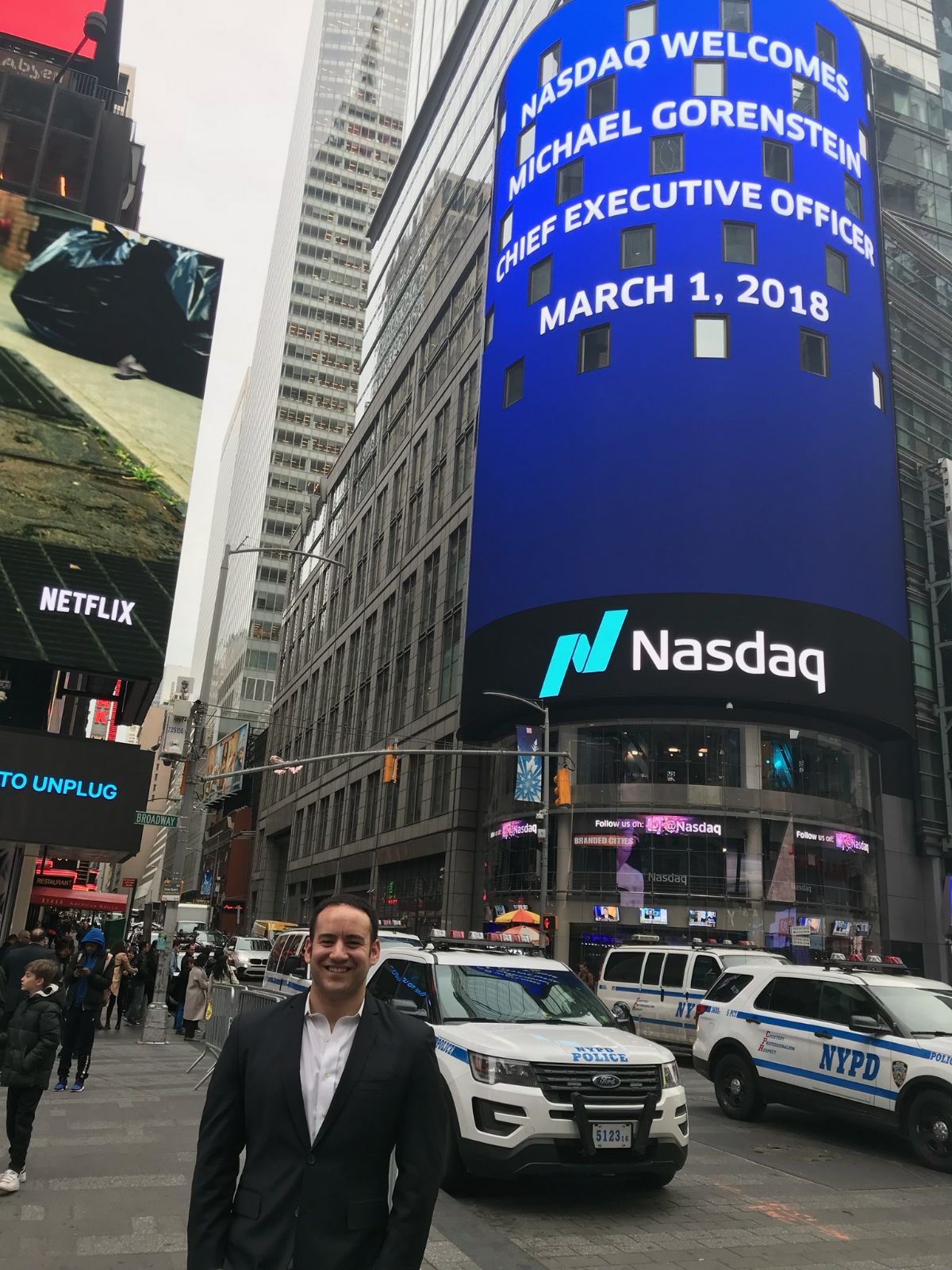 “We’re all working together to push the cannabis industry ahead,” Gorenstein told Leafly. “We’re all pleased when one company takes a step forward.”

Cronos, which is already trading in Toronto on the TSX Venture Exchange, holds two licenses in Canada to grow and sell dried cannabis. It serves the medical market with a brand called Peace Naturals, which has a facility 110 kilometres north of Toronto, and it plans to serve the recreational market with its Original BC brand, based in the Okanagan Valley.

To ensure its SEC compliance, Cronos enhanced its financial reporting, improved its governance, and tightened internal policies around cybersecurity.

Beyond Canada, Cronos ships products to Germany, where they are distributed by a pharmaceutical company. Cronos also has a partnership with an Israeli kibbutz to produce, manufacture and distribute medical cannabis, as well as a joint venture with an Australian private equity firm, with the goal of establishing a hub for expansion into Australia, New Zealand, and Southeast Asia.

But despite the company’s success and its assurances that medical cannabis is legal across Canada, Americans have been skittish about investing in Cronos. South of the border, after all, cannabis is still federally illegal and classified as a Schedule-I narcotic, a ranking reserved for drugs with the greatest potential for abuse and with no medicinal value.

In January, US Attorney General Jeff Sessions rescinded memos from the Obama administration that advised federal authorities to take a hands-off approach to states in which cannabis possession, distribution, and cultivation is legal, leading to more US wariness.

Such investor reticence led Cronos executives to seek a NASDAQ listing. (The company had already secured approval for an over-the-counter listing, which allows stocks to be traded through a dealer network rather than a centralized exchange.)  They spent six months preparing to submit their NASDAQ application.

Gorenstein, who started his career as a mergers and acquisitions lawyer working with alcohol and pharmaceutical companies, ensured Cronos was fully compliant with US Securities and Exchange Commission standards. The company enhanced its financial reporting, improved its governance, and tightened internal policies around insider trading and cybersecurity.

Gorenstein is confident that the NASDAQ listing will assuage the concerns of  American investors, including institutional investors. “It helps provide clarity and comfort because the NASDAQ wouldn’t list a company that was doing something illegal,” he said.

“Being listed on the NASDAQ will give Cronos better access to capital, which will be important during times when capital isn’t as readily available as it is now,” Jason Zandberg, a special situations analyst at Vancouver-based PI Financial Corp., told Leafly.

Now that that the second-biggest stock exchange in the world has given one cannabis company the stamp of approval, investors will get behind others.

“This listing hasn’t changed anything at Cronos from an operational standpoint,” he continued. “But the market places a lot of importance on the NASDAQ, so this is a big milestone for the company.”

It’s also a big milestone for the industry overall because, now that that the second-biggest stock exchange in the world has given one cannabis company the stamp of approval, investors will get behind others.

Vahan Ajamian, an analyst for Beacon Securities, told CNN the listing is a key development because “it alerts the US investors that there’s a federally legal sector [for cannabis] they can invest in.”

“This is another big step in bringing the industry out of the shadows and making it mainstream,” said Gorenstein, adding that other cannabis companies will likely follow suit and list on the NASDAQ.

Just as important, he said, is  that the listing will help eliminate the stigma associated with cannabis overall, which will help combat the growing opioid epidemic.

“We need to spread awareness of cannabis as a viable alternative to opioids,” said Gorenstein, who spoke to Leafly the day after attending the funeral of a childhood friend who had died of an opioid overdose. “Our incentive for doing what we’re doing goes beyond just dollars and cents. We care about the medicinal value of cannabis and we feel good about doing something that is beneficial not just for shareholders but for everyone.”