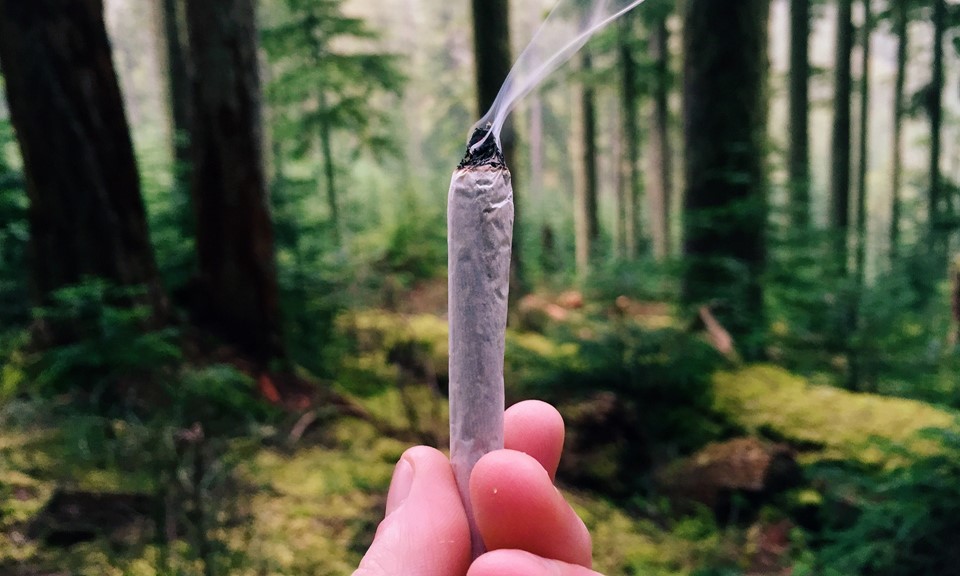 (Photo by Bailey Rahn)
If there’s a question that can’t be answered with a straightforward yes or no, it’s this: Is marijuana addictive?

Before joining Leafly, I wrote for a website that connected people with addiction treatment, and shortly before that I began using medical marijuana. It was a constant challenge finding harmony between my close relationship with cannabis and the struggles of our readers, many of whom were diagnosed with a thing called “cannabis use disorder.”

How could I bring myself to write about the risks of marijuana when I used it on a daily basis for my own health, and what negative consequences would my words bring to the legalization movement I was passionate about?

At that ethical crossroads, it eventually occurred to me that my stance didn’t come down to taking one path or the other, but instead understanding the massive gray area between the two. That ambiguity begins with a single word that many spend their entire lives trying to define and refine. 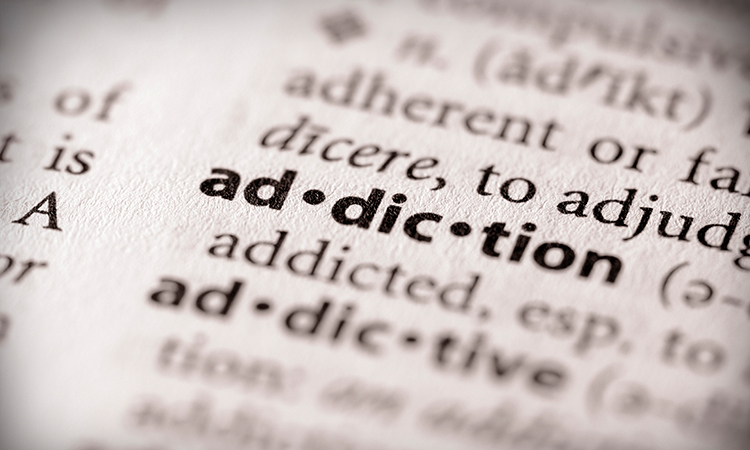 If someone asked you to define “addiction,” what would you say?

If you’re of the belief that addiction is a chemical dependence characterized by withdrawal symptoms that you’ve never experienced personally, you might be of the mind that cannabis is in fact non-addictive.

Some subscribe to the belief that addiction manifests psychologically and that cannabis can be addictive in the same way that gambling, sex, or food might be considered addictive, as they all produce pleasurable responses in the brain.

I’m no doctor, so I recruited the help of Roger Roffman, Professor Emeritus of Social Work at the University of Washington, to help tease out a more standardized definition.

“The language of addiction, dependence, and disorders is one thing when you talk to scientists and it’s another when you talk to the public,” Roffman said. “Addiction results from a combination of biological and psychological factors that contribute to conditioned behavioral patterns that are very difficult to stop or resist.”

Some classic behavior symptoms of addiction include:

It is important to note that a typical cannabis consumer’s behaviors don’t usually align with the above. While cannabis may have certain psychological components, a dependency on it resulting in negative life-altering changes is extremely rare.

And of course, there’s an environmental component to addiction as well. Johann Hari, author of Chasing the Scream: The First and Last Days of the War on Drugs, presented his definition of addiction—one that emphasizes environment over biology:

“Human beings have an innate need to bond and connect. When we are happy and healthy, we will bond with the people around us. But when we can’t because we’re traumatized, isolated, or beaten down by life, we will bond with something that gives us some sense of relief. The path out of unhealthy bonds is to form healthy bonds, to be connected to people you want to be present with. Addiction is just one symptom of the crisis of disconnection.”

From this perspective, the question isn’t whether or not cannabis is addictive, but rather, under what circumstances might one become addicted to cannabis?

What is cannabis use disorder? 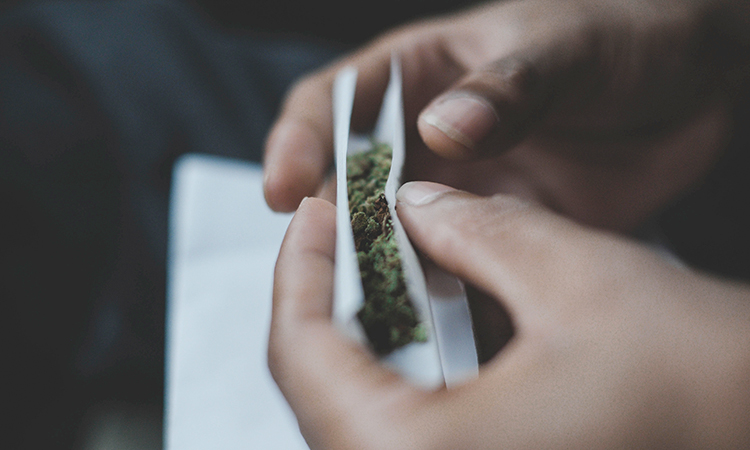 You don’t often hear people say “cannabis addiction” in the scientific and medical communities. Instead, you’re more likely hear the term “cannabis use disorder (CUD),” and that’s the condition listed in the official manual of psychiatric diagnostics—the DSM-V. This manual’s definitions and criteria are universally recognized in the US for treatment recommendations, and it characterizes cannabis use disorder below:

11 indicators of cannabis use disorder:

The accuracy of these criteria markers is critically important in determining necessity of treatment, especially in states where rehabilitation programs are mandated for drug-related crimes.

A person who meets as few as two criteria—let’s say #4 (has a strong desire to use cannabis) and #10 (needs markedly more cannabis to achieve desired effect)—would be diagnosed with minorly severe cannabis use disorder. Wait a minute—I just described myself, as well as many of my friends and colleagues who function perfectly well, so do we all have a “disorder”?

“If there’s a difficulty with [the DSM-V’s diagnostic criteria], it’s overreacting when just one or two of these indicators are present,” Roffman explained. This overreaction dilutes instances of legitimate need for help with situations in which marijuana is neutrally or positively impacting someone with no desire to quit.

“While we need to acknowledge that cannabis can be used moderately and responsibly, can enrich lives, and, of course, can be healing for a lot of people, the fact of the matter is we have a substantial minority of cannabis users who experience far more than one or two of these diagnostic criteria,” Roffman said. “We need to be compassionate to people for whom a moderate or severe disorder exists, and we need good science to understand it and find ways of helping.”

Cannabis for pain: Does medicating with marijuana increase abuse risk?

But getting good science on marijuana and other illicit drugs is nearly impossible in a country whose prohibition restricts research on their benefits. If cannabis were legal, or at least rescheduled under the Controlled Substances Act, how much more might we learn about addiction and its causes?

What’s the relationship between cannabis legalization and addiction? 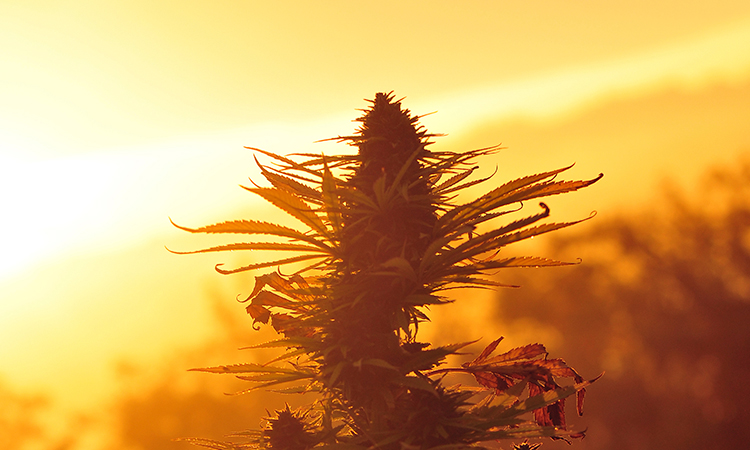 The United States’ solution to drug abuse and addiction is criminalization. Punish the drug users, including marijuana consumers, and make them suffer by incarcerating them. Send them to mandated in-patient treatment. Less drugs will be out on the streets endangering our society and the drug users will learn their lessons. Right?

Most Americans know by now that this approach to drugs and addiction doesn’t work. In fact, it’s made things remarkably worse. Prohibition of marijuana imposes a social environment in which recovery becomes even harder. You’re removed from any friends and family. Job prospects dwindle. Life becomes more challenging than before, and drugs even more so become a necessary escape, something to bond with.

Despite the obvious failure of this policy, it continues to feed public opinion. Legal restrictions over research provide an easy out for policymakers to claim that we don’t know enough about the risks to legalize it, and that attitude readily bleeds into the public sector.

“All of the messages about health risks under prohibition are skewed in terms of overstating and sometimes blatantly misrepresenting science,” Roffman said. “Under legalization, we have an awful lot more room to speak about the continuum of health benefits, possible health risks, and how to make good decisions.”

America’s War on Drugs Has Been Racist for a Century

Roffman’s history with cannabis is an unconventional medley of government-funded risk studies and advocacy efforts. Heading NORML’s Washington chapter in the mid-’70s and co-sponsoring the state’s recreational marijuana law in 2012, his work demonstrates that acknowledging risks associated with cannabis does not necessarily undermine a strong rationale in support of legalization.

Just as public opinion can swing problematically far to the oppositional side, ardently proclaiming the plant’s harmlessness can cause issues as well. This is a conflict I’ve grappled with personally, and being immersed in a community of avid activists and patients can certainly cause passion to burn so brightly, it blinds.

We need that strong community to speak about the ways cannabis has changed our lives, but we need to do so without losing sight of the fact that people with different circumstances can be impacted differently. With our collective efforts and voices, cannabis legalization is now visible on the horizon, and now it’s our duty to not only help those who need marijuana medicinally and those who want the freedom to use it recreationally, but those who need help quitting or moderating their use so they too can become counter-examples of negative stereotypes.

As our conversation came to a close, Roffman ended with the following:

“We’re a long way—a long way—from effectively educating the public about the health risks. We have a long history of Reefer Madness, we have a whole slew of people who are really angry about marijuana myths and lies, and we have a bunch of people who say that if you’re going to argue for legalization, you cannot acknowledge there are risks. For this movement to eventually mature so it’s serving the undoing of injustice but also promoting public health, we’re going to have to find ways of bringing accurate, non-judgmental information about health risks to the public.”

That process begins with acknowledging that your relationship to marijuana is unique to you and can never be used to define others’ experiences. It requires lending support to those who need it, providing them with an environment in which there’s more to bond with than just cannabis.

And, of course, it requires that we never lower our supportive voice for cannabis, so that policymakers and the public never forget how much the war on drugs has failed patients and citizens who only ever wanted to feel a point of connection with the world. 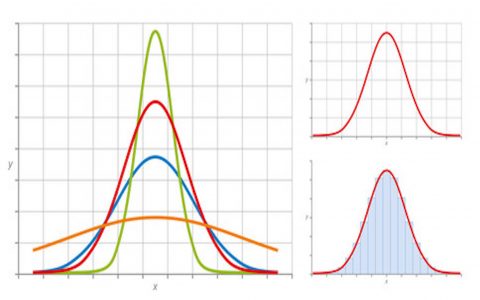 Is your state flattening the COVID-19 curve? Here's the latest data 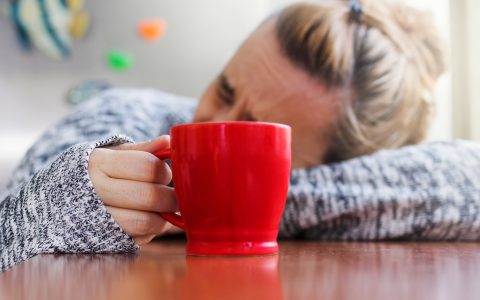 What is a weed hangover and why does it happen? 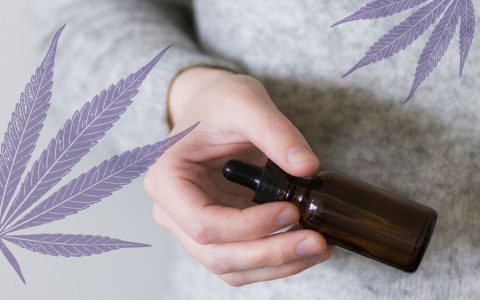