Cannabis Stocks Are Soaring, and This Rally Is Based on Reality 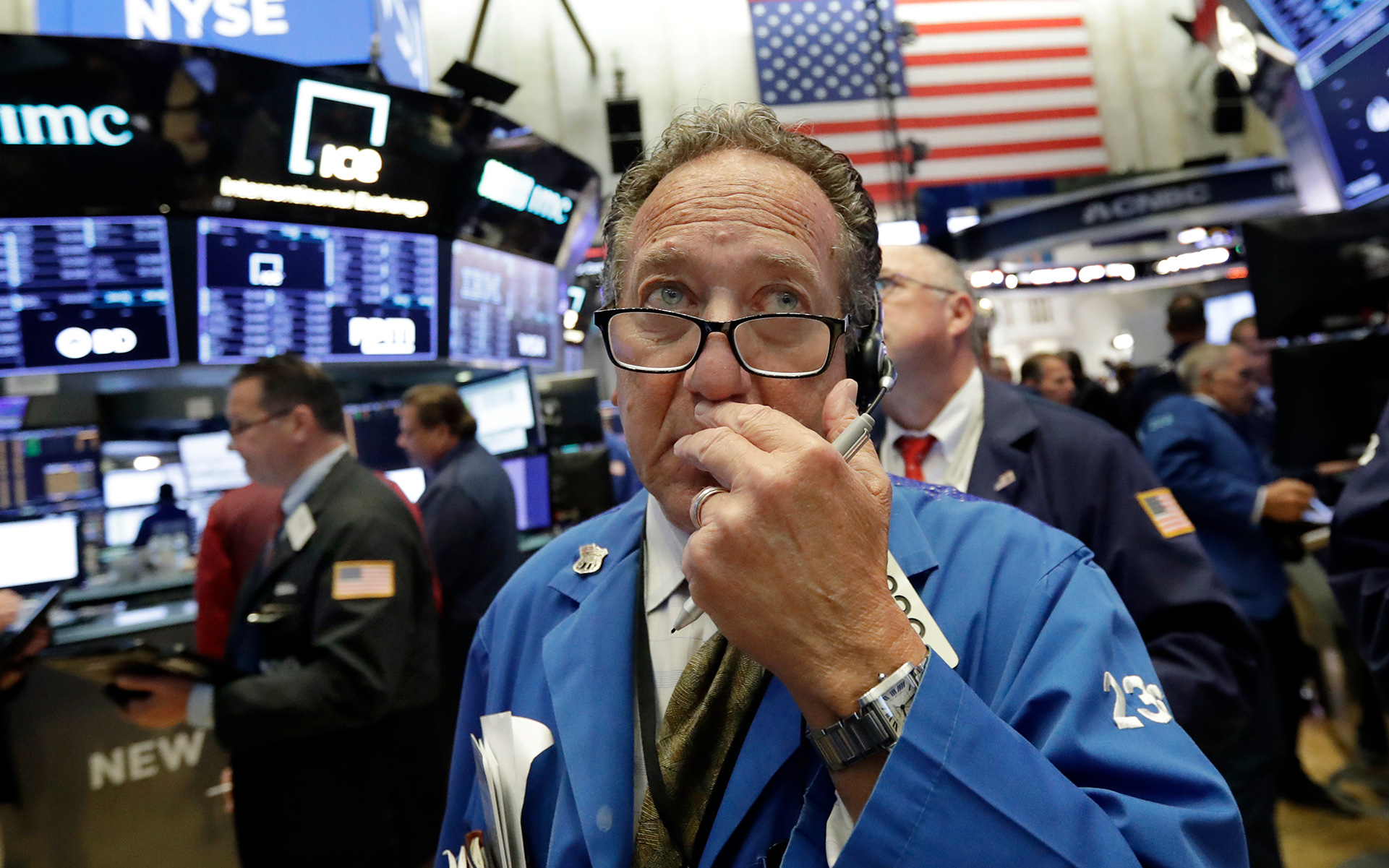 This rally is different. Those are dangerous words, no doubt, but that is the case when it comes to cannabis investing.

Having watched the progression of the publicly-traded cannabis sector from its very early days in 2013 through three big rallies, I believe the current rally, which began in mid-August, will prove to be more sustainable than any of the others that have preceded it.

Before sharing what is driving me to be so optimistic, let’s take a look at how the last few years have played out. This graphic charts the New Cannabis Ventures Global Cannabis Stock Index:

That spike in early 2014 marked the early months of Colorado’s legal adult-use cannabis market. Investors piled into a very narrow universe of stocks and sent them skyrocketing. It wasn’t sustainable, though, and the market of inflated low-quality companies with no real businesses, no assets, no cash flow and lots of debt deflated over the next two years or so.

In 2016, the market tested the lows set early in the year before taking off right after Labor Day. Traders began to anticipate a better environment given the likelihood that the many state ballot initiatives in November that year would draw the interest of a broader audience, which was the case.

Investors cooled in 2016, but returned when California's first stores opened in early 2018.

The index moved from 33.16 on Aug. 31, 2016, to 87.08 just over two months later. Investors notched gains of 163% before it selling off following the surprise victory of President Trump, which was seen as potentially negative for legalization.

The next big rally was even better, as traders reacted to a surprise event in late Oct. 2017: Constellation Brands (NYSE: STZ), a major distributor of beer brands including Corona, invested a huge amount of money (US$190 million) to obtain a 10% stake in Canopy Growth (TSX: WEED) (NYSE: CGC). The deal included warrants to buy an additional 10% at the same price. (Canopy Growth, by the way, is a client of mine at New Cannabis Ventures.)

This was the first cross-border, cross-industry transaction, and it set off a big rally in Canada. Investors speculated about who might be next, or what type of consolidation the Canadian industry might see in response.

Gasoline was thrown on the proverbial fire as we entered the final weeks of 2017. Traders piled on to take advantage of the anticipation of California’s legal adult-use market opening on Jan. 1, 2018.

That rally might have continued had Attorney General Jeff Sessions not thrown cold water on it. On Jan. 4, Sessions retracted the underpinnings of state-legal cannabis when he tore up the Cole Memo, an important Obama-era guidance document that set out the conditions under which the federal government would not interfere with state regulation of cannabis. Still, the gains made prior to Sessions’ announcement were significant. The market moved higher by 216% from Oct. 27, 2017, to January 3, 2018, when the cannabis index closed at 180.05.

On Aug. 14, 2018, the market was still in correction from the spike earlier in the year, making a new low, in fact, on that day.

Then it took off.

On Aug. 15, Canopy Growth and Constellation once again shocked the industry and investors, announcing that Constellation was effectively taking control of Canopy Growth in a complex deal with two sets of warrants as well as an investment of US$3.8 billion into the company as well as the majority of the Board of Directors.

While the first deal was about creating alcohol-free cannabis beverages, this deal is about building a global cannabis business, including, perhaps soon, in the United States. The transaction again prompted questions about who else might jump in, with Diageo (NYSE: DEO) the first major player rumored to be on the prowl. As the chart below shows, the market turned on a dime, increasing 30.2% from the 14th through the end of the month:

Why This Rally is Different

It was just 17 months ago that I spoke at a luncheon to the CFA Society of Houston. I discussed how investors needed to start paying attention to the cannabis sector, as it could impact their investments in other industries, especially pharmaceuticals and alcohol, both of which face risks and opportunities.

The first Constellation/Canopy deal was a signal that U.S. companies had found a way to get into the industry. The second deal meant they were here to stay.

I mentioned that I could not have made this presentation at any earlier time, because the public companies weren’t worth watching and the industry was too nascent. I also pointed to the global opportunities. Despite this maturation of the industry, I told the audience that things would be slow to develop, most likely, as many investors were locked out of the market due to fiduciary concerns—since cannabis remains federally illegal.

The initial Constellation/Canopy deal was a clear signal that U.S. companies had found a way to get into the industry, through federally legal operations in Canada.

In April, the sentiment among investors and operators shifted dramatically when President Trump apparently agreed with Sen. Cory Gardner (R-CO) that regulation of the cannabis industry should be done by states and not the federal government. Suddenly, the downside fears instilled by Jeff Sessions were seen as overly pessimistic. This is what I expected, as I shared here at Leafly in mid-April.

Since then, the market has seen the emergence of large check writers into direct U.S. cannabis operators. The public markets have opened up to high-quality companies. One deal that caught the market’s attention was a NYC hedge fund, Gotham Green Partners, investing $50 million into multi-state operator iAnthus Capital (CSE: IAN) (OTC: ITHUF), a client of mine at New Cannabis Ventures.

Other Deals That Mattered

One other dynamic has been that the NYSE and the NASDAQ have finally embraced Canadian cannabis companies. Cronos Group (TSX: CRON) (NASDAQ: CRON) was the first, followed by Canopy Growth. More recently, Tilray (NASDAQ: TLRY), which is controlled by Leafly’s parent Privateer Holdings, went straight to the NASDAQ. Tilray’s stock price, currently at $83, has more than quadrupled since its IPO at $17.

While U.S. companies that directly grow, process or sell cannabis won’t be able to do that, the strong performance of the stocks of these three companies has put more fuel on the fire, waking up U.S. investors to the overall theme. It doesn’t hurt that CNBC and Investor’s Business Daily have stepped up their coverage of the sector.

We’re Only 3 Weeks In

Over the past five and half years covering the cannabis sector, I have spent the bulk of my time warning investors to be careful. Diversification and overall exposure are certainly still important, and I think the game of trading silly penny stocks is pretty much over, but my thesis is that this rally that began three weeks ago has strong legs.

The capital markets are open, investors are making money, liquidity is great and the quality of companies entering the space is really picking up. One favorite indicator of mine is our Public Cannabis Company Revenue Tracker at New Cannabis Ventures, which now has 25 companies generating annual sales of at least $10 million, with 7 doing that in a quarter. I don’t think there has ever been a better time to consider investing in this industry.

Bottom line: Things have really changed over the past year or two when it comes to investing in cannabis stocks. Real money has shown up, and it’s being deployed now beyond just Canada. Better and better companies that are more representative of the U.S. cannabis industry are now available to public company investors, who have a chance to participate in its growth compared to just gambling on pump-and-dumps for short-term trading gains only a few years ago.