Patrick Bennett July 26, 2017
Share
Share on Twitter   Share on Facebook
Print
One word that travels fast in the cannabis industry is “hype.” As the market continues to grow at a breakneck pace, hype is everywhere, permeating the very fabric of truth we seek when getting to the bottom of what’s real and what’s embellished for shameless profit.

Joshua Haupt knows a thing or two about hype. He’s the enigmatic author of the revolutionary grow book Three a Light, and founder of Pono Publications, Success Nutrients, and the Tree House/Superfarm gardens. Haupt has dealt with doubt more than most in his position, a sentiment that pretty much goes without saying when you claim your grow operation is capable of pushing out three pounds of cannabis per one double-ended, high-pressure sodium light.

Insane, right? Hyped, even. But here’s the thing: when it comes to Joshua Haupt, the hype is real.

The Birth of ‘Light’

A Colorado Native, Haupt’s early days were rough. After seeking relief from the debilitating grasp of epilepsy, he soon found that cannabis could deliver near total suppression of his symptoms. Haupt began cultivating in his mid-teens and took his newfound passion to Breckenridge, CO, where he began to formulate the early trappings of what would later become his magnum opus, the Three a Light recipe for success. During this time, he spent his days assisting friends and locals in setting up their own cultivation facilities, all while beginning to formulate a master recipe based on his successes.

How does cannabis help with epilepsy and seizures?

According to Haupt, who was interviewed by Gangepreneur earlier this year, the process of completing the Three a Light book was much more tedious than previously expected. What was once thought to be a six-month project took nearly three years to complete due to the intricacy of the photography demands and the need to produce a finished product unlike anything anyone had ever experienced in the realm of cannabis literature.

Designed specifically to be digestive, 'Three a Light' comes across more like a baking recipe book than theoretical analysis.

The culmination of Haupt and his team’s efforts came to fruition in late 2015 with the release of his 215-page behemoth masterpiece, a gargantuan text brilliantly outlined with breathtaking captures and a seamless, streamlined, and easy-to-digest approach to his famed nine-step cultivation method. In its massive hard black casing, the book reads more like a coffee table Nat Geo exposé than a typical cannabis cultivation reference text, weighing almost three pounds (not including the case). Chris Freiboth, lead photographer and designer, can be credited for the book’s sleek and minimalist photography-forward style. Every page offers a dynamic visual experience unlike any other book of its kind.

Many of the existing cannabis cultivation manuals in print today are designed to be comprehensive and are often too dense for novice growers and those with little to no experience in botany and horticulture. Here Three a Light breaks the mold; designed specifically to be digestive, the tome comes across more like a baking recipe book than theoretical analysis. With 11 steps hinging on nine core principles (Temperature, Humidity, CO2, Room Dynamic, Equipment, Genetics, Food & Water, Manicure/Pruning, and Love), the goal is to introduce readers to a singular cultivation method. Oftentimes, new growers pull from many sources to develop their cultivation style. This book saves novice growers the effort and offers an all-in-one approach. 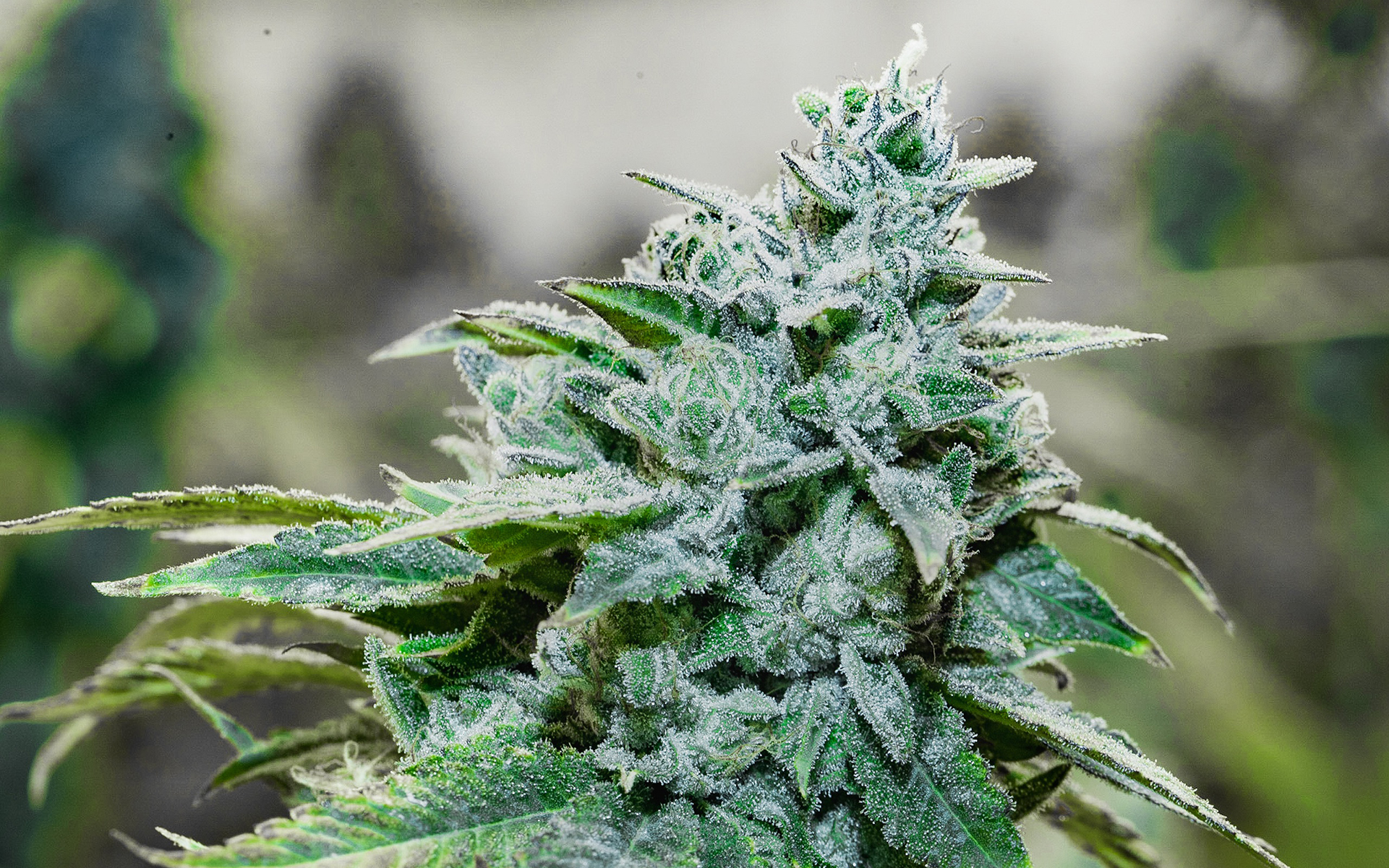 The Flo cannabis strain in its final week of flowering. (Patrick Bennett for Leafly)

When someone claims that they’re so efficient in their growing to be able to produce three pounds of cannabis per grow light, you really do have to see it to believe it. I know I did. That’s why I had to get out to the Denver Superfarm myself to see what all of the hype was about.

It takes the perfect fusion of culture, philosophy, and practice to pull off what Three a Light produces on a daily basis.

Upon entering the facility, I was met by Nick Costello, long-time friend of Haupt, project manager for Three a Light, and master cultivator at the Superfarm. A driving force at Three a Light, Costello’s energy and charisma are equal parts astounding and palpable.

“We have a no A-hole policy,” Costello proclaims as he winds me though hallways of grow room after room. This self-vetting system applies to all areas in each of their facilities. It lives and breathes in their culture and can be felt in every area of their operation.

The Rise of Craft Cannabis: Signs of a Maturing Industry

I spent several days touring the Three a Light Superfarms and was surprised to find that every face I interacted with was equally friendly and welcoming, something I can’t say for any other farm I’ve toured in my career. It was after meeting Mike Walsh and Sean McMechen, both master cultivators and general managers at two of the Denver-based Three a Light Superfarms, when I realized the true success this company has been able to cultivate.

What makes this operation so successful (and yes, they are producing three pounds per light, sometimes even four pounds) is much less about formula and more about building culture. Three a Light may be a winning recipe, but without execution on this scale, achieving this kind of efficiency is virtually impossible. It takes the perfect fusion of culture, philosophy, and practice to pull off what Three a Light produces on a daily basis.

The “three pounds per light” approach offered in the book is designed to be used holistically, but other innovative methods stand out. Take “schwazzing,” for instance. Most growers likely haven’t heard of it, as this bizarre defoliation method is exclusive to Three a Light.

Three a Light runs on a perpetual harvest, meaning it produces a ready-to-consume crop every nine days.

A Haupt original, schwazzing is a time-sensitive technique centered around removing nearly 100% of the sugar leaf from the cannabis plant in order to promote a rapid increase in flower development. On its own, schwazzing will most certainly kill your beloved cannabis plant. However, when used correctly within a distinct system (fortified by a healthy application of specific nutrients provided by Success Brands), the technique may just be the holy grail of achieving three pounds per light.

What are the best nutrients for growing cannabis?

Without the rest of the equation, however, schwazzing can be a death wish. The concept is centered around replacing the defoliated sugar factories through soil amendments, all of which come pre-packaged in Success Brand nutrients (the book highly recommends using this nutrient line in conjunction with the Three a Light regiment). 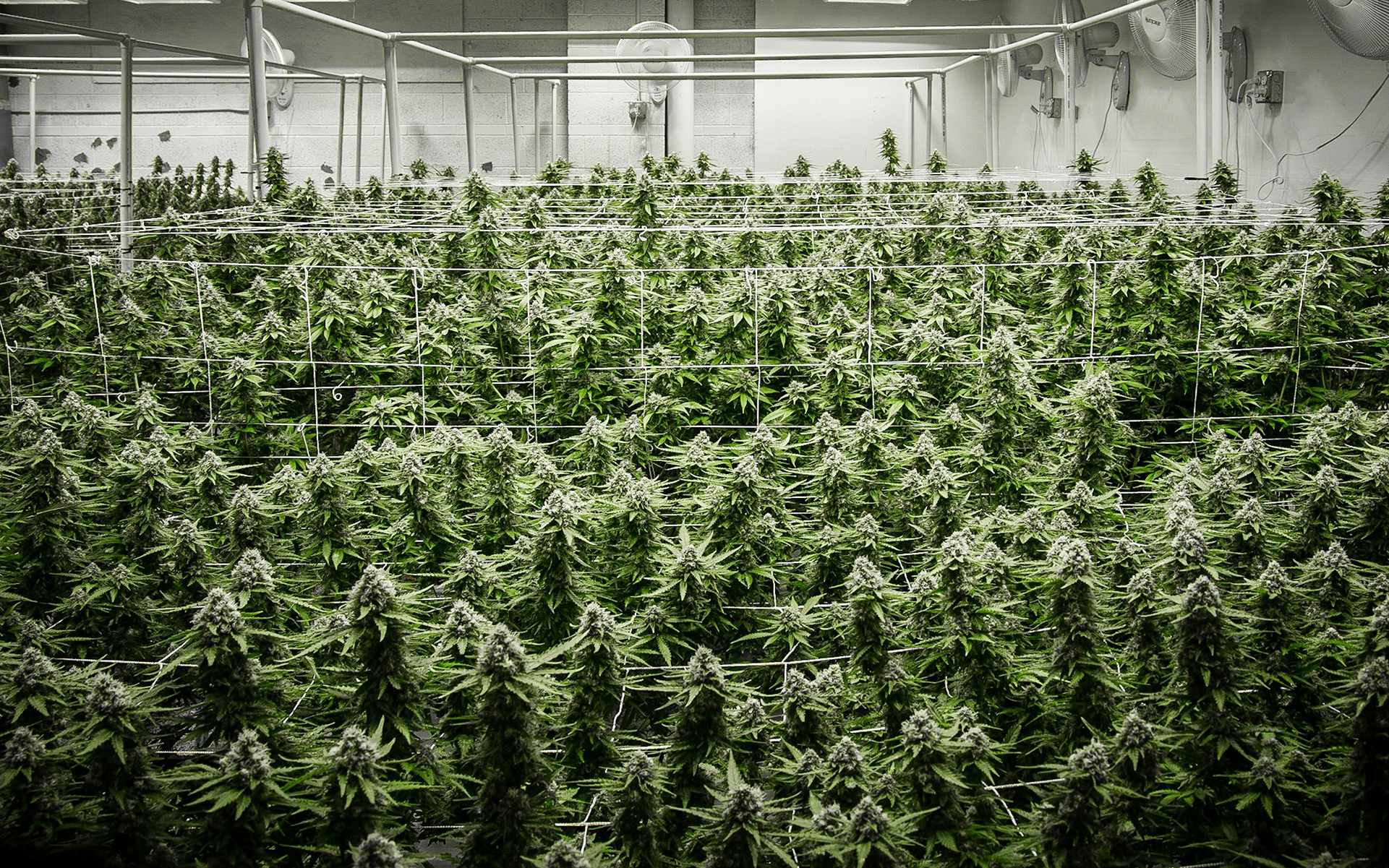 A Three a Light flowering chamber in its final week of growth. (Patrick Bennett for Leafly)

A properly run facility is the key to success when it comes to indoor cannabis cultivation. It just so happens that Three a Light also sets the standard when it comes to building and maintaining a world-class indoor garden. The Denver Superfarm is outfitted with 16 individual and intimate cultivation chambers, each one isolated and environmentally controlled to suit the needs of the plants in their specific phase of the life cycle. Each room houses up to, but typically not exceeding, 36 lights. This is a stark contrast to many similar indoor farms which can, at times, contain up to and even beyond 1,000 lights in a single chamber. Three a Light’s approach, conversely, virtually eliminates cross-contamination, a silent killer in the industry. 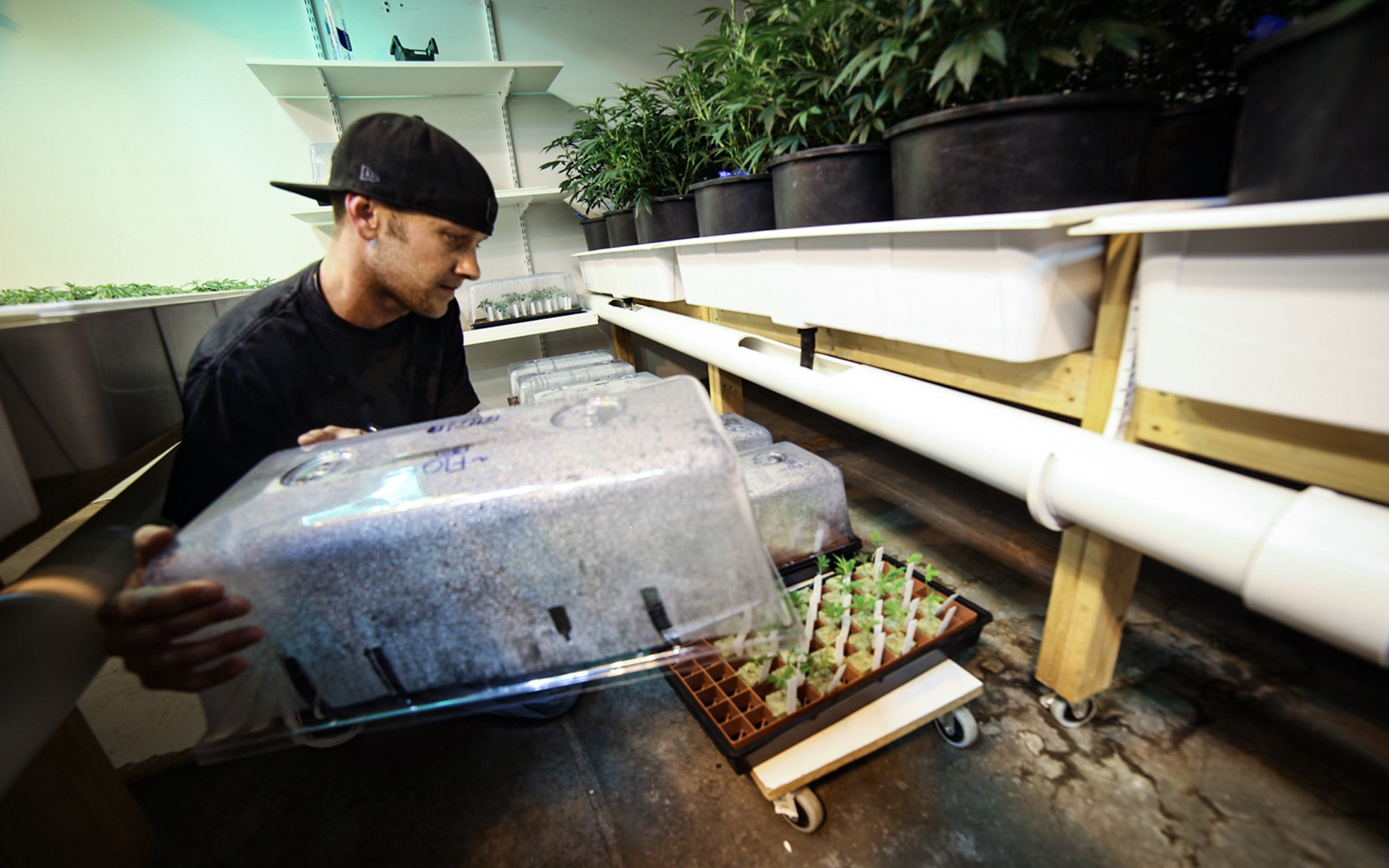 Three a Light runs on a perpetual harvest, meaning it produces a ready-to-consume crop every nine days. The facilities are designed specifically to transition plants through each phase of the cultivation process. Because of this design model, these facilities are massively scalable. In fact, Haupt and his team have recently secured a 300,000 square foot facility in Las Vegas with plans to expand to the Battle Born State in the near future.

Growth is eminent for Josh Haupt and Three a Light. In March of this year, Pono Publications and Success Nutrients were acquired by Medicine Man Technologies, one of the largest and most successful cannabis companies in the state of Colorado. This is sure to seal the deal for the success of Haupt, who now sits as the Chief Cultivation Officer for MMT. With a book, team, and facility to be reckoned with, the story of Three a Light will surely go down as a resounding success for years to come.

Three pounds per light. My goodness, the hype is real.