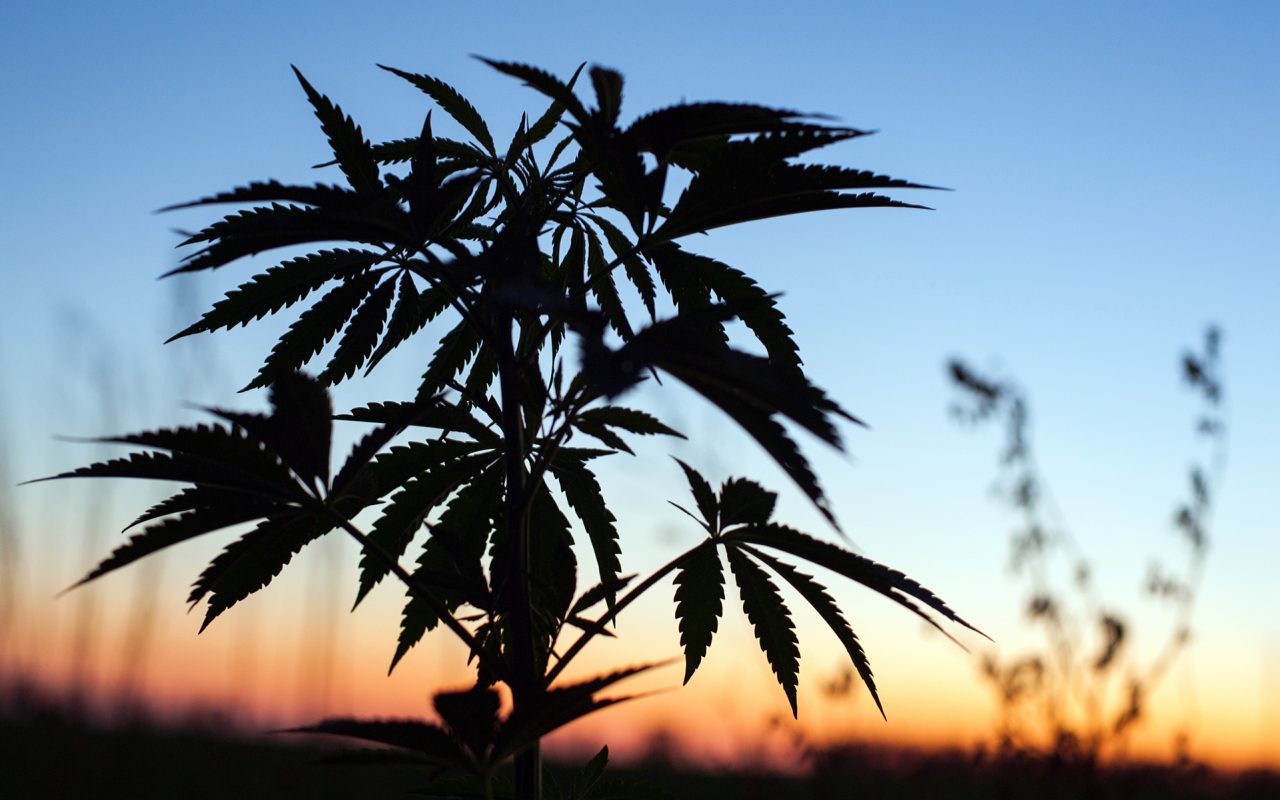 Federal cannabis prohibition is a buzzkill on many levels, but for cannabusinesses in legal states, it’s an especially frustrating hurdle to expansion. When a brand outgrows its home turf, it can’t just start shipping packages of product to the next state over.

Despite the difficulty, a number of companies have managed to cross state lines. Colorado’s Dixie Elixirs has products in Washington, California, and Oregon. They recently launched in Nevada, and Chief Marketing Officer Joe Hodas says the brand is close to inking a deal in Arizona.

“It is super-challenging,” Hodas told Leafly. “It is super inefficient, and it is the single biggest focus-yet-challenge that we have at Dixie.” Despite the challenges, Hodas said it’s worth it to take “that path toward national recognition and being a leader in multiple markets and not just one.”

Mary’s Medicinals, another Colorado brand, is already in Washington, California, Oregon, Arizona, and Vermont. DB3, one of Washington’s largest edible makers, just announced Colorado expansion plans and is looking to cross international borders with a venture in Vancouver, B.C., according to Patrick Devlin, the company’s vice president of marketing.

How are they doing it? By using a clever workaround: brand licensing.

An alternative to direct investment, brand licensing offers original owners access to new revenue without having to hold a piece of the out-of-state business or handle cannabis products.

“Since no cannabis ever crosses state lines, all production and distribution has to be set up in each state,” explained Mary’s Medicinals CEO Nicole Smith. “Everything is arranged through a [Mary’s-owned] management company that licenses intellectual property and trademarks to legally licensed manufacturers in other states.

“The management company sets up the team with equipment, [non-cannabis] supplies, training, and support so that they can manufacture and distribute within their state,” she explained. “Then they simply pay a small royalty on each product back to the management company.”

The process is often more involved than simply charging a fee to use an existing brand. Washington state’s DB3, for example, didn’t just license their well-known Zoots mark in Colorado. They also acted as a paid consultant, showing their Denver-based partner how to use the company’s proprietary “Cypress Extraction Method.”

Alison Malsbury, a Seattle intellectual property lawyer who specializes in cannabis, cautioned that a strong, clearly worded legal agreement is crucial to any successful licensing deal.

“It’s not something you can just pull from the internet,” she said. “There are different concerns when you’re dealing with something that’s federally illegal. You really have a lot to lose.”

Ensuring that revenue is handled properly is also an important consideration, Malsbury added. In Washington, an out-of-state brand owner entering into a typical royalty fee structure with a Washington-based partner would be seen as having a direct financial interest in the partner’s company, making the brand owner a true party of interest and subjecting that owner to the state’s current residency requirements.

In states where source of revenue is an issue, Malsbury said, brands have to make sure their licensing agreement is careful not to tie the two companies too closely.

“Rather than having a traditional, royalty-based payment structure, they just set up a flat-fee structure,” she said. “That’s tough because it forces you to guess at what sales or profits might be.” Another route, she noted, is to generate revenue by selling branded packaging and pre-made ingredients to the manufacturing partner.

But even that can be tricky compared to a flat-fee arrangement. Allowing a partner to return excess packaging or ingredients could be construed as an improper link, Malsbury said, and setting a price point for packaging can be a complicated decision.

“Pricing should be commercially reasonable,” she said. A company can’t artificially inflate the price of branded packaging. On the other hand, they might not need to. “That’s really the value of building a brand and protecting your IP for any company. If you build that brand up to be something that’s worth a lot of money, in theory at least, you should be able to charge people more to use that brand.”

The legal pitfalls are daunting, but perhaps the biggest risk a cannabusiness faces with licensing is to its reputation. The potential lack of oversight involved with licensing might not be a deal breaker for celebrities, whose attachment is more to their personal brand than to product quality, but for most producers and processors, quality control is key.

“We see our product as the product itself, not the brand,” said Devlin at DB3. In the absence of direct control, he said, vetting your partners and being overinvolved in the production process is the next best thing.

“We’ve been fortunate enough to create a brand that speaks to people,” he said. “They’ll seek us out, and then it’s a matter of finding the right partners that you think are going to maintain the quality standards that you’ve established.”

“We wanted to expand and maintain the aspect of quality that really sets us apart,” Gengler explained. “The most difficult thing is finding people that are going to represent your brand well. It’s tough to weed out the bad characters.”

Mary’s CEO Smith said that, though the regulatory environment and legal climate of a new state were important, finding a solid partner was one of the most important factors in choosing which states to expand to.

“We choose new markets based on several factors,” she said, including “current size, regulatory environment, growth potential, as well as availability of the right partners. It is very important to us to work with partners that can not only uphold all of our quality standards, but also bring additional skills, expertise, and/or experience.”

Processors looking to partner with well-established brands have to be amenable to a little micromanagement. DB3’s Washington-based executives can’t handle Colorado cannabis directly, but they can and do keep a sharp eye on everything else.

“We don’t just license,” said Devlin. “We have quality standards related to the brand.” DB3 handles all the large-scale logistics and non-cannabis ingredient purchasing for its partner in Colorado.

The only ingredients DB3 doesn’t provide are H20 and THC. “Just add weed,” he said.

The same is true for Mirth. The only ingredient required of its Oregon partner is cannabis oil, and even with that Mirth has a say in what gets used, according to Gengler.

“We looked at the Coca-Cola model,” he said. “Basically it’s franchising.”

“With Oregon, for instance, we’re just shipping them the juice that we supply in the area, from Yakima Valley. We’re shipping them ready-to-go product, it just doesn’t have any [cannabis] extract in it.”

“The agreements are structured such that we have certain processes and procedures that they are required to follow,” he said. “For example, with our mints we have a specific formulation that’s pre-packaged with the non-THC ingredients.”

The legal agreements might be unusual, but the end goal is the same as that of global brands like Starbucks or McDonalds: Customers, no matter where they buy, should get the same quality product they’ve come to expect.

“Someone could buy a Legal in the state of Washington,” Gengler said, “and it would have the same effects as one they drank last week in Arizona.”