Inside a CBD Dinner Party at Loosie’s in Brooklyn

... guests began to yell their craziest cannabis memories at each other over the bass-heavy din ...

Even though New York smokes more weed than any other city in the world, CBD (hemp-derived CBD, to be clear; the only recreationally legal cannabis product in New York State) is having an eternal coming-out party in the Big Apple, and the dinner party exemplified how the burgeoning New York hemp industry can juggle education with fun in order to engage a canna-curious audience.

No guest could escape the CBD from the moment they entered the softly-lit and chaotic converted patio space: young bartenders, dressed in tees and jeans, served a yellowish cocktail called the Care Away—aquavit, absinthe, agave and, naturally, CBD oil—while two spry guys with matching manes of impeccably mussed hair, who turned out to be the co-founders of the CBD manufacturing company plant people, offered samples of their tincture to anyone interested. Vincent Marino, the restaurant’s French-Italian co-owner, wearing a backwards baseball hat and a thin scarf like a snake wrapped around his neck, expounded on hash with mischievous glee.

Soon enough, the three-dozen guests took their seats at three tables, arranged in a big U. I sat next to Drew, an anesthesiologist and mountain biker who could easily have passed as Vin Diesel’s hipster stunt double. Drew was the ideal audience for the evening. A friend of one of the restaurant’s owners, he explained that he had first tried CBD on a recent ski trip. Now, he was ready to learn more about its properties and effects.

Before we could chat more, we heard briefly from the event’s hosts.

Maya Shaw, the owner of Shaw.BK—a local business that sells pipes, incense holders and more made by female artisans—spoke about breaking down stereotypes of female cannabis consumers, to raucous cheers.

Gabe Kennedy, the co-owner of plant people and aforementioned tincture evangelist, decked out in a green floral shirt, shared his own story of turning to cannabis after a spinal injury.

“Tell each other about the time you were most high!” he then encouraged the crowd; with that, thumping music was turned on, guests began to yell their craziest cannabis memories at each other over the bass-heavy din, and the first course was served.

Check Out Nearby Menus with Leafly Finder

The word CBD appeared on the printed menus eleven times. No course sat above its influence. Tickets for the dinner cost $65, drinks included:

None of the courses betrayed cannabis’ earthy, tell-tale taste. 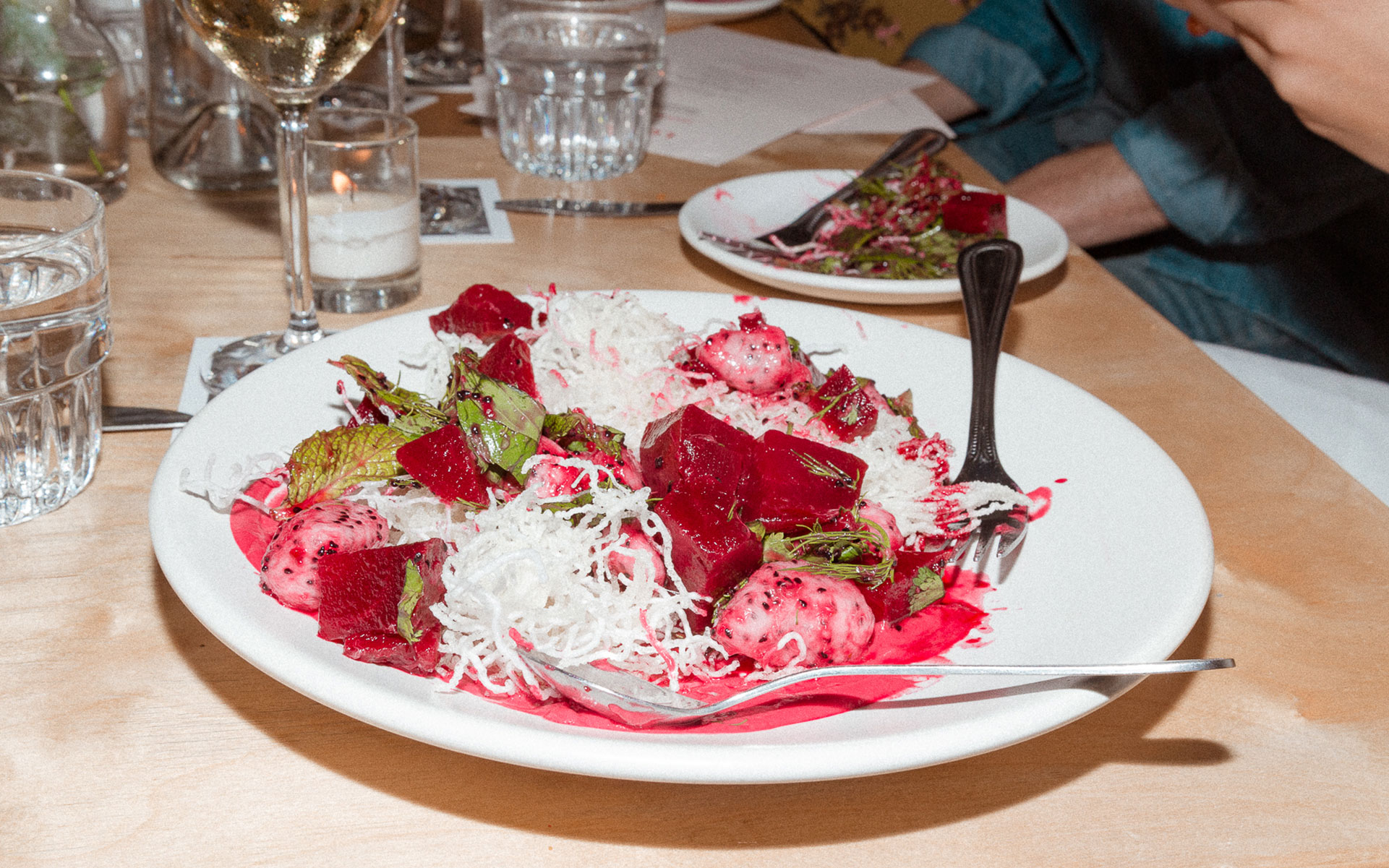 The evening’s mood, and message, was elevated when Kennedy—who also exhibited a penchant for freestyle rapping about various foods—appeared at our end of the table and offered his tincture.

Rich in flavor and slightly sweet, with none of the excessive oiliness or sharp tang that plagues many a tincture, it was easily the most enjoyable I’d ever had. A graduate of the Culinary Institute of America, as well a winner of ABC’s The Taste, Kennedy explained the properties of the specific fats, medium-chain triglycerides (MCTs) and hash oil in the tincture with rapid fire glee.

Around the third course, it began to rain. Hard. The crowd looked up and exclaimed one big collective “Whoooaaaa” as the ceiling shimmered with pummeling raindrops. A few puddles formed inside. The CBD had kicked in. A neighboring diner spilled a glass of wine—a 2017 Loire Valley Yannick Amirault, no less—all over the table, followed by giggles and smiles from all sides. As the casually dressed wait staff served beignets, I asked Drew whether I could mention him by name in this story. He hesitated, maybe apprehensive of his employers’ reaction, but after some musing, he threw up his hands.

“Tell them everything!” he exclaimed.

Looking for Tested CBD? Leafly Finder Locates It Nearby

CBD is taking off in America! What’s the strangest new CBD product or event you’ve seen in the wild? Let fellow readers know in the comments.

Max Savage Levenson likely has the lowest cannabis tolerance of any writer on the cannabis beat. He also writes about music for Pitchfork, Bandcamp and other bespectacled folk. He co-hosts The Hash podcast. His dream interview is Tyler the Creator. 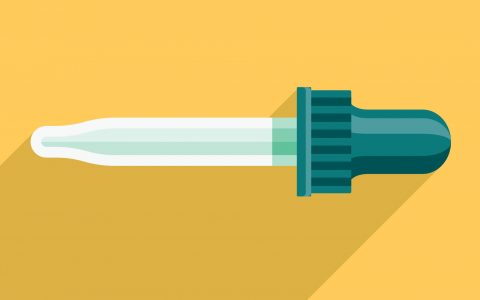 What to Know About That CBD Rescheduling Order 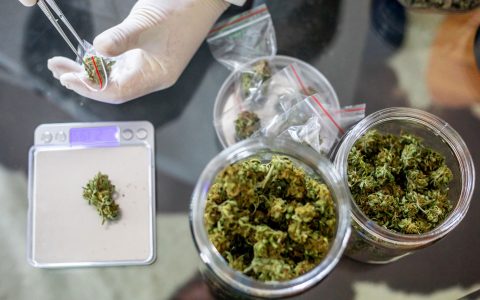 The 10 best CBD strains according to Leafly users