6 Cannabis-Fueled Comedians Who Changed the Game

Does cannabis make you funnier, or is it just that everything seems funnier when you’re high? Or is it both?

Some of the biggest names in the history of stand-up comedy claim that the insights gained while smoking weed have helped them make creative and conceptual leaps forward. In gratitude for the boost of cannabis-fueled creativity, some comedians use their unique platform to publicly tell the truth about the wonders of the plant and the grave injustices of the war on weed.

Beholden to no one and free to speak their minds, comedians play an important function in society as truth-tellers. Many of the best weed jokes aren’t about the act of getting high, but rather the absurdity and hypocrisy that has surrounded cannabis for so long.

Related
The 11 Most Iconic ‘Happy Brownie’ Scenes in Film History

So what happens when the greatest comedic minds of all time come under the influence of cannabis? Here’s our list of famous comedians who love cannabis and how they have used it. 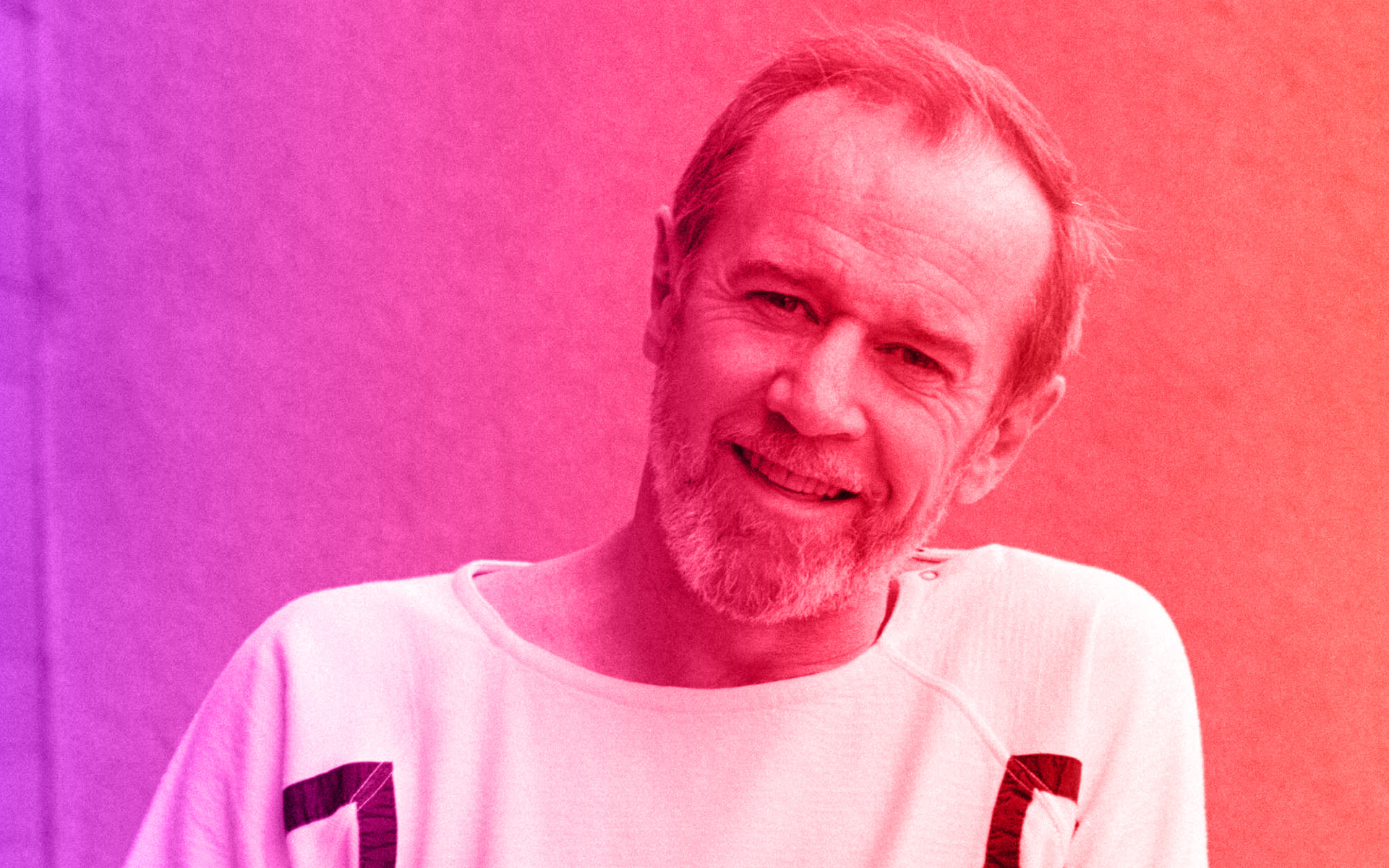 When he first began performing stand-up comedy, George Carlin played it pretty straight. He had short hair, wore a suit and tie, and told silly jokes that relied on harmless wordplay and didn’t upset society’s applecart.

But in private he was already a dedicated pot smoker, having picked up the practice as a youth in New York City, as described in a Playboy interview from 1982.

Grass probably helped me as much as it hurt me. Especially as a performer. When you’re high, it’s easy to kid yourself about how clever certain mediocre pieces of material are. But, on the other hand, pot opens windows and doors that you may not be able to get through any other way.

Carlin was a high school dropout who got court-martialed from the Air Force for smoking a joint and taking a nap inside a B-47 bomber. After his discharge, he smoked weed regularly for the rest of his life, and credited it with inspiring some of his best comedic thinking.

Cannabis didn’t prevent him from delving into a prolonged and dangerous cocaine addiction, but it did help him climb back out with his sense of humor intact. Toward the end of his life, Carlin’s cannabis use slowed, but he never stopped entirely.

For a taste of a master of the craft satirically taking down the insanity of the war on weed while poking fun at pot culture along the way, check out this wonderful bit from Carlin’s Toledo Window Box, an album named for a very specific strain of cannabis he was once gifted by a fan.

More than just a brilliant, boundary-pushing stand-up comic, Lenny Bruce was a free-speech martyr who faced arrest multiple times for obscenity in the early 1960s. He addressed sex, religion, politics, cannabis, and other controversial subjects in a free-form, improvisational stage setting.

According to Bruce’s semi-fictional autobiography How to Talk Dirty and Influence People, he first tried hashish in the late 1940s while serving in the Merchant Marines, after a stint in the US Navy during World War II. When he returned home, he fell in with a set of bohemian, grass-smoking comedians and hipsters in Los Angeles, a scene that would profoundly influence his jazz-like riffing style.

Many venues refused to book him, several cities banned him outright, and he eventually died of a depression-fueled drug overdose while awaiting a four-month prison sentence for telling jokes. But he was ahead of his time and his comedic legacy and influence live on to this day.

In his own brilliant words: “Marijuana will be legal some day, because every law student I know smokes it.” 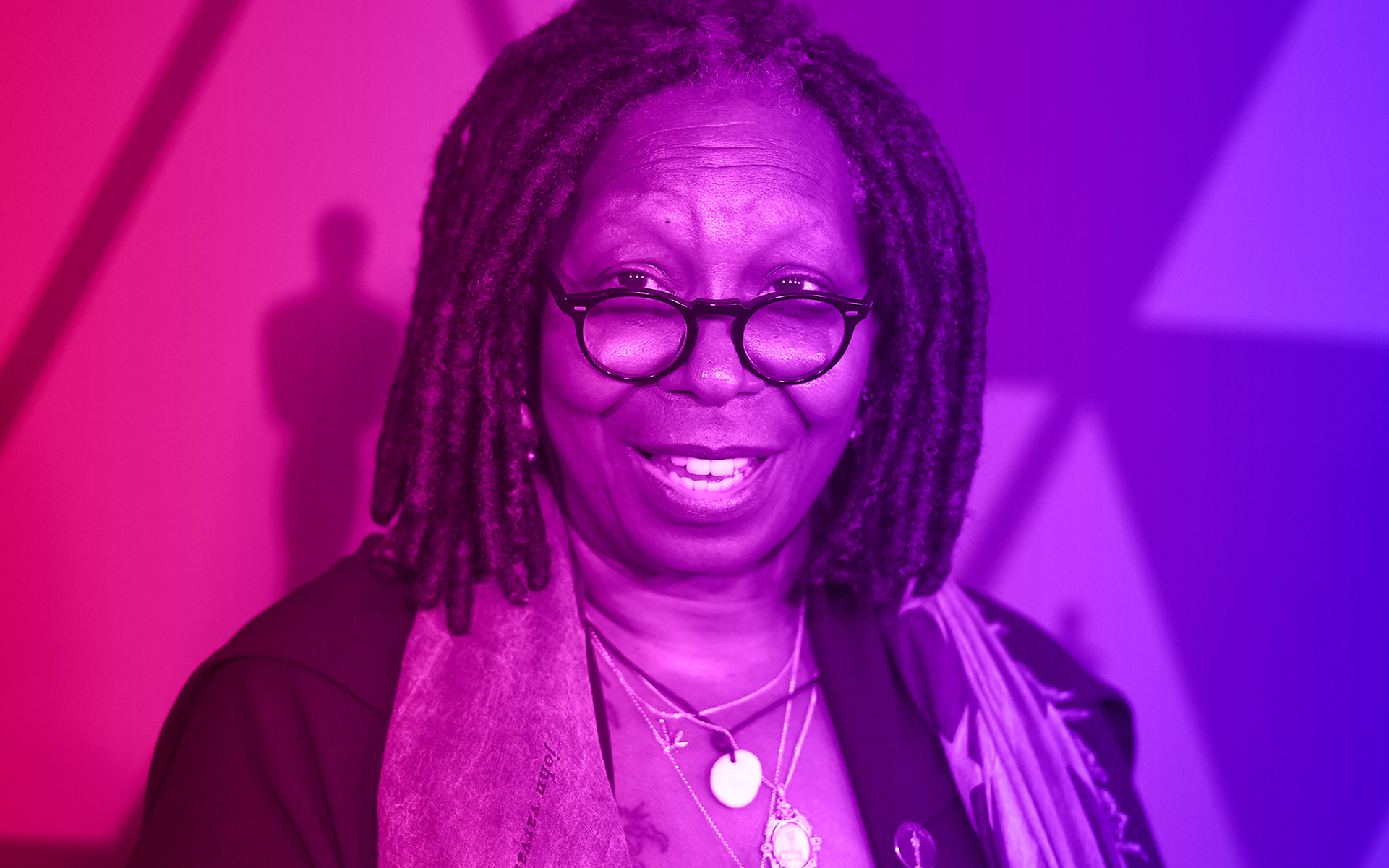 One of the very few EGOT winners (Emmy, Grammy, Oscar, Tony), Whoopi Goldberg got her start doing avant-garde theatrical performances and one-woman plays. Today, she’s best known as a co-host of The View, but despite moving from the cutting-edge of comedy to a daytime network talk show, she’s never shied away from speaking her mind on controversial issues.

In 2016, she helped launch the website Whoopi and Maya and instantly became one of the most high-profile celebrities to dive headfirst into the world of legal cannabis. She didn’t just license the use of her name or make a celebrity testimonial, Goldberg co-founded the company and helped curate a line of products—with THC and CBD-only options—marketed to women, specifically as a treatment for menstrual discomfort.

Related
CBD (cannabidiol): What does it do and how does it affect the brain & body?

Cannabis has also played a key role in her creative process. “I wouldn’t point to anything and say I created that because of marijuana,” she once told VICE. “But cannabis has been helpful [to me] as it has been for so many.” 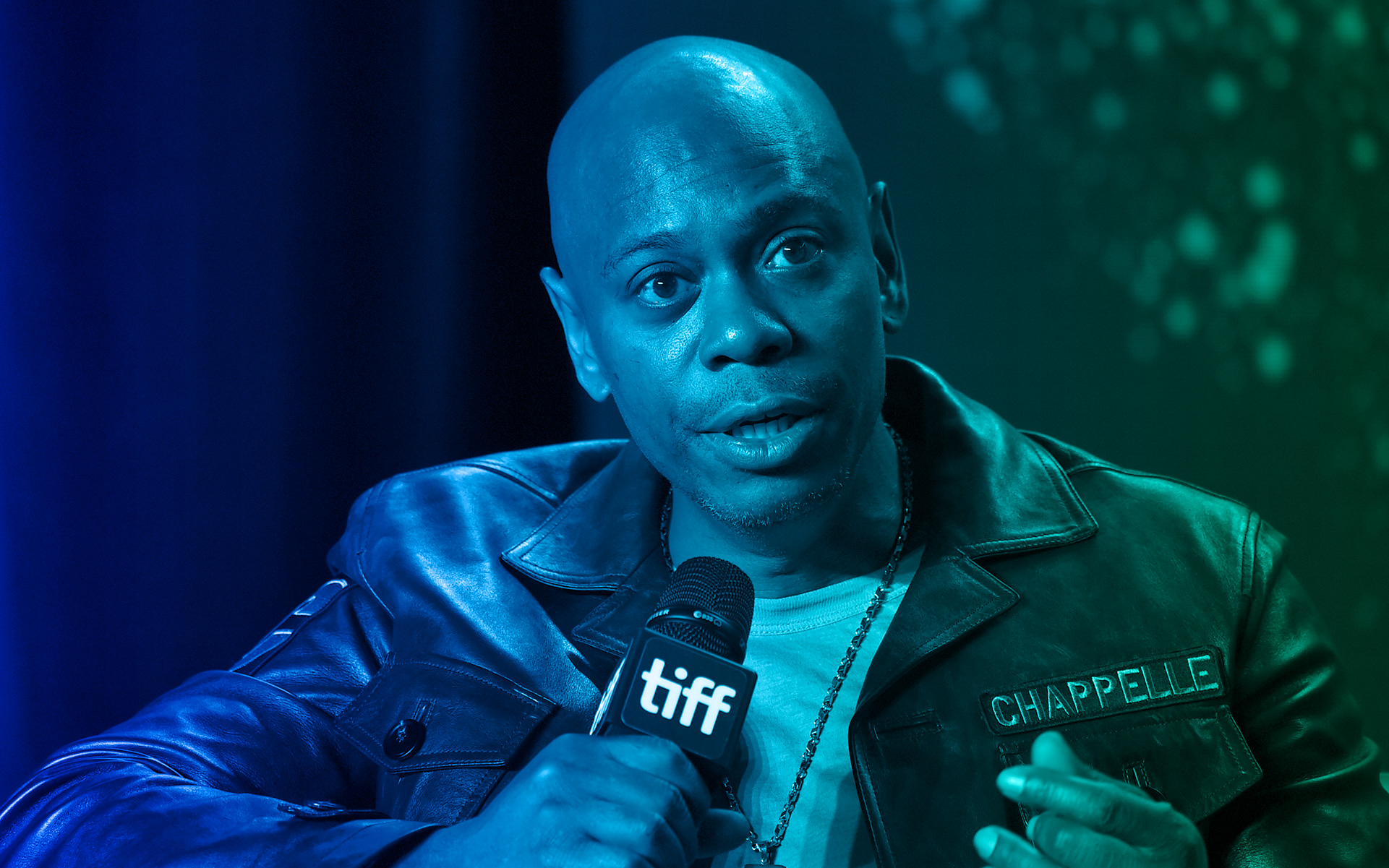 Dave Chappelle began performing stand-up comedy while a teenager, and even landed a small part in the Mel Brooks film Robin Hood: Men in Tights. A string of supporting roles in movies and TV followed, but his breakthrough didn’t come until he starred in 1998’s Half Baked, which he co-wrote along with Neal Brennan.

The endearing story of a group of best buds who start dealing pot to raise money to bail a friend out of jail, Half Baked re-defined the stoner comedy for a new generation and made Chappelle a weed icon.

Later, through his much-beloved Chappelle’s Show on Comedy Central, he earned a reputation as one of the sharpest social critics of the 21st century.

Joe Rogan didn’t start smoking weed until he turned 30. Before that, he fully bought into the government’s dire warnings about the plant’s terrible dangers.

But after trying it for himself and then independently researching the subject, he realized he’d been tricked. Tracing the dark forces behind prohibition revealed a conspiracy among law enforcement and Big Pharma, who use the prison-industrial-complex to create a mini-police state in America and to exert social control over a consciousness-raising plant that the establishment considers an existential threat to the status quo.

Well, shit, you can abuse cheeseburgers too. But nobody’s closing down Burger King. I could jam a fork into my eyeball, does that mean forks should be illegal?

Rogan exposes all of this in the documentary, The Union: The Business Behind Getting High, and responds directly to people who argue that cannabis should be illegal because it can be abused.

“Well, shit, you can abuse cheeseburgers too,” says Rogan. “But nobody’s closing down Burger King. I could jam a fork into my eyeball, does that mean forks should be illegal?”

Although he’s still a mainstay in the stand-up scene, today, Rogan’s biggest influence on pop culture is as a popular and prolific podcaster. He frequently discusses cannabis on his programs with distinguished guests whom you would never guess share his love of getting high, and sometimes with those whom disagree with it entirely.

And yeah, he blazed with Elon Musk on air that one time. 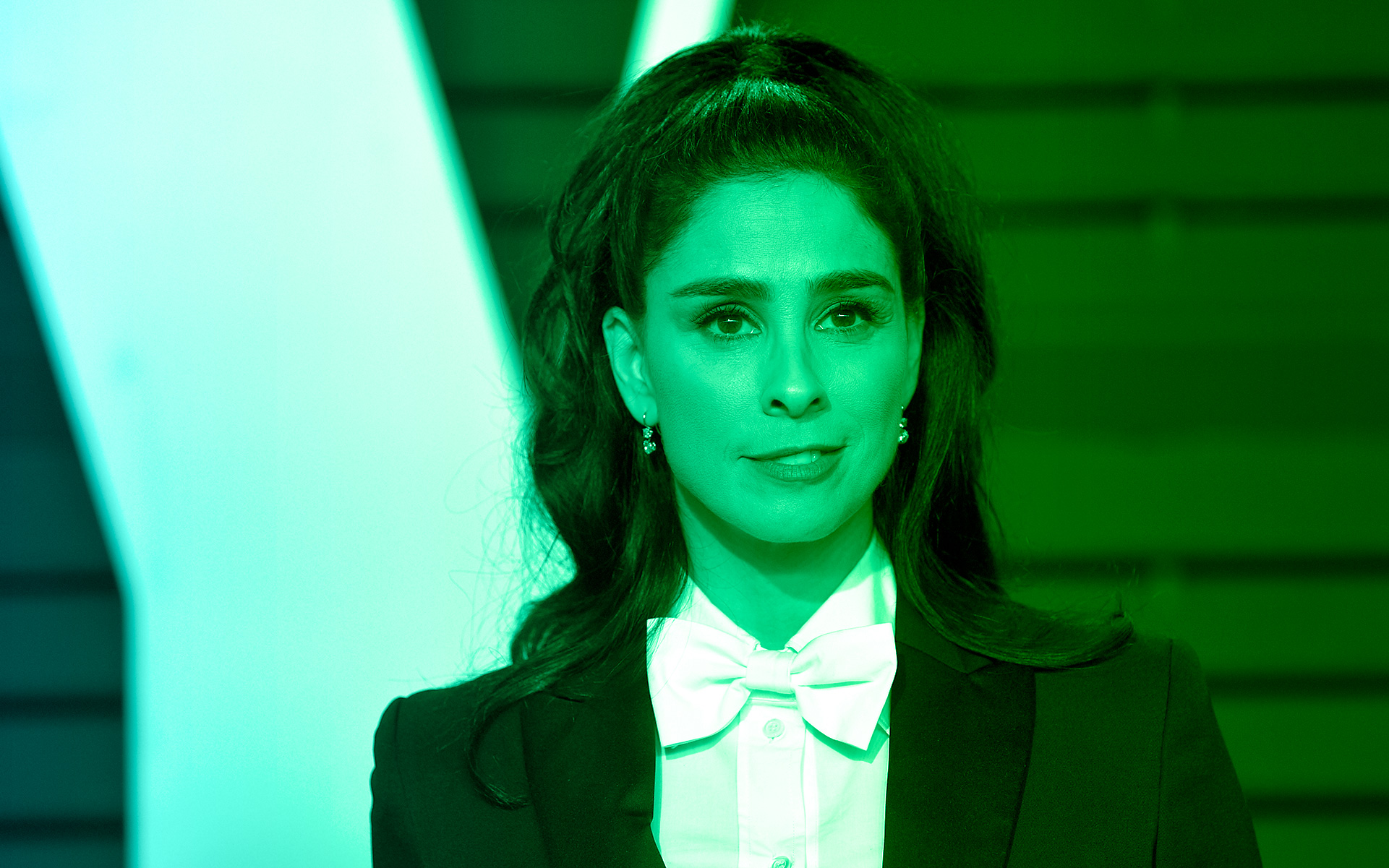 Despite her willingness to tell edgy jokes about touchy subjects, Sarah Silverman’s central message when it comes to cannabis is actually quite moderate. “Make it a treat,” she recommends in her book, The Bedwetter.

Now, it’s certainly no secret to long-time fans that Silverman has a soft spot for edibles and a “pufferoni” or two before bed, but she also sees cannabis legalization as an important social justice issue.

She’s also appeared in hidden gems like Getting Doug with High, a talk show where guests smoke weed with comic Doug Benson, and My Drunk Kitchen, an online cooking show where the host and a guest usually get drunk, but in Silverman’s episode they get really stoned instead.

Related
In Hollywood, Cannabis Is Part of the Creative Process

But it’ll be hard to top her most high-profile publicity stunt yet—showing off a vape pen on a televised red carpet special, just hours before she accepted the 2014 Emmy Award for Outstanding Variety Special for her HBO stand-up special, We Are Miracles.

So was she high for the ceremony, as Whoopi Goldberg was when accepting an Oscar in 1991? It’s unclear, but Silverman’s acceptance speech did end with the following observation: “We’re all just made of molecules, and we’re hurling through space right now. Thank you!”