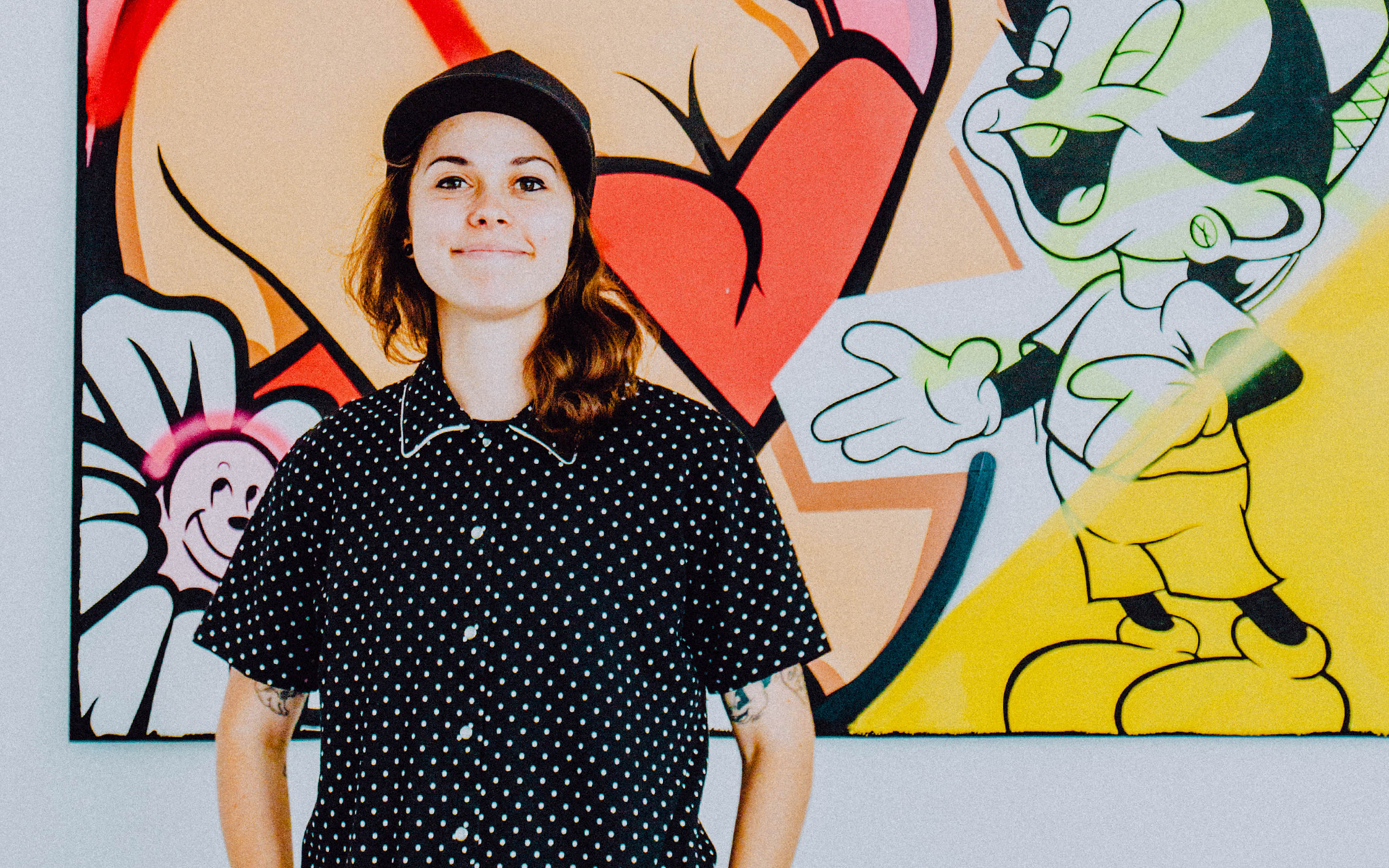 (Courtesy of Alexa Joan Rae)
Nina Palomba grew up in small-town Wyoming before moving midwest for the Art Institute of Chicago. Her dream was to make designer toys.

“I didn’t paint during college,” she recalls. “I just drew cartoons. I never considered it a serious career path, but it made me super happy.”

One fateful evening, the artist caught a burlesque performance by the glamorous, Marlene-Dietrich-inspired act Miss Tosh. The performer emerged and from her jacket pocket, she pulled a banana, which she peeled and offered to an audience member. On this particular night, it was Palomba. The two later connected; Tosh calls it “love at first bite.”

Cheers to love! Grateful to start off another year with the love of my life and most glamorous gal I know ✨👸🏼 #ninasworld #misstosh #newyearskiss #2018 #love #lovewins

The couple has lived in L.A. for three years now, and Palomba credits the move as a positive for her career. She’s displayed at the Fashion District’s Think Tank Gallery, music fest Lightning in a Bottle, and downtown’s Nights on Broadway, in addition to finding work in stop-motion animation.

“I had murals in pretty much every neighborhood in Chicago, which was really cool. I was also working painting billboards,” she said. “Moving to L.A. made me focus on my own career beyond painting for other people.”

Palomba is particularly inspired by cartoons dating back to the ’30s and ’40s. Shades of influence from Felix the Cat to Roger Rabbit are seen throughout her vibrant work. Palomba said many of her paintings are about “the brighter, fun side of being in love,” and are largely influenced by her own relationship. Tosh, “the blonde bombshell,” and herself, “a little painter always covered in dirt.” 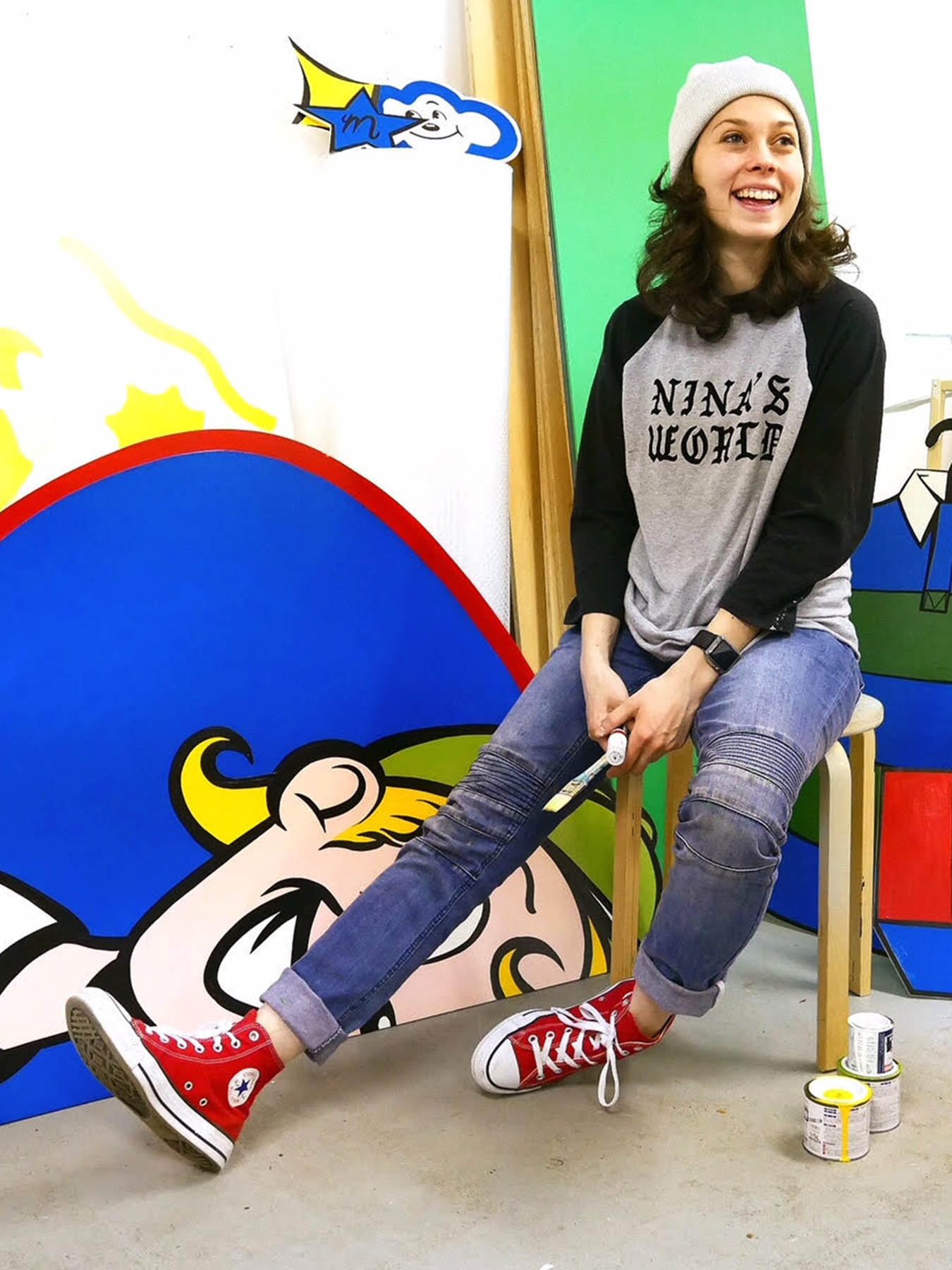 It’s a way to connect with an art form she’s always loved, but in which she rarely felt represented. Much of it failed to depict anything outside of heteronormative relationships.

“Everyone loves that Lichtenstein, nostalgic, cartoony, romance novel kiss. It’s really iconic,” she said. “But I know so many people who say, ‘I love this, I wish I could relate to it.’ I wanted to create that for people because it’s something I love. To make a cartoony love story in retro style…helps me feel connected to that part of history.”

Katie Partlow and the Coolest Cannabis Parties in California

“That’s the first time I went hard in making visually gay art,” she said. “It’s not a mission of mine, but it’s an opportunity for me to be vulnerable as a painter. It pushed me in the direction I needed to go, and I don’t think I would have gotten there if things weren’t the way things are now, with Pride and people being accepted. Being able to experience people being free is huge thing to me with my art, and finally being okay with making the art I’ve always wanted to make.”

T O M O R R O W ✨ Join us for the opening event for @theninapalomba’s instal with us! Nina will be doing s meet&greet from 7 PM – 10 PM, we’ll be raffling off a hand painted bong by Nina, and giving out goodie bags 💚 Check out this dope #bts video of all the pieces she’s displaying with us 💚 Be Well 😌. . . . . . . #bewell #gotitattheweed #ninapalomba #supportart #supportsmallbusiness #artistsoninstagram

Palomba’s show at The WEED, a Studio City dispensary adding art shows to their space, presents an interesting overlap between two communities with different struggles, who’ve each found themselves criminalized in modern history. Marriage equality was only federally legalized in 2015, while cannabis remains illegal in 21 states.

Palomba's show at The WEED dispensary presents an interesting overlap between two communities with different struggles, who’ve each found themselves criminalized in modern history.

Just as experiencing Pride and representation in pop culture has helped Palomba feel comfortable making LGBTQ work, she feels like it’s helpful to be able to walk into a dispensary knowing very little, but feeling okay to ask questions.

“I think cannabis being available to everyone in L.A. really takes away the idea that this is a bad thing or something to be nervous about,” she said.

Though Palomba doesn’t typically use cannabis while painting (as it’s already so therapeutic for her), she’s still got her favorite vape pens: Brass Knuckles , and Select Oil, particularly Select’s Sativa peppermint CBD pens. 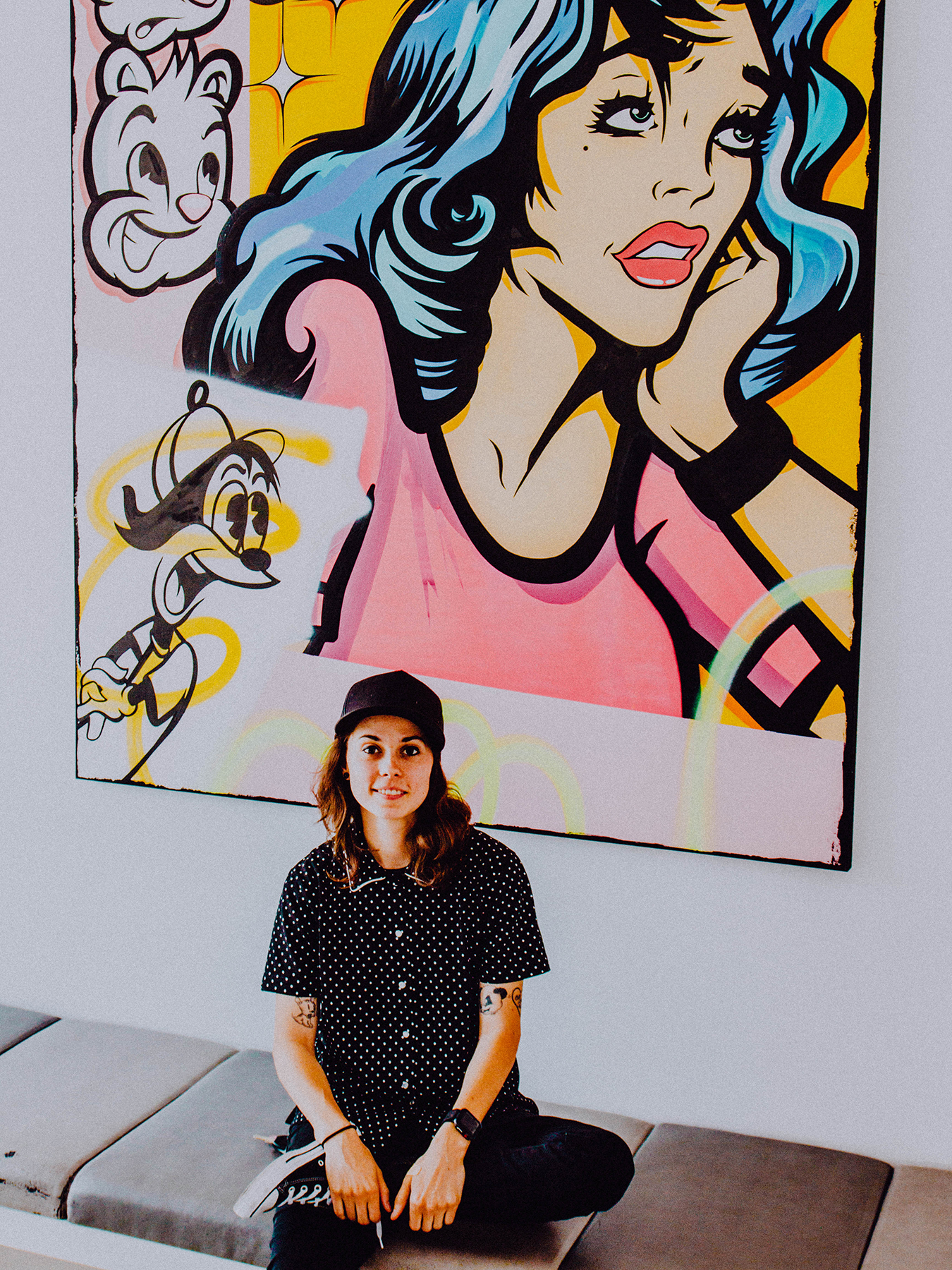 “CBD helps with my anxiety and stress. I have a lot of projects going on and it makes me feel more relaxed, like I can achieve things,” she said. “To be able to ease my distress with a little CBD is pretty amazing.”

If you were hoping for advice on vaping and then creating, she mentioned a uniquely great drawing session after enjoying Aces Extract Inspire. Maybe you have a favorite creative strain you can share, too?

Nina Palomba’s Love & Light can be seen at The WEED in Los Angeles through July 15th. On July 12th, from 7-10 p.m, an unveiling event at the dispensary featuring $1 goodie bags, limited edition artwork from Palomba—including painted grinders and dug-outs—and more. Peruse the beauty that is Palomba’s work here. Keep up with The WEED on Instagram. 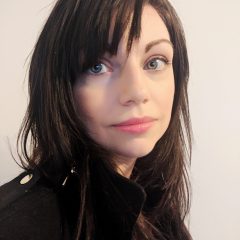 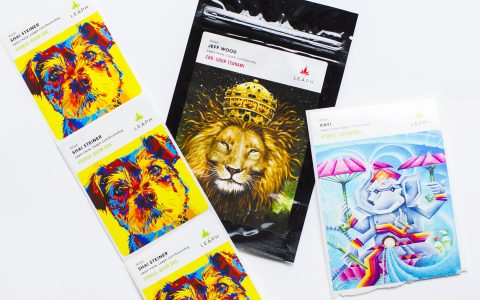 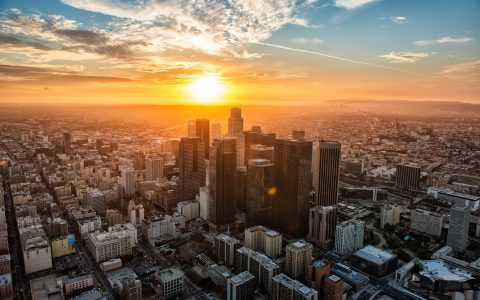 These Are the Best High Art Walks in So-Cal 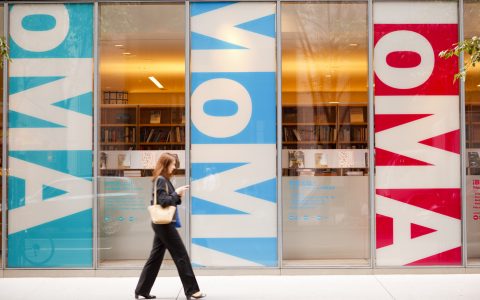 Are Art Museums Worth the High? 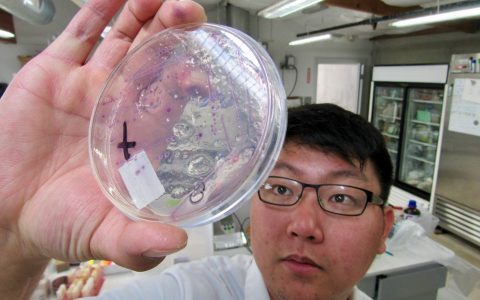