Leafly StaffDecember 7, 2017
Share
Share on Twitter   Share on Facebook
Print
(Carolyn Kaster/AP)
ABC News just released a video of Attorney General Jeff Sessions good-naturedly sparring with Justice Department interns, and responding to questions about his outdated views on cannabis. The event took place on June 22, when Sessions spent about half an hour with college students working as interns at the department during the summer. 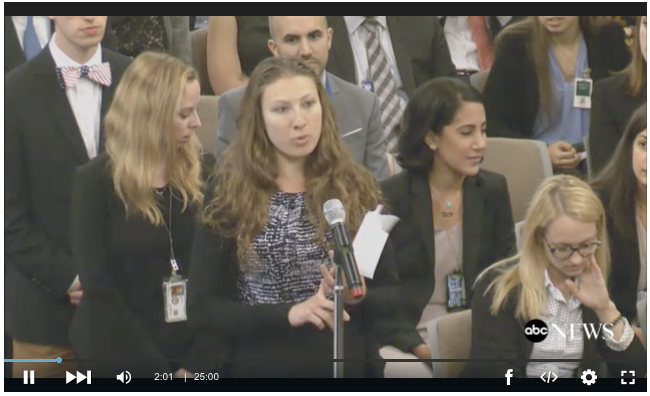 Brave Justice Department intern puts it to the boss: What’s the deal with you and cannabis?

The full video, which ABC obtained through a Freedom of Information Act request, was released on ABCnews.com earlier today.

Mike Levine and Geneva Sands wrote this at ABC News:

During the event, one intern asked Sessions why he supports “pretty harsh policies for marijuana and pretty lax gun control laws” when “statistically guns kill significantly more people than marijuana does.” In response, Sessions noted that more fatal accidents are now caused by drugs than by alcohol, and he said the American Medical Association “is crystal clear” that “marijuana is not a healthy substance.”

But when the intern challenged that assertion, Sessions seemed dismissive, addressing the intern as “Dr. Whatever Your Name Is.”

“I don’t think America’s going to be a better place if marijuana’s sold in every corner grocery store,” Sessions said.

Sessions justified his view on cannabis by pointing to recent statistics about drugged driving. Leafly contributor David Bienenstock recently investigated the truth behind the data on drugged driving, which we suggest the Attorney General consult the next time he’s asked the question.

Taking Drugged Driving Seriously: What Does the Science Say?