Legal Cannabis in New Brunswick: What You Should Know 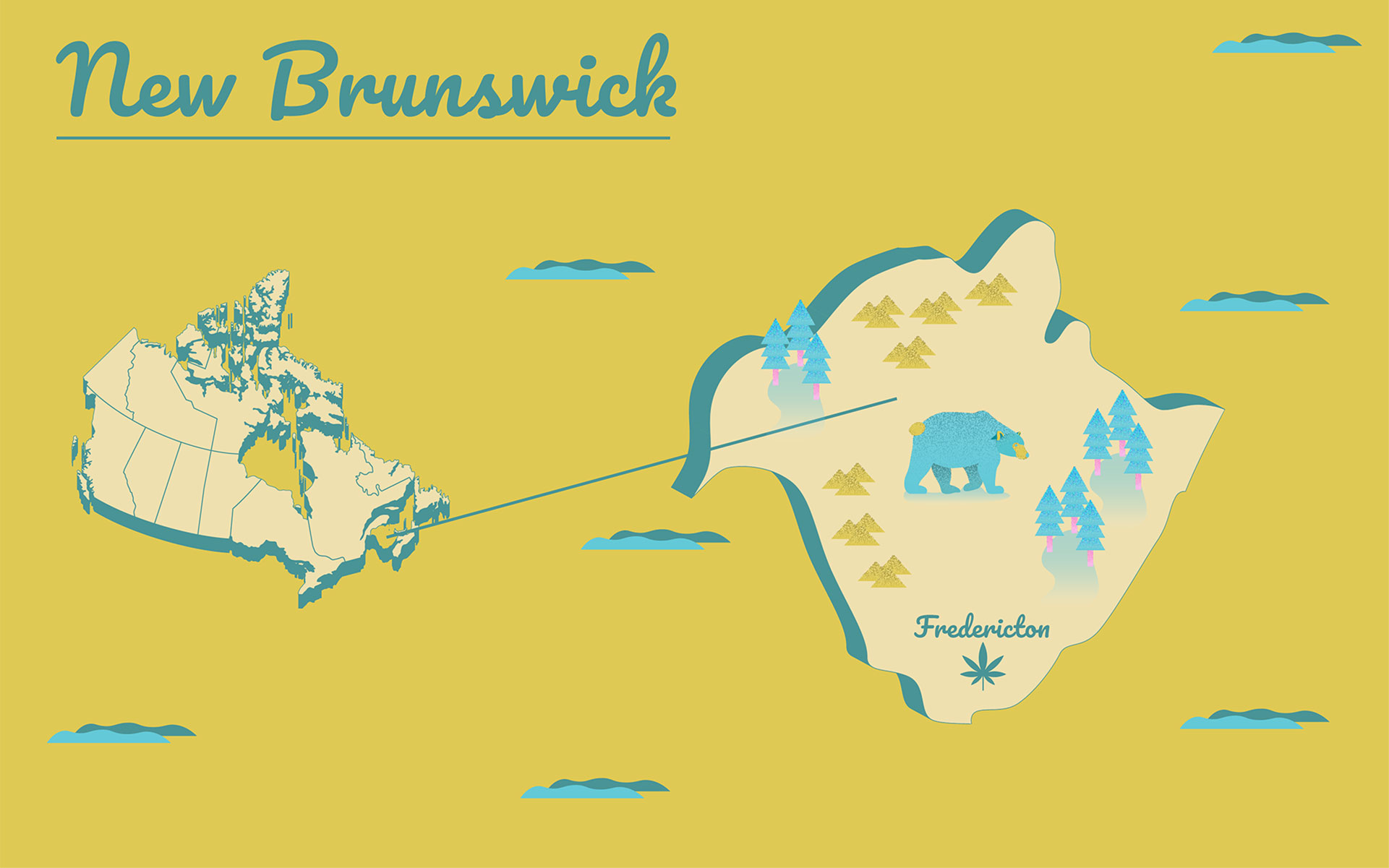 Cannabis will be sold in 20 stores by Cannabis NB, a subsidiary of the New Brunswick Liquor Corporation (ANBL), starting October 17, 2018. Cannabis NB officials have expressed confidence that all 20 stores will be open for business on Oct. 17.

Cannabis NB will also sell cannabis on its web site starting Oct. 17, but the web site address has not yet been made public.

Each province sets its own legal age, as with alcohol. In New Brunswick, the minimum age for purchase and possession is set at 19.

Looking for the Cannabis NB Stores?

Leafly Has Them Listed

What Can I Buy in New Brunswick?

Publicly-run stores will be allowed to sell a range of dried cannabis (aka flower or buds), pre-rolls, cannabis oils, capsules, and seeds for home growing. The province has supply deals with 5 licensed producers of cannabis. Edibles are not yet allowed, but are expected to enter the market nationwide in October 2019.

Will New Brunswick Stores Be Open on Oct. 17?

Leafly specializes in helping people find cannabis. We have all 20 Cannabis NB stores listed on our page: Recreational Cannabis Stores in New Brunswick. Online sales will also be available through the Cannabis NB web site, but that site has not gone live yet.

Cannabis transported in a motor vehicle, moving or not, must not be consumed. This also applies to motorcycles, farm tractors, off-road vehicles, and snowmobiles.

Can My Kids Enter the Store With Me?

No. In New Brunswick, the government has prohibited minors from being in their legal recreational cannabis stores.

While the federal Cannabis Act allows adults to cultivate up to four plants per residence, the province of Quebec is placing some restrictions on this practicel including a requirement that cultivation take place indoors in a separate locked space. If Outdoors, it must be in a locked enclosure at least 1.52m in height.

Can you transport cannabis from one province to another? Yes. But you must abide by the federal public possession limit, which is 30 grams of dried cannabis per person. Important: Do not attempt to transport cannabis across any international border. Cannabis is legal in Washington State, Vermont, Alaska, and Maine, but the border crossing is a federal zone. And cannabis remains federally illegal in the United States.

Can I Fly With Cannabis?

Like most other provinces, the province of New Brunswick will act as middle man through Cannabis NB. The organization will have retail stores across New Brunswick and will also serve as the online portal for ordering recreational cannabis for delivery.

The Newfoundland government passed a number of cannabis-related pieces of legislation, including the Cannabis Control Act and the Cannabis Management Corporation Act. These acts, along with a few others, sets out the parameters of lawful sale, purchase and consumption of cannabis in the province.

No Caps on Cannabis Stores in New Brunswick

There are no caps on the number of stores that can be opened in New Brunswick.