Legal Cannabis in Ontario: What You Should Know 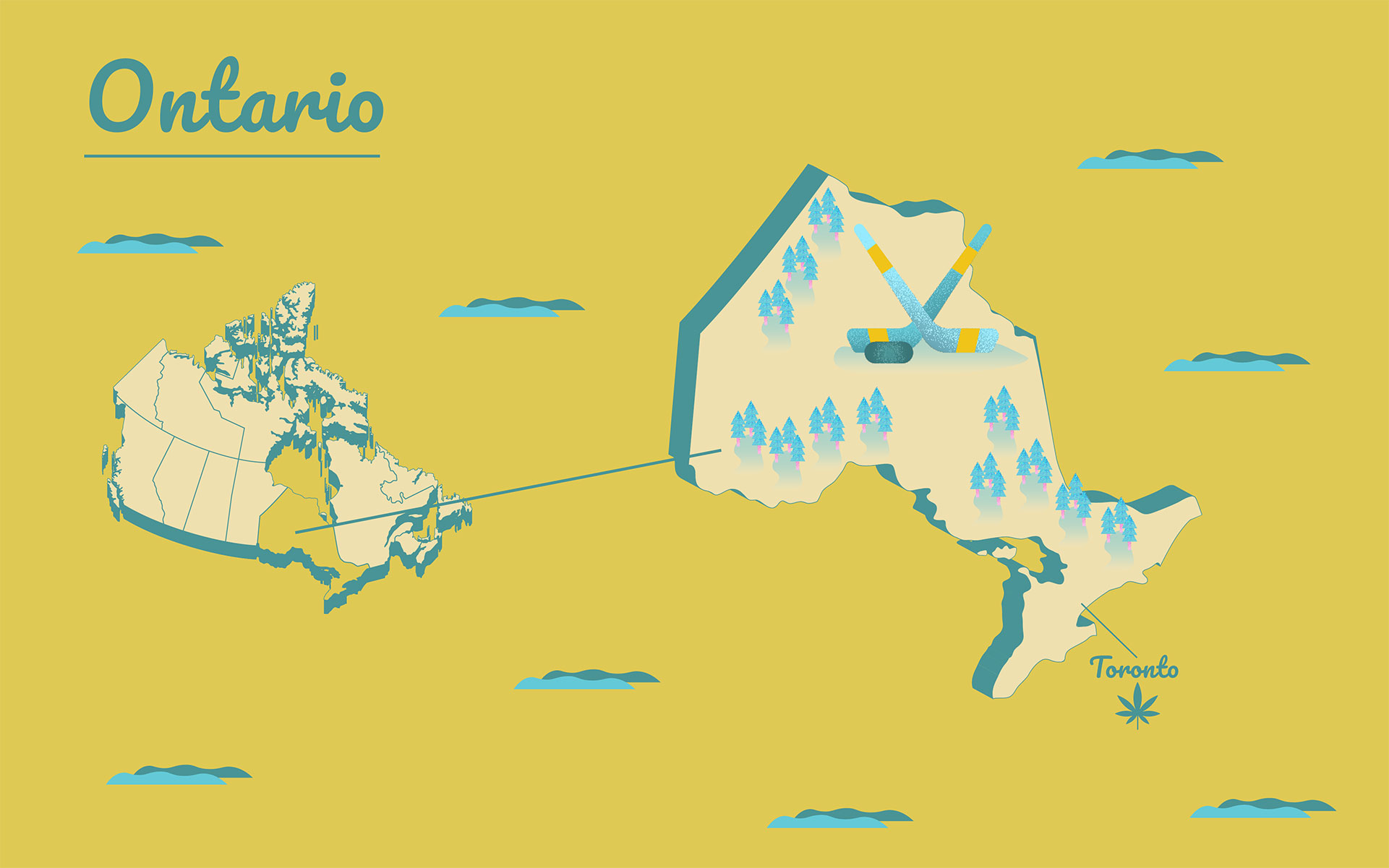 (Elysse Feigenblatt/Leafly)
Cannabis will be legal for adults throughout Canada starting on Oct. 17, 2018. But you have a lot of questions. We have answers: Where to buy it, which stores are open, age limits, purchase limits, what’s actually on the shelves, where it’s legal to consume, and more.

Starting October 17, 2018, the Ontario government will operate an e-commerce website, www.ocs.ca, for online ordering. Cannabis will be sold in privately owned stores starting April 1, 2019. Retail outlets are not allowed to sell products other than cannabis products.

Each province sets its own legal age, as with alcohol. In Ontario, the minimum age for purchase and possession is 19.

Order From the Ontario Cannabis Store

What Can I Buy in Ontario?

Private stores will be allowed to sell a range of dried cannabis (aka flower or buds), pre-rolls, cannabis oils, capsules, and seeds for home growing, from 32 licensed producers. Edibles are not yet allowed, but are expected to enter the market nationwide in October 2019.

Will Brick-and-Mortar Stores Be Open?

No. Privately run cannabis retail stores won’t be able to open until April 1, 2019. But starting Oct. 17, Ontarians will be able purchase cannabis from the government-run web site, Ontario Cannabis Store (www.ocs.ca), and have their products delivered by Canada Post for a $5 fee.

As of Oct. 17, only online at the Ontario Cannabis Store. There are, however, a handful of First Nations medical cannabis stores along the Alderville “Green Mile,” that are expected to expand to recreational sales starting on Oct. 17. The legal status of those stores is complicated and not entirely clear; there are longstanding issues of jurisdiction and tribal sovereignty involved. We’ve included the location of those stores on our information page, Recreational Cannabis Stores in Ontario.

All About Ontario Online Sales

Ontario has contracted with Shopify to create the Ontario Cannabis Stores web portal for cannabis purchases. 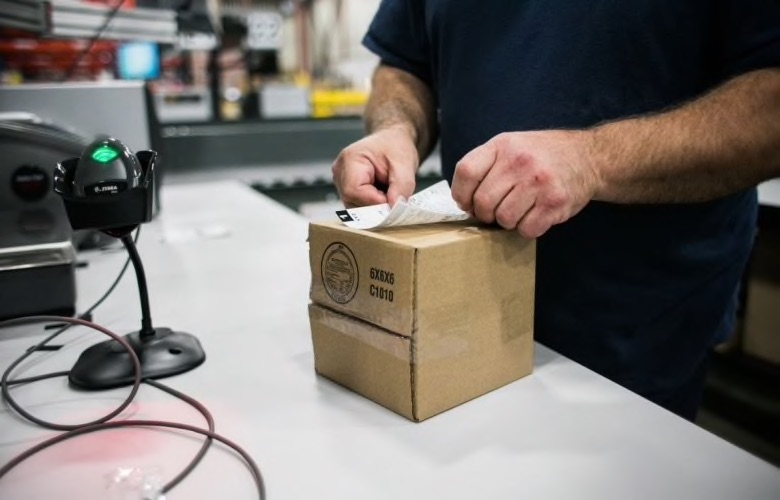 The web site is not yet live, but is expected to begin accepting orders on Oct. 17. Online orders will be delivered by contracted, secured companies (not Canada Post). An ID-verification process will be put into place to ensure the product isn’t being sold to minors.

Visitors to the site must enter their birth date to verify they’re at least 19 years old. A flat $5 fee will be included with every order to cover the cost of delivery by Canada Post. Upon delivery, age ID will be verified again, and a signature required.

Customers who aren’t home to receive delivery will get a slip to pick it up at a Canada Post outlet. ID will be required at the Canada Post outlet, too. Packages will not be left on porches or doorsteps, or with building concierges.

Payment can be made only with Visa or MasterCard. The word “cannabis” will not appear on the credit card statement.

Those 19 and older can possess up to one ounce (30 grams) of dried cannabis in public.

Cannabis transported in a motor vehicle must be in a sealed package or inaccessible to vehicle occupants. In legal US states, this has translated into: “Keep it in the trunk.”

The Ontario legislation will not specifically bar those under age 19 from entering privately-run stores, once those stores open in 2019, but they will not be allowed to purchase cannabis.

Cannabis use will be allowed in public spaces where tobacco smoking and vaping are permitted. Smoking and vaping of non-medical marijuana will not be permitted in areas frequented by children such as playgrounds, schools, and child-care centres. Marijuana consumption inside motor vehicles is forbidden. Local governments may set their own restrictions on consumption.

Production of up to four plants per household is permitted, as per the federal Cannabis Act. The Ontario government has left this activity relatively unregulated, and while leased homes and condo communities may ban the practice, occupants are otherwise free to cultivate cannabis within those limits.

What About Ontario Dispensaries?

A new law will permit police forces to shut down the entrances to any unlicensed cannabis store if someone is charged with trafficking in relation to the premises – and the dispensary will remain closed until those charges are resolved, which could take months.

There’s a heavy incentive written into the law: Those who continue to violate any cannabis laws after October 16, 2018 will be disqualified from applying to run legal privately-run cannabis stores, which will be able to sell cannabis starting April 1, 2019.

The government has not set a cap on the number of private retail licenses within the province.

The Cannabis Supply Chain in Ontario

The provincially-run Ontario Cannabis Retail Corporation will act as the middleman in all cannabis commerce within the province. Private licensed producers (LPs) will deliver their packaged and branded products to the OCRC, which will then sell to private stores once those stores open in 2019.

No Cap on Cannabis Stores in Ontario