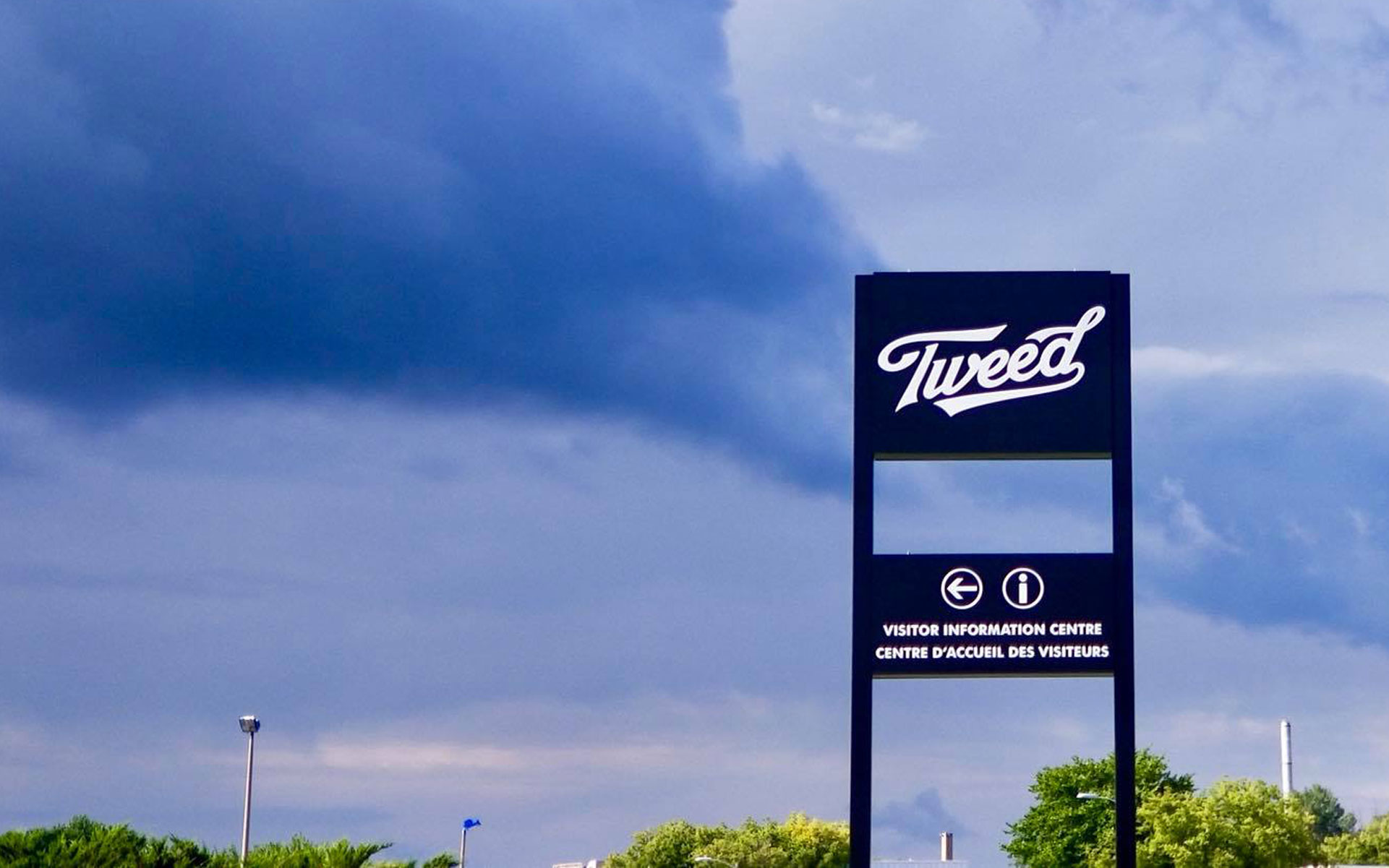 Tweed/Facebook
Just how far should we go to limit the role of Canada’s commercial cannabis licensed producers, now totalling more than 100, in the retail sale of cannabis across the country?

In Ontario, the province put rules in place to prevent the pervasiveness of these producers in its upcoming legal retail brick and mortar market set to open April 2019.

In practice, however, Ontario consumers are about to discover a retail cannabis experience largely orchestrated by the licensed producers whose very influence was meant to be curbed by the rules put in place.

Touted as an Opportunity for Small Businesses

Limiting the role of licensed producers and allowing a system of small businesses to thrive has been woven into the fabric of the cannabis retail system in provinces across Canada.

“This is an opportunity for small businesses to get involved–we want to have as many participants as possible be involved,” says Vic Fedeli, Ontario’s Finance Minister, said this past September when unveiling Ontario’s plan to permit private retail cannabis stores.

If stores are still going to be branded by licensed producers, and significant revenue will also be heading to their coffers–are these rules all for naught?

In British Columbia, authorized federal producers of cannabis and their agents are not allowed to obtain a license to operate a retail cannabis store. In addition, the province won’t permit a retail store where the applicant is “so associated with, connected with or financially interested in a producer […] that the person is likely to promote the sale of cannabis of the federal producer.”

Factors that the province takes into account include whether a licensed producer controls 20% of the voting shares of a retailer, or whether the retailer controls 20% of a licensed producer. The regulator will also look to see if any immediate family members of the licensee have any interest in the producer and can look at “any other association, connection or financial interest” between the retail store and a cannabis producer.

In Alberta, rules are more laidback. The province says it allows vertical integration but also touts some safeguards, including the requirement that retail stores entity be operated separate from any other corporate cannabis-related initiatives, and that any one entity can control no more than 15% of retail cannabis licenses.

In Ontario, it is clear that Alcohol and Gaming Commission of Ontario (AGCO), the province’s regulator for retail cannabis sales, has been intent on limiting the influence of licensed producers in the province’s retail system through a number of ways.

For one, the province’s rules only permit licensed producers to apply for one store, and it must be located at the same place as the producer’s production site.

Affiliates of licensed producers, which are defined in a myriad of ways, also cannot open off-site stores.

Licensed producers may have an interest in off-site standalone cannabis retail stores, but only if they have not more than 9.9% of voting securities in the entity.

Companies that are “in the same partnership” as producers are also deemed to be affiliates, but as you’ll read shortly, producers have sidestepped this rule.

The province also prohibits, for the purpose of increasing the sale of a particular type of cannabis, the offer or giving of any “material inducement” to the holder of the retail store license.

The province’s initial lottery process–which will see only 25 stores licensed by April 2019 due to a national production supply shortage–was meant to allow for a randomized set of retailers after thousands of companies and individuals paid a $75 entrance fee to get a shot at running a pot shop in Canada’s most populous province.

In fact, during the lottery process, the AGCO double-downed by barring licensed producers and their affiliates from obtaining retail licenses altogether.

The province’s rules say that are not permitted to transfer their license or change the “ownership and/or corporate structure in such a way that would result in a change of control” of the applicant during the lottery process.”

Now, however, the licensed producers have found their loopholes to enter into and control the provincial retail cannabis market.

The result? it is becoming evident that at least a handful of the 25 proposed locations in the province will bear the likeness of either licensed producers or publicly-traded companies with substantial connections to licensed producers.

While a majority sale of shares wouldn’t be permitted, lottery winners and producers alike have withstood scrutiny by entering into licensing agreements–ostensibly backed by revenue-sharing agreements—as opposed to share-transfers that might result in the AGCO rejecting the retail applicant.

Which is to ask, if stores are still going to be branded by licensed producers, and significant revenue will also be heading to their coffers–are these rules all for naught?

Let’s Look at the Damage

At least one proposed store will bear the SpiritLeaf brand that currently claims more than 10 stores in Alberta.

The brand is operated by publicly traded Inner Spirit Holdings, which plans to open more than 35 stores across the country. Inner Spirit announced in May 2018 that federal producer Newstrike had entered into a “strategic alliance agreement” with them, including an investment valued at $2.25 million.

A second application indicates that a proposed store on Queen Street in will bear the name of Nova Cannabis. Nova Cannabis is the brand of retail cannabis stores being set up by AlCanna, a long-time private retailer of alcohol on the country’s west coast. Aurora Cannabis owns approximately 25% of AlCanna, which might have made Nova Cannabis an affiliate under provincial rules. Now, however, the brand is set to adorn a proposed cannabis store in downtown Toronto.

And, of course, there will also be a store branded as Tweed, the flagship brand of the country’s largest producer of cannabis.

Remember that law that bars material inducements? While it would likely prevent a licensed producer, from, say, giving sporting event tickets to a store in exchange for lending extra shelf space to certain cannabis brand, it’s unclear if this law would stop Spiritleaf’s plans for in-store, producer-branded activation. The company announced in an Instagram post that the store would contain cannabis ‘lounges’ that would adorn images of Tragically Hip and Newstrike’s Up Cannabis name.

The continued evolution of the #Spiritleaf brand is made possible because of a partnership with Up Cannabis and the installation of what we are calling the ‘Up Lounge’ inside Spiritleaf stores. ——— Find out more about this partnership by clicking the link in the bio. ——— #SpiritleafCA #InnerSpirit #GoodTimesAreHere #CannabisCulture #RetailStore #Dispensary #Cannabusiness #Cannabiz #Cannapreneurs

Good music aside—if that’s permitted, it’s an indictment of Ontario’s rules and their toothlessness: why implement these rules in the first place if licensed producers will still be able to operate retail stores, generate significant revenues, and wield influence in the cannabis retail experience all the same?

While one can argue whether there should be limits on producers at all, it’s clear that if the goal was to prevent licensed producers from cornering the retail market, BC has Ontario beat: At press time, none of the 12 approved private cannabis stores in BC bears the name of licensed producers or related brands. 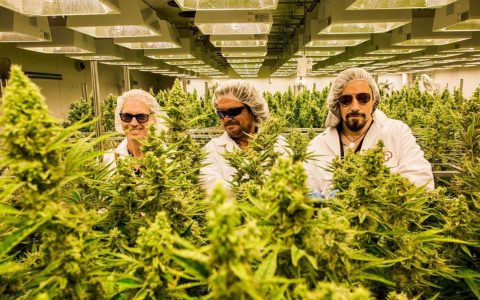 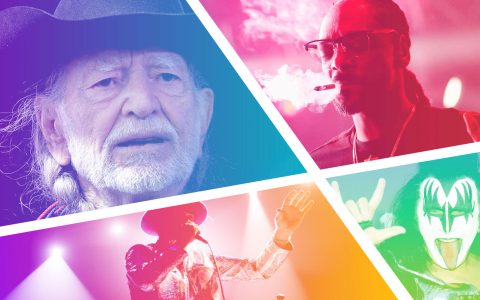 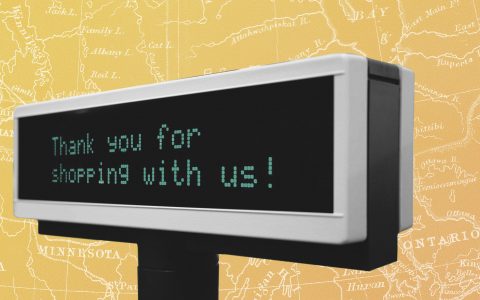 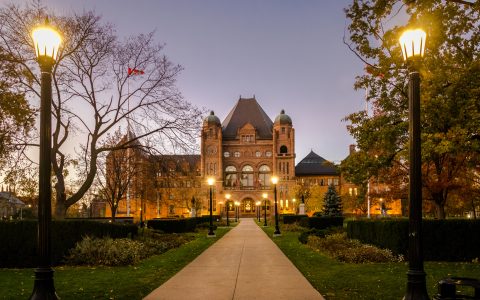