Inside Charlottetown’s only legal cannabis store: A first look at cannabis retail in PEI

Two days before legalization, I entered what would be the only cannabis store in the capital of Prince Edward Island, Charlottetown, and did so with an open mind. Considering how small PEI is—our population currently sits at around 150,000 people—only 4 stores are set to open, with the Charlottetown location servicing the whole downtown area, and mostly catering to the +1.5 million tourists that visit the Island each year.

Related
Legal Cannabis in Prince Edward Island: What You Should Know

Given that many shops here don’t offer the same retail experience as big cities, I was pleasantly surprised by the look and feel of the PEI Cannabis store. Clean lines, wood accents, digital screens, and natural light paved the way to soon purchase legal cannabis. It was evident that much thought had gone into the design, which was modeled on US dispensaries, complete with interactive iPads, stations allowing 16 customers to simultaneously smell terpene profiles, and examine buds and trichomes through custom jars equipped with a magnifying glass and vents. 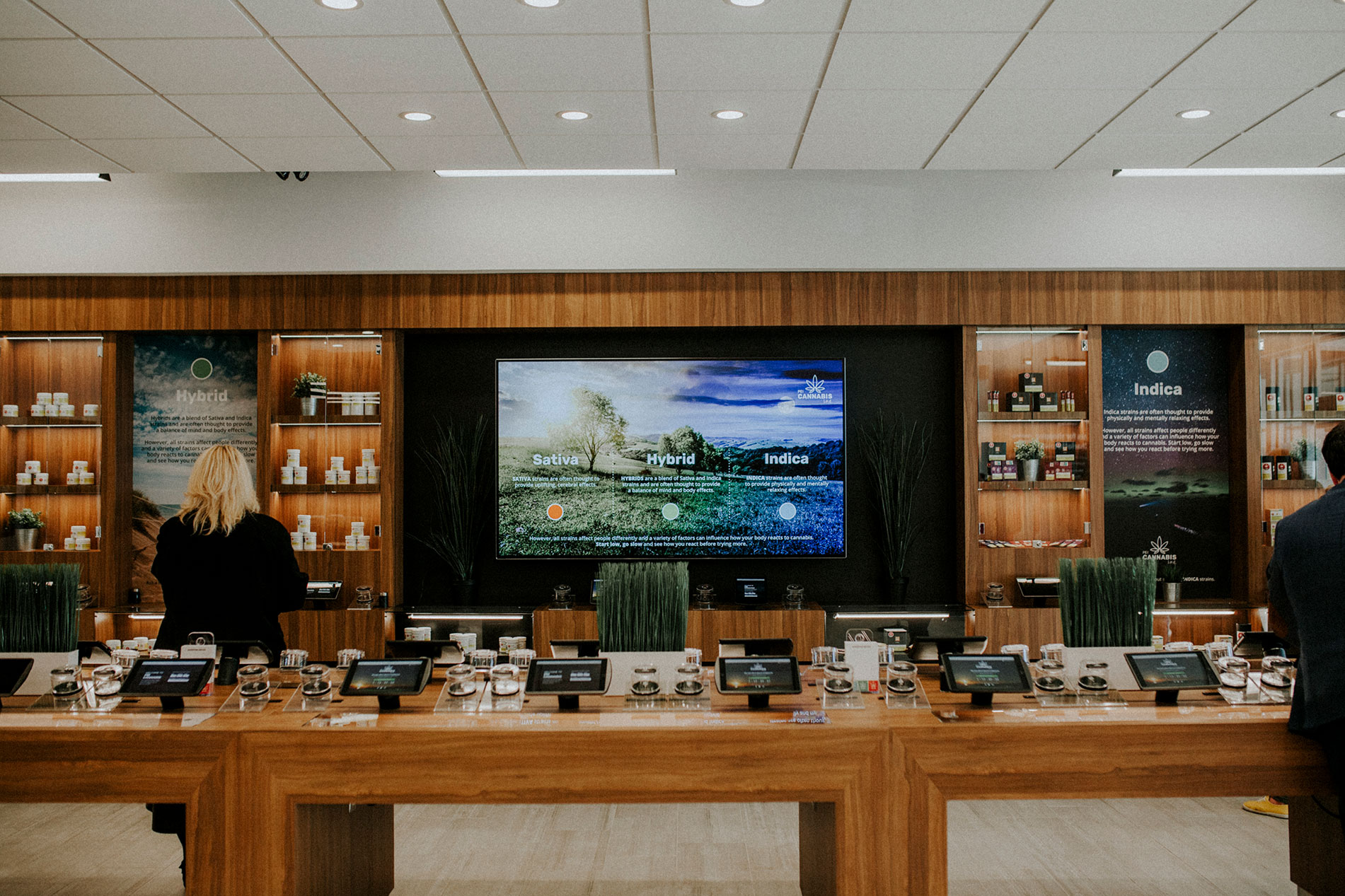 As I made my way through the space, it was impossible not to notice the immense screen displaying educational information on consumption tips, including dosing, terpenes and cannabinoids (concentrating mostly on THC). I couldn’t, however, find much information on CBD much less any information on how to treat cannabis overconsumption, which often arises with new and uninformed cannabis consumers.

With a staff of 50 “cannabis consultants” having undergone intensive training for the past six weeks, PEI Cannabis stores feel equipped to educate consumers and to also respond to demand. When asked if specific considerations were given to people of colour or marginalized groups in the hiring process (due to the criminalization and imprisonment of POC as a result of the War on Drugs), Zach Currie, PEI Cannabis Management Corporation’s Director of cannabis operations, cites their team had “developed a series of position questionnaires and submitted them the PEI Public Service Commission for review” to be later “issued to the public.” He also mentions how proud he is of his “well-trained bunch.” 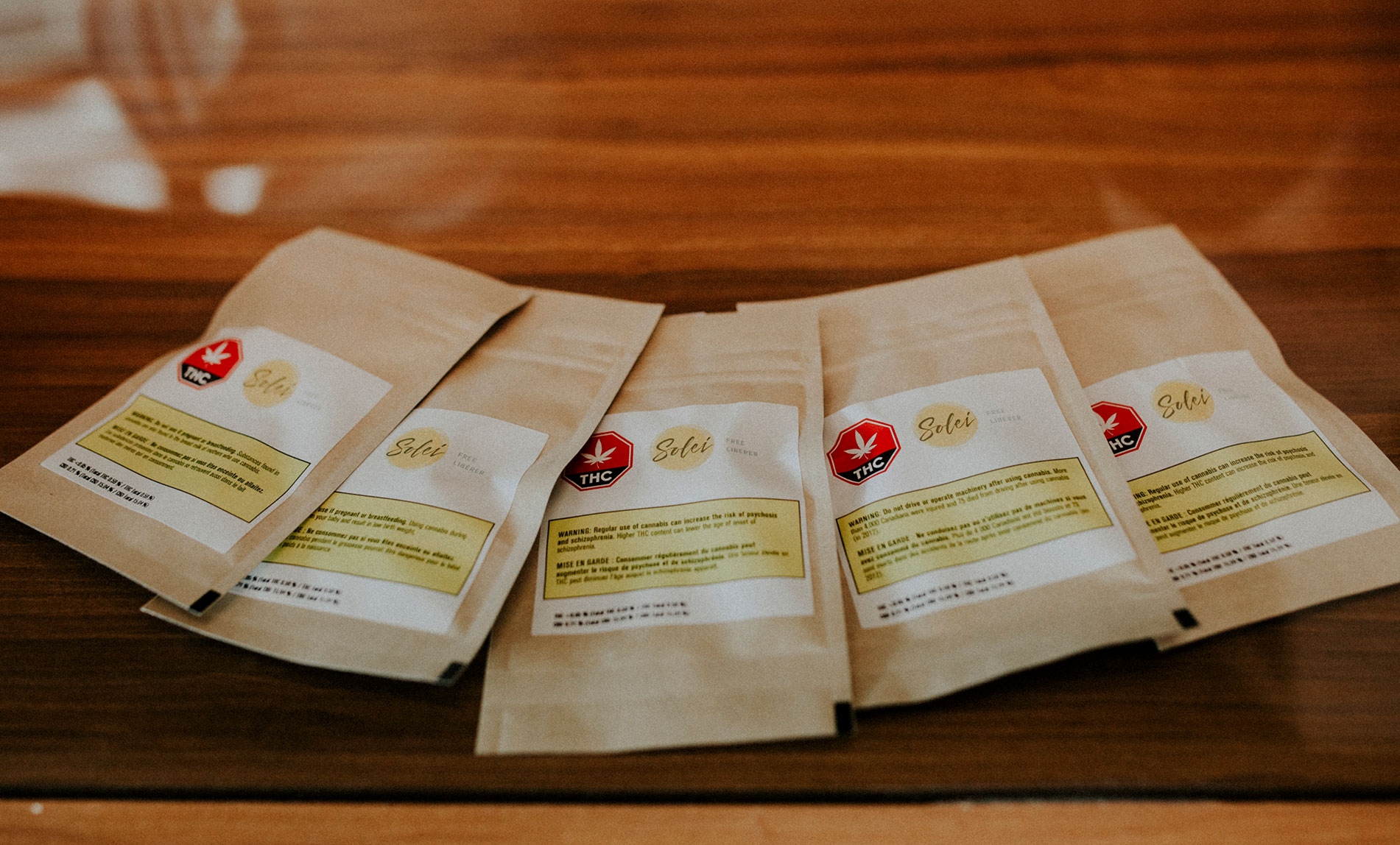 Expect a dozen Licensed Producers supplying the four PEI stores, including Tweed, 7ACRES, Aurora and Organigram to name a few. Customers over 19 years of age can legally purchase, either in-store or online, a maximum of 30 grams of cannabis from a selection of dry flower, pre-rolls, and oils, all boxed using plain packaging making it quite difficult to differentiate brands. With the impending legalization of edibles and other cannabis-derived products coming October 2019, Currie mentioned it was important the PEI Cannabis store be built with that future in mind, which is why incorporating elements such as fridges for future infused beverages was important.

Hours of operations for PEI Cannabis stores will be identical to PEI Liquor store hours and gift cards will be available for purchase.
Happy LEGAL shopping!