View From the Pinstripes: How a Banker Sees a Cannabis Account 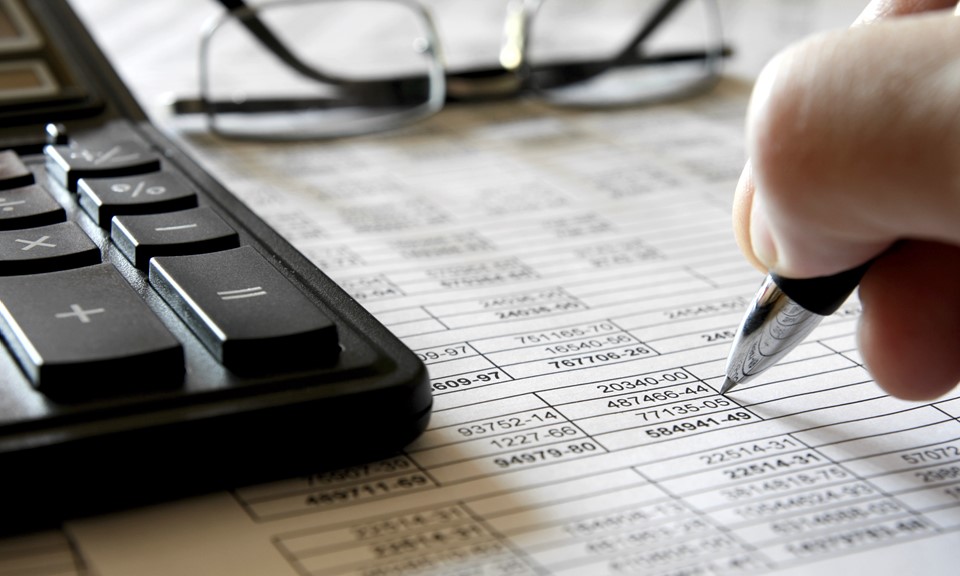 That model isn’t traveling well, though. Or maybe other state banking officials simply aren’t aware of Washington’s system. California, Nevada and Vermont are among many states trying to solve the problem on their own, without much success.

For a banker’s point of view, Leafly asked Steve Kemmerling to give us his perspective on the marijuana business. Kemmerling, a former mergers and acquisitions investment banker, is the founder of MRB Monitor, a consulting firm that advises banks, credit unions and other financial institutions about handling marijuana related businesses (or in banking parlance, MRBs).

Leafly: Banks and credit unions that serve the cannabis industry tend to do so partly as a public service, to enhance public safety by ensuring businesses don’t have to safeguard large amounts of cash. But is it profitable? What’s keeping other banks from opening accounts?

Steve Kemmerling: Bankers are concerned about the public safety issue. But they’re also concerned about regulatory examiners coming in and raising red flags about their marijuana related business accounts. The guidance memos from FinCEN and the Justice Department don’t provide a safe harbor. Even if the bankers do everything they’re told to do, there’s no guarantee they won’t be penalized for it under a new administration. Also, establishing a compliance program just for one industry is a big up-front cost for the banks — so much so that even with relatively high fees the accounts still may not be profitable. So, given both regulatory and profitability uncertainty, both of which may be cleared up over the next year or two, most banks will continue to avoid the industry.

Leafly: Is there an advantage to a banker to be a first mover in this area?

Kemmerling: At this point, not really. Right now, the financial and human capital costs to set up MRB accounts, and continually monitor them, don’t justify the perceived risks. And this is an industry, from a banker’s perspective, that might go from a billion-dollar business to zero under a new administration, as unlikely as that may be. More likely, it could go the other way. If marijuana becomes federally legal, banks could then jump into the industry [and open accounts to MRBs] with potentially much less capital cost and regulatory risk. Although I do expect current first mover banks to get some benefit from customer loyalty, in my opinion competition will quickly eat into that. So expect the vast majority of banks to continue taking a wait-and-see approach.

Leafly: What will it look like after federal legalization?

Kemmerling: One of the biggest misconceptions about marijuana banking is the expectation that if federal legalization arrives, most banks will rush into the industry. I don’t want to sound like a Negative Nancy, but in my opinion, that’s not going to happen. Do this: Google “bank de-risking” and “Operation Choke Point“, which was a Justice Department initiative a couple years ago that investigated banks for opening accounts in industries considered high risk for money laundering — areas like payday loans, pawn shops, firearms sales and coin dealers, even though the industries are legitimate and legal. As a result, some businesses in these industries reported experiencing trouble opening or keeping bank accounts.

The Justice Department and FDIC got into some trouble for that operation and have since pulled back, but it serves to highlight the risk that banks take with any industry deemed high risk. I expect a lot of bankers will continue to keep marijuana-related businesses in the high-risk category even if it’s federally legalized. Furthermore, I think bankers still have to do “enhanced due diligence” on MRBs, which means a higher level of scrutiny for the client and a higher level of scrutiny from the bank examiners. So if and when things change at the federal level, I still think marijuana will remain an under-banked industry with higher fees.

Leafly: Does that open a niche market for a bank that can specialize in these accounts and lower those fees?

Kemmerling: I’m skeptical about a first-mover advantage, but if federal legalization happens, there may be an opening for financial institutions specializing in the unique risks and compliance challenges posed by the marijuana industry. But expect higher fees. In a way, that’s what Fourth Corner is trying to do right now.

Leafly: And so far getting blocked by the Federal Reserve.

Kemmerling: Yes — and the NCUA for depository insurance. The fact that it’s a credit union focused on what’s currently a federally illegal industry is Fourth Corner’s main problem, obviously. But it’s also relevant to know that they’re trying to enter the banking sector at a time when it’s been difficult and rare to open any new banking institution at all.

Leafly: How do you mean?

Kemmerling: In 2014, more than 550 credit unions closed. Since 2010 there have only been three new banks opened in the entire country. That’s it. That’s a function of the 2008 financial crisis and current very low interest rates, among other things. And then from a risk perspective, Fourth Corner would have a tough time of it even if marijuana was a federally legal business.

Kemmerling: It’s complicated. Credit unions have a “common bond,” such as employers or geography, but they aren’t supposed to have too much exposure — in other words, loans — to any one industry. For example, although WestStar Credit Union in Nevada serves casino employees, I don’t believe all of its business accounts or loans are solely casinos. Regulators will look at this and examine banks’ customer and loan portfolios. So with Fourth Corner, you’ve got people wanting to start a new credit union during a time when no one is really doing that, your accounts will be almost completely drawn from a single industry, and that industry is federally illegal. It fails all three of those sniff tests.

Leafly: What about alternative payment systems: Bitcoin, PayPal? Are those possible alternatives?

Kemmerling: Maybe. But alternative payment systems seem like short-term workarounds that will go away if and when marijuana is federally legalized. From a consumer’s point of view, it’s a lot easier to just use your debit or credit card versus going through the trouble of using something else. Most of the companies I’ve seen in this space operate as “closed-loop” payment systems, which is basically how PayPal operates. In a closed loop system, the consumer first funds his or her account, and then uses it to purchase from a retailer, who then uses its account to purchase from suppliers and vendors. All the cash stays within the system and moves from account to account on a spreadsheet. But to make a closed loop system work, you need to create what’s called a “network effect,” which means you have to convince a lot of consumers, MRBs, and vendors and suppliers to get on board with it. Also, the alternative payment company itself is going to need a bank account and become a registered money service business in every state it plans to operate in, neither of which are a given. After all, if a bank isn’t going to give an account to a MRB directly, why would it give one to an alternative payment company working with MRBs? Even as I say this, I’m aware of a number of companies trying to do exactly this, so perhaps I’ll be proven wrong.

Leafly: When you look for best practices right now, where are you finding them? What’s working?

Kemmerling: Washington state is a good example of a legalized state trying to help its marijuana industry get banks accounts by providing data. The state agency [the Washington State Liquor and Cannabis Board] publishes data that includes a licensee’s sales, inspection history and their violation history, which are necessary under the current guidance. So it’s much easier for a bank or credit union to compare those sales reports to the client’s deposit and the industry as a whole to identify potential anomalies indicative of illicit activity. For example, if a MRB is doing $100,000 in sales a month but depositing $300,000 a month, the banker needs to know that and start asking questions.

If a state is serious about helping their marijuana industry find banking services by helping banks meet their compliance burdens, they should look at Washington’s model. In Arizona and New Mexico [which are both medical marijuana states] they don’t even publish a list of dispensaries, let alone sales numbers or inspection histories. Banks need both company-specific and broader industry data to perform effective due diligence.