How It Feels to Get Lost in a Hemp Maze

Lukas HurtAugust 31, 2016
Share
Share on Twitter   Share on Facebook
Print
Have you ever dreamed of wandering through a two-acre labyrinth made of cannabis plants nearly 16 feet tall? Even if you had, you probably never imagined it alongside a Jamaican-style beach bar complete with hemp beer, homemade soda, and fresh local trout prepared with hemp seeds. Dream no more. Vranč, a hemp farm and labyrinth in the southern Czech Republic, has it all.

Radek and Luboš Bačovský, brothers in their early forties, decided about a year ago that it was high time to start chasing their dreams. And the brothers dream big. Cannabis has been part of their lives for years, especially after they experienced the medical potential of cannabinoids both firsthand and in hundreds of people around them.

The Bačovský brothers wanted to create something original that would attract not only cannabis enthusiasts but would also draw ordinary people who might have negative associations with regards to the plant. Their goal was to show how beneficial the plant can be both in terms of health and medicine and as an ecological, sustainable way of life.

The pair bought a stretch of land and a run-down farm in the hottest part of the country and started to grow hemp, which is legal in Czechia provided the plants don’t exceed 0.3 percent THC. Then the brothers built a picturesque “Jamaica State,” consisting of reed beach huts, a bar modeled from a replica Jamaican ship, and tons and tons of beach sand. The “state” borders the most distinctive feature of the farm: a vast hemp maze with nearly two miles of interconnected footpaths — and just a single exit. 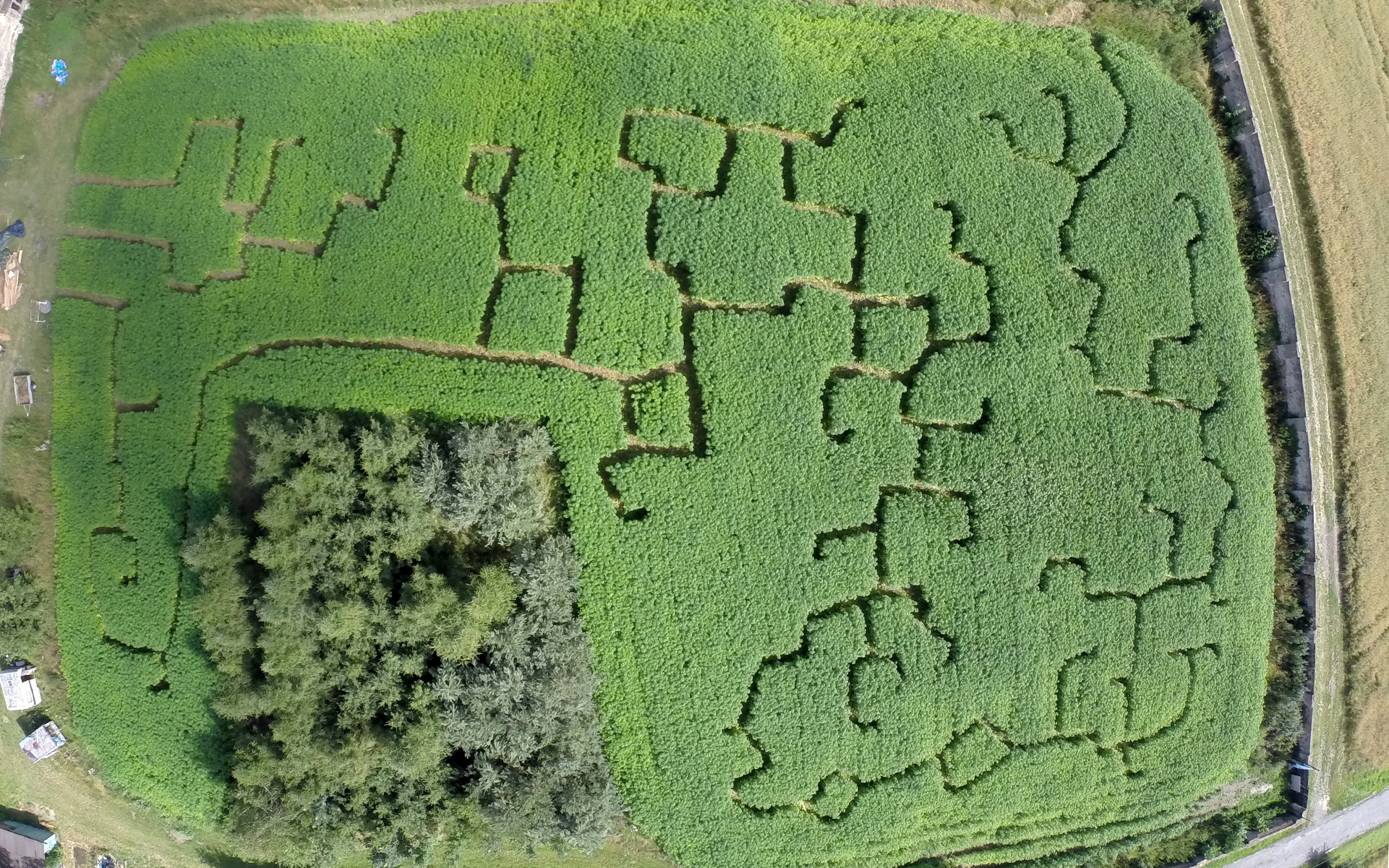 An aerial view of the farm’s most distinctive feature: a two-acre hemp labyrinth. Photo via Lukas Hurt

“We first opened our farm and labyrinth to the public last summer, and when the season was over, we harvested and processed everything in cooperation with local producers of hemp goods,” Radek, the younger of the two brothers, told Leafly. “During winter and spring, we improved and enlarged the whole area: We bought an extra 50 tons of sand, planted palm trees, installed aquariums with the biggest freshwater fish in our region, acquired Cameroonian goats and one Australian kangaroo. This season we’ve seen the number of visitors increase tenfold.”

The biggest attraction, if you can tear yourself away from the Cameroonian goats, is undoubtedly the hemp maze, which takes 20 to 40 minutes to complete. Some people get totally confused and give up, or they break the rules by running out through the plants. One visitor, Gabriela, said she drove 100 miles with her boyfriend to experience the maze. “What makes this place so special is the genus loci — an oasis of peace and all things cannabis.”

The project’s early days weren’t always easy, Radek recalled. “When we came here, the locals were afraid this ‘marijuana thing’ would attract people of doubtful repute and — to say it openly — junkies,” he said. “But they soon realized that all our visitors are nice people, predominantly families with small children who love it here. Even the mayor comes here with his kids every now and then.” 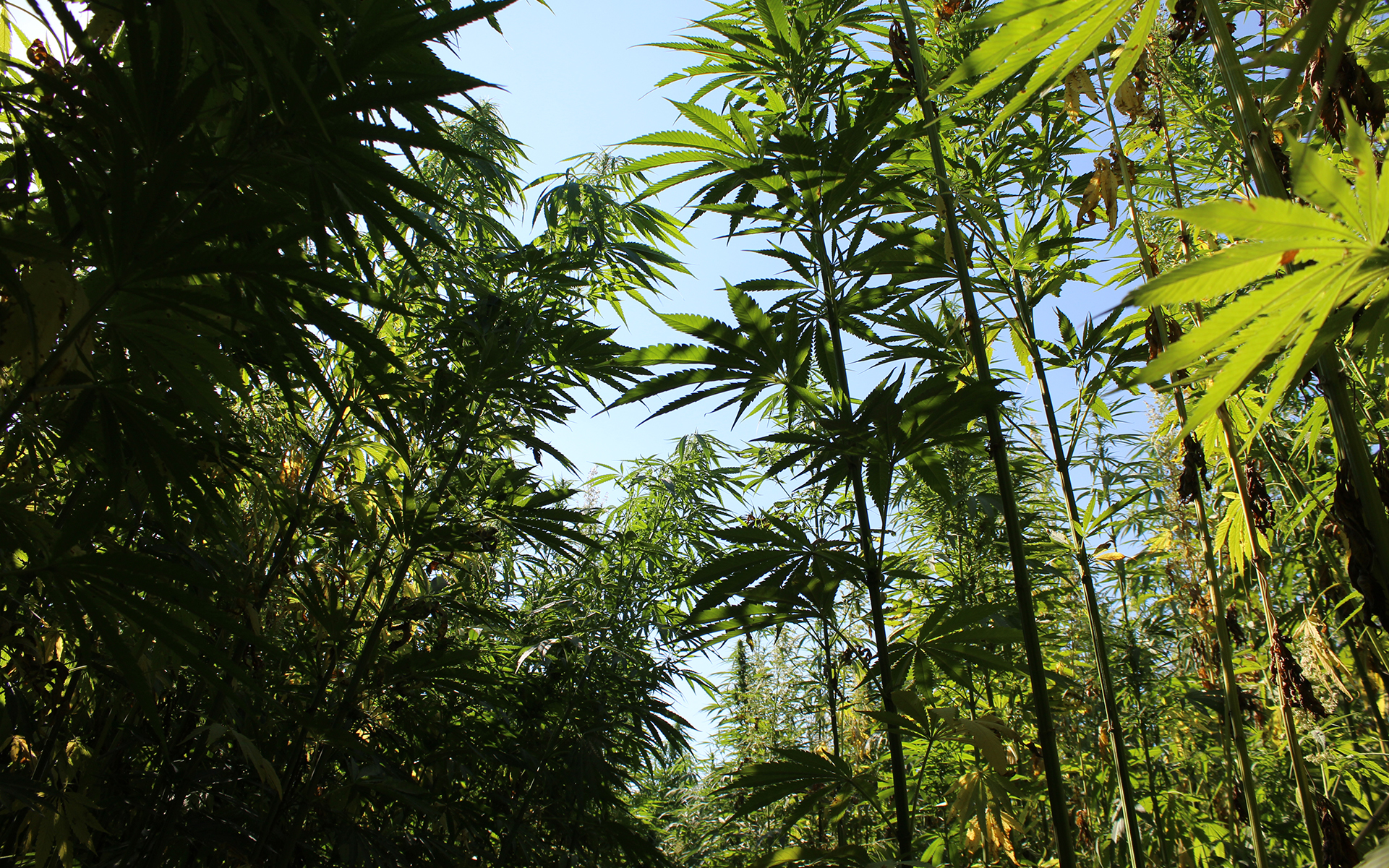 Inside the hemp maze, cannabis plants tower up to 16 feet in the air. Photo via Lukas Hurt

After finding their way out of the maze, visitors can have a rest at the bar and choose from a menu of about 40 different dishes, all containing, in one form or another, locally produced and manually harvested cannabis. What’s more, all the food and drinks are produced locally and in a sustainable manner, from the fish and sausages to the potato chips, sodas, and beer. Combine all that with pleasant reggae music, the nature surrounding the farm, the attentive staff, and the friendly visitors, and a visit to Vranč can easily be anyone’s cannabis experience of a lifetime — even without getting high.

The farm festivities draw to a close after the first weekend in September, when the hemp harvest begins. But not to worry: Thanks to the passion and enthusiasm of the Bačovský brothers, their family, and friends, the Vranč hemp farm and labyrinth will be back next summer in all its endearing glory. 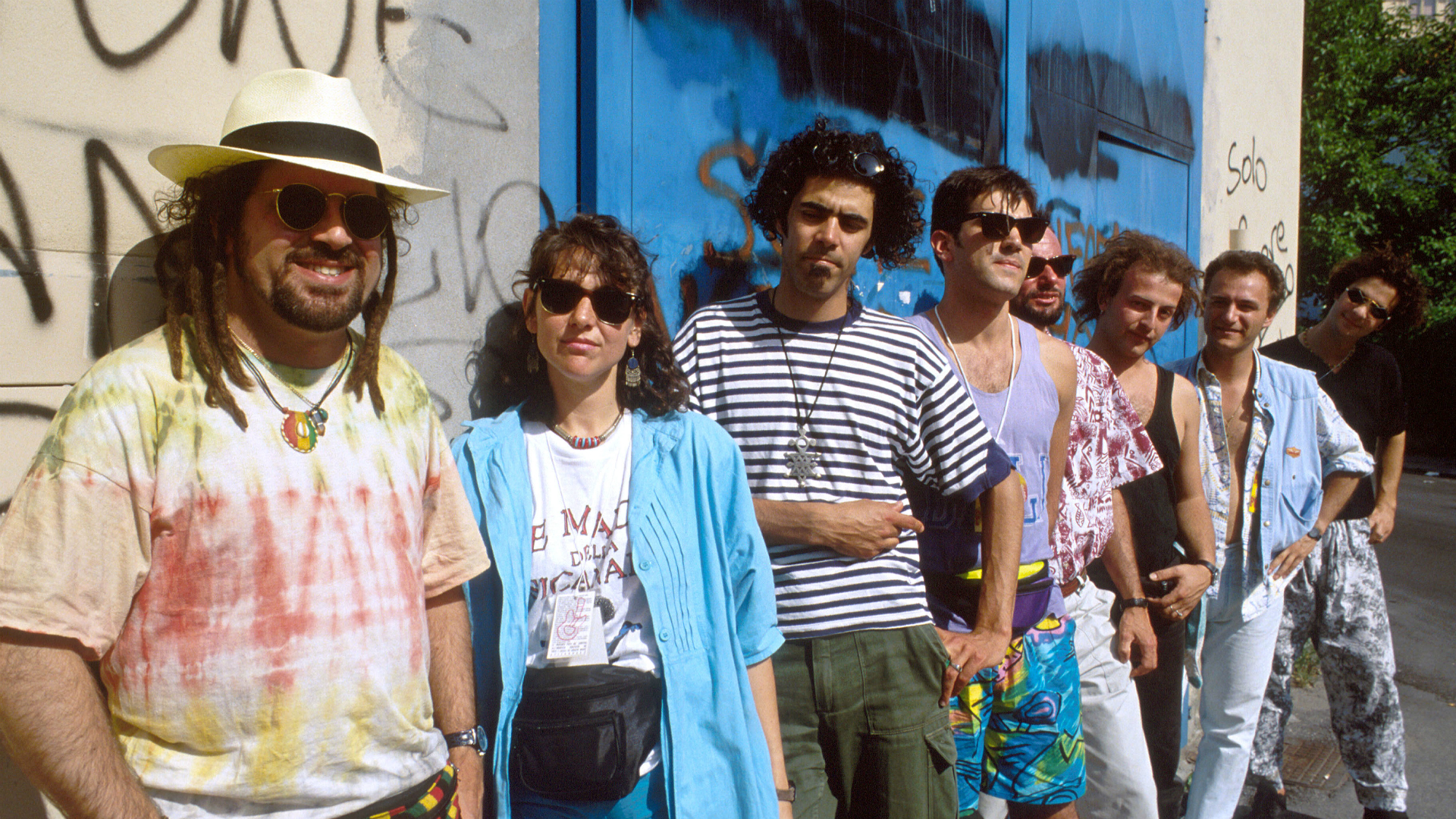 Reggae in Venice: The Story of Italy’s Edgiest Pro-Cannabis Band 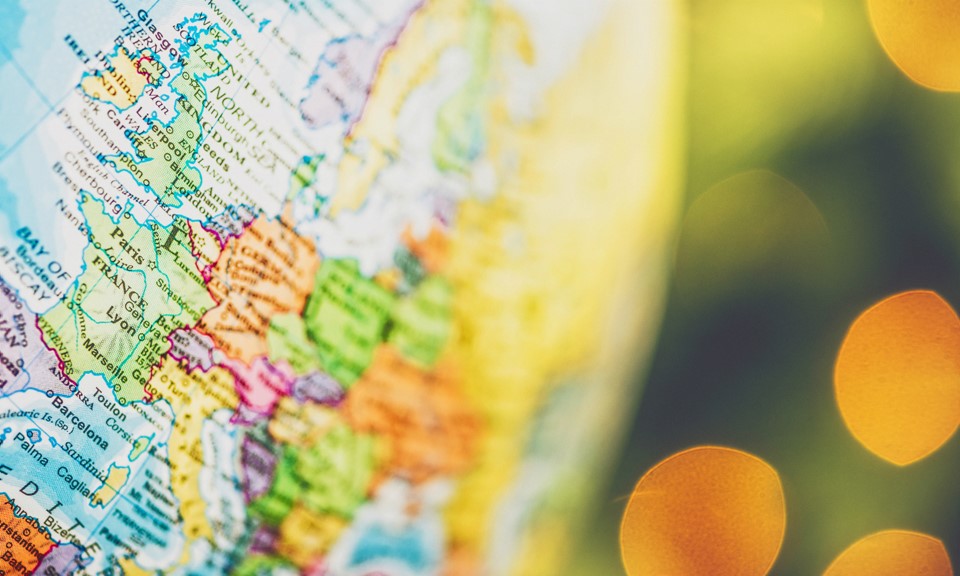 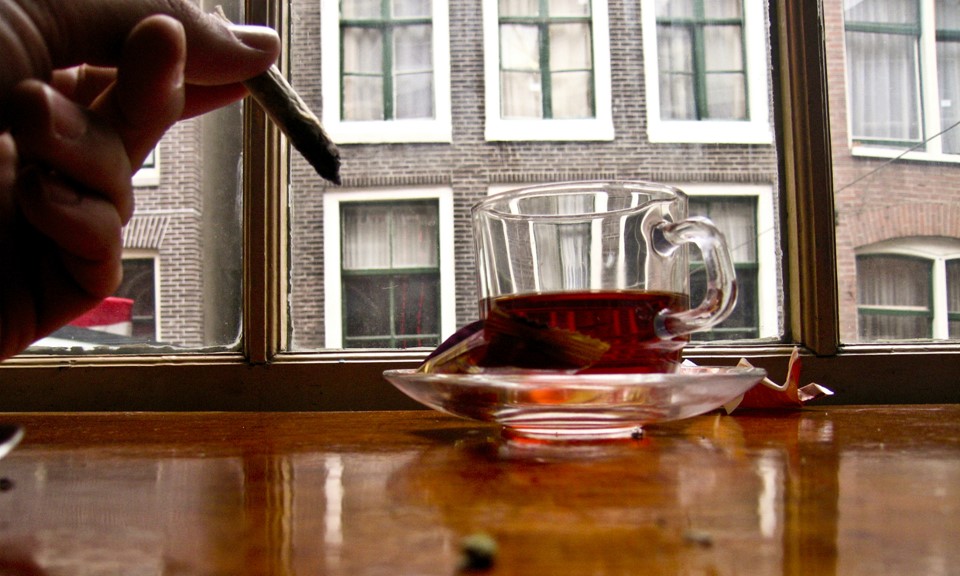 Where to Buy Cannabis in Europe? Coffeeshops vs. Cannabis Social Clubs

Politics
Where to Find Cannabis When You’re High in the Italian Alps
Politics
Are Tourists Allowed in Dutch Coffeeshops? The Strange Tale of the ‘Weed Pass’
Lifestyle
5 Myths About Cannabis and Coffeeshops in the Netherlands