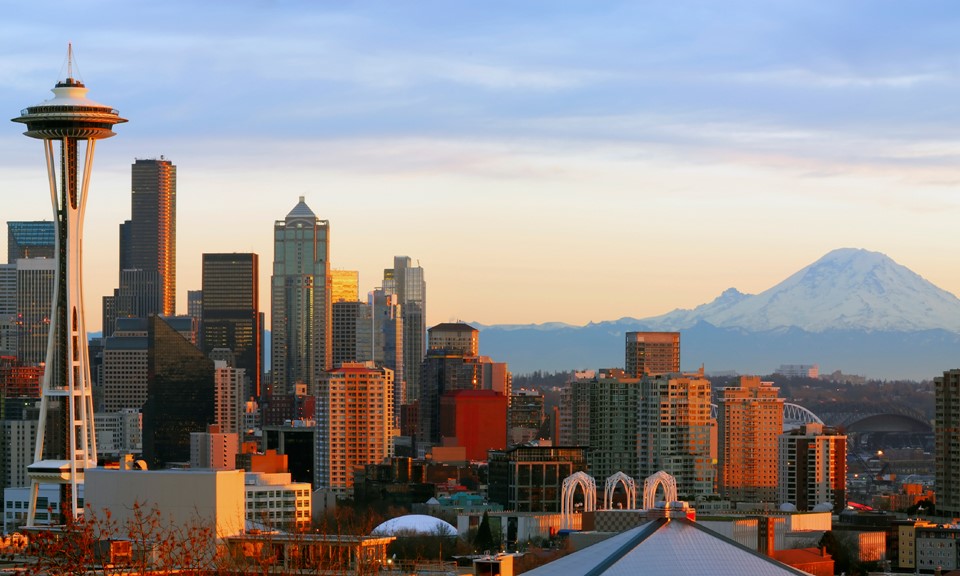 Welcome to Leafly’s travel series, our definitive 24-hour cannabis-infused guides to the best cities in the world.

Call me biased as I write this from the historic heart of the city itself, but Seattle is ahead of the game on a lot of things. Social values are progressive; music scenes of all genres thrive here; tech giants and startups bring big ideas and talent to town; the coffee is some of the best in the world; cultures and cuisines of all kinds collide; outdoor activities abound; the natural beauty is breathtaking; oh yes, and cannabis is totally legal.

While the Emerald City is beautiful year-round, the best time to visit is between May and October. Forget all the rain-powered stereotypes ­– when the sun shines (and it does, for the majority of the summer), the whole metropolis comes out for boating, beach picnics, bonfires, and more – and trust me, you want to be here (and high) for all of it.

For the record: When I-502 made recreational cannabis legal, Seattle cops celebrated by handing out Doritos at Hempfest.

At 4:20 p.m., you are: Admiring the airy space and the array of strains at Dockside Cannabis in Seattle’s SoDo (south of downtown) neighborhood. 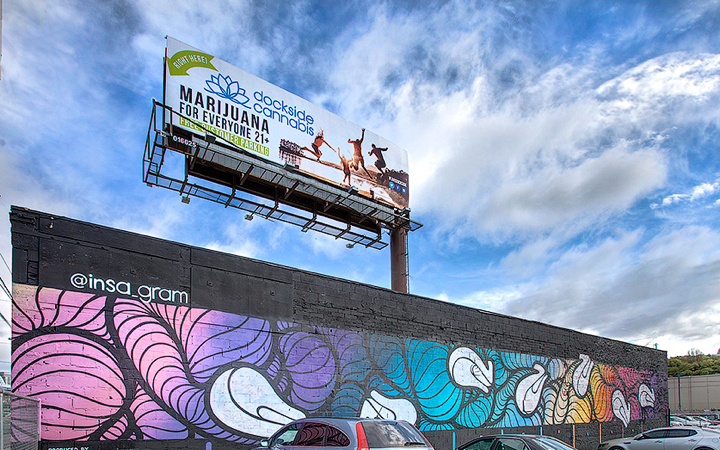 It’s on your way into the city from Sea-Tac airport. In addition to picking up a vape pen and cartridge (it’ll come in handy at your hotel), we recommend ordering off the curated “blends” menu, which offers package deals designed to pair with certain excursions – for instance, an infused soda and cookies perfect for an afternoon picnic.

While you’re here: Be sure to browse the miniature on-site cannabis museum before you grab a cab to your accommodations.

At 5:20 p.m., you are: Checking in at Bacon Mansion, a cannabis-friendly B&B in Seattle’s most happening neighborhood, Capitol Hill. 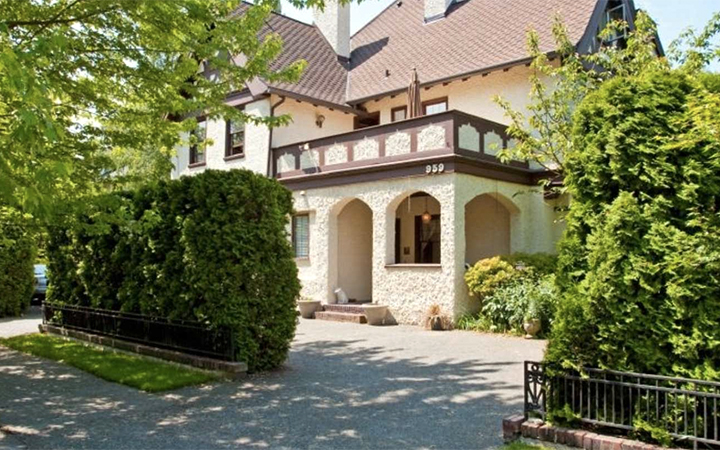 Before you get overly excited imagining all-you-can-eat bacon buffets, be advised that the stately Tudor is named for its architect, Cecil Bacon. However, the cannabis-friendly part is no empty promise – guests may vape in their rooms, or smoke on the porch as they please. We recommend doing just that before heading out for the evening.

At 6:20 p.m., you’re strolling: Down Broadway (of “My Posse’s On Broadway” fame), the main north-south drag through Cap Hill, and stopping for a shot in a paper cup at the Espresso Vivace sidewalk bar. 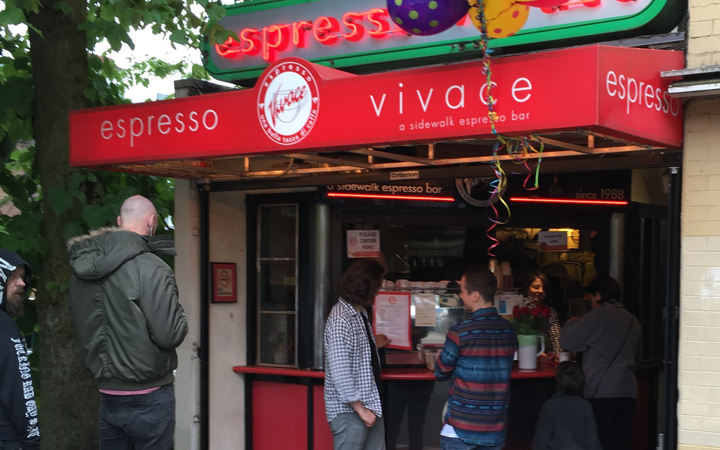 In a city famed for coffee, Vivace is one of the few indisputable crown jewels: not only do some suggest that its espresso is the world’s best, American latte art was born here all the way back in the 80s.

Fun fact: Locals love the combination of THC and caffeine so much, it’s called a Seattle speedball.

At 6:50 p.m., you’re marveling over: The selection at The Elliott Bay Book Company.

Since 1973, this beloved local family-owned bookshop has offered a huge selection of brand-new books as well as bargain copies, and hosted an immense number of authors (from rookies to presidents) for talks, readings. and signings.

Insider tip: Seattleites are friendly yet famously introverted, so the best way to blend in is to pretend you don’t want to talk to anyone as you people-watch surreptitiously over the pages of your page-turner.

At 7:20 p.m., you are: Next door at Oddfellows Café + Bar, one of superstar restaurateur Linda Derschang’s many local properties. 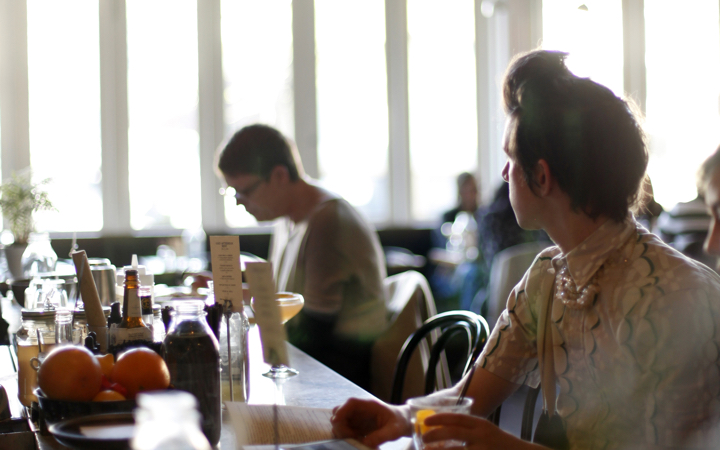 It’s quintessentially Seattle: the elevated comfort food menu, printed on compostable paper, is peppered with organic, seasonal, sustainably sourced ingredients from local purveyors; hipster and artist types fill the benches and chairs; and the historic space has been referred to as Capitol Hill’s living room. Assuming it’s nice out, snag a table on the secret brick-walled back patio.

At 9:00 p.m., you are: Trying to keep your jaw from dropping as you walk in the door at nearby Canon, which houses the largest whiskey collection in the Western hemisphere. 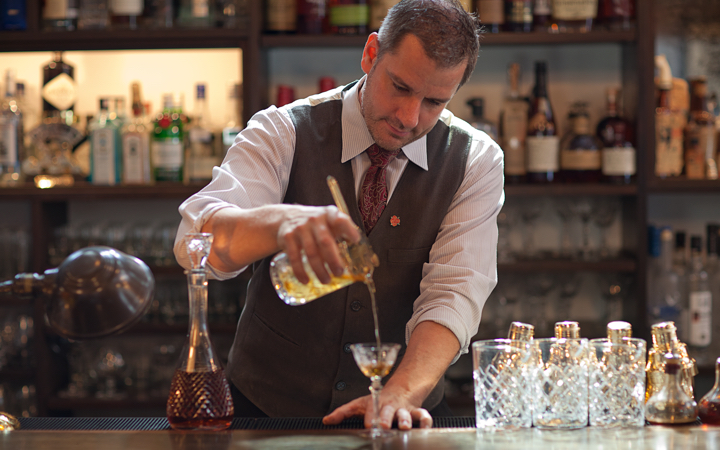 There’s a good chance it’ll be crowded, but belly up to the bar (tinted with Angostura bitters rather than wood stain) and watch the bartenders stir and shake up some of the best cocktails in the world.

What you’re ordering: The Campfire in Georgia cocktail. I’m not going to spoil the surprise, but trust me – it’s worth it.

At 10:00 p.m., a bouncer is: Letting you into Neumos Crystal Ball Reading Room (just call it Neumos). 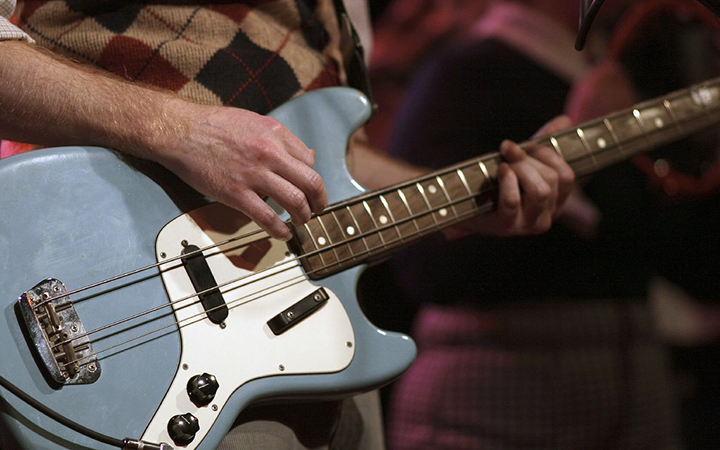 This concert venue’s location at the intersection of 10th and Pike marks the epicenter of young Seattle, and serves as the beating heart of the city’s independent music scene. The grungy interior is part of the charm, and there’s a band on the schedule every night of the week: browse upcoming shows and buy tickets ahead of time here.

Take note: The quiet-ish section of 10th between Union and Pike streets is a good place to re-up on your vape pen.

Around 11:30 p.m., grab a 10-minute cab or rideshare and head to the Pacific Science Center for the next attraction (don’t push the timing on this one, as there’s no late seating for the midnight show)…

At 12:00 midnight, you are: Lying back on the sloping carpeted floor of the Laser Dome at the Pacific Science Center, ready to be engulfed in 15,000 watts of digital sound. 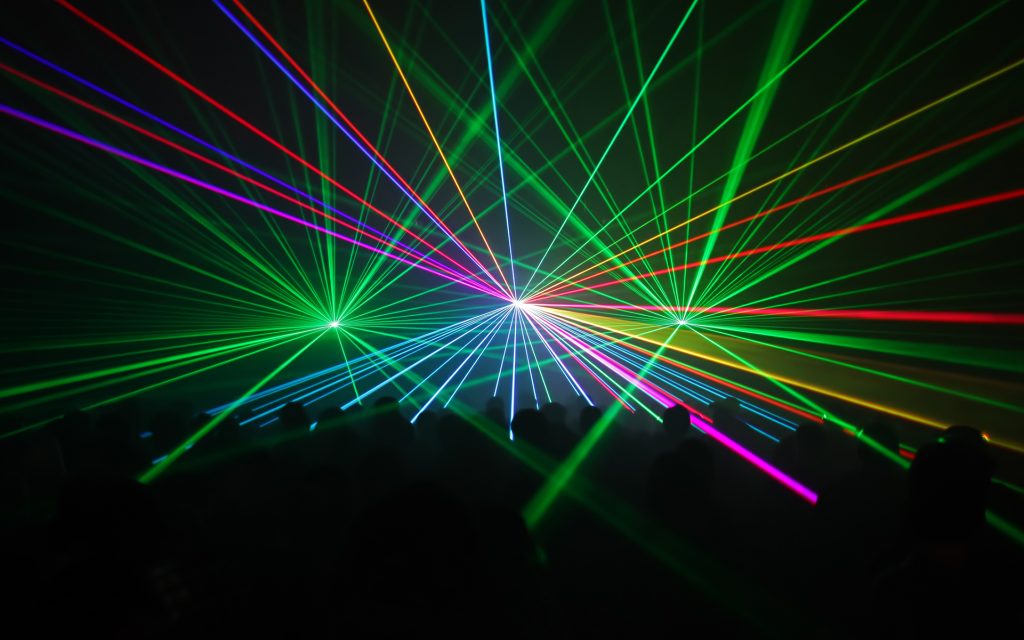 Spanning 80 feet of concave ceiling space, you’re beneath the longest-operating and largest domed laser theater in the world, and it’s pretty tailor-much made for cannabis consumers. Case in point: Laser Floyd – The Wall plays here every Friday and Saturday night at midnight. Better yet, tickets only cost $12.

At 1:30 a.m., you are: In a cab or rideshare headed back in the direction of Broadway, and desperately in need of munchies. At this point, you have two equally tantalizing options. Half a mile south of your B&B is the beloved Dick’s Drive-In, which has been slinging classic burgers, fries, and shakes since 1953 (note that no substitutions are allowed). Those who don’t want to break the bank, rejoice: a hamburger here is $1.40.

Walk a bit further south of Dick’s to Broadway’s intersection with Pike Street, and you can find a mess of street vendors serving up the city’s signature 2:00 a.m. dish: a five-dollar Seattle Dog grilled at a sidewalk cart, pressed into a cream cheese-smeared bun, topped with caramelized onions and jalapeños, and smothered in mustard (sauerkraut optional). There are about eight of these carts within a two-block radius, and any one of them will do the trick. 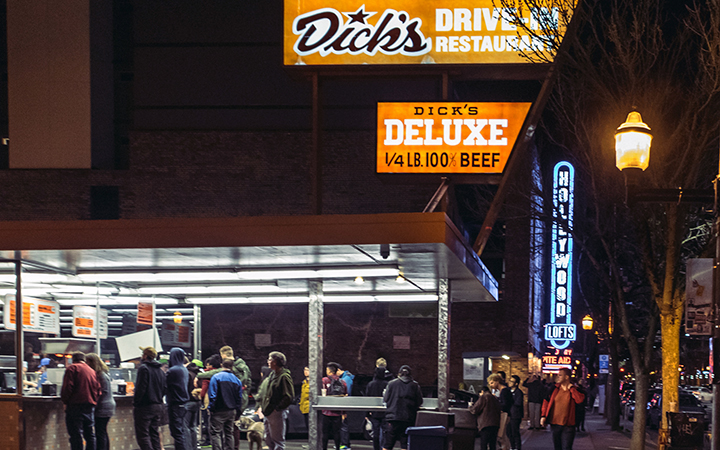 The third option? Follow your heart stomach and eat it all. 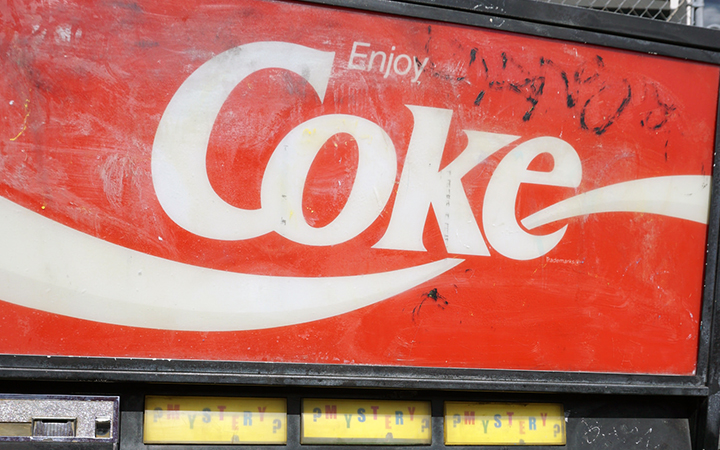 No one knows how it got there or who keeps it stocked, but the real mystery is what you’ll get when you insert 75 cents and push the “Mystery?” button. Go ahead – try it.

At 10:30 a.m., you are: Waking and vaping. Why not? You can do that in bed. You’re also hungry, so once you’re up, head on down the street to Americana for a hearty brunch. 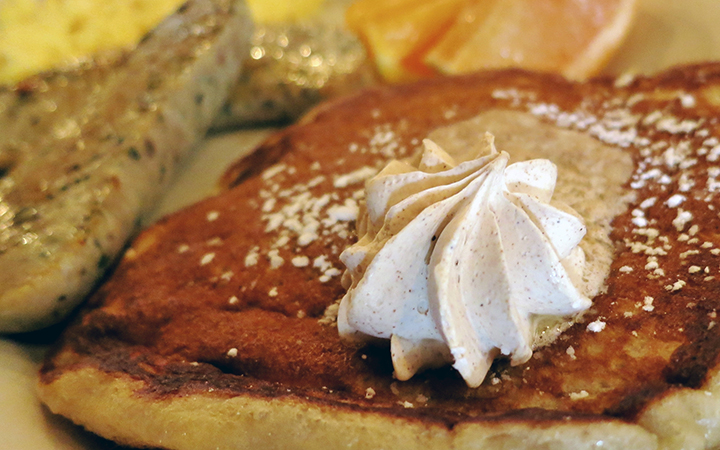 There are always compelling weekly specials, but sometimes you just have to go with the maple-glazed pork belly, served alongside a corn and mozzarella pancake and scallion scrambled eggs.

Pick up a bottle of Drift sublingual spray (a fun, fast-acting alternative to smoking or vaping), a few pre-rolls, and a couple of mouthwateringly delicious Goodship Cookies (whose packaging is so subtle you can take them, and eat them, pretty much anywhere). Then grab a cab back on down to Lake Union. 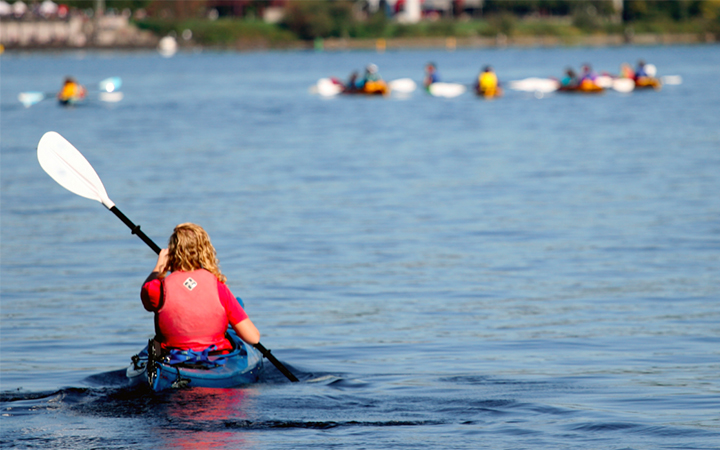 Float around on your knees a bit to get your bearings, then take a stab at standing (it’s easier than you think). Paddling across the lake takes about 20 minutes (barring strong breezes) and you’ll be met with views of the Space Needle, Mount Rainier, and Gas Works Park. Be sure you bring those pre-rolls and a lighter – on a sunny day, there’s nothing better than lying back on your board, lighting up a joint, and savoring your surroundings.

What to bring: You’ll need an ID for rental collateral. Dry bags are available for your shoes and valuables. Though it’s unlikely you’ll fall in, it’s not impossible, so wear clothes you don’t mind getting wet.

At 2:45 p.m., you are: Feeling good about spending money at Miir, a one-of-a-kind store/craft beer bar/coffee shop in Wallingford (just north of Lake Union) where every purchase funds a “trackable giving project.” 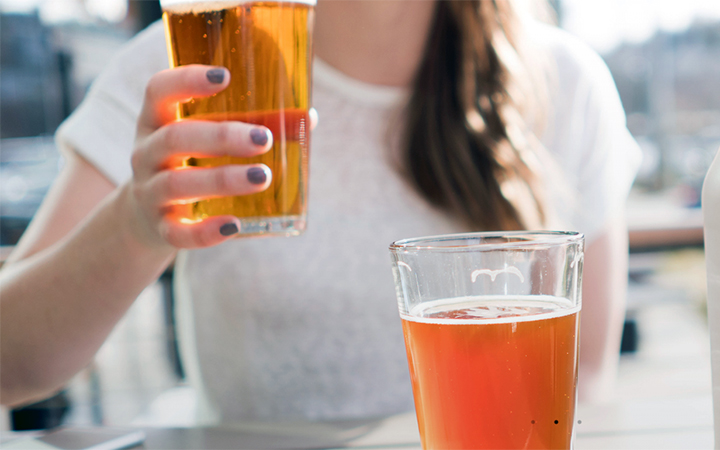 Picking up an insulated growler or tumbler? Proceeds go toward providing communities with clean water access. Want to splurge on a beautiful bike? Miir donates a second bike to an individual without transportation. Whatever you buy, your receipt comes with a tracking number, and if you hold onto it for at least a few months, you can look the number up on the Miir website later to see GPS coordinates and photos of exactly how your purchase helped make a difference.

What you’re skipping: The elevator to the top of the Space Needle. Yes, the view is gorgeous, but the trip up is expensive, as is the bourgeois turning restaurant at the top.

At 3:20 p.m., you are: Strolling over to Seattle’s funkiest neighborhood: Fremont, also known as the Center of the Universe. Once an old-school hippie haven, the neighborhood has accumulated an eccentric collection of art over the years, and lends itself readily to a walking tour. 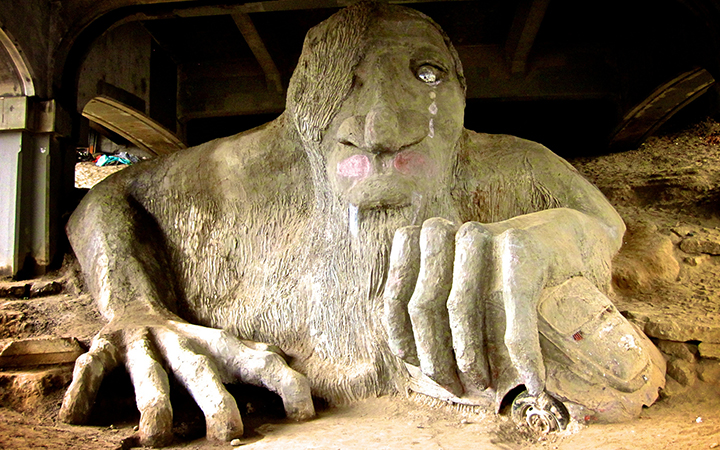 Attractions include a giant concrete troll clutching a VW Beetle under the bridge; a bronze likeness of local clown J.P. Patches; a massive statue of Lenin (rescued from Czechoslovakia after the Velvet Revolution); People Waiting for the Interurban (dressing them up is a favorite local pastime); a rocket; numerous celestial bodies; and two friendly topiary dinosaurs.

How to find them: This map may come in handy, but if you get lost, the Center of the Universe sign at 35th and Fremont can point you in the direction of the above points of interest, as well as Machu Picchu, Timbuktu, and the Bermuda Triangle. 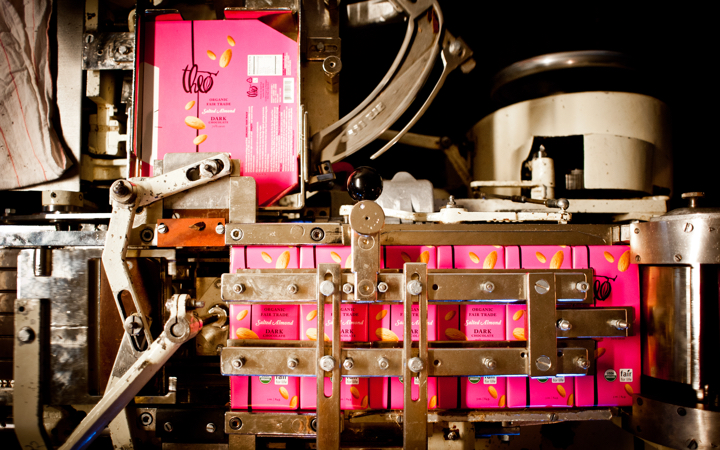 The tasting room at original bean-to-bar manufacturer Theo Chocolate (a block up from those topiary dinosaurs – just follow your nose) offers samples of their numerous bars, and they won’t frown at you for trying them all more than once – so don’t be shy.

Don’t forget: As we all know, chocolate pairs beautifully with cannabis, so pick out a few bars to bring with you when you head on your way. 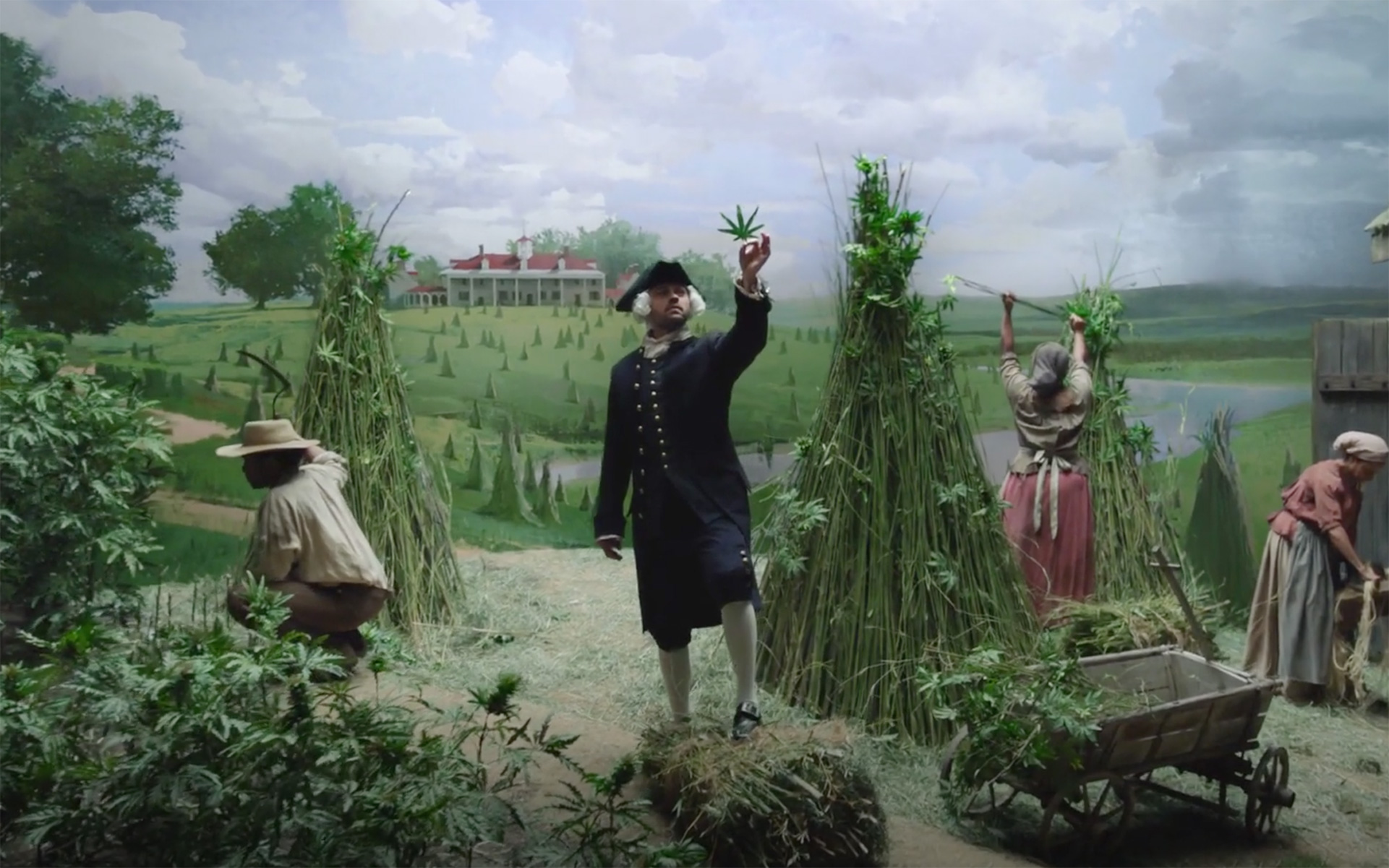 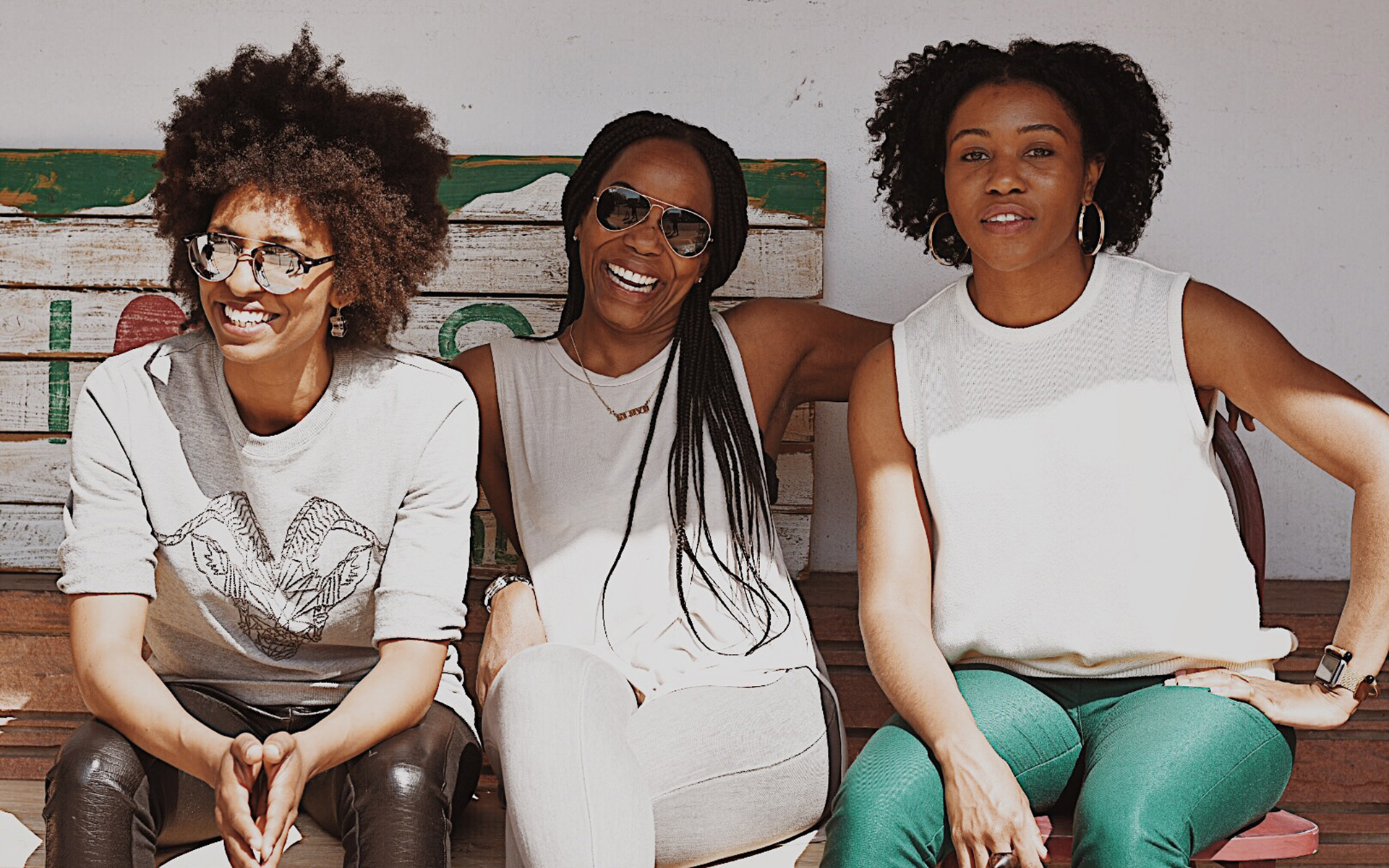 How EstroHaze Went From Black Enterprise to Black Cannabis 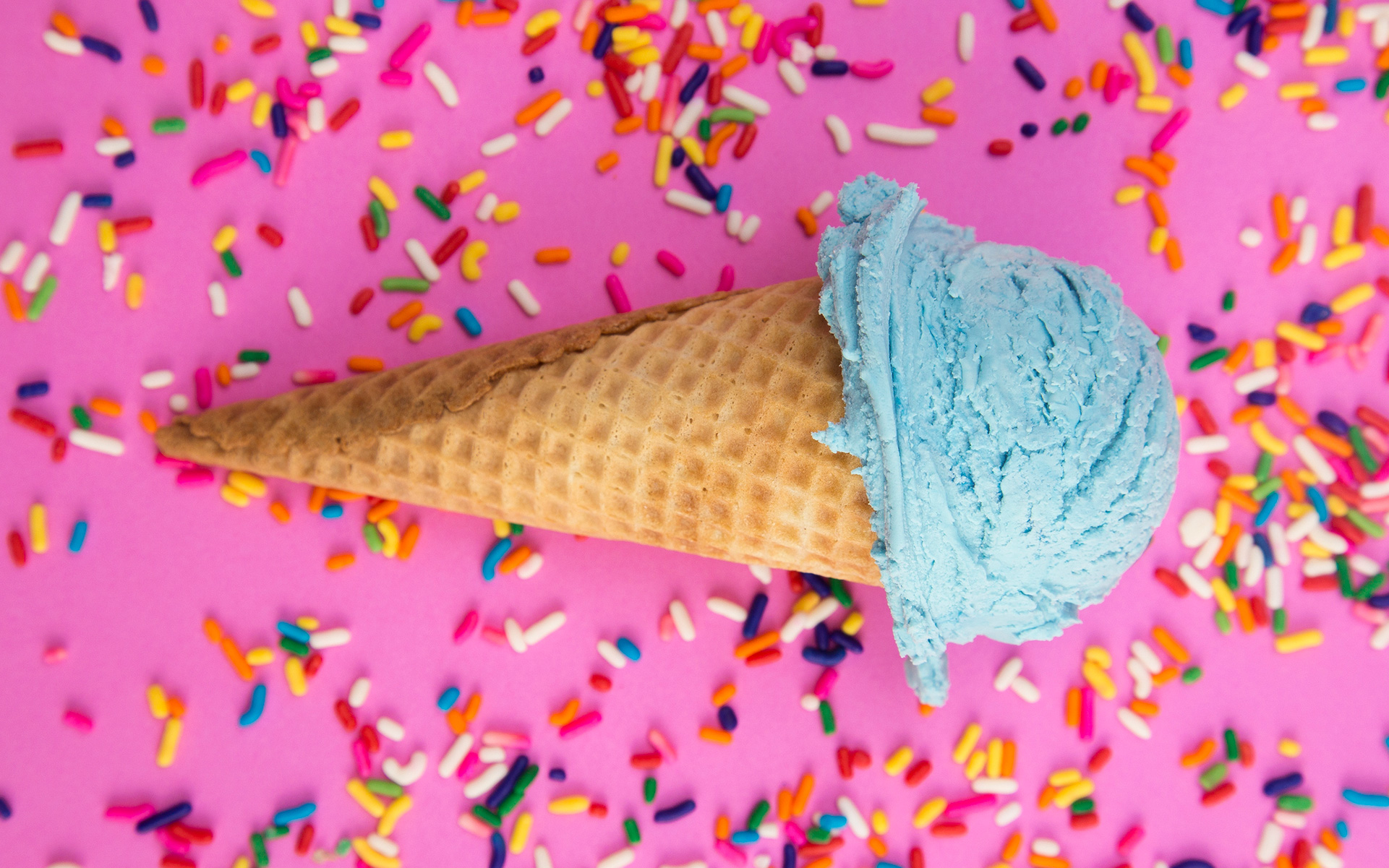