Once limited to just plant or butter form, the recreational market has opened up products like tinctures, vape pens, topicals, and much more. If you’re new to cannabis, or live in an illegal state, that alone may be news to you.

But there’s even more innovation going on in the cannabis industry, beyond the typical products. So we’ve rounded up product picks of some unusual forms of cannabis consumption.

Check out Leafly Pickup or Delivery for these products and more! 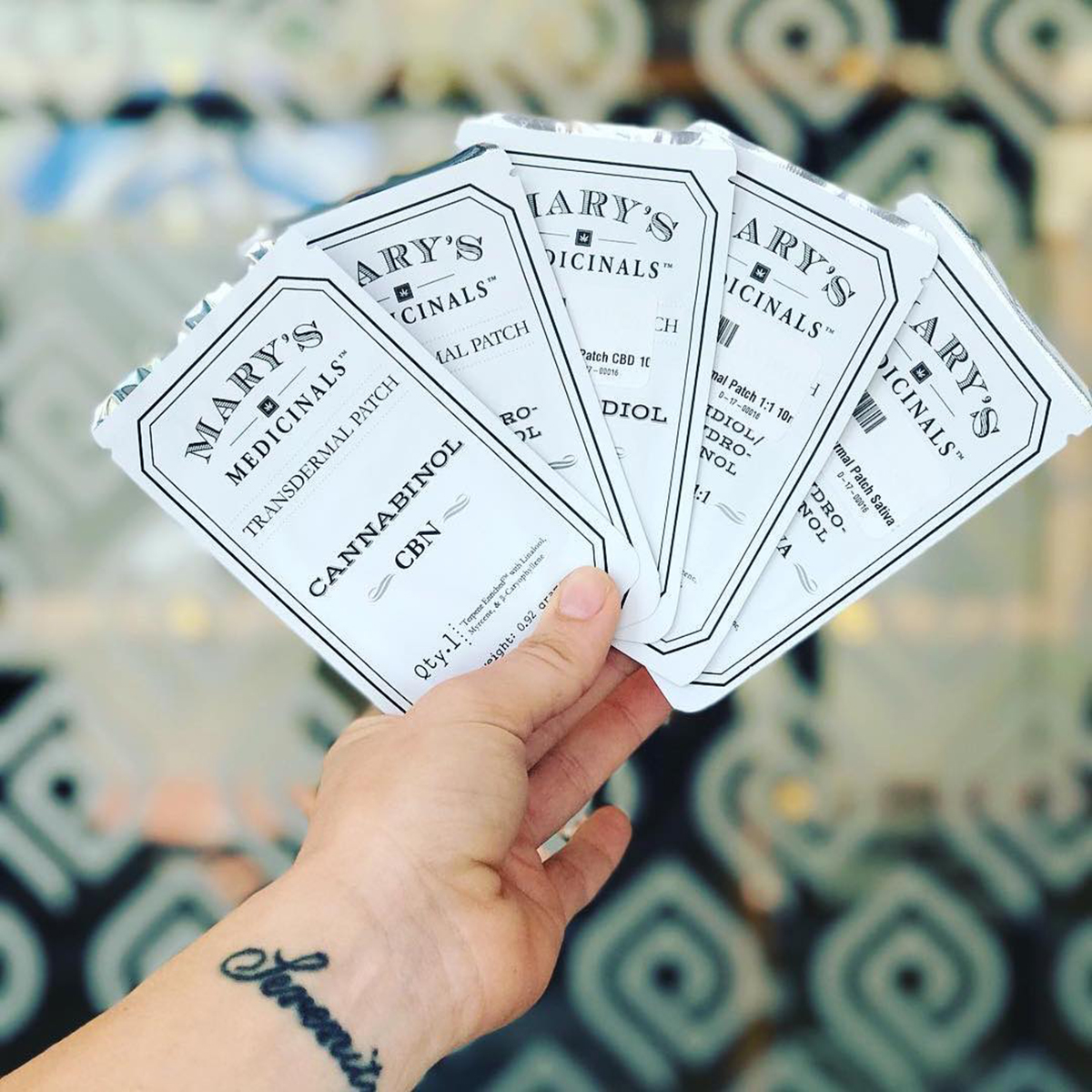 This product is a med consumer’s dream! These sticky patches are 2×2 inches, and meant to be placed on the skin somewhere venous, like on top of your foot or on your wrist. They release cannabinoids for up to 12 hours, which makes them great for sleeping—no waking up to take another pill or smoke another bowl with these guys.

They’re also dreamy for traveling—TSA agents may be getting hip to what a vape pen looks like, but they won’t be able to tell your canna patch apart from one that releases nicotine or birth control.

While the idea of chew gives many the icks, this product shouldn’t be disregarded for its similarities to tobacco products. The packaging looks like a regular dip tin, but when you open it, there’s little pouches inside. These pouches are filled with coconut fiber, essential oils, monk fruit, and a dry cannabis tincture.

As a Leafly reader, you probably know that holding a regular tincture in your mouth (instead of swallowing it) lets it absorb directly into your bloodstream instead of going through your stomach, which takes longer. Holding the canna pouch inside your cheek takes advantage of this process, leading to relief in 10-15 minutes, and releasing meds for up to 40. And the pouch is not visible. 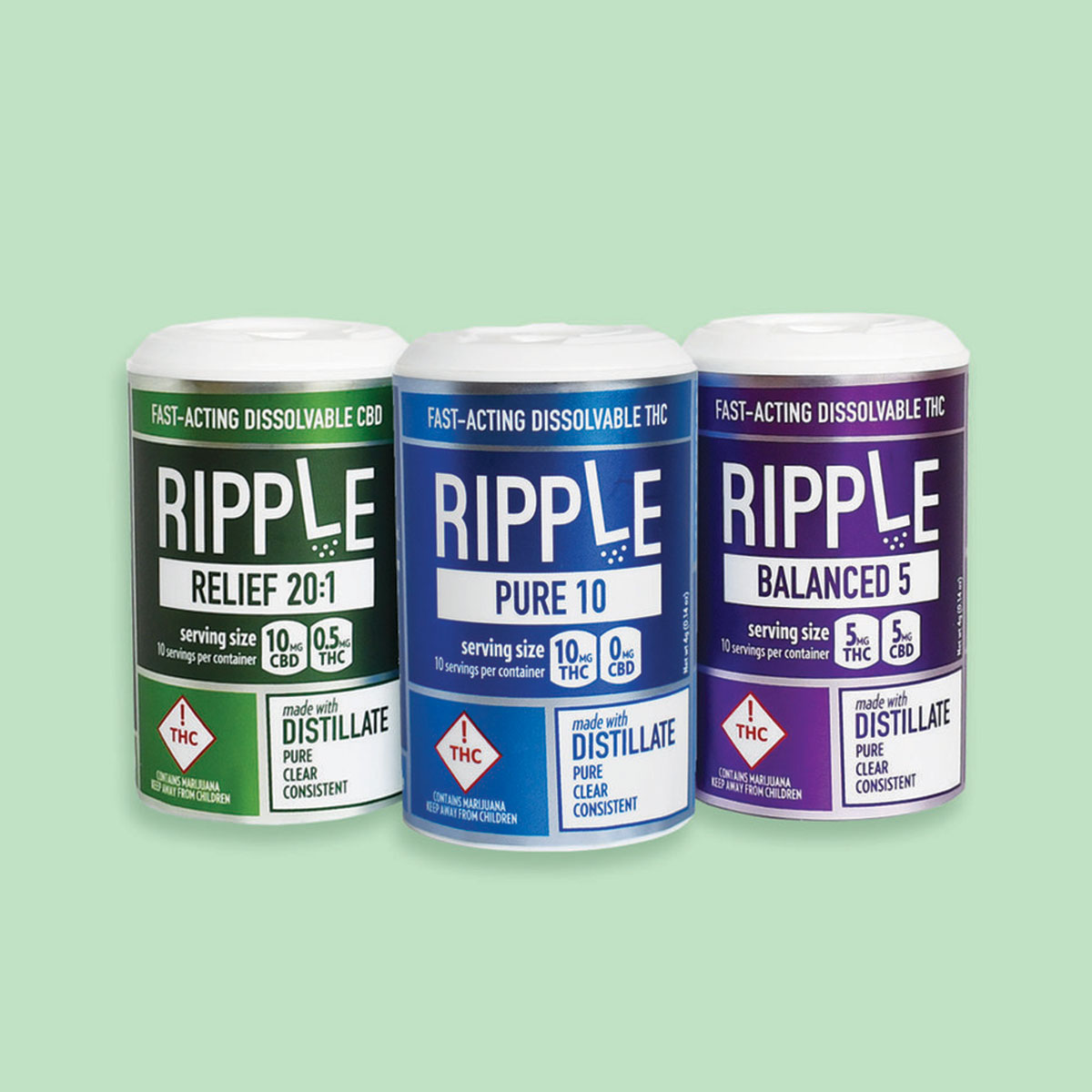 Ever wish you could just spike a drink or food with cannabis? Well, now you can! Ripple comes in single-serving packets of powder that are odorless, flavorless, calorie-free, dissolvable, and full of THC and/or CBD. This means you can add some to your water bottle, sprinkle it on your cereal, or add it into just about anything you can think of.

Ripple packets contain organic coconut oil, sorbitol, modified food starch, and cannabinoid distillates—so there’s nothing too crazy making that dissolvable magic happen. (Though sorbitol isn’t recommended in excessive amounts, so perhaps don’t add it to everything you can think of.) They also have a CBD-heavy variety as well as a 1:1.

In Photos: Watch the Creation of Edibles & Dissolvable Cannabinoids

Sometimes you want relief to hit quickly, and sometimes you want it a bit later. Pills, tablets, and capsules offer the delayed effects of edibles, but are quick ‘n’ discreet. Say you don’t want to be stoney for the getting-situated part of a concert, getting through security, finding a seat, etc.—but would like that soothing inside-out feeling of edibles once the show gets rolling. Just take it (or them) the second you park, and you’ll be chillaxed in time for the show.

Similarly, medical consumers can take advantage of this form of cannabis when they know they won’t have the ability to medicate. Say you’re heading into a long meeting and concerned that your pre-medicating won’t last through the whole event, you can pop this 10mg capsule before it starts.

And if the meeting’s uber-long, take another before symptoms hit again, feigning like it’s a regular ol’ Advil and not symptom-soothing THC. 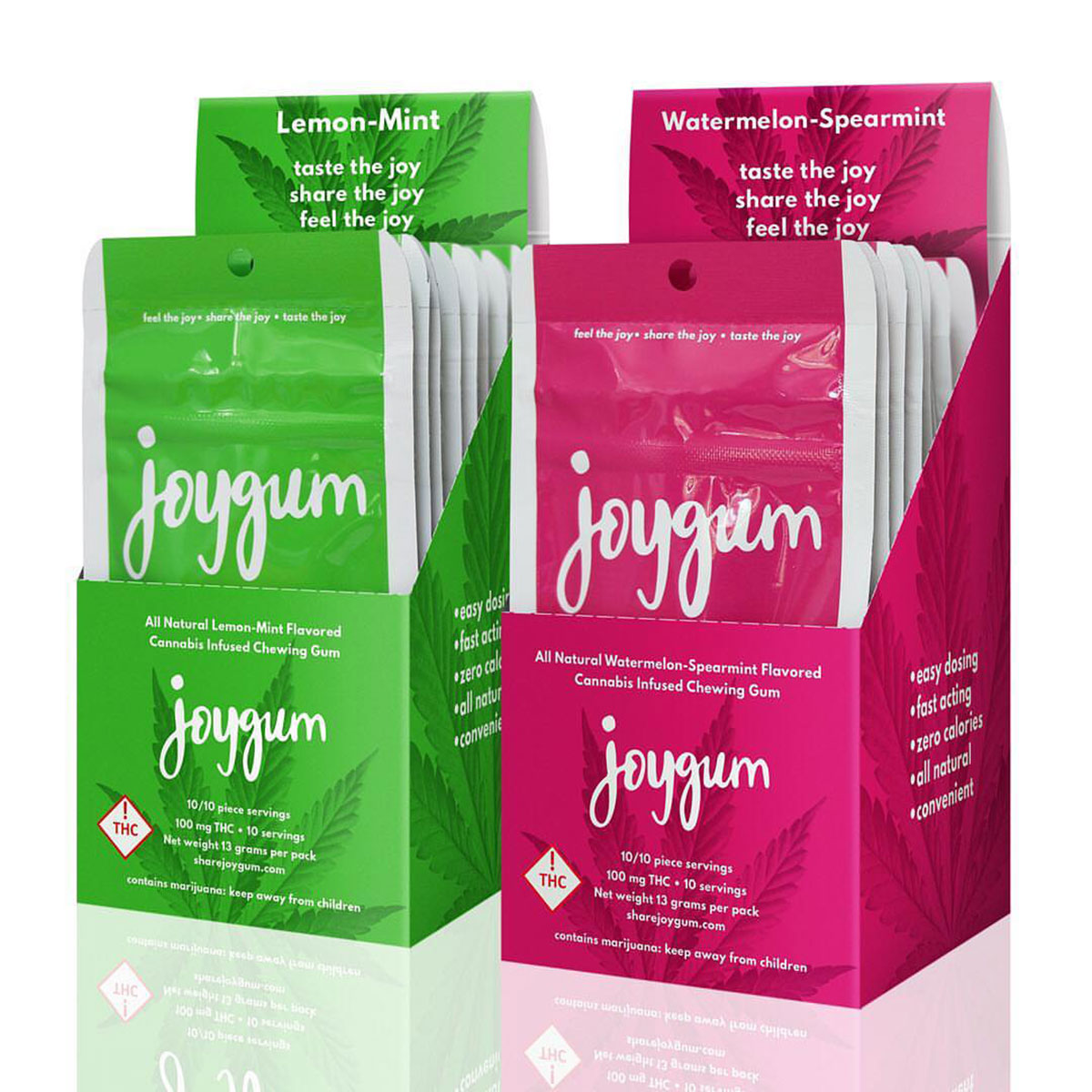 Chewing gum has never been so fun! Another super-stealth product, Joygum can get tossed in a bag—great for chilling out a plane ride, quelling unexpected symptoms, or spicing up an event that’s gotten dull.

Another one that absorbs through your mouth lining, this gum starts working in just ten minutes. It comes in 7 flavors with a variety of THC:CBD ratios.

And it must be mentioned that gum isn’t the only thing rocking it in the mouth-freshening-canna department! Menta Mints are another way to dose up whilst getting good breath, coming in four flavors, three with THC and one offering CBD as well.

Breath strips are another great option—the version by Escape Artists comes in Minty Mint and Sour Lemon, each with 10mg of THC.

Edibles dosage chart: How strong is your cannabis-infused edible?

These were formulated with female needs in mind, easing the pain and discomfort experienced with menstruation, and have become a godsend to thousands of endometriosis fighters.

But they can also be inserted into the other hole where the sun don’t shine, taking about 20 minutes to start providing localized relief (near the spine, through the rectum) for other types of pelvic pain, IBD, lower back pain, and sciatica.

Endometriosis is painful as hell. At least there’s cannabis

But when used this way, they’ve got some saucier benefits as well. If you’re interested in sensual activities involving this area, but the idea of it, umm, tenses you up, these are said to help relax things.

If that’s not for you, rectal use of this product also can help with both clitoral and penile arousal issues. They are meant to be used 30-60 minutes before sex. 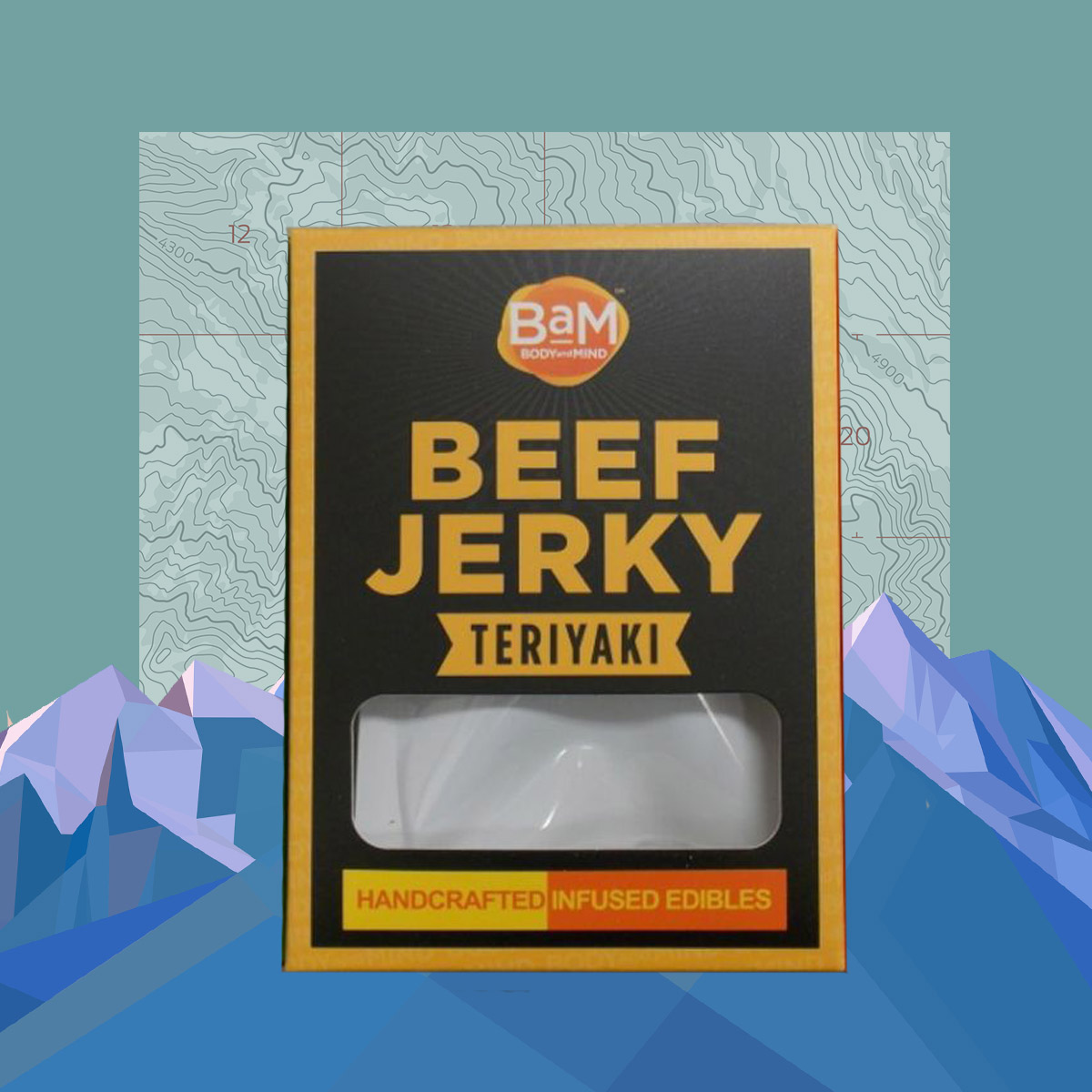 This list would not be complete without highlighting several out-there and under-appreciated edibles from Leafly’s extensive collection—because we’re living in a time where you can buy Weedos, and people don’t celebrate that fact nearly enough.

If you’re not feelin’ cheesy, perhaps some Mixed Fruit Crispy Treats are what you need—part sugar cereal, part ‘mallow, and up to 50mg of THC goodness, mmm.

Still not quite hitting the munchie spot? You must be after something heartier, like Infused Beef Jerky? Nah? Maybe if you add a little Pot Sauce? There you go.

It’s a beautiful time to be alive, isn’t it?

Meg Hartley is an Alaska-grown writer who lives and loves in Long Beach, California. Check out more of her work via HowILostAllMyF-cks.com and by following her on the socials, @howilostallmyfs.