Vermont Governor and Attorney General Team Up for Legalization: The Leafly Roundup 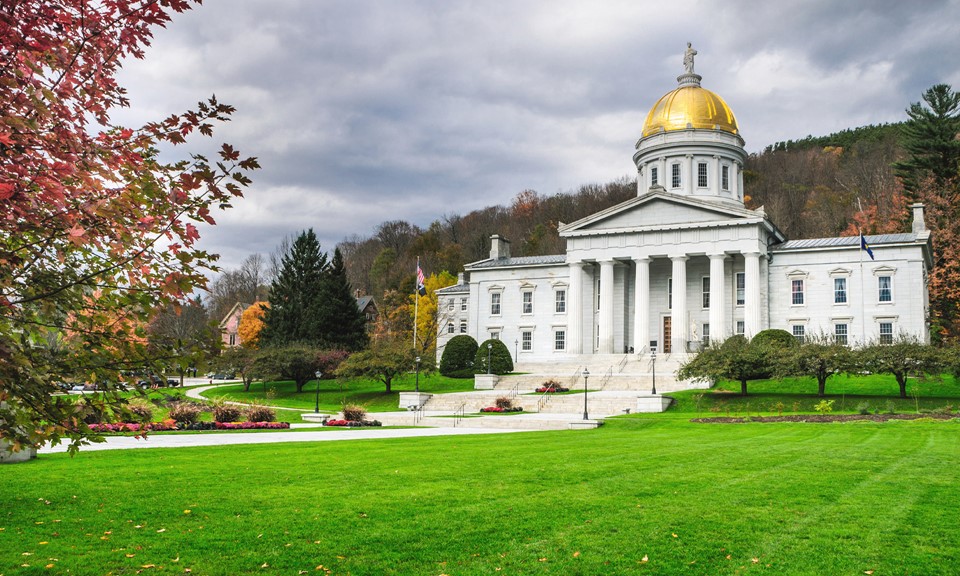 The year has only just begun and legislators are already submitting new bills to transform the legal landscape for cannabis, even in some less likely places. Georgia and Indiana are making headway thanks to some very persistent members of Congress, Mississippi’s legalization initiative couldn’t quite make the cut, but Vermont is emerging as a leader for legalization with a major announcement and public show of support from some Very Important People. Even Germany is jumping into the mix with a drafted medical cannabis bill to carry cannabis medicines at pharmacies.

The Alaska Marijuana Board recently announced that Alaska will be the first state to allow the onsite consumption—but not smoking–of cannabis in licensed retail shops, as well as in cannabis cafés similar to those found in Amsterdam. The Board is debating whether or not to allow the sale of edibles alongside the standard snacks and café fare. Once the Marijuana Board makes its decision, local counties and municipalities will still be able to allow or ban cannabis companies in the area.

Read more about the future of cannabis in Alaska.

State Representative Allen Peake (R-Macon) is at it again, hoping to expand his medical marijuana legislation from last year with House Bill 722, a bill that would issue up to six licenses for the cultivation of medical cannabis, as well as expand the number of qualifying medical conditions from nine to 17 diagnoses, including post-traumatic stress disorder, intractable pain, and HIV/AIDS. He modeled his bill after Minnesota’s medical marijuana law, which is one of the strictest in the country and also does not include the use of flower, opting for cannabis oils, pills, and tinctures for patients.

The Indiana Senate Agriculture Committee Chair Jean Leising (R-Oldenburg) filed Senate Bill 72 to legally protect physicians conducting clinical trials on the effectiveness of cannabidiol, while State Representative Sue Errington (D-Muncie) also recently filed a bill to help legalize medical marijuana. Unfortunately, it’s looking like Rep. Errington’s bill may be destined for the “committee graveyard,” which means it’s unlikely to move forward, although Sen. Leising’s proposal may have a fighting chance in the Indiana Congress after a promising 10-0 vote in favor of passing the bill through the Senate Agriculture Committee. Next up – the Senate floor for a full vote.

Leising previously chaired an interim study on whether cannabis oil should be made legal for the treatment of children, and a recent survey of her constituents found more support for marijuana than for the sales of alcohol on Sundays.

An attempt to legalize cannabis in Mississippi has failed to gain enough support to qualify for the 2016 general election ballot, signaling a disappointing, but not altogether unexpected, turn for the Magnolia State. The measure needed 107,000 signatures to earn a spot on the ballot, and the final tally of 13,320 fell far short. Initiative 48 would have legalized cannabis and regulated it like alcohol.

Governor Peter Shumlin gave a resounding State of the State address last week to his native Vermont, which included a call to action towards legalization. His speech even went so far as to outline his plan and recommendations for responsibly legalizing cannabis, including the following key requirements:

In a remarkable show of support, former Vermont Attorney General Kimberly Cheney, a Republican, has thrown his support behind the effort to end cannabis prohibition. The Vermont Coalition to Regulate Marijuana has scheduled a press conference on Tuesday to announce a new ad campaign featuring Cheney, the state’s former top law enforcement official.

These announcements coincided with a proposal from Senator Jeanette White called Senate Bill 241, which would create the legal framework for recreational legalization, starting with home cultivation, with retail sales to begin within a year. The bill sticks to many of the highlights from Shumlin’s speech, including a ban on edibles for the initial sales, only allowing the sale of cannabis flower and topicals. Incidentally, this proposal would also legalize cannabis cafés, indicating a shift towards the concept of public consumption.

Ontario is seeking guidance from the Canadian government on how to best regulate medical cannabis clinics and dispensaries, as well as retail shops for recreational cannabis. Premier Kathleen Wynne suggested that liquor stores, as part of the government-operated system, might be a suitable venue for legal sales due to a clear, well-regulated distribution network already in place.

In other Canadian news, Justin Trudeau’s administration has already begun receiving a plethora of petitions asking for an official pardon from the Prime Minister for low-level cannabis-related crimes. When asked if the government would consider it, Justice Minister Jody Wilson-Raybould said she is working out the intricacies of the new legalization law and that questions of past convictions will likely be a conversation for down the road.

The Federal Health Ministry of Germany presented a draft bill last week for a law to make cannabis flower available by prescription from standard physicians. The bill would also force health insurance to reimburse patients for cannabis-based medicines under certain circumstances, and set up a regulated state agency for the cultivation and distribution of cannabis to pharmacies.

Health organizations such as the German Association for Cannabis as Medicine are encouraged to comment on the drafted bill until February 5th, upon which the Federal Health Ministry will take all comments into consideration.

Catch up on last week’s legalization update, or check out our other legislative news roundups!