Ben AdlinMay 16, 2017
Share
Share on Twitter   Share on Facebook
Print
Iowa House Speaker Linda Upmeyer, shown here in 2016, is one of the architects of a cross-border medical cannabis deal that experts say risks provoking a response from federal officials. (Charlie Neibergall/AP)
An unusual proposal aimed at speeding access to medical marijuana for some Midwestern patients could ultimately land them in jail—and pose an existential threat to the medical programs in 29 states.

Those dire warnings come from Brookings Institution senior fellow John Hudak, one of America’s leading cannabis policy analysts. Hudak and others are watching the cross-border plan emerging from Iowa and Minnesota with a wary eye, and he told Leafly he’s dismayed to see lawmakers in both states, from both parties, pushing forward with the plan.

The proposed two-state deal, hammered out by Iowa House Speaker Linda Upmeyer and Minnesota House Speaker Kurt Daudt, would allow Iowa residents to obtain cannabis oils and pills through Minnesota’s existing medical cannabis market. That would directly violate the terms of the US Department of Justice’s Cole memo, which forbids interstate transport of cannabis products.

“It’s something that should not just be alarming in Minnesota and Iowa,” Hudak said of the proposed plan. “This should alarm every state that’s relying on this very fragile framework that’s keeping medical marijuana together.”

Iowa Gov. Terry Branstad signed the first half of the two-state plan, Iowa House File 542, into law this past Friday. A provision of the Iowa bill specifically references Minnesota as a potential source of medicine and directs Iowa regulators to contract with Minnesota’s two licensed cannabis manufacturers—which have reportedly suffered a combined $11 million in losses over two years in sales.

“I just want to be sure if we have a tough time finding a grower, we have another source available.”
Iowa House Speaker Linda Upmeyer

While it might seem like a common-sense solution—supply in one state, demand in another next door—the plan would involve transporting cannabis across state lines. And currently that’s a big no-no in the eyes of the feds.

“The marijuana industry, it exists insofar as the federal government is letting states do their own thing within those states,” Hudak said. “Interstate commerce is explicitly a federal power. There is no gray area.”

If Minnesota cannabis were to cross state lines—with the intentional blessing and encouragement of state officials, no less—it would no longer be a local concern.

“What they are proposing is illegal under federal law,” Hudak said of lawmakers in the two states. “It is illegal and enforceable under the Cole memo, and, frankly, it is something that would be difficult for a state to justify under the Rohrabacher–Blumenauer amendment.”

Attorney General Jeff Sessions has already said he’s reviewing the Cole memo, an Obama-era Justice Department guidance document that directs federal prosecutors not to interfere with state-legal cannabis programs. That and the Rohrabacher–Blumenauer amendment, a congressional spending provision that bars the DOJ from targeting state-legal medical marijuana, are the two chief protections allowing medical marijuana to exist in legal states. 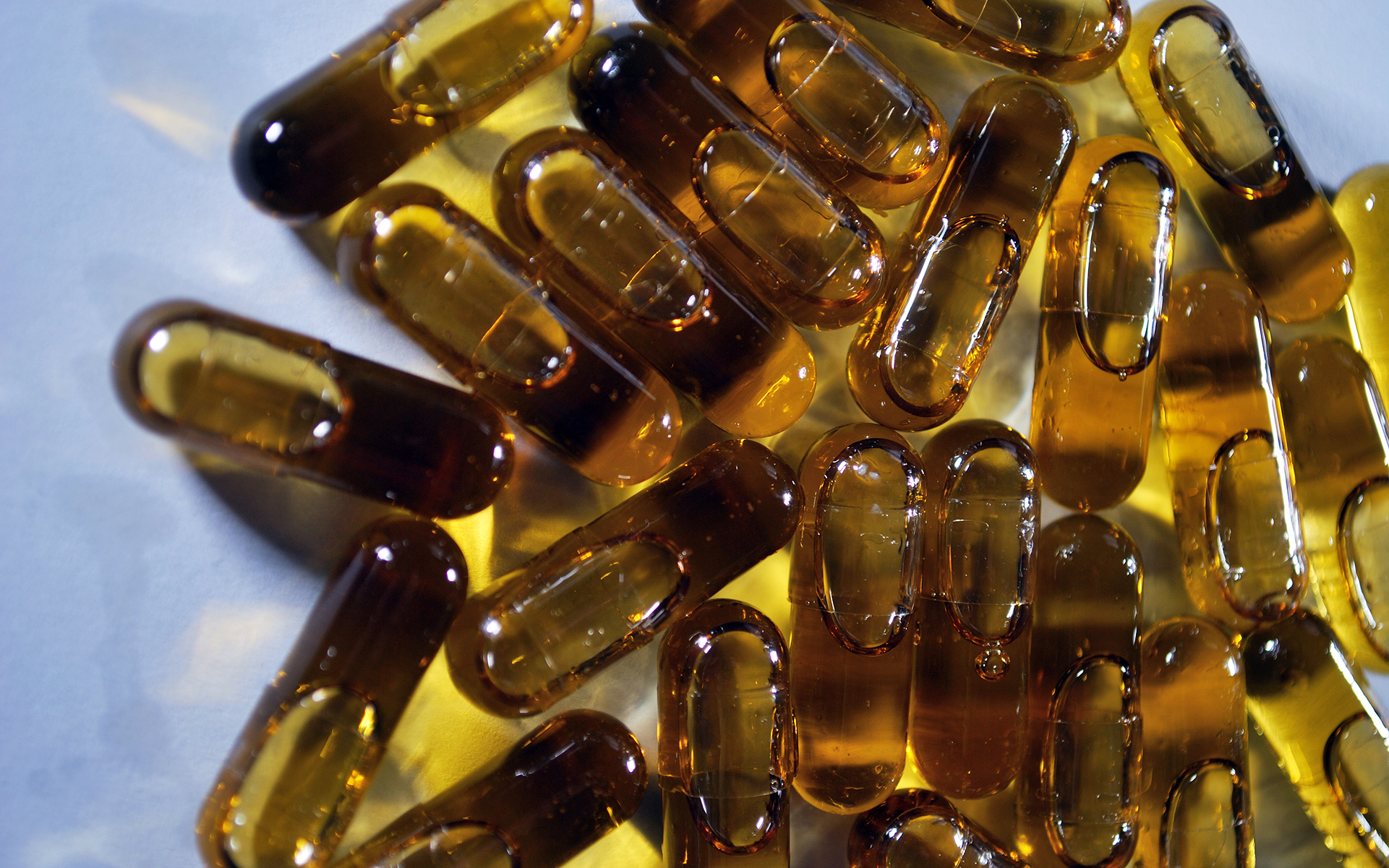 In other words, the deal risks violating the very framework upon which state cannabis programs are built.

“This is a very dangerous proposal for the marijuana industry nationwide,” Hudak said.

It also comes at a dangerous time. Both Attorney General Jeff Sessions and the White House have indicated plans to step up enforcement against state-legal cannabis, and states such as California, Washington, Colorado, and Oregon have already introduced bills intended to guard state markets from federal interference.

“I cannot see the federal government looking favorably on this sort of thing,” said Jonathan Adler, a Case Western Reserve University law professor who directs the school’s center for business law and regulation. “AG Sessions has shown himself to be quite hostile to state experimentation or flexibility in this area.”

Medical cannabis advocates already are growing increasingly wary of the Trump administration. Last week, Sessions spooked many in the industry when he issued a sentencing memo directing federal prosecutors to pursue the harshest possible penalties against drug defendants. And President Trump, in signing the federal spending bill containing the Rohrabacher–Blumenauer amendment, issued a statement suggesting he sees the provision as a challenge to his authority to enforce federal law.

Even one of the amendment’s architects, Rep. Dana Rohrabacher (R-Calif.), who describes himself as “a very strong supporter” of Trump, has concerns. Rohrabacher recently told the Washington Post that it appears members of the administration are working to “reposition” Trump on the issue of medical cannabis. “I think there are a lot of people running around trying to paint the president into a corner on this,” Rohrabacher told the Post, adding that he is eager to talk to Trump about it directly.

The circumstances have many convinced that now is not the time to get creative.

“The idea that the Sessions Justice Department would allow this is absolute lunacy. And because of that, this is a truly terrible idea,” Hudak said. “The last thing the marijuana industry wants is to rock the boat in a way that would irritate Jeff Sessions.”

Hudak said he’s surprised that Minnesota and Iowa even considered the proposal. “I would think that the attorneys general in those states would be seriously advising those states and their governors against this.”

“States run the risk of undoing what has been arduous work by lobbyists and advocates.”
John Hudak, Brookings Institution

When voters in Colorado and Washington passed the country’s first laws legalizing cannabis for adult use, governors from both states sought Department of Justice guidance before implementing laws, Hudak noted. In Iowa and Minnesota, however, it’s unclear whether the legislators advancing the cross-border deal are aware of the full ramifications of their proposed pact—or even if they’re cognizant of the rules of the Cole memo and the role it plays in maintaining an uneasy state-federal détente.

“I just want to be sure if we have a tough time finding a grower, we have another source available,” Iowa House Speaker Upmeyer, a Republican, told the Associated Press last week. “It all just fits together.”

While some medical cannabis states recognize patients from other states, none has endorsed the idea of bringing cannabis across state lines. Other, less formal arrangements have raised doubts even among legalization advocates.

In Georgia, for example, state Rep. Allen Peake receives a monthly package of low-THC medical cannabis products from Colorado, which he distributes through an underground patient network. While patients in Georgia are permitted to have low-THC cannabis, they can’t legally purchase, cultivate, or import it.

Georgia Lawmaker Deals Cannabis Oil in Shadows of the Law

A conservative Christian, Peake told the Associated Press that he’s motivated by Biblical principles but is also well aware of the legal risks. He takes steps that he hopes will avoid felony drug trafficking charges, he said, such as giving the cannabis oil away for free and making indirect payments himself to a Colorado nonprofit that supports medical research.

“Quite frankly, I don’t know how the product gets here,” he told the Associated Press.

Hudak at Brookings isn’t having it, especially under the current administration.

“This is being too cute by half, and it’s not how you conduct public policy,” he said. “A prosecutor would have a field day with this.”

When state actors thumb their noses at the delicate interplay between state and federal law, Hudak warned, it’s not just law enforcement they should worry about. One of the only true protections against state medical marijuana systems is the Rohrabacher–Blumenauer amendment, which bars the Department of Justice from interfering with individuals who comply with state medical marijuana laws. The provision, which must be added periodically to federal spending bills, requires the support of Congress—and it’s up for renewal in September.

If members of Congress feel states are taking advantage of the situation, they could be moved to pull their support the next time Rohrabacher–Blumenauer needs to be renewed.

“If you start irritating individual members who feel that this goes too far,” Hudak said, “states run the risk of undoing what has been arduous work by lobbyists and advocates to get this passed.”

While it might feel to some in legal-cannabis states that the battle over legalization is already won, experts warned against taking the feds’ permissive stance for granted.

“Were marijuana treated like alcohol, this sort of arrangement would be perfectly fine,” Adler, the law professor, said of the Minneosta–Iowa plan. “Unfortunately, that’s not the regime we have.”