What’s Next? Predictions for the Future of Cannabis in Canada 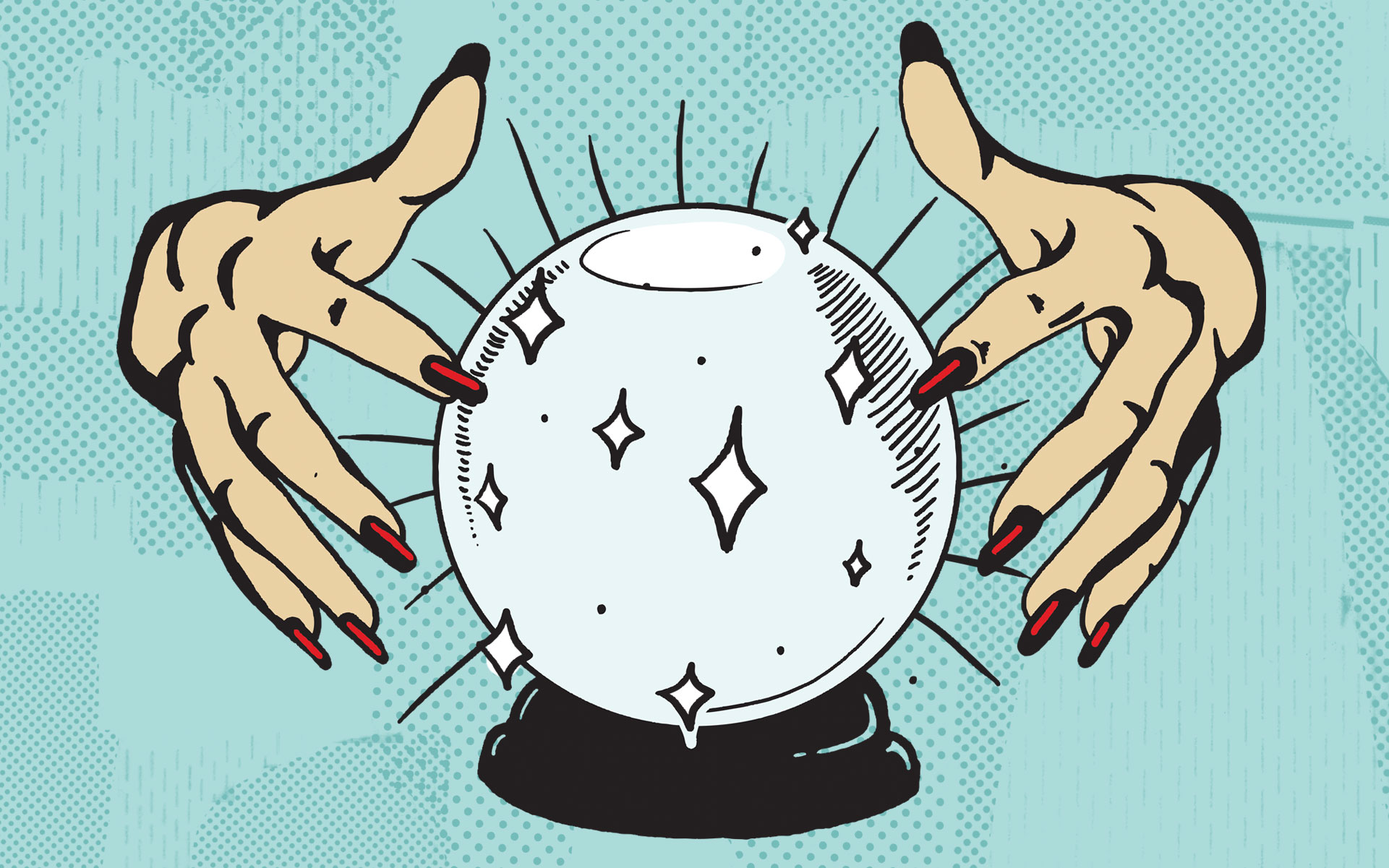 Kerfluffle/iStock
The legalization of cannabis in Canada is the culmination of a long, complex process. But for many cannabis advocates, the new legislation simply represents a starting point.

With the federal government looking into regulating recreational edibles and extracts, some fine tuning of the Cannabis Act is expected.

What else does the future hold for cannabis in Canada.

Leafly asked members of Canada’s cannabis community what they expect to see, and what they hope to see, in the coming year.

Know the Rules, Find the Stores

All the Legal Canadian Info

Hilary Black founded one of Canada’s first medical cannabis dispensaries, the BC Compassion Club Society, in 1997. She’s now director of patient advocacy at Canopy Growth, the largest cannabis company in the world, educating patients, doctors, and governments about cannabis.

I want to see in a year from now that we have taken a strong position on the global stage and that we’re proud of exporting cannabis legalization, which is about creating access for patients around the world.

There are millions of patients around the world suffering without access to cannabis–or they never use it, because of the stigma–and their lives could be dramatically improved.

I want to see the incredible social justice harms that are created by prohibition around the world resolved and hope that we will see many more countries around the world start reforming their cannabis legislation within a year.

There are certainly going to be a lot more private and public retail locations… I’m sure a lot of the illegal dispensaries will not be running anymore and ideally would have transitioned to the legal framework.

As VP of Patient Research and Access at Tilray, Philippe Lucas PhD(c) applies a “patient-centered lens” to the policies and practices at the BC-based licensed producer. He is also the co-founder of the Vancouver Island Compassion Society, one of Canada’s oldest and most respected non-profit medical dispensaries.

The experience of US states suggests that Canada’s new legal cannabis landscape will result in a decline in violent crime, homicides, and suicides as more Canadians chose to use cannabis rather than alcohol.

We should also see an increase in cannabis-related impaired driving arrests due to increased enforcement and [we will also see] associated court challenges to the 2-5 nanogram blood limits. Interestingly, [we will also see] a reduction in overall automobile fatalities [due to] reduced alcohol use rates.

More than anything, cannabis users will finally be able to breath a sigh of pleasant relief, as the stigma associated with cannabis use begins to fade along with the oppression many felt from police and other institutions and institutions.

The truth is that Canadians like cannabis, and I’m so proud that our nation is finally moving away from misguided policies based on fear, prejudice and misinformation to evidence-based approaches informed by science, reason and compassion.

Longtime cannabis educator Ted Smith founded the Victoria Cannabis Buyers Club in 1996. More recently, he wrote Hempology 101: The History and Uses of Cannabis Sativa. He was also central in a case in which the Supreme Court of Canada ruled that the definition of medical marijuana should be expanded to include edibles.

We would love to be able to comply and have our own bakery and micro processing facility controlled by the club. That’s the gold standard we’re dreaming of.

On the other hand we could be dealing with a bureaucratic nightmare, where our club may end up being hassled so much that we have to shut it down and turn this place into a church, and do a number of weird things to try and get around the law so patients can get their medicine.

Simon Grigenas is the CEO of BRNT, one of Canada’s many emerging companies aimed at elevating cannabis culture by offering design-forward accessories tailored towards discerning cannabis consumers.

The future of cannabis post-legalization will be driven by a demand for quality products. Consumers will learn, test, and experience various strains, methods of consumption, and retail experiences. The average Canadian consumer will recognize and search for premium quality in both cannabis and cannabis accessories. Craft cannabis will rise and a demand will become apparent for ultra-premium cannabis products.

Chad Finkelstein, a partner at Dale & Lessmann is focused on retail and franchise law in the cannabis space.

Any licensed producer that had been thinking of developing its own retail strategy may have to rethink the execution of those plans. Provinces regulating the private retail sale of cannabis have sent a clear message that they do not want larger players to dominate the market to the exclusion of small businesses.

In British Columbia, the brand itself is targeted with a cap of 8 retail store licenses to a group of affiliated corporations or franchisees. In Alberta, any corporation is capped at 15% of the total number of retail store licenses issued for the province. Neither of these provinces singles out licensed producers. These restrictions apply to all retailers. But in Ontario, LPs are squarely in the sights of the province.

While the province is not limiting the number of retail-store licenses it will issue, LPs are limited to one retail store license and that license must be at the production facility. As a result, any LP that had planned to develop, own and operate its own retail stores must now revisit those plans, and franchising may be the lowest hanging fruit.
“Nothing in the proposed Ontario legislation limits franchised locations. And franchising may be a good thing. When customers cannot differentiate cannabis by price (because it’s controlled) or packaging (because it’s controlled), the retail experience becomes the primary mode of brand differentiation.

The franchise business model lends itself to scalability while following a uniform and consistent method of operations so that the same customer experience is re-created across each store.

A journalist in the cannabis industry and author of ‘The Wild West: Canada’s Legalization of Marijuana,’ Jonathan Hiltz is the Director of Business Development at Indiva, an LP based in London, ON.

I’m confident that packaging and advertising rules for licensed cannabis producers will become more relaxed and we won’t be subjected to branding that looks like the consumer is handling weapons-grade plutonium.

Further, a wide selection of edibles, vape pens, and various other products will have made their way into the hands of many more educated consumers. As well, CBD products will have become almost its own enormous industry both as a pain reliever and health-food product.

Finally, I expect Canada to have an ever-emerging cannabis tourism sector to attract people from all over the world to try our homegrown bud.

Mike Babins and his wife Maria Petrucci opened the Evergreen Cannabis Society in Vancouver in 2015, after she used cannabis to help treat pre-cancerous cells found in her uterus. They sell only organic, local, craft cannabis, that has been laboratory tested for quality and purity.

I think the product will be a lot safer. My job will be a lot easier because I won’t have to meet the grower at their store and pay cash. I’ll be able to do everything directly.

The country is going to get a lot of money from cannabis tourism, especially places like British Columbia, where we have such a reputation for the best cannabis in the world.

And once the local craft growers are able to get their licences, I see a booming middle class in this province. There are entire small islands [of cannabis growers] where instead it’s going to be tax dollars coming into the economy and pleasant, middle-class, little hippy towns.

It’s going to be a slow process that we’re looking at, at least a year if not a couple of years, before we really see the impact of legalization in Canada, in terms of being able to go to a local shop and select a cannabis product from a good selection and all kinds of other alternate products–not just the smokables, but edibles and extracts.

Cannabis historian Chris Bennett began growing hemp in 1999. He has written extensively about the history of the plant and is author of three books on the use of cannabis throughout history. Bennett also runs Urban Shaman, a cannabis dispensary in Vancouver.

I think that at the federal election here in Canada, it’s a very real possibility we could go back to the Conservative government. Trudeau has upset a lot of people with his legalization scheme.
I predict that’s really going to hit at the next election. What would legalization look like under the Conservatives? They’re going to do everything they can to make it fail.

Jodie Emery is a former editor of Cannabis Culture and co-owner of a dispensary chain with husband Marc Emery. During his imprisonment on drug charges in the US, she became a high profile advocate for legalization, running for office in BC and testifying before governments.

A year from now, I guarantee you the dispensary owners who dare to stay open are going to be in court and facing significant punishments and penalties and lawyer fees and all sorts of harm.
But the owners of these big companies, that are making international deals now because they’re insiders with the government, they’re going to be celebrating.

When we do make progress and gain ground, it doesn’t mean we get to keep it. It means our opponents are going to fight just as hard as we did when we were losing. We are always going to be struggling against prohibitionists, even from within our own government.