Can a Tolerance Break Rejuvenate the Effects of Cannabis?

Will Hyde August 11, 2015
Share
Share on Twitter   Share on Facebook
Print
Regular cannabis consumers have been known to experience fluctuations in their tolerance to marijuana over time. Despite rotating strains or trying new consumption methods, some consumers report that the expected effects from cannabis seem to dissipate or feel muted after repeated use. To combat these diminishing effects, some consumers opt to take “tolerance breaks” in order to lower their cannabis tolerance and increase the effects of consumption/how their bodies and minds react to cannabis.

What Is a Cannabis Tolerance Break?

A tolerance break, sometimes called a t-break, is just that: a short-term break from cannabis to clear one’s head and body of cannabinoids, notably THC. But does it work? Past research has indicated that regular cannabis consumers do indeed build up a tolerance to the drug. A study by Dr. Miles Herkenham of the National Institute of Mental Health (NIMH) on the cannabinoid receptor system and its tolerance to cannabis came to the following conclusion:

“The effect … is time- and dose-dependent, and is reversible, and thus appears to be cannabinoid-receptor mediated … The result [of the study] has implications for the consequences of chronic high levels of drug use in humans, suggesting diminishing effects with greater levels of consumption.”

While it is possible to become highly tolerant of cannabis and its myriad effects, the buildup can be reversed by taking a break from the drug. Some consumers benefit from reducing their rate of consumption, while others choose to abstain completely for a set duration so that the more noticeable, psychoactive effects of cannabis can return at fuller potency.

What Are the Side Effects of High-THC Cannabis?

A tolerance break can also consist of changing a consumer’s regular routine, which can influence the effectiveness of cannabis and the way it interacts with the mind and body. For example, skipping consumption in the morning may encourage the onset of stronger effects during evening consumption. Ultimately, the length and severity of a tolerance break depends on the individual and his or her consumption patterns.

Why Take a Tolerance Break from Cannabis?

Reducing one’s cannabis intake may not immediately seem tempting, but there are valid reasons why consumers might want or need to take a tolerance break.

Besides purely wanting to lower the threshold for cannabinoids, those hunting for a new job might use a t-break to flush their system as they prepare for mandated drug tests. Court orders, probation, and other legal issues are another reasonable excuse to abstain. Travelers may also end up taking a t-break while they’re vacationing in an area that’s not cannabis-friendly. Some consumers take tolerance breaks to help save money. And, of course, many opt for a tolerance break simply because they want to get more out of their interactions with marijuana.

Above all, a tolerance break should offer consumers a new outlook. This shift in perspective will help serve as a reminder that cannabis is an enhancement to life’s adventures, not the only thing that matters. With a clear head, consumers can gain (or regain) respect for the power that this plant holds, especially once they resume consumption and the familiar effects of euphoria, creativity, and general wellness return with full force.

How Long Should a Cannabis Tolerance Break Last?

Since cannabis is a highly individualistic experience, a tolerance break can take on many forms depending on one’s consumption pattern. Generally speaking, a few days without cannabis should be enough to begin to notice the return of more profound effects, while abstaining for a week or two is recommended to help get a consumer over the hump and shake up his or her usual routine. Once the mind has acclimated to its new clear-headed groove and the body has adjusted accordingly, it’s a good sign that the t-break has taken hold.

For those looking to flush their body completely, try pushing past the two week mark, as THC and other compounds can remain in one’s system for more than 30 days.

What Should Consumers Expect on a Cannabis Tolerance Break?

During a tolerance break, try staying active and hydrating often. Working out at the gym, playing sports, hiking, and engaging in other physical activities will help make pressing the “reset” button more impactful, as will eating right and focusing on good nutrition habits. Try going for a run, cooking a healthy meal, or taking on a hobby that will offer some positive reward or self-satisfaction.

Consumers who opt to take a tolerance break should remember that when they make their return to the plant, it’s important to scale back the quantity that’s typically consumed. The longer the break taken, the further down the ladder one should start; otherwise, there’s a risk of feeling overwhelmed by the potency and effects that once seemed muted or manageable.

Have you ever taken a tolerance break? Share your experience with tolerance breaks and how they impacted your body and mind’s reaction to the various effects cannabis can deliver. 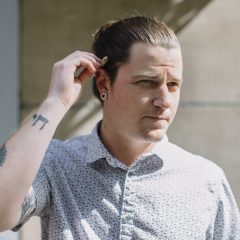