Michael Pollan’s book How to Change Your Mind has been on the New York Times bestseller list for nine weeks.

Ayelet Waldman is microdosing and having A Really Good Day, and rom-com audiences have been subjected to Ben Stiller’s laughable-yet-so-not-funny ayahuasca trip in While We’re Young.

More significantly, next month, the American Psychological Association will host a panel on “Psychedelics and Psychology” at its annual convention, the first of its kind in the organization’s history. Tripping balls is becoming legit.

A smorgasbord of doctors, shamans, veterans, academics, psychonauts, and therapists gathered last month at UCLA to talk about psychedelic drugs and their potential to save humanity from itself.

To that end, the event brought together rock stars of the entheogenic world, including Dennis McKenna, James Fadiman, Gabor Maté, and James Oroc, with lesser-known researchers, therapists, and everyday people whose lives have been saved by Schedule 1 drugs.  The goal of the Los Angeles Psychedelic Science Symposium, according to event coordinator Wallis Back, was to provide opportunities for the world’s leading experts in the field of psychedelic science to educate a diverse audience with current evidence-based research, in addition to medicinal and therapeutic applications.

How Tim Leary Derailed Clinical Use 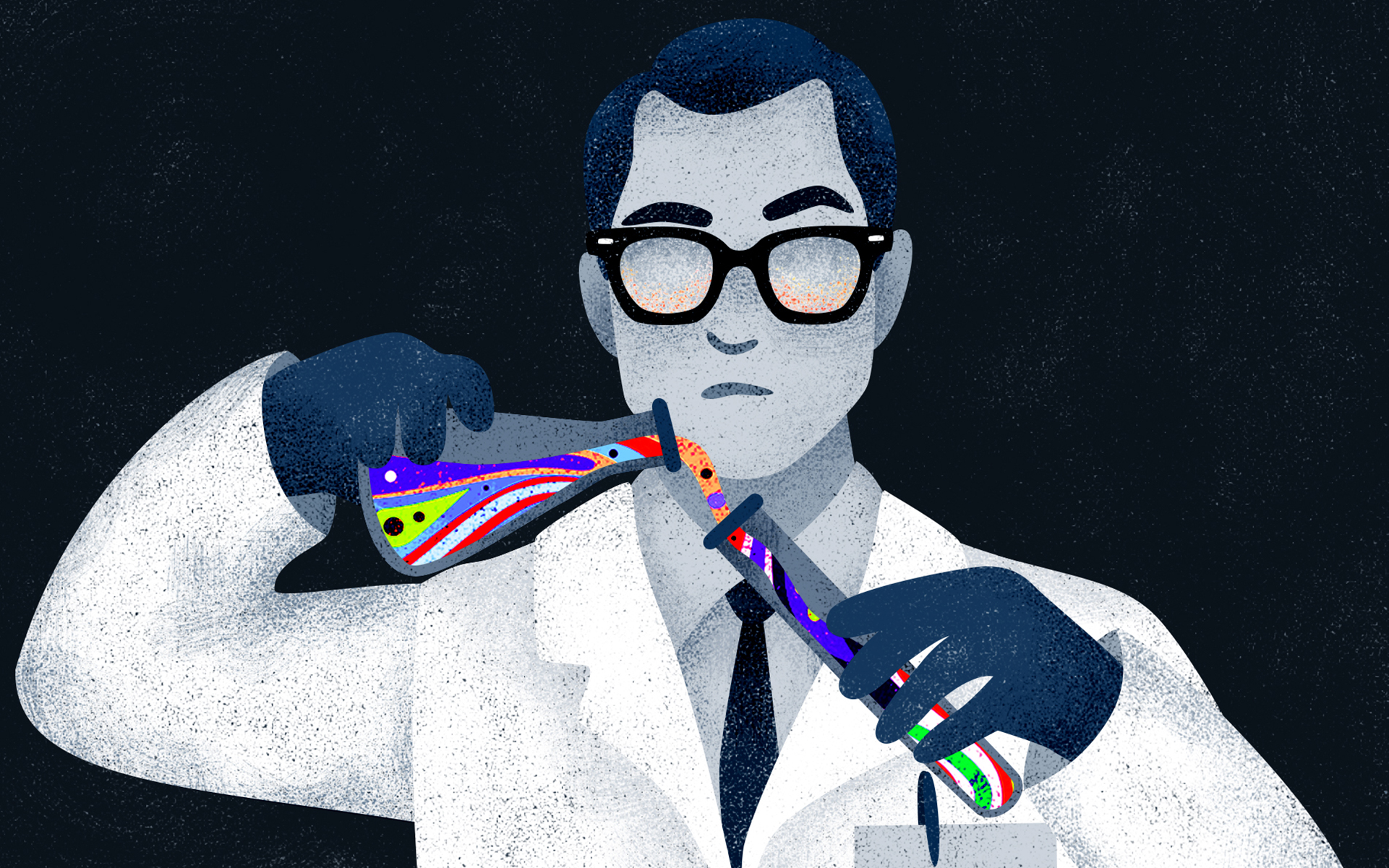 The history of psychedelics in America is complicated, but essentially has two arcs. The first began in the 1950s, with the flowering of psychedelic research and cultural acceptance.  Major LSD studies were conducted at Harvard and Stanford, more than a thousand research papers were published, international conferences seriously discussed the clinical use of psychedelic drugs. CBS even ran a glowing special report on the promise of LSD. But then Timothy Leary, the Harvard-researcher-turned-counterculture-clown, started flinging tabs of acid around like rice at a wedding and ruined it for everyone.

Canadian physician and author Gabor Maté, addressing the LAPSS conference last month, likened Leary and his hippie brethren of the ‘60s to Mickey Mouse in The Sorcerer’s Apprentice. “The sorcerer used potions and incantations to do good,” Maté said, “but he knew how to control those forces, he knew how to marshal them in the service of positive outcomes. In his absence, Mickey, without his training, without the expertise or wisdom, starts releasing these forces and they wreak all kinds of havoc, because it’s not the right context. In the ‘60s a lot of people started using psychedelics like Mickey Mouse.”

Some people had bad trips and got hurt. President Nixon declared Timothy Leary “the most dangerous man in America.” By 1970, psychedelics had been categorized as Schedule 1 drugs (determined to have no accepted medical use and a high potential for abuse) by the DEA, and federal funding for research was withdrawn. Scientists who were just figuring out how powerful and useful psychedelics really were had to either give up their research or do it in secret.

Gabor Maté: Inside the Psychedelic Experience

The Canadian physician and author addresses the attractions of psychedelics and the problems of trauma and addiction in this 2016 talk.

Psychedelics went underground but did not go away. In the meantime, other parts of the landscape shifted: Globalism and the internet brought indigenous plant medicines like ayuhuasca, iboga, peyote and DMT to Western attention. Those drugs have been percolating through American psychedelic culture for about a decade, creating converts in their wake.

Perhaps most significantly, the conversation about medicinal psychedelics is now taking place because a space has been opened for it through the mainstream acceptance of cannabis as a legal and legitimate medicine.

Forty years after going underground, the conversation around psychedelics is coming back into the open. Organizations like the Los Angeles Medicinal Plant Society (LAMPS), and the Multidisciplinary Association for Psychedelic Studies (MAPS), which co-hosted the Los Angeles conference, kept the lights on through the long, psychedelic dark age—and now are helping bring research and knowledge to thousands of interested clinicians and patients.

The LAPSS is one of many such conferences that have taken place in 2018 alone. As the LAPSS was taking place in Los Angeles, a similar conference was unfolding in Prague. A recent article on the American Psychological Association’s website states that “research studies have continued to point to the possibility that the benefits of these illegal drugs may outweigh the risks in certain scenarios.”

Medical Cannabis Is Legal in 30 States

Let Leafly Find a Dispensary Near You

America in a Time of Need

All of this comes not a moment too soon. Studies show that psychedelics have extraordinary efficacy in treating the illnesses that currently plague America: trauma, addiction, depression, anxiety, isolation, disaffection, and crippling fear of death.

Psychedelics both attract and create people who are rule-breakers, folks given to wearing hemp clothing and face studs.

Anthony Bossis, a doctor who has overseen psilocybin trials with terminal cancer patients at NYU, reported that subjects in his study all experienced significant relief from depression and lessened anxiety about death. Patients in Bosses’s care were able to transcend their fear of mortality, increase their sense of purpose, and deepen their connections with friends and loved ones, he said.

He offered the LAPSS audience a flurry of graphs and brain scan graphics to prove his point, but he was preaching to the converted. At one point someone asked the audience for a show of hands of those who had tried a hallucinogen. Too many hands went up to count, so the question was rephrased: Who in the audience hadn’t taken entheogens? In a room of close to 500 souls, fewer than 20 hands went into the air.

Dr. Anthony Bossis, above, gives a TedX talk about the use of psychedelics to treat patients struggling with depression and anxiety.

The LAPSS tone was decidedly non-Mickey Mouse.  The conference offered serious talks on everything from MDMA-assisted psychotherapy for PTSD, to psychedelics and autoimmune conditions, to a panel called “The Moderating Effect of Psychedelics on the Prospective Relationship Between Prescription Opioid Use and Suicidality Among Marginalized Women.” We’ve come a long way from the Merry Pranksters.

A particularly moving moment came during a panel called “Veterans Helped by the Medicine.” Mathew Kahl, a veteran of the Iraq war, came home wracked with injuries and dependent on 20 different pharmaceuticals: “opioids and benzos together; large quantities, it was obscene.” He described how he used cannabis at first to wean himself off the pharmaceuticals, then ayuhuasca to transform his pain and his own identity. “I’m no longer a soldier, I’m not just an infantryman,” Kahl said. “I’m not just a man, I’m a human being. It has taught me how to be a human being again.”

For all its seriousness, there was also a festive, slightly renegade feeling to the weekend. Psychedelics both attract and create people who are rule-breakers, folks given to wearing hemp clothing  and face studs. They sport cryptic tattoos, fall into spontaneous group hugs, and vape like mad on lunch breaks.

The culture of the Los Angeles Psychedelic Science Symposium illustrated where the world of psychedelics finds itself in this transitional moment. Proponents are trying to bring legitimacy to a movement that got hijacked long ago by hippies, without alienating the hippies themselves. Fortunately, psychonauts have no trouble reconciling the different narratives; actually, they don’t worry about it. Everyone is welcome in an eclectic ecosystem still seeking its contemporary identity.

As a steady roll of speakers held the stage, the back of UCLA’s Ackerman Ballroom was set up like a psychedelic science fair, with exhibitors displaying densely-worded, slightly inscrutable posters for psycho-chemical phenomena that would require the skills of a PhD to decipher. There were pamphlets and swag for everything from psilocybin-assisted retreats to post-journey integration services. There was even a giant, papier maché magic mushroom.

This is the world of psychedelics as we find it today, a wacky place where academics hobnob with sound healers. The marketplace of ideas surrounding psychedelics is similar to that of cannabis before it went legal and pro: It’s still championed by the fringe, but any entrepreneur with an ounce of vision can see its staggering commercial potential.

Chilling in the Psychic Lounge

Psychonauts are a groovy, mellow bunch, and the organizers of the Los Angeles Psychedelic Science Symposium considerately offered patrons a space to chill. Down the hall was a “Psychic Lounge,” where tired psychonauts could take a timeout and shop for books, network, get chair massages, and listen to “shamanic sound journeys.”

Even in our legal age, healing thyself still may involve committing a federal crime.

Crystal bowls sang and sound baths were taken. Wandering around the LAPSS rewarded the casual eavesdropper with gems like: “After iboga, I could talk to plants. I could walk up to a tree and introduce myself and it would start talking to me.” In a stall in the ladies’ room somebody had scrawled, “You are yesterday.”

By the close of the event we were all ready to go out and start microdosing. But therein lies the problem that surrounds all of this inspiring information. Psychedelics are still illegal, and the pathway to legality—or even ways to make these drugs more open to university researchers—appears long. There’s growing support among a number of communities for more research into psychedelics, but the drugs themselves are difficult for scientists to obtain. Healing thyself still means heading down a back alley to commit a federal crime. Whether the combined efforts of academic researchers and impassioned psychonauts will help ease restrictions was a widely shared concern at LAPPS—and one that may be years from resolution.

Leafly's Dispensary Finder Will Locate It For You 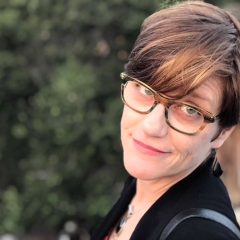 Erika Schickel is the author of You’re Not the Boss of Me: Adventures of a Modern Mom (2007). Her essays, reporting and book reviews have appeared in The Los Angeles Times, the LA Weekly, The Daily Beast, Tin House and at the Los Angeles Review of Books.