It’s the second of two legal dispensaries to open on Queen Street West as part of the AGCO’s lottery process to establish an initial set of 25 cannabis stores across the province. Run by Heather Conlon, she has a licensing agreement with Alcanna to use the Nova Cannabis name, which also has legal cannabis retail store outlets in Alberta.

Nova has also secured space in the West Edmonton Mall, so it might not be long before we see more of the Nova brand in malls and shopping areas across Canada.

The store bears the Nova Cannabis name, licensed by Alcanna, which in turn is partly owned by Aurora. If you think that means Aurora is given preferential shelf space at the store, well, you would be correct. 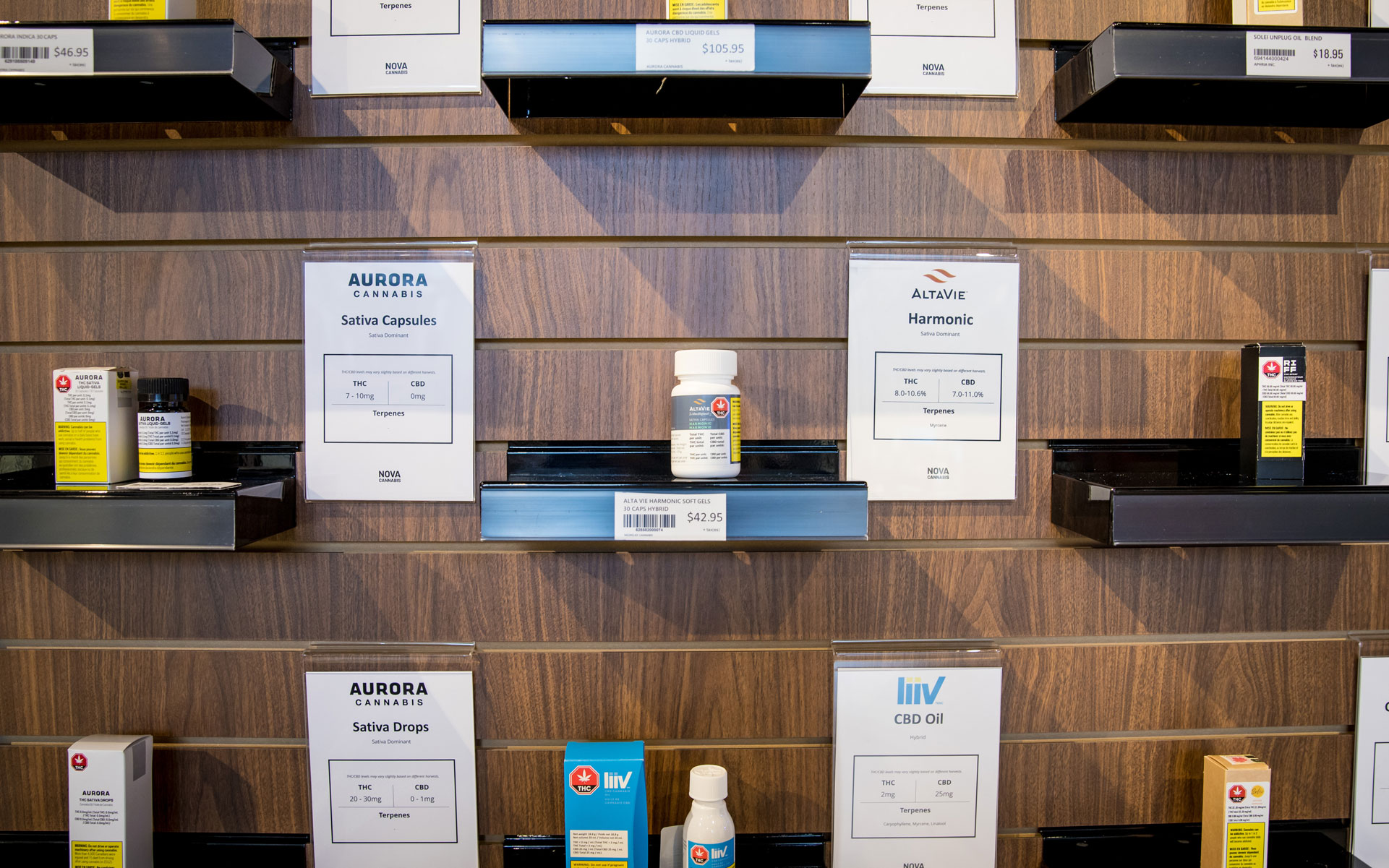 The cannabis producer has a whole wall dedicated to the company and their strains, and Aurora’s LA Confidential is one of two “featured” strains that visitors can smell through plastic smell jars.

With room to roam, customers will also find product containers from a wide range of other producers displayed alongside THC, CBD, and price information. 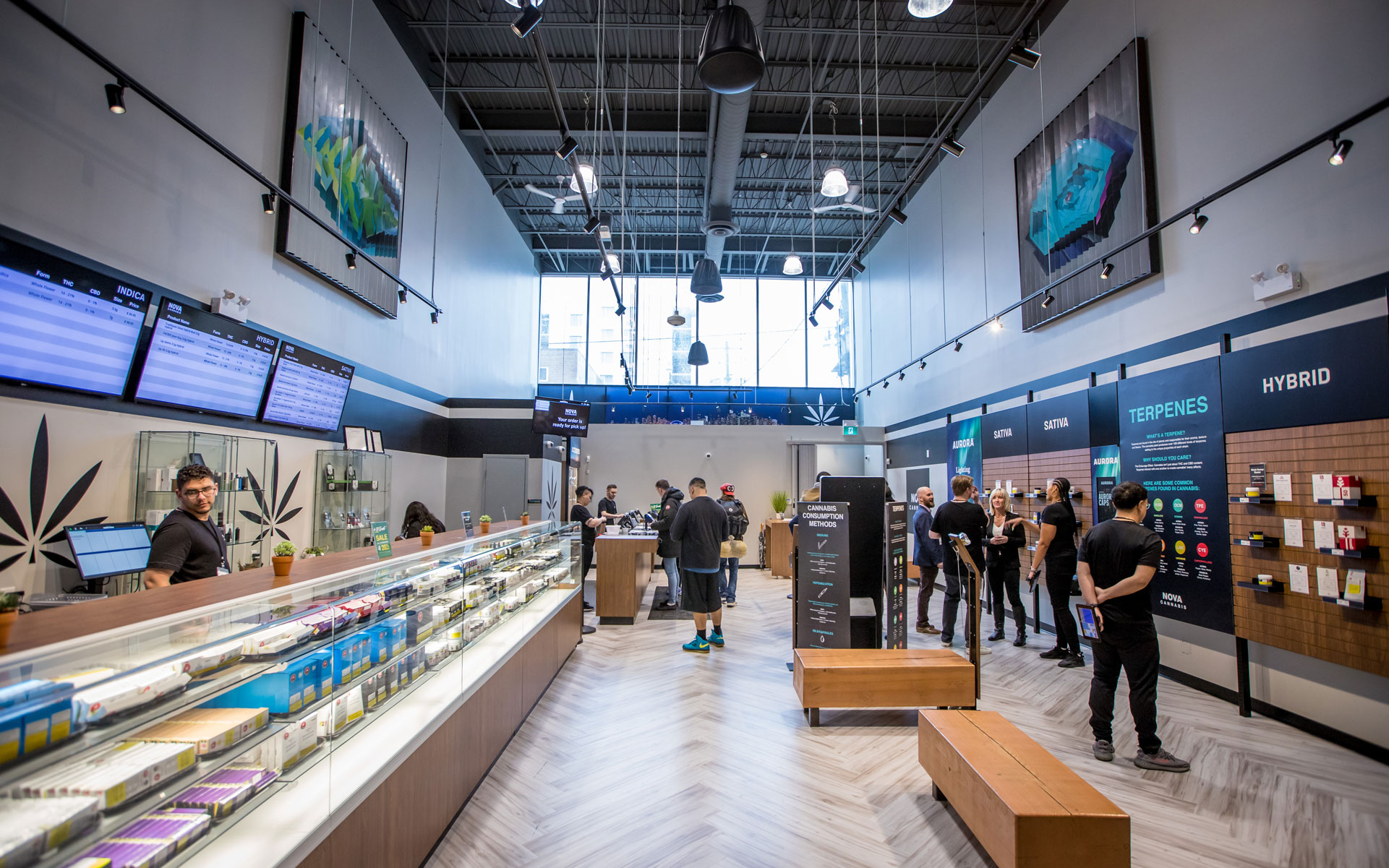 The first thing you’ll notice about the store is its refined aesthetic complete with uber-tall ceilings and warm wood paneling.

Eschewing the use of dozens of smell containers that many other legal Ontario stores have, the store instead shows off each product via empty containers. It may not be as sensory-pleasing as smelling jars of real cannabis, but it does offer the chance for consumers to familiarize themselves with a vast array of Canadian brands on the market. 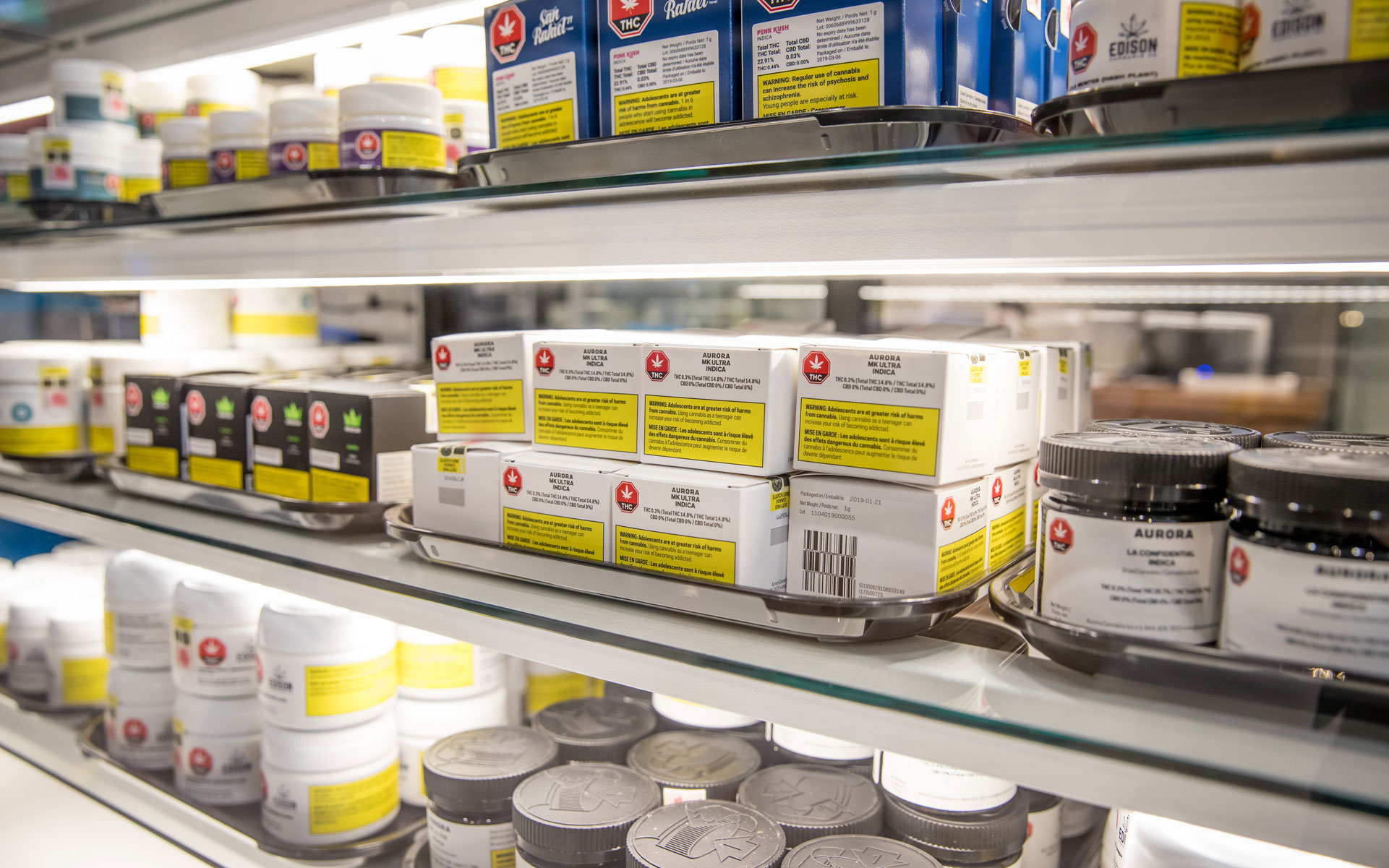 While the Aurora family of brands benefit from wall displays and even some LED panels with visuals of glistening bud, there are also large infographics about cannabis in general which touch on the dynamics of THC, CBD, and terpenes. 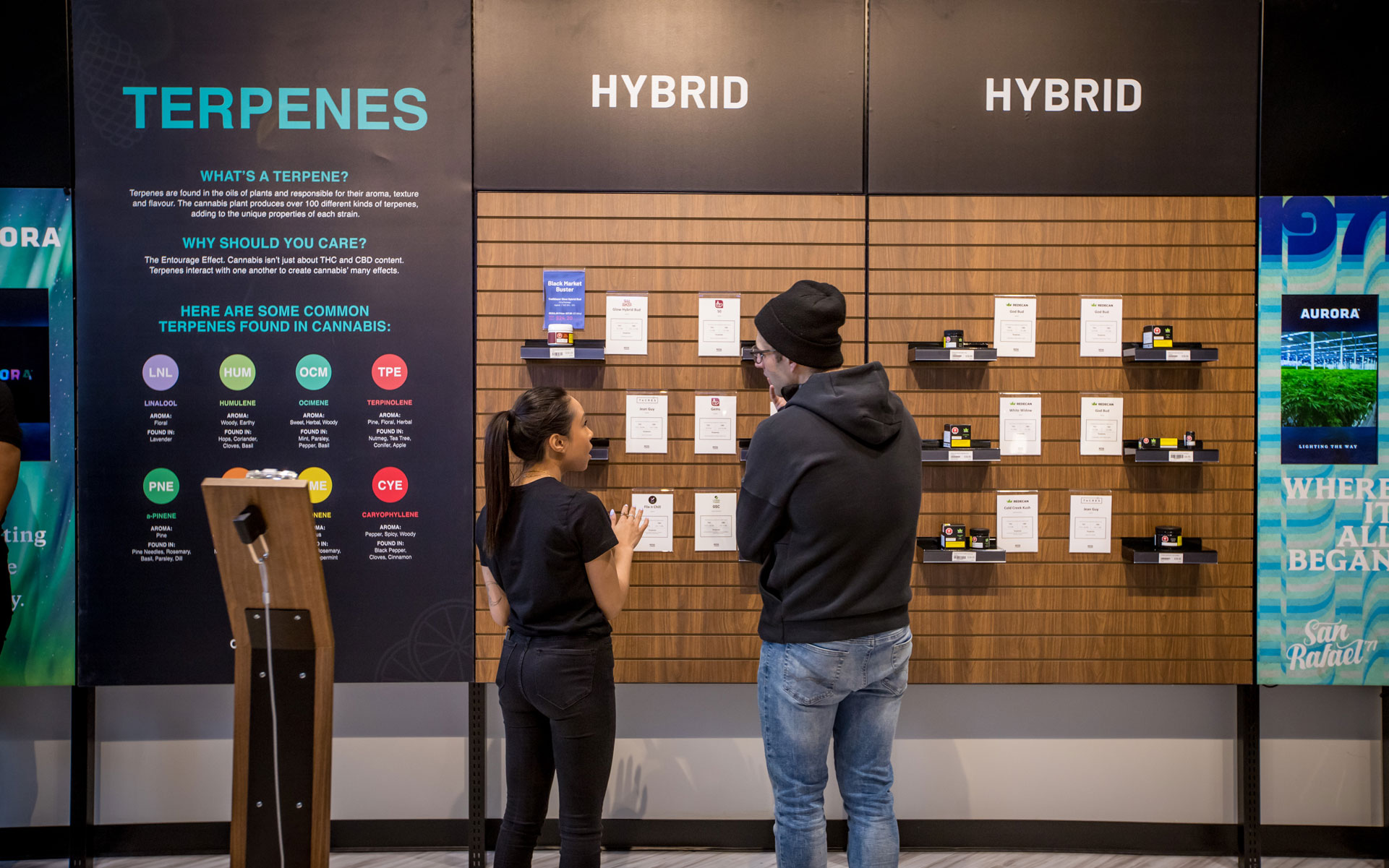 For a self serve experience, there’s a large LED display that lets consumers look at various strains and place an order. 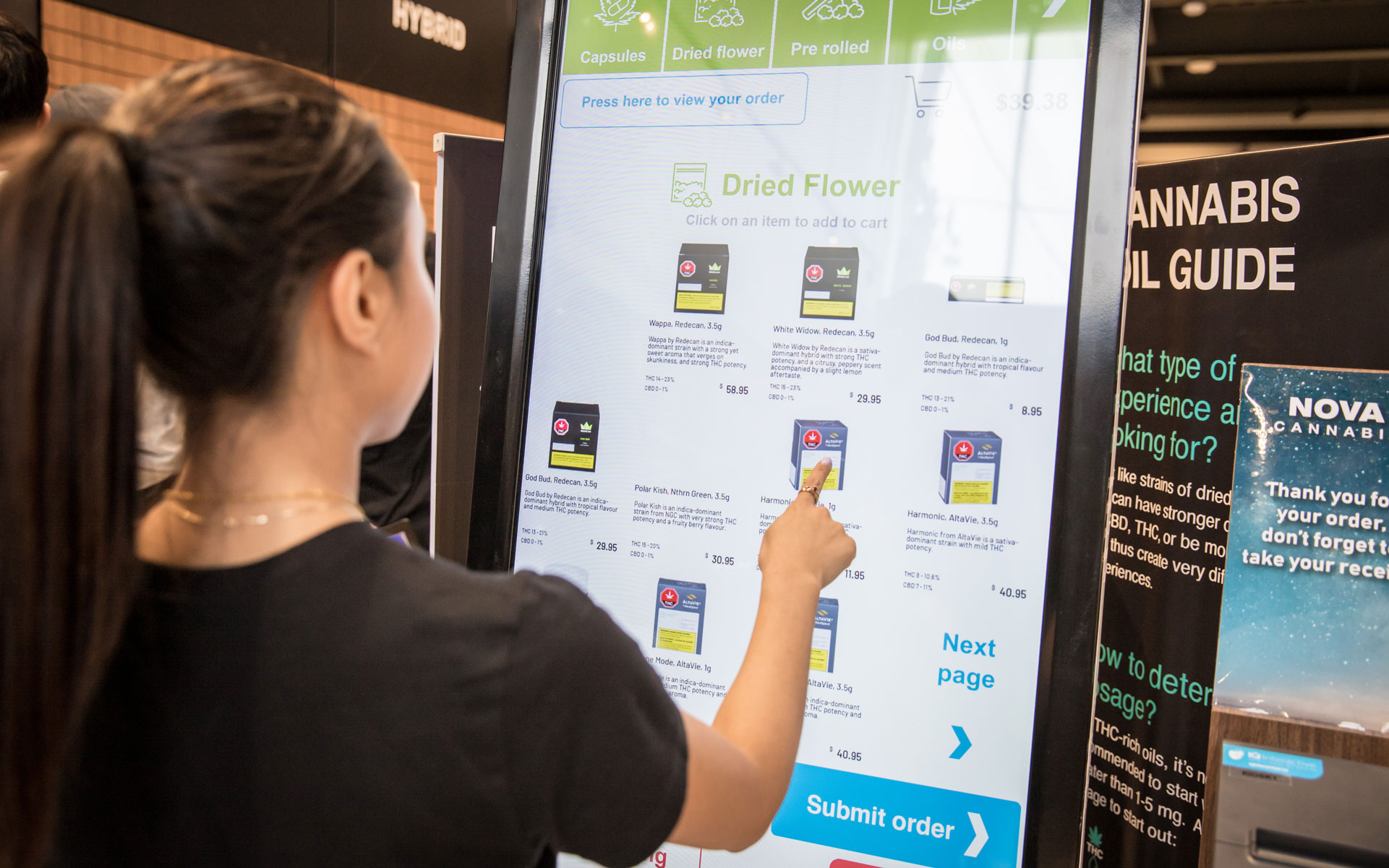 A more common way to place an order is to flag down one of the store workers and tell them what you’re looking for. Budtenders can place orders and provide a ticket with details and an order number from printers situated around the store.

Watch for your order number to appear on the television set above the stationary, worker-manned point-of-sale area. When you see your number appear on the screen, that means your order has been prepared, and you can wait in a short queue to pay. It’s similar to what you would find in many McDonald’s locations, or, as the staff call it, “Deli-style service.” 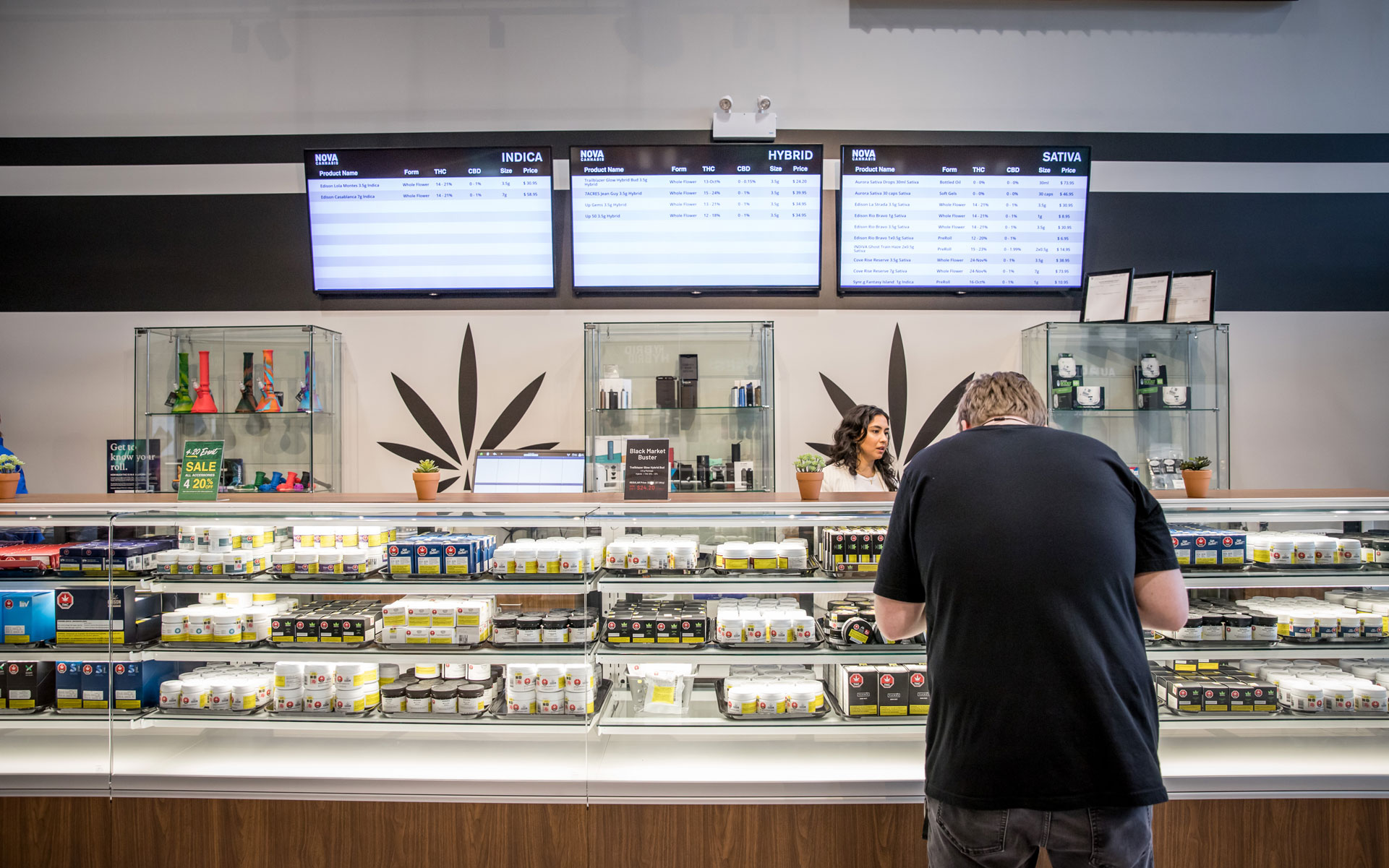 Have You Visited Nova Cannabis? Leave a Review

In addition to Aurora products, the store features dried flower and pre-rolls from a wide range of producers, including Liiv, Organigram, 7Acres, Seven Oaks, Synr.g, and Up Cannabis. Capsules and oils are less plentiful, but still available, and can be found displayed near the back of the store. 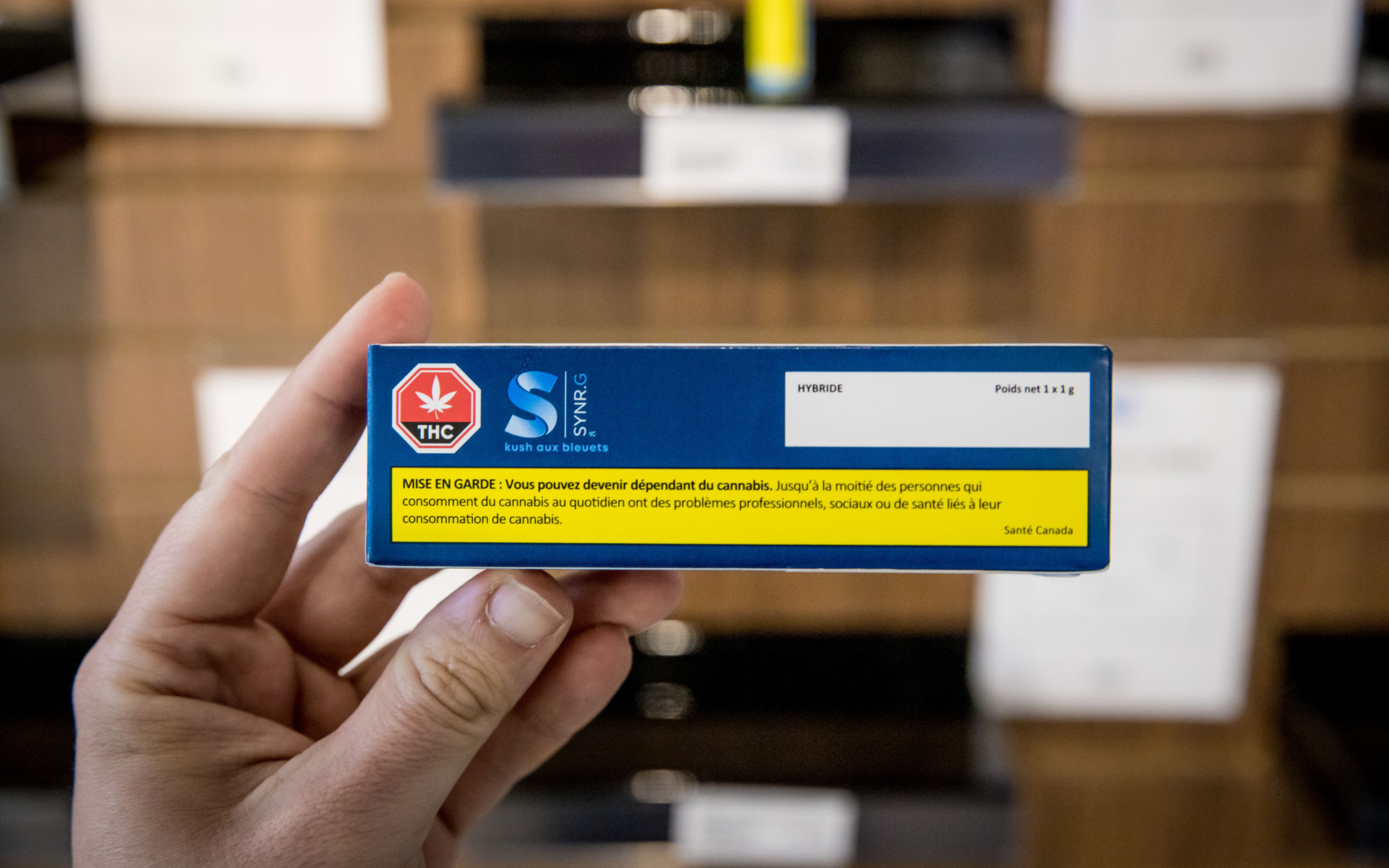 The store also had a broad selection of vaporizers, grinders, and papers as well as silicone and glass bongs. 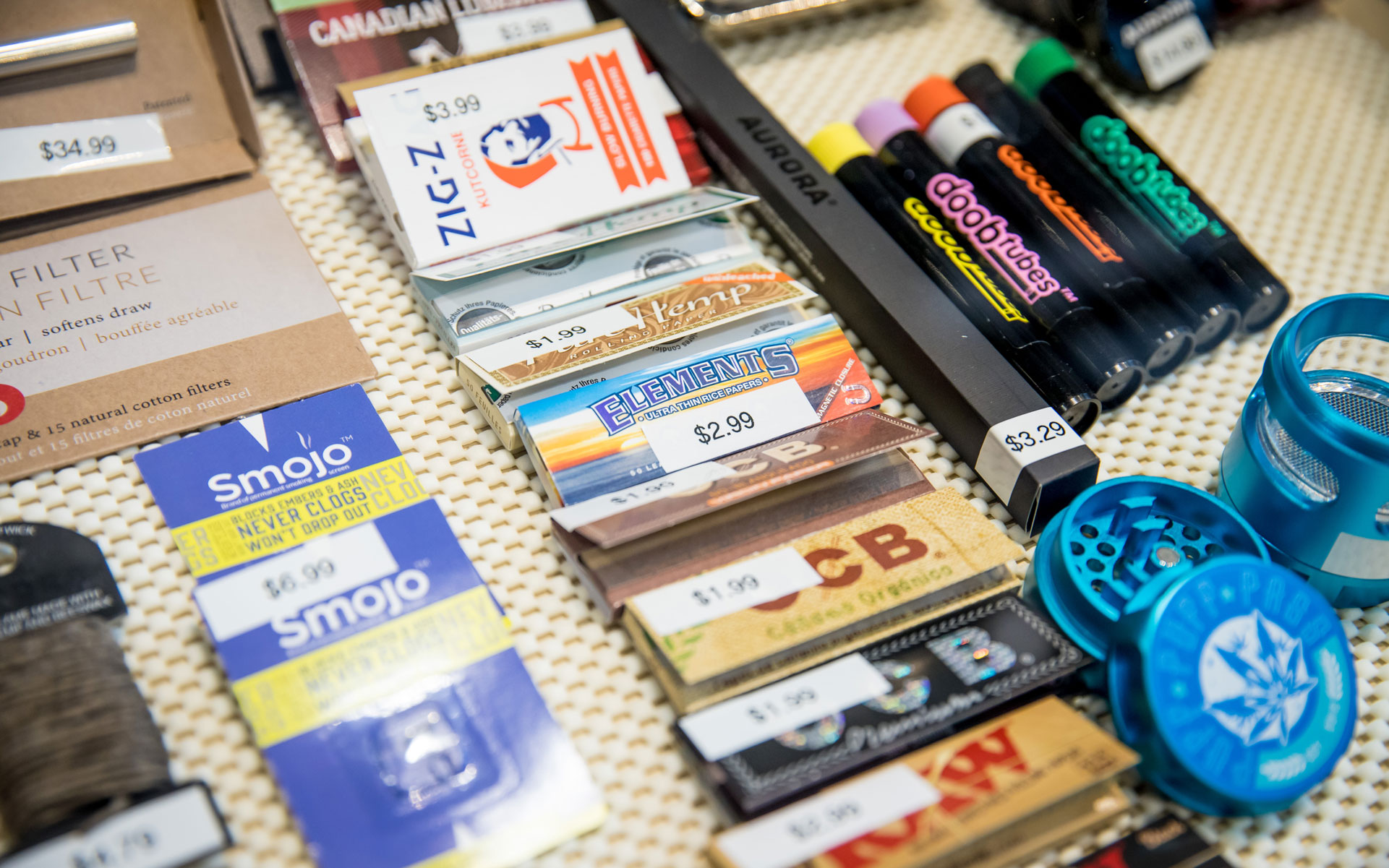 The best part about Nova? The pricing. We checked, and some cannabis products are actually slightly cheaper than on the OCS website, even with tax added. 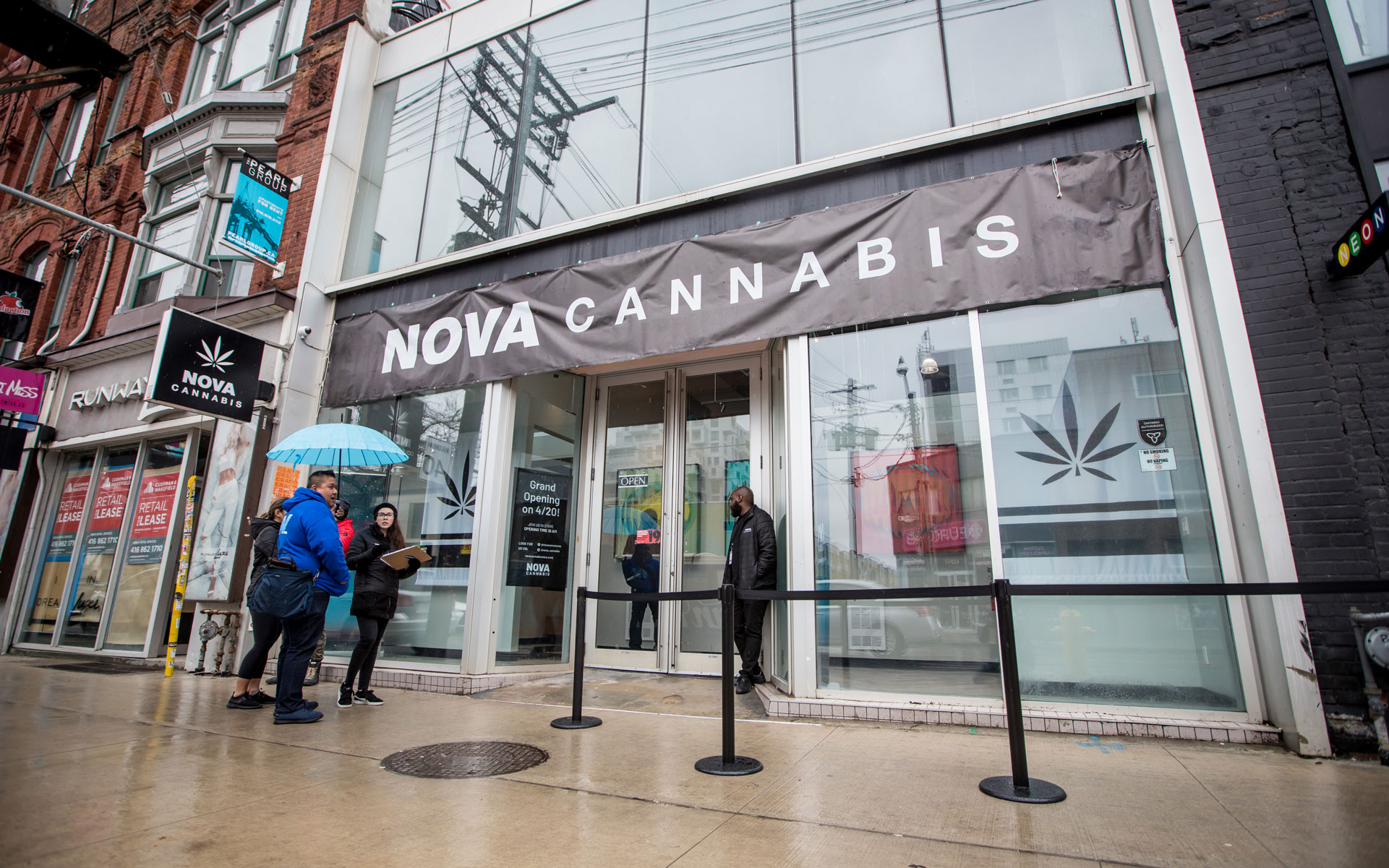 Unlike other cannabis retail stores in Toronto, there are no steps to climb to get into Nova Cannabis, making it the first legal, wheelchair-accessible store in the city. Per usual, a valid ID is required at the door.

Expect at the very least a short line-up outside, but the large selection and airy experience is worth it.