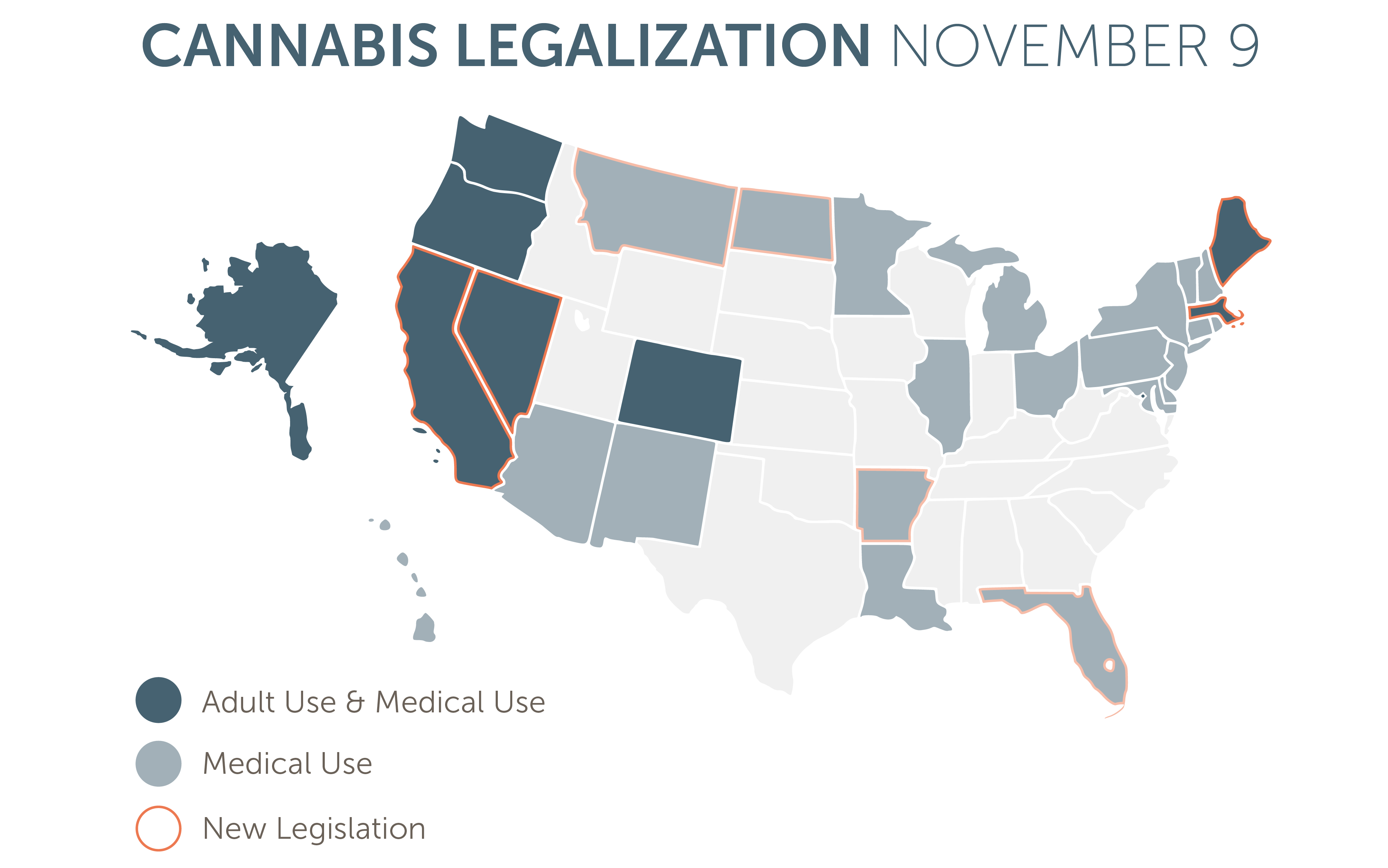 At the 2016 election, cannabis won big. And while the state victories may have been a secondary story after the biggest Presidential upset in American history, they still came as a magnificent surprise to those in the cannabis industry.

Five states considered adult-use legalization, and four voted on medical cannabis. All but one—Arizona—approved those measures. (For the full story on the final polls, see Leafly’s election night news coverage and wrap-up.)

These states are the latest to approve regulated legalization: California, Massachusetts, Nevada, and Maine. These are the latest states with legal medical marijuana: Florida, Arkansas, Montana, and North Dakota. Together, those states represent a total population of 75 million people. You can start to learn more about what cannabis legalization means in these states here on Leafly:

With the latest raft of legalization efforts, one in five Americans now live in a state where cannabis is legal for adults 21 and older.

In the United States, 29 states have embraced medical cannabis legalization. Eight states and the District of Columbia have enshrined regulated legalization for all adults 21 and older into law.