Legal Cannabis in Yukon: What You Should Know 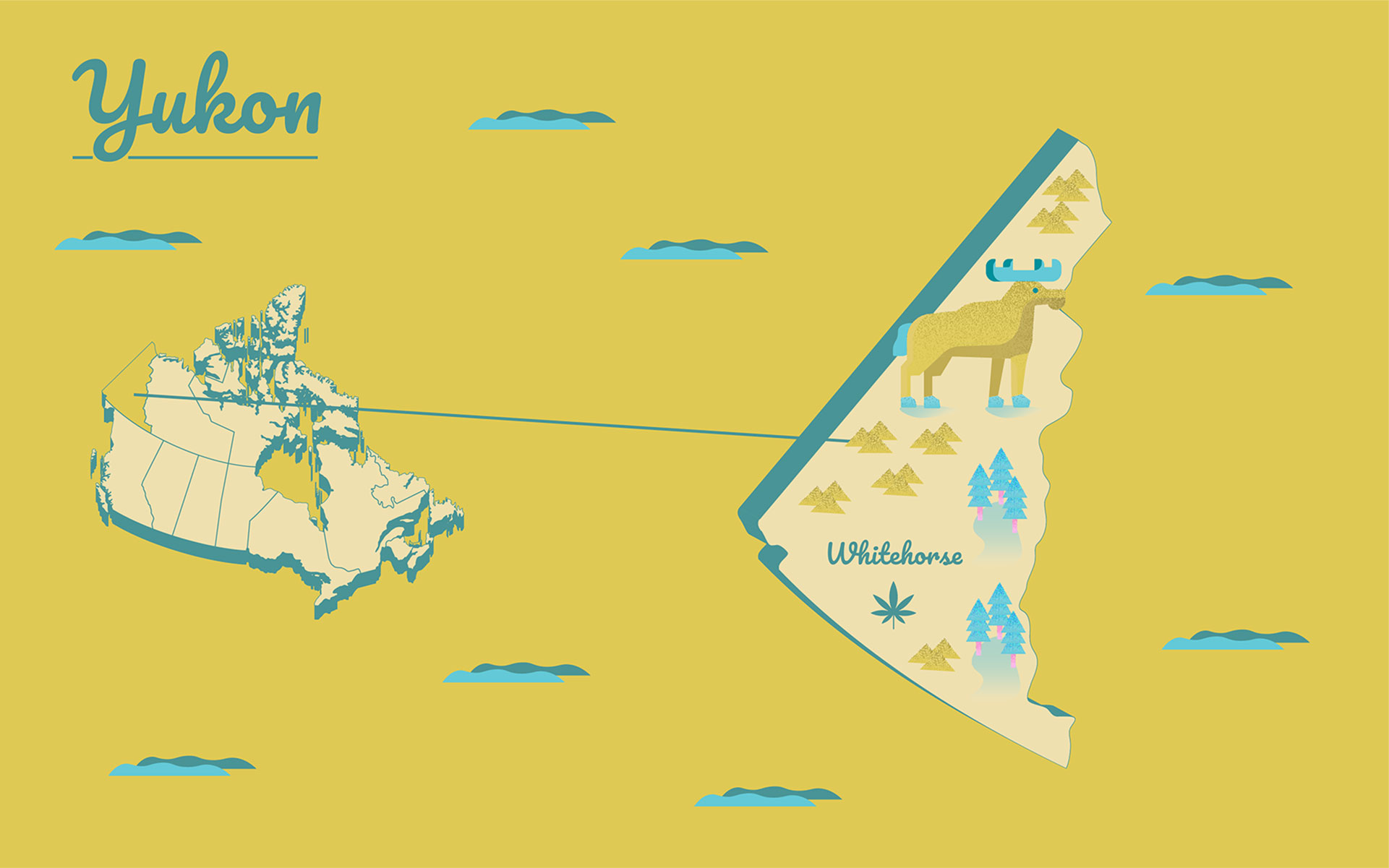 Cannabis will be sold in one Whitehorse store run by the Yukon Liquor Corporation (YLC), a government agency.

The YLC has promised that it will offer online sales, but that site, www.CannabisYukon.org, is not yet live or even in some sort of “Coming soon!” phase.

At a later date, probably 2019 at least, privately owned stores will be allowed to open for business.

Each province sets its own legal age, as with alcohol. In Yukon, the minimum age for purchase and possession is set at 19 years of age.

What Can I Buy in Yukon?

One publicly-run store will be allowed to sell a range of dried cannabis (aka flower or buds), pre-rolls, cannabis oils, capsules, and seeds for home growing. The province has supply deals with six licensed producers of cannabis. Edibles are not yet allowed, but are expected to enter the market nationwide in October 2019.

Will Yukon Stores Be Open on Oct. 17?

Yes. One temporary cannabis retail store will be open on legalization day in the province at 120B Industrial Road in Whitehorse.

All About Yukon Online Sales

Online sales of cannabis products will eventually be available, but it likely won’t be ready to go on Oct. 17. Look for it early next year.

Cannabis in any form cannot be used in vehicles by passengers or drivers. Rule of thumb: Keep it sealed and out of sight in a closed container.

It’s not known whether the Yukon government will allow an underage person to accompany an adult in the temporary cannabis store.

In Yukon, consumption of cannabis will obey be permitted in privately-owned residences and adjoining property where the owner consents.

The federal Cannabis Act allows adults to cultivate up to four plants per residence, and the province of Yukon is no different.

The Cannabis Supply Chain in Yukon

Like most other provinces, the province of Yukon will act as middle man. The government will also be responsible for online sales.

The Yukon government passed the Cannabis Control and Regulation Act, which sets out the parameters of lawful sale, purchase and consumption of cannabis in the province.

Unknown if Caps on Cannabis Stores in Yukon

There will only be one cannabis retail store in the Yukon to start, and it will be run by the government. When private stores are allowed, it is not yet known if they will impose a limit.