Oscar PascualOctober 21, 2018
Share
Share on Twitter   Share on Facebook
Print
The sativa Lamb's Bread helps power us through a midnight release of Rockstar's Red Dead Redemption 2 Thursday evening. (Rockstar)
Over the weekend, Erykah Badu sanctified the Demon Dayz Festival in Los Angeles, and South Park’s Randy started a Colorado hemp farm. Now, what? Pencil in some sick time, because the harvest needs a-trimmin’, and Red Dead Redemption 2 comes out for the Playstation 4. Ka-Pow!

Sativa to Watch — Lamb’s Bread. Bob Marley once loved smoking a grassy sativa that makes you feel no pain. He called it “Lamb’s Bread” or “Breath.” Today, the titular sativa surges in popularity, with a spicy, earthy taste fans say makes them feel happy and uplifted. Spotted at The Source in Las Vegas, NV. Popular along the Pacific, from Seattle to Los Angeles.

Productivity Hack — The Island mini pre-roll. Running out the door? Island’s five-pack of prepared cannabis joints stands ready 24/7. At 0.75 grams each, you’ll stay in the game, too.

Productive Product — Take the work out of play, and speed things along with Nevada’s best intimate topicals. Yup, that’s a thing now.

Isn't It Time for a Staycation?

Browse Nearby Cannabis With Leafly Finder 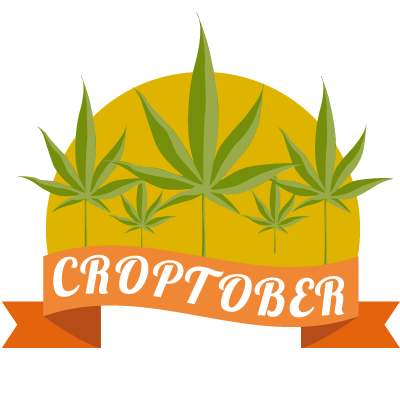 Sports — The MLB World Series is officially underway, as the Boston Red Sox face the Los Angeles Dodgers for the 2018 trophy; NBA superstar LeBron James finally made his debut as a member of the Los Angeles Lakers, scoring 26 points in his first game.

Every Monday @leafly collects the best of the week ahead in 'Hit This'. https://t.co/H3bvnpmwlg
This week: it's @dodgers versus @redsox in the @MLB #WorldSeries. Which side you on? Vote.

Fashion — Punk rock icon Kathleen Hanna launched the Tees4Togo T-shirt line, with all proceeds going to put West African girls through school; Nike celebrates the launch of Kobe Bryant’s first book by reissuing a popular colorway of the Kobe 1 model on Oct. 23; the Dad Shoe trend remains strong with the release of the Adidas Yeezy 700 in a new “Mauve” colorway, out Oct. 27.

News—It’s National Expungement Week, with events in a major city near you.

Cannabis prices slid over the weekend, amid a harvest both bountiful and bitter. Washington’s trendiest herb fell to scissors and snippers. . . . Canadians encountered legal supply issues as Leafly continued total Canada coverage. . . . Utah voters are fired up to elect Mitt Romney and legalize medical cannabis. . . . North Dakota legalization is polling at 51%—much too close for a sure win on Election Day.

I just win again, then win again like Wimbledon, I serve/

Yeah, that’s him again, the sound that engine in is like a bird/

You see fireworks and Corvette tire skrrt the boulevard/

I know how you work, I know just who you are

Did we connect? Give us your own picks in the comments.