Indica vs. Sativa Cannabis Edibles: Will They Affect You Differently?

At Leafly, we’re always comparing cannabis strains and appreciating the nuanced effects each has to offer, from the soaring cerebral stimulation offered by many sativas to the profound, relaxing effects indicas tend to bring to our bodies. But when I saw sativa- and indica-specific edibles line the shelves of my nearby shop, I wondered: can an edible preserve those nuances that have led us to treat indicas and sativas so differently?

A series of interviews and experiments led us to conclude that it depends. Though initially disappointed that these trials couldn’t yield a straightforward yes-or-no answer, I found that the exploration of why it depends is a much more fascinating road of thought.

With the help of Seattle edible producers Botanica and Goodship, we took a deep dive into all the factors that shape our edibles experiences – because it certainly isn’t solely governed by strain type.

Sativa vs. Indica: What Creates the Difference? 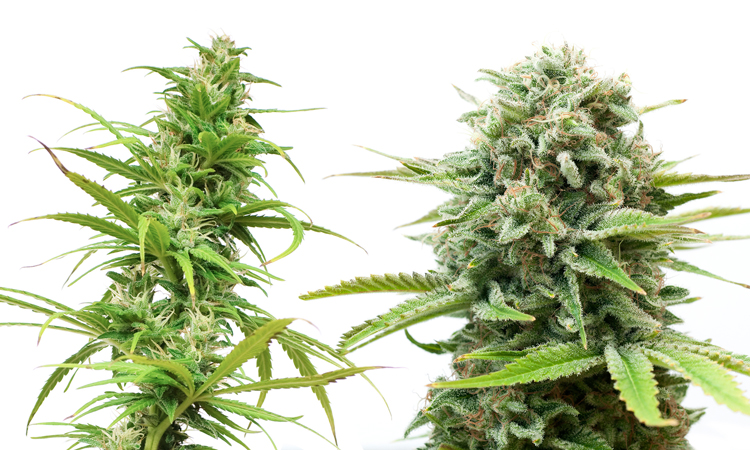 There’s widespread consumer consensus around the idea that sativa strains tend to be uplifting while indicas are more often sedating. This effect-based classification has been challenged by taxonomists and scientists alike, but still, many feel that there’s a stark difference between the two that can’t be brushed off as psychosomatic. What then drives the perceived difference?

Botanica’s flagship line of edibles, Spot, is one of few brands to advertise its infused products with indica- or sativa-specific labels. Its production facility is a meticulous warehouse of mixers and machinery, an industrial kitchen pumping out edibles to the beat of music like XXYYXX and Muse. Guiding our hair-netted heads through the facility and between engaged bakers, Lena and Nico of Botanica explained the difference between their sativa and indica products.

“There are 150-ish molecules that are interacting with our bodies when we intake cannabis,” Lena told us. “It can’t just be THC. CBN acts as an analgesic, CBD is an anti-inflammatory, THCV in different ratios and potencies can either make you more paranoid or less paranoid. It’s alchemy of plant matter.”

Knowing the importance of these different compounds called cannabinoids, the infusion artists at Botanica aimed to maintain these chemical profiles by processing their starting strains gently, cooking slowly at low temperatures to ensure that all the plant’s important constituents were preserved – not just its THC.

Another factor at play is terpenes, the aromatic oils that give cannabis its smell. Terpenes also modify the effects of THC and other cannabinoids, which is why more attention is being given to these fragrant compounds when it comes to strain-specific effects. The thing is, there isn’t exactly consensus over what gives indicas and sativas their polarized effects.

Whether it’s the terpenes, the cannabinoids, or a combination of the two, the next step was to find out whether or not those nuances can be captured in the process of baking.

Experiment: Could We Tell the Difference Between Homemade Sativa and Indica Edibles? 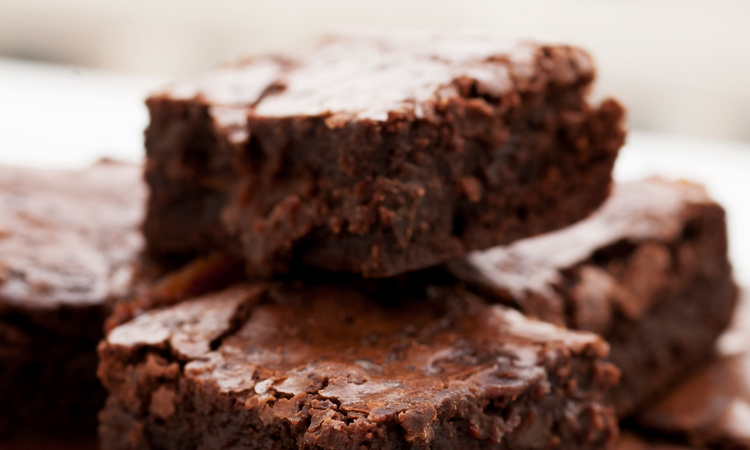 Curious to see if I could harness indica- and sativa-specific effects in my own homemade edibles, I baked with two strains I knew had polar opposite effects: the heavy indica Skywalker and the cerebral sativa known as Timewreck. Using the same heat and cooking duration for each, I made an indica and a sativa butter and made two separate batches. They were put in bags marked only with a number, and in a double-blind test, my team at Leafly took the brownies over the weekend and reported back with their assumptions as to which was the indica and which the sativa.

The not-so conclusive results showed that 5 out of 8 testers guessed correctly, noting that one was more sedating than the other. The intensity of experiences reported differed wildly, thank to my inability to “homogenize” homemade butter. In other words, the butter was distributed unevenly, leaving our most seasoned cannabis veteran with a non-intoxicating piece and one of our lighter consumers with the most THC-packed square of them all (sorry, Kelly).

Because the batch was non-homogenized, it’s impossible to say what role tolerance may have played in that scenario. Without a doubt, people’s bodies absorb and metabolize cannabis differently, and this is definitely something to consider when approaching edibles.

“There’s no control for different people’s endocannabinoid systems,” Will Ritthaler from Goodship explained. “The tests in the labs will give you [potency] results, but you’re always going to back to somewhat of a subjective filter.”

That subjective filter can also influence our expectations and interpretations of the indica and sativa experience. A low-tolerance, anxiety-prone individual could have a terrible experience with a 30mg edible while a THC heavyweight barely feels much at all. The intensity or nature of those experiences – and how our bodies respond to them – has great bearing on what we interpret as a sativa or indica effect.

This was particularly true when I next tried Spot’s indica and sativa edibles in a blind test.

Experiment: Is There a Distinction Between Professionally-Crafted Sativa and Indica Edibles? 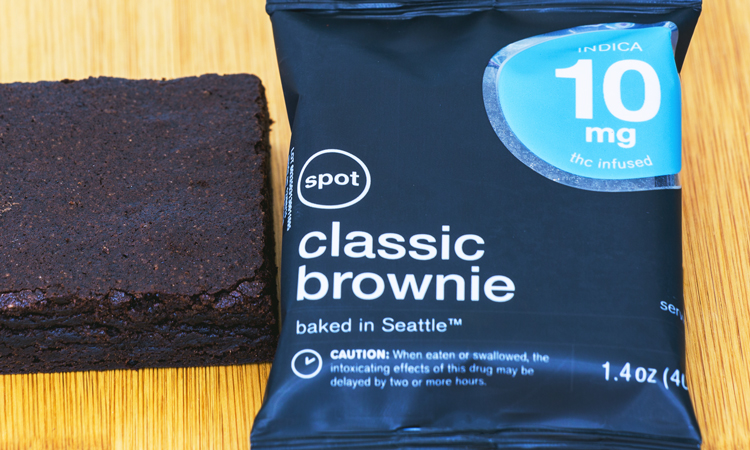 Scanning Spot’s labels, you won’t find any advertising of “uplifting” or “relaxing” effects anywhere. Just a simple demarcation of “Sativa” or “Indica.” I had expectations for both, so without telling me which I was taking, my partner gave me one type of Spot brownie one day, and I ate the other brownie type a day later.

The first unmarked brownie was taken in the evening as I settled down to play video games, wrapped in blankets. Within 20 minutes, I was in a catatonic state muttering, “This has to be the indica,” until I conked out. Around lunchtime the following day, I took the second brownie and felt a dense euphoria gather in my head, but nothing that could be described as “sedating.” “Relaxing,” sure – I was in fact attached to my couch playing video games for the next several hours, and no part of me wanted to be active or out at any time during that edible’s duration. It was a blissful, functional high that did feel beautifully nuanced as my tension eased, my mood lifted, and my focus fixated.

Either could have been an indica based solely on perceived effects, but I knew one had to be the sativa product, so of course I chose the first one I tried (the one that shut off my brain within a half hour of ingesting it) as the indica brownie. Shocker: I was wrong. And when I gave some thought to it, of course I was. As someone who has long been affected by chronic fatigue, cannabis of any variety (with a few exceptions) tends to pacify me, and it’s only early in the day that my body can detect any sort of “uplifting” qualities a strain has to offer.

And what if I had known in advance that one was the sativa and the other indica? Would that psychosomatically change my experience? Or what if I’d taken them both in the evening, or in the morning? All are questions to consider for future studies.

Whether or not everyone’s bodies respond as expected, the concept of customizing edibles based on strains is a fascinating one. If producers can harness the complex nuances found in indica and sativa flowers, consumers would be able to make smarter purchases based on their needs.

“We want a product that’s going to get consumers out of this THC-focused mentality,” Lena from Botanica explained. “We wanted to create a brand that allows you to emotionally relate to the experience. You might say, ‘I like the concept of a sativa edible,’ or ‘I like the concept of an indica edible.’ But it had to be deeper than a concept. It had to be proven in your body’s experience.”

Our limited experimentation may have had mixed and inconclusive results, but in the spirit of science, we were able to bring to light the following variables and considerations that could be useful to edible enthusiasts:

We want to hear your anecdotal evidence. Have you experienced differences in indica and sativa edibles? Share your thoughts and advice in the comments section!